Everyone knows that coins are pretty disgusting, and you wouldn’t put your hand near your mouth after holding the safty rail on the bus, but have you ever thought just how many germs are living on your smartphone?

You hold it after that handrail, place it down on bars and tabletops, and even use it while in the bathroom.

Short of a quick de-smudging of the screen though, rarely during the length of your 24-month contract do you give it a proper clean.

That could all be about to change though as there’s now dedicated toilet paper just for wiping down your handset. Seriously. 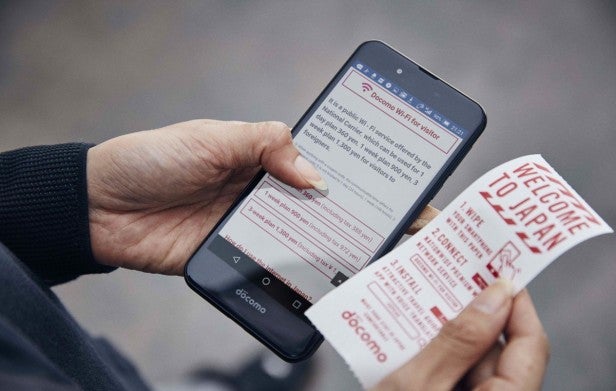 OK, so this isn’t something you’re going to start picking up during your weekly big shop, but smartphone toilet paper has started popping up in Japan.

More marketing stunt than real product, the smartphone toilet paper is being rolled out in the restrooms of Tokyo airport, sitting on miniature toilet roll dispensers next to the full size option.

As well as being a hygiene-boosting move, this is a practical one, too.

The compact phone-friendly bog roll has been printed with some pretty handy information on it, including details of the airport’s free Wi-Fi network and details on decent travel apps.

Available in 86 bathrooms throughout the airport, the smartphone toilet paper will be available until March 15 next year.

That just happens to be around the time that a fleet of new, high-end handsets are expected to drop, with everything from the Samsung Galaxy S8 and HTC 11 to the LG G6 and maybe even an iPhone SE replacement all tipped to make an appearance during the first quarter of the New Year.

Would you use smartphone toilet paper? Let us know in the comments.