Mark it down in the tech history books, folks: this was the Apple launch when a post-event titbit about SIM cards stole the show from the finest iPads yet.

Following the unveiling of the iPad Air 2 and the iPad mini 3 on Thursday, Apple chose to quietly reveal the biggest news of the night in a footnote next to the tablets on its website.

In case you didn’t hear, the Wi-Fi/cellular versions of the slates will come pre-installed with an Apple SIM, a software-based, network-agnostic solution that gives consumers power to sign up to short-term mobile data deals and switch between networks at home and abroad, without messing about with those tiny pieces of plastic.

In an awesome turn of events, iPad owners will be able to simply choose data plans and change them on the fly within the connection settings. No longer will they be handcuffed to a network at the point of purchase (as they are in the United States); they’ll get to pick and choose what suits them.

Travelers between the US and the UK, many of whom rely on their iPads for navigation, will no more have to research communications when abroad, faff around ordering and picking up a local SIM card, nor pay expensive roaming charges. They’ll simply be able to get connected as soon as that plane hits the tarmac.

Pretty cool, huh? In my view this already makes the new iPads tough to beat as the best travel gadgets out there. 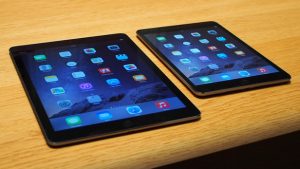 Now, my first thought when stumbling upon the news on Thursday night was: “I want this on my iPhone right now!”

As someone who splits his time somewhat evenly between the UK and the United States, I would love the freedom to switch over to a one-month plan when I come back to Blighty. Instead I’m messing about with two phones, paying for both of them concurrently.

As it stands, as an iPad-only solution, it’s comfortably the most compelling reason to upgrade my haggard but still perfectly serviceable iPad 2. Until now, I’d thought I’d be sticking with the old boy until it conked out.

But the Apple SIM is a big deal to more than just the frequent flyers. Aside from the extra freedom and flexibility it offers consumers, it also has the potential to democratise communications, forcing the providers to up their games.

If users, untethered from two-year contracts, can switch almost at will for a better deal or improved services, the networks are going to have to do more to keep users in their corner. That means more attractive and flexible tariffs and hopefully cheaper prices.

Therein lies the reason why Apple didn’t shout too loudly – they practically whispered – about the Apple SIM. It has the power to seriously shake up the wireless industry and leaves Apple’s network partners looking a little vulnerable. When you think about it, it’s remarkable the networks are agreeing to go along with such a proposal, but that’s Apple’s great power isn’t it?

Can you imagine what EE or AT&T would say if HTC, Samsung or Sony suggested something like this? I don’t think I need to tell you the first word, but the second word would be ‘off.’ 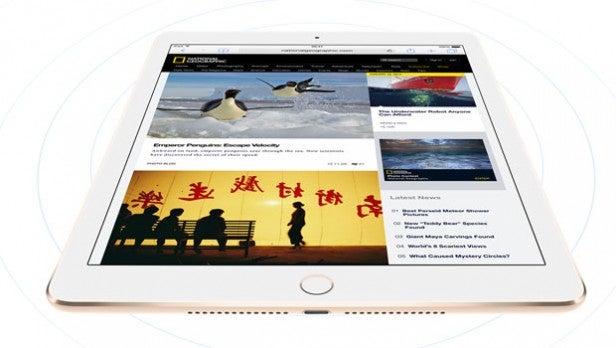 All in all, Apple left perhaps the most important announcement out of a somewhat pedestrian and laborious event (which was so loaded with lame Dad jokes, it felt like a Chevy Chase film), in order to somewhat appease those network partners.

However, make no mistake, no matter how much Apple is playing it down, the Apple SIM is a much bigger deal than the addition of Touch ID and a gold paint job.

Read more: iPad Air 2 vs iPad Air: Should you upgrade?