Qualcomm has announced its latest flagship smartphone processor will be called the Snapdragon 8 Gen 1 rather than the previously rumoured Snapdragon 898.

The Snapdragon 8 Gen 1 features a new 4nm process, with Qualcomm claiming a 20% performance boost for the new Kyro CPU compared to the previous generation, and a 30% uplift for the Adreno GPU.

Qualcomm is also introducing its 7th generation AI engine for the new Snapdragon chip, quadrupling the performance with advanced AI hardware and software. This should help to boost the performance for the likes of face detection and translating sentences, while also enhancing the quality for snapping photos and recording videos.

The new Snapdragon chip also allows phone manufacturers to have an ‘always-on camera’, enabling you to unlock your phone via facial recognition without even touching or waking it beforehand. This should theoretically speed up the process of unlocking your phone, making facial recognition sign-ins more seamless.

For everything else you need to know about the Snapdragon 8 Gen 1 chip, keep reading on.

Qualcomm is yet to confirm when the Snapdragon 8 Gen 1 will make its debut inside a smartphone, but it did reveal that the Xiaomi 12 Series will be the very first smartphone to feature the new chip.

Rumours indicate that the Xiaomi 12 Series could launch as soon as December, although no information was provided during the Qualcomm Tech Summit.

The Snapdragon 8 Gen 1 is expected to pop in more smartphones throughout 2022, including the successor to the Samsung Galaxy S21.

We’re also expecting to see additional Snapdragon chips from the new “Gen 1” range. These chips will likely be less powerful, and will be packed inside more affordable phones.

The Snapdragon 8 Gen 1 uses a new 4nm process, which is an upgrade on the previous generation’s 5nm node. A smaller node means that chip manufacturers can squeeze more transistors into the chip, allowing for improved performance.

The gaming performance should also be getting a major boost, with the Adreno GPU supposedly seeing a 30% faster performance and 25% improved power savings.

Qualcomm has emphasised that gaming performance should be getting an uplift thanks to improvements to the AI too. The new Adreno Frame Motion Engine will apparently be capable of boosting the frame rate, while also increasing power savings. Or alternatively, you’ll have the option to keep the frame rate stable, but reduce the power consumption by 50% – a big boon for anyone who gets frustrated by how quickly games can deplete a smartphone’s battery.

Just like the preceding generation, the Snapdragon 8 Gen 1 will support both Wi-Fi 6E, Wi-Fi 6 and Wi-Fi 5, allowing you to take advantage of an improved internet connection when using compatible routers.

The new chip will also support 5G, with record speeds of up to 10Gbps. However, it uses mmWave in order to reach those high speeds, and that technology is currently only available in the US, China and Japan. Qualcomm suggests coverage will be rolled out to more countries in the future, including those in Europe, but it’s unlikely to arrive anytime soon.

Qualcomm hasn’t offered any benchmark results for the Snapdragon 8 Gen 1 just yet, and because the chip is yet to launch in smartphones, it’s currently impossible for us to conduct our own benchmark tests.

However, Phone Arena has spotted a leaked benchmark result (via 8 o’clock tech tipster account) that indicates that the Snapdragon 8 Gen 1 has surpassed the one million mark in Antutu.

For comparison, the Qualcomm 888 chip (inside the Samsung Galaxy S1 Ultra) usually sees scores around 800,000, which means the Snapdragon 8 Gen 1 looks to be significantly faster.

Of course, we can’t completely trust this leak so it’s worth retaining some scepticism for now. But once we’re able to benchmark the new chip for ourselves, we’ll make sure to update this section.

Like with most Snapdragon generations, Qualcomm has put a big focus on improving smartphone camera quality thanks to its new 7th generation AI engine, which is 4 times faster than the previous generation.

Qualcomm claims the new 18-bit ISP packs 4096 times more camera data than the previous generation. This unlocks new capabilities, such as being able to export 18-bit RAW images and having an additional 4 stops of dynamic range which will allow for “brighter brights and darker darks” in photos.

The company has also doubled the burst capability, enabling phones to take as many as 2040 12MP photos in one second. Qualcomm says that night mode is now five times better too.

The new Snapdragon 8 Gen 1 enables you to shoot video in 8K HDR, with support for the HDR10 standard. Qualcomm also suggests the new “video super resolution” will improve the zoom capability of the camera.

And remember the Bokeh feature that enabled you to automatically blur the background in a photo for a more focused view on the target? Now you’ll be able to do this with a 4K video.

There have also been substantial improvements to facial detection technology, with artificial intelligence making it faster and more accurate than ever before. The camera will be able to track specific elements of your face too – whether that’s your nose, mouth, eyes or eyebrows – making it easier for emojis and the like to copy your facial expressions.

What’s even more impressive, the new Snapdragon 8 chip allows for an ‘always-on camera’ which means you’ll be able to unlock your phone by simply looking at it. There will be no need to wake it beforehand by picking it up or tapping a button.

Qualcomm also revealed that the ‘always-on camera’ can scan QR codes without needing to wake the phone.

Smartphones packing the Snapdragon 8 Gen 1 will also seen an improvement in audio quality, at least when paired with headphones supporting Snapdragon Sound Technology.

Firstly, the Qualcomm aptX Lossless Technology will allow phones to play music via Bluetooth at a CD quality, just how the music artist intended.

Gamers will also be able to make use of lag-free sound, with Qualcomm able to reduce the latency of audio, even over a wireless connection.

Unfortunately there is a catch to all of this, as there currently aren’t many headphones that support Snapdragon Sound Technology. However, the technology only launched this year and since its boasting so many useful features, its highly likely that many new headphones will support the technology in the future.

AI-noise suppression will also help to block out background noise when you’re on a voice call. So if you’ve got a screaming baby or a barking dog in the background, the person on the other end of the call should still be able to hear you clearly without distraction.

The Snapdragon 8 Gen 1 looks to be a very impressive smartphone chip. You’re not only getting a significant boost to the CPU and GPU performance, but also a slew of new AI-based features that will no doubt take the camera performance to new heights.

The “always-on” camera feature will likely get the most attention, allowing users to unlock their phone without waking it beforehand, but the likes of 8K video recording, improved night mode performance and lossless wireless audio are worth getting excited about too.

Disclaimer: Qualcomm has paid for travel and accommodation costs for us to attend the Qualcomm Tech Summit in Hawaii, but this will not affect our judgement on any new products, including the Snapdragon 8 Gen 1. 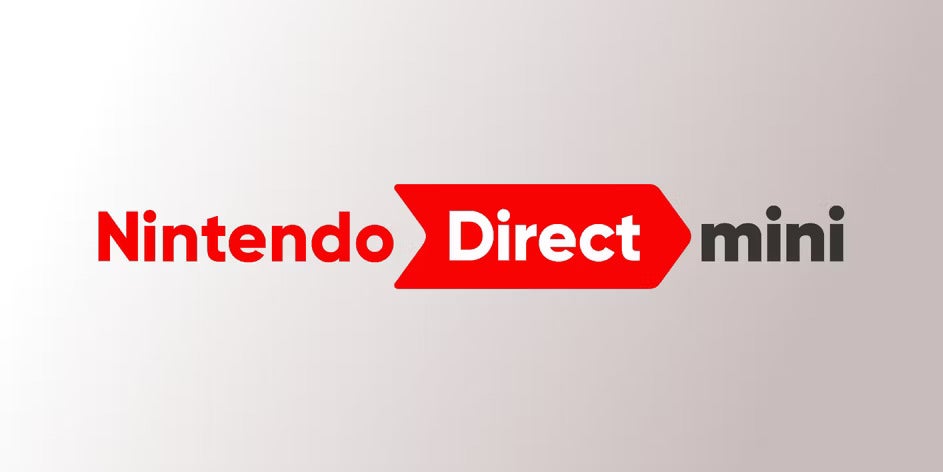 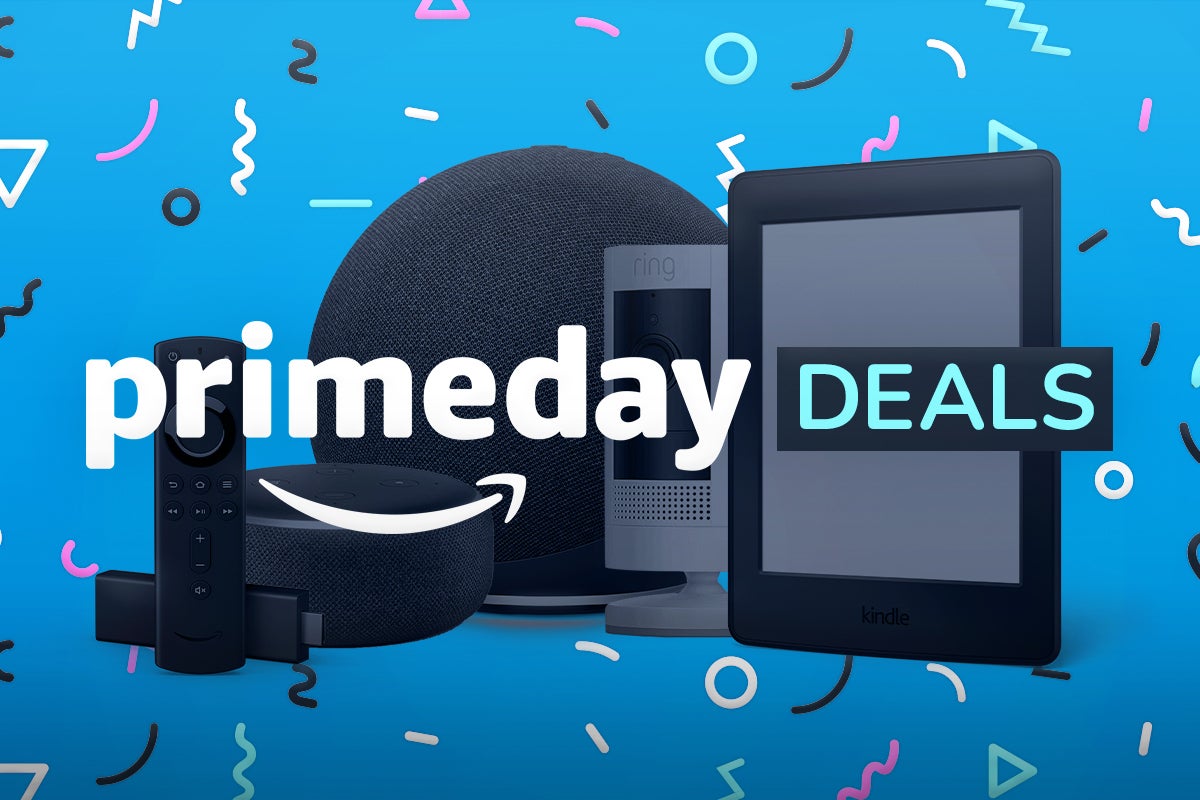 Prime Day 2022: The countdown is on for Amazon’s massive sale 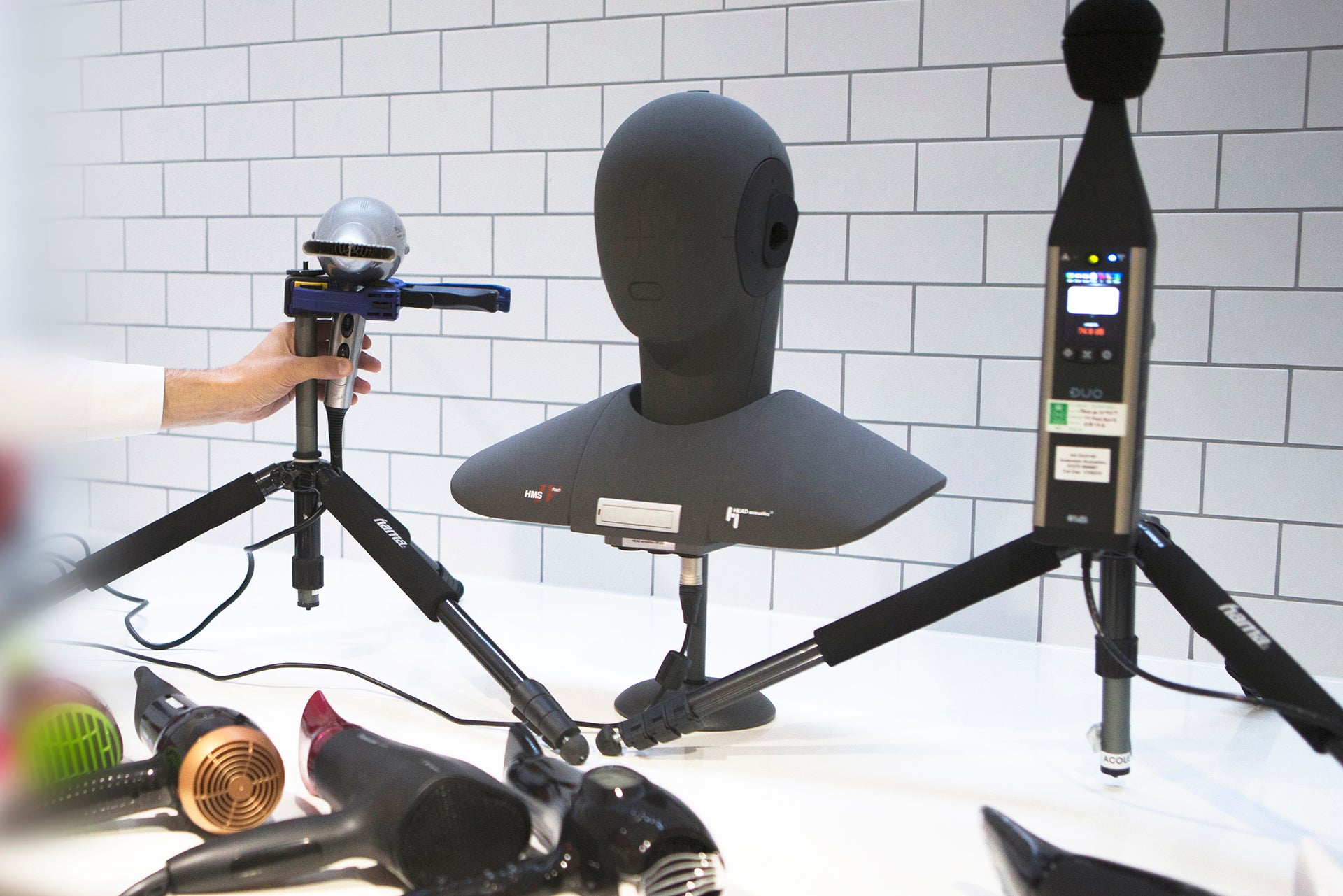 An end to annoying sounds: how Quiet Mark works with manufacturers to make better products 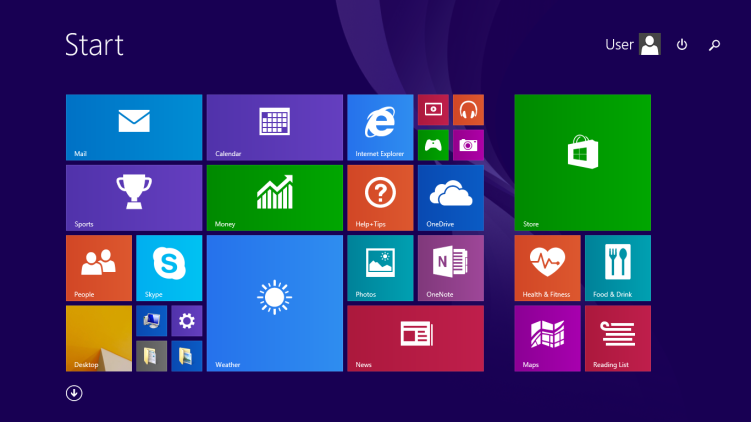 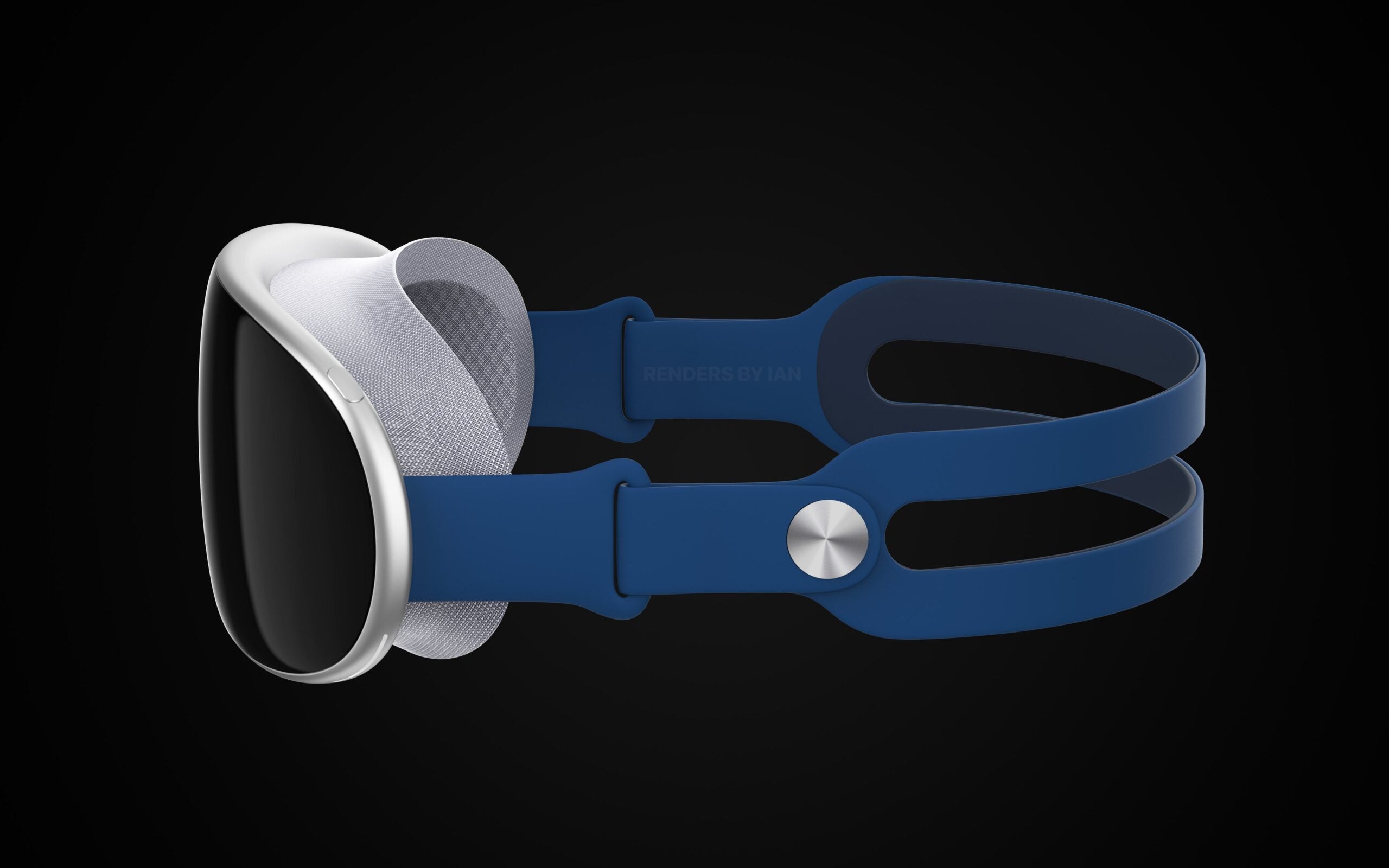 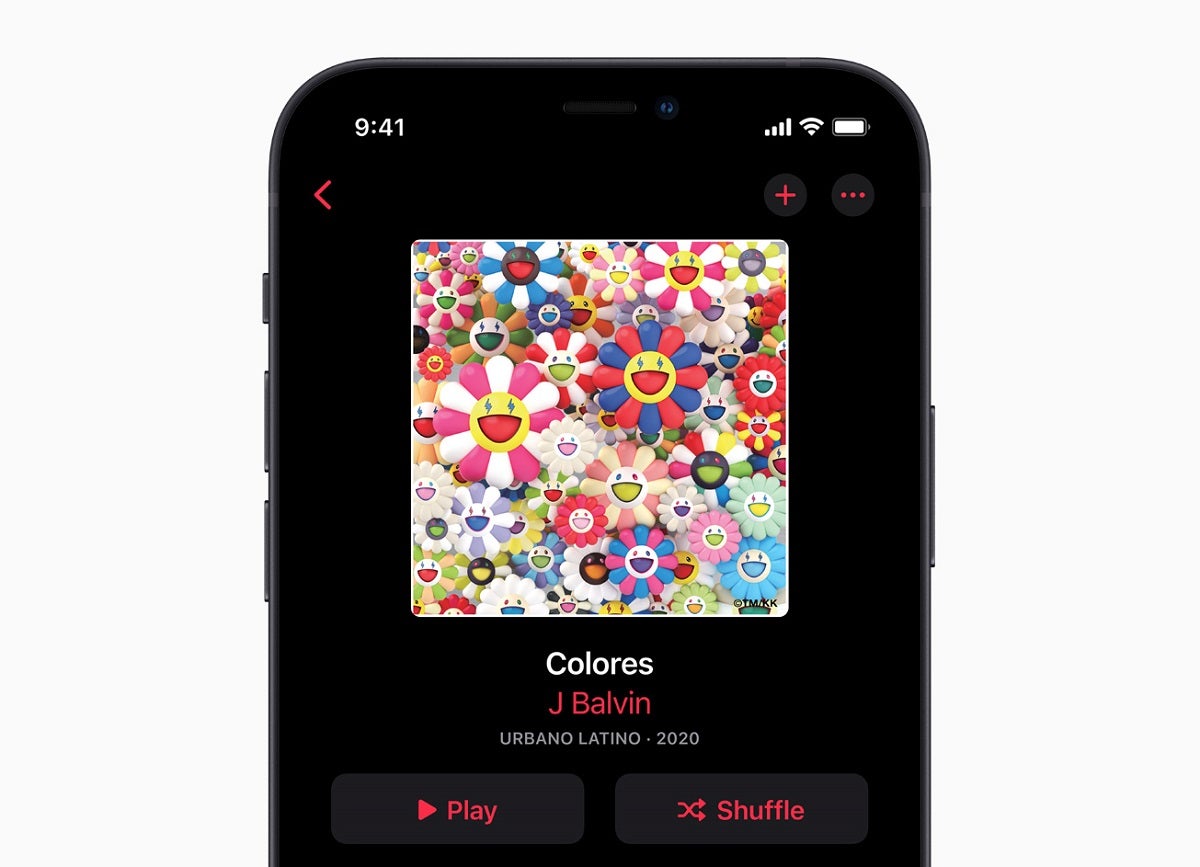