This week’s pick is Remix IO, a set-top box, games console and mini PC in one. And our one to avoid? A camera that takes the ‘selfie’ to a whole new level.

What is Remix IO?

A one-stop-shop for your entertainment needs.

It’s a set-top box, games console and PC all at once, so stick it under your telly and you won’t need to move from the sofa all weekend.

How is this possible? It runs Android Nougat, giving it the versatility it needs to do everything but slob out for you.

A lot of devices claim to be adept at multi-tasking, but often they’re a jack of all trades and master of none. Remix IO, however, excels in all areas, on paper at least.

It boasts an octa-core processor, which should keep things moving nicely. That partners with 2GB of RAM, so it should be able to handle the latest Android games no sweat. 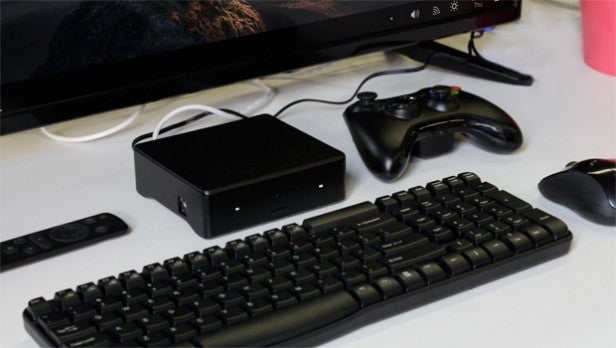 It’s equipped for 4K viewing at 60fps, just like the best streaming boxes around, and it can run apps from both standard Android and the Android TV OS – they exist side-by-side on the device, as if it was one operating system. Neat.

It also has HDR tech on board, which is something usually reserved for only the cream of the crop when it comes to streaming boxes.

Worried about the fact that Android games are optimised for touch input? Don’t worry, you don’t have to get down on your knees and prod your telly. The makers have included a Gaming Toolkit, which lets you custom map your most natural keyboard/mouse and game controller buttons to any Android game.

Plus, it’s a pretty capable Android PC in its own right. . (Though remember, if you’re using the VGA, you’ll miss out on the 4K goodness.)

It runs Remix OS, a new operating system based on Android, which allows for multiple user accounts, so everyone in the family can set their own profile. It also gives you multiple windows for multitasking, a task bar, start menu, keyboard and mouse optimisation, and more. 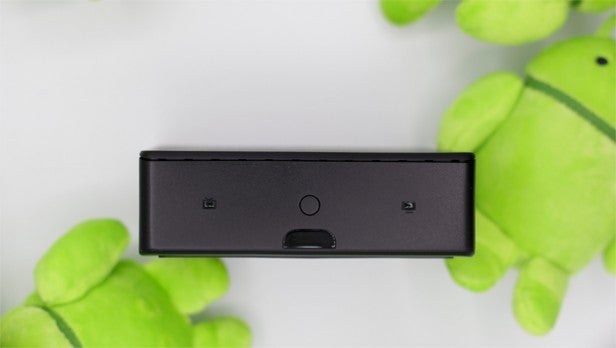 Before you go chucking money at anything on Kickstarter or Indiegogo, a word of warning. Crowdfunding inherently entails risks, as by backing a project, you’re giving the team behind it financial assistance to make their idea a reality – not buying a finished a product.

All being well, you should get your product, it’s just not guaranteed, and nor is the delivery timeline, so bear that in mind and consult Kickstarter’s Backer FAQ for more information.

There’s plenty that can go wrong with such a complex product like Remix IO, but the makers say they have a dedicated team just a 30-minute drive away from the manufacturer, so they can deal with any issues in person.

They also say they’re working with “highly experienced logistics partners” to mitigate any issues with shipping.

If it all goes to plan, it should start shipping in March. 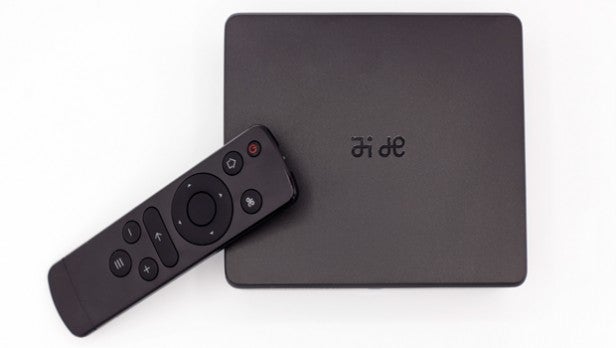 Admittedly, you can do pretty much the same thing with any lounge-based PC, but they’re usually hulking great beasts that you wouldn’t want anywhere near your telly.

You can play games on the Amazon Fire TV – it even has its own controller – but it can’t double as a PC.

Related: We all secretly want a robot butler like Big-i

In other words, no, nothing else offers the same capabilities in such a compact form factor.

It’s the 21st century. If we want to do different things on our TV, like email, browse the web, stream shows and play games, we shouldn’t have to keep switching from our streaming boxes to our smart TV interfaces, and then stopping to hook up a laptop. It should just work. 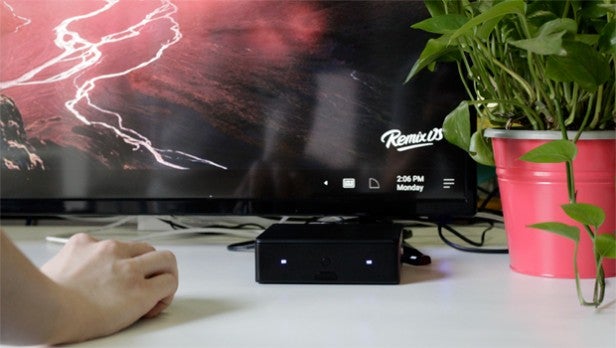 If that sounds like music to your ears, Remix IO could well be for you. The early bird is just $99 (around £80). Considering that’s only a few quid more than an Amazon Fire TV, it sounds like a bargain to us.

Why would you want to do that? Who knows.

Seeing as the man behind it calls himself “Dick Long Wang,” we assume it’s a joke. At least we hope it is.

What do you think of Remix IO? Let us know in the comments below.