This week’s top choice is the MVR Ascend, a new British-made VR headset that lets you play pretty much any FPS or open-world game in virtual reality on the PS4, Xbox One or PC.

Our one to avoid? Apparently, someone thinks the world needs another photo sharing platform…

What is the MVR Ascend?

A VR headset, but maybe not as you know it.

Unlike existing big-name products like the Oculus Rift, HTC Vive and Gear VR, the Ascend wants to transport your existing games collection into the wild world of virtual reality, regardless of which platform you play on.

It’s a mid-range headset that also doesn’t tether directly to your console, potentially giving you greater freedom of movement – and it’s being designed in Greater London.

We’ve already experienced it in the flesh, so read on to hear why it might be worth a punt.

The MVR Ascend wants to make VR gaming more accessible, enabling you to ‘translate’ all of your favourite titles into virtual reality in little to no time.

Comprised of an HMD and controller, the smartphone-based VR solution supports PS4, Xbox One and PC first-person shooter and open-world games.

When we tried out a prototype recently, we had a go on GTA 5, Call of Duty: Black Ops 3 and Project Cars to get a feel for the hardware and its capabilities. While it’s by no means the finished article, our brief time with the Ascend was enough to leave us intrigued.

Central to the concept is an integrated sensor that tracks your head and body movements while you play. Connecting to MVR’s bespoke-designed controllers, the idea is to give the gamer a ‘tether-free’ VR gaming experience that lets you make the most of the immersive environment.

Just slot your smartphone into the headset’s caddy, pair it with your console’s streaming app, and you’re more or less away – for PC gaming, a free third-party app is available to give you a wireless screen.

There’s some other niceties as well, not least built-in headphones and the fact that MVR is open sourcing its game calibration software. It promises that the most popular games will come pre-programmed, but there’ll also be the ability to tweak (and share your tweaks) with the wider VR community.

Another neat touch is the fact that the Ascend headset comes with a ‘flip-up’ function that lets you re-enter actual reality without dismantling the HMD.

Crowdfunding isn’t always straightforward. When you pledge money, you’re supporting a concept or idea, not buying a finished product, so there’s no guarantee you’ll ever have anything to show for your financial support.

While we endeavour to only share projects we think have a great chance of making it, you should still have a good think before backing a campaign, and read Kickstarter’s Backer FAQs if you’re unclear about anything.

The MVR Ascend showed some promise when we demoed the prototype, but it was far from the finished article. The team behind the Ascend were refreshingly honest about the challenges they faced, which include offering a wider selection of VR-esque games straight out of the box, improving audio and video quality, reducing lag, and addressing the inevitable headset headache issue.

MVR aims to start shipping the Ascend in July 2017, which gives it more than six months post-crowdfunding to refine the product, though there’s no guarantee if or how much it will be improved.

According to the company, production details are currently being ironed out and talks are underway with some ‘significant’ third parties when it comes to fitting the Ascend with better-quality components. 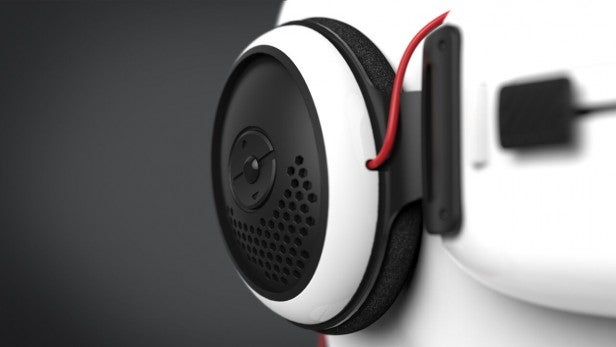 Well, VR headsets aren’t exactly new, but in terms of the Ascend’s aim of translating your existing games collection into virtual reality, not really – that’s why a number of its core features are patent-protected, with many more pending.

At present, games developers are scrambling to update their titles for VR headsets, so what sets the Ascend apart is that it promises to let you play pretty much any title in virtual reality on the (relative) cheap.

While other HMDs are technologically superior, the MVR Ascend is going for mass-market appeal, and that could be its ace in the hole.

Casual to keen gamers should give it a look. As well as the ol’ chestnut of ‘buying British’, who wouldn’t want to be able to play all their existing games in VR?

An added bonus is that the MVR Ascend doesn’t cost the earth like some other headsets. Early-bird bundles start at just £129 for a headset and a controller, which is a shade more than the Gear VR but shedloads cheaper than the Vive and Oculus Rift.

It’s still a gamble, of course, but it’s one we’d take ourselves.

You can back the MVR Ascend on Kickstarter here.

Watch: What is VR?

What do you make of the MVR Ascend? Let us know in the comments below.