Oppo recently confirmed that its next Find X flagship would be one of the first phones to pack Qualcomm’s Snapdragon 888 5G chipset. Now we have the first image of the Oppo Find X3 Pro.

We crowned the Oppo Find X2 Pro our ‘Phone of the Year’ in 2021 and that means there’s a lot of anticipation for its successor, which we should see in early 2021.

Here’s what we know so far, including the confirmed chipset and rumoured design.

The first render of the 2021 flagship was posted by Evan Blass (aka @evleaks) on his Voice page and it showcases the sizeable camera bump on the rear of the device. The render showcases a quad camera, which is a little more pronounced than most flagships we’ve seen in the past.

The camera array is said to include a 25x “microscope” macro zoom lens and a pair of as-yet-unannounced 50-megapixel Sony sensors. You can see the render, its interesting shape and the large 6.7-inch display below. 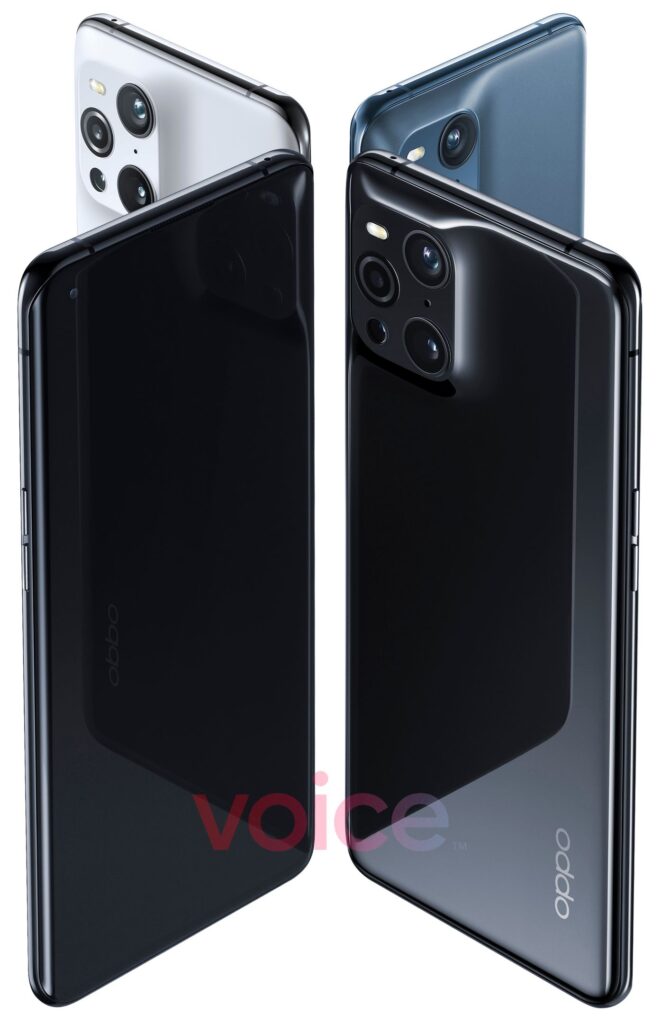 Oppo Find X3 Pro Specs and Performance – Snapdragon 888 on board

“The new Find X smartphone series will push the boundaries of display and camera”, announced Oppo in the press release announcing the phones impending arrival. The same announcement also revealed it would be powered by Qualcomm’s latest high-end chipset – the Snapdragon 888.

Prolific leaksters Evan Blass and Digital Chat Station have also revealed some of the other specs they expect to see on the new Oppo phone.

According to Blass, the Find X3 Pro – codenamed Fussi – will be marketed with the slogan “Awaken Color” to draw attention to its support of end-to-end 10-bit colour. The 6.7-inch, 1440 x 3216 display has an adaptive dynamic frame rate of 10Hz to 120Hz and is capable of displaying images in its quad camera’s 1.07 billion native colours.

The Pro is expected to be 8mm thick with a curved screen and back, and weigh in at 190g. The backs will reportedly have a ceramic glaze or matte frosted glass design and come in black and blue, with white joining the range later.

Blass says the Pro will be fitted with a dual cell 4,500mAh battery and support 650w SuperVOOC 2.0 wired charging and 30w WOOC Air wireless charging. The NFC design also boasts a dual-body antenna, allowing users to make payments screen-down as well as with the back of their device.

The display, camera and battery details were also leaked by Digital Chat Station on Twitter (via MyFixGuide), though the tipster appears to refer to the Find X3 series rather than specifying the Pro model as Blass did.

The Oppo Find X3 series is expected to launch in the first quarter of 2021, with the price and release date still to be confirmed.