NAD’s M10 is a new addition to the brand’s Master Series of luxury, high-end audio products. It can serve as the heart of your home system, or it can be used in conjunction with other players in a BluOS network.

Under the hood is a ESS Sabre DAC that supports bit-rates up to 32-bit/384kHz and Dirac Live Room Correction, which analyses your room and speakers to optimise the audio performance. In terms of connections, the M10 has you covered both for analogue and digital connections, with coaxial and optical inputs alongside subwoofer and preamp outputs. It also has space for a HDMI eARC connection to flat-screen TVs, allowing the user to control the TV sound from the M10. 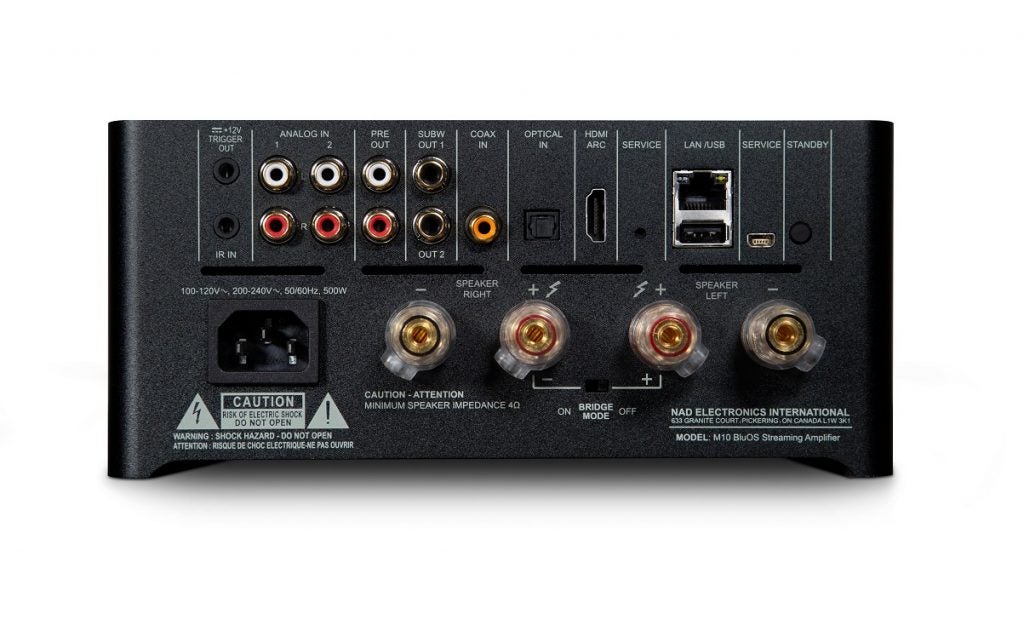 The M10 makes use of Hybrid Digital amplification, which NAD claims is able to drive any loudspeaker. “Conservatively” rated at 100 watts per channel, it can drive that power into 8/4 ohms.

There’s support for the BluOS platform, bringing multiroom support and high-resolution audio streaming into the fray with MQA. Supported file types include DSD, FLAC, WAV and AIFF, with access to 15 free and paid-for subscriptions including Amazon, Spotify, Tidal, Deezer and Qobuz. You can also access locally stored music files. And if that’s not enough there’s AirPlay 2 support and AptX HD Bluetooth, too.

It also proves to be a bit more than just a streaming amplifier. There’s compatibility with all leading smart home systems, which allows control of lightning and heating through the device.