Previously exclusive to the Legacy Edition of Call of Duty: Infinite Warfare, news of a solo release has been slowly leaking online for several months now.

Now, it appears the remaster is getting the standalone release many have been waiting for. That is, according to seasoned insider Charlie Intel.

Having previously leaked details of Call of Duty: WW2 prior to its initial reveal, this is more than likely a legitimate retail copy of Modern Warfare Remastered. 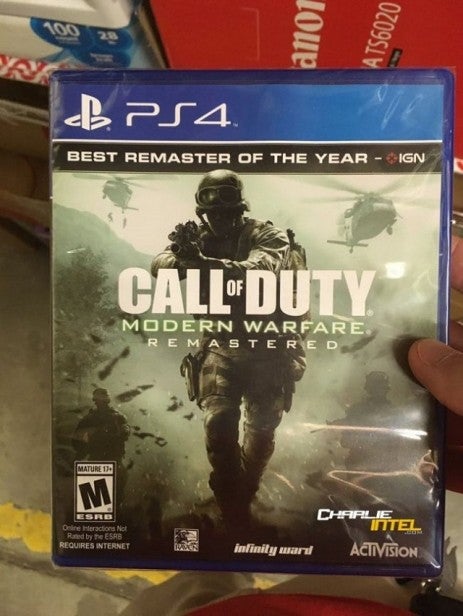 The tipster suggests that the PS4 version of Modern Warfare Remastered will launch on June 20, with Xbox One following a month afterward on July 20.

In terms of pricing, it seems the standalone package will retail for $39.99. If true, it’ll be far less than your usual AAA release. Good, given the fact it’s a remaster of a 10 year old classic.

We’ll be sure to update this story as more information emerges. With any luck, Activision will confirm the long-rumoured release.

Have you played Modern Warfare Remastered? Let us know in the comments below.