Madden 18 is a game that intrigues even casual American football fans, especially now the season is well underway.

That’s why we’ve created a guide listing the best beginner Madden 18 tips and tricks to strengthen your defence and turn your offence into an unstoppable machine.

The most common mistake a lot of first time Madden players make is to fly through the playbook of any team and look for a move to hurl the football as far as possible. This is understandable as there’s few things as thrilling as lobbing a Hail Mary and actually pulling it off, but the key to any smart game of football is patience and to be diverse in your approach. No matter which team you choose you’re going to be slightly intimidated by how many plays are on offer, especially as some have over 500 variations. Many of these are offshoots of the same idea though, so taking a few minutes to find a few that work for you will help no end at first.

From there stick to the basics. On your first or second down try short passes or running the ball to make up the necessary yards and slowly push the opposition back. If you struggle and find yourself on third down a more daring strategy may be needed, but if it’s early in the game you’re better off sticking to this formula: small, productive moves to secure 10 yards and then repeat.

If you do get to fourth down and aren’t in need of anything spectacular always punt the ball away, too. Trying anything else is just going to put you in a dangerous position and back you into a corner.

So remember. Start with running backs and smart, easy to intercept passes and build from there. You’ll find yourself learning the plays much faster this way as well.

Formations are intimidating. If you’re not sure how they work, it will put you off almost instantly but understanding the pros and cons of each is essential if you want to have a productive game of football.

If you’re truly new to the series you’re best off starting with a team like the Miami Dolphins who more often than not stick to three formations. You can execute any play regardless what formation you have, but certain lineups are going to be more successful depending what you’re trying to achieve. It’s best to use the I Formation, Strong I or Weak I to run the ball and Shotgun if you feel the need to go for a long pass.

If you’re looking for a more balanced approach that lets you think more on your feet, always use Singleback.

There are more options which will usually lean slightly more towards running the ball or passing, but as general rule the above will help your game no end.

Naturally you have defensive formations on top of this, and the key ones are 4-3 – which will give you coverage against most plays – 4-4 – to slow down running plays and potentially blitz the QB – and 3-4 – which will target an opponent’s running back.

So you’ve chosen your formation and play and you’re feeling pretty good about the upcoming down. The thing is, that’s really where the game starts.

Before the ball has even be handed off it’s imperative to look at your opponent and see how its defence has lined up and then try to figure out if your idea is going to work. There’s every chance they’ve read you perfectly and are set up to stop you making any gains.

There’s no hard and fast rule with this, but observe the positioning of their linebackers to figure out how it matches up with your play. If they seem perilously close to the line of scrimmage there’s a good chance they’re aiming for a blitz, or the eradication of your QB. If they seemed more relaxed with their safeties sitting deep, it’s fair to assume they think you’re going to pass. This is where you have to be smart. A quick press of R3 will take you to an in-play menu where you can call an audible to rearrange your line-up to give you the upper hand. You can also call hot routes which will specifically let you change the pathway of a receiver to circumvent the defence immediately.

A lot of this will be trial and error at first as you start learning how to read another team and understanding what is and isn’t possible. It is, however, crucial when you get further into the game.

Naturally passing the ball is incredibly important in Madden but it’s not just a case of tapping a button and seeing it perfectly fall into your receiver’s hands.

Instead you have to learn the system and work out what each pass means. Where Madden 18 is concerned EA has delayed the amount of time it takes for a receiver to get into the right position so being patient and holding off an extra half-second before allowing your QB to make an attempt will make all the difference.

There’s also numerous types of passes you can unleash and, again, choosing the right one for the right situation could be the reason you complete a play.

Bullet Passes, as they sound, are short, quick passes best suited for short attempts whereas Touch Passes allow you to control the pass with more finesse, making them better in situations where you’re trying to steer your receiver near the sidelines. 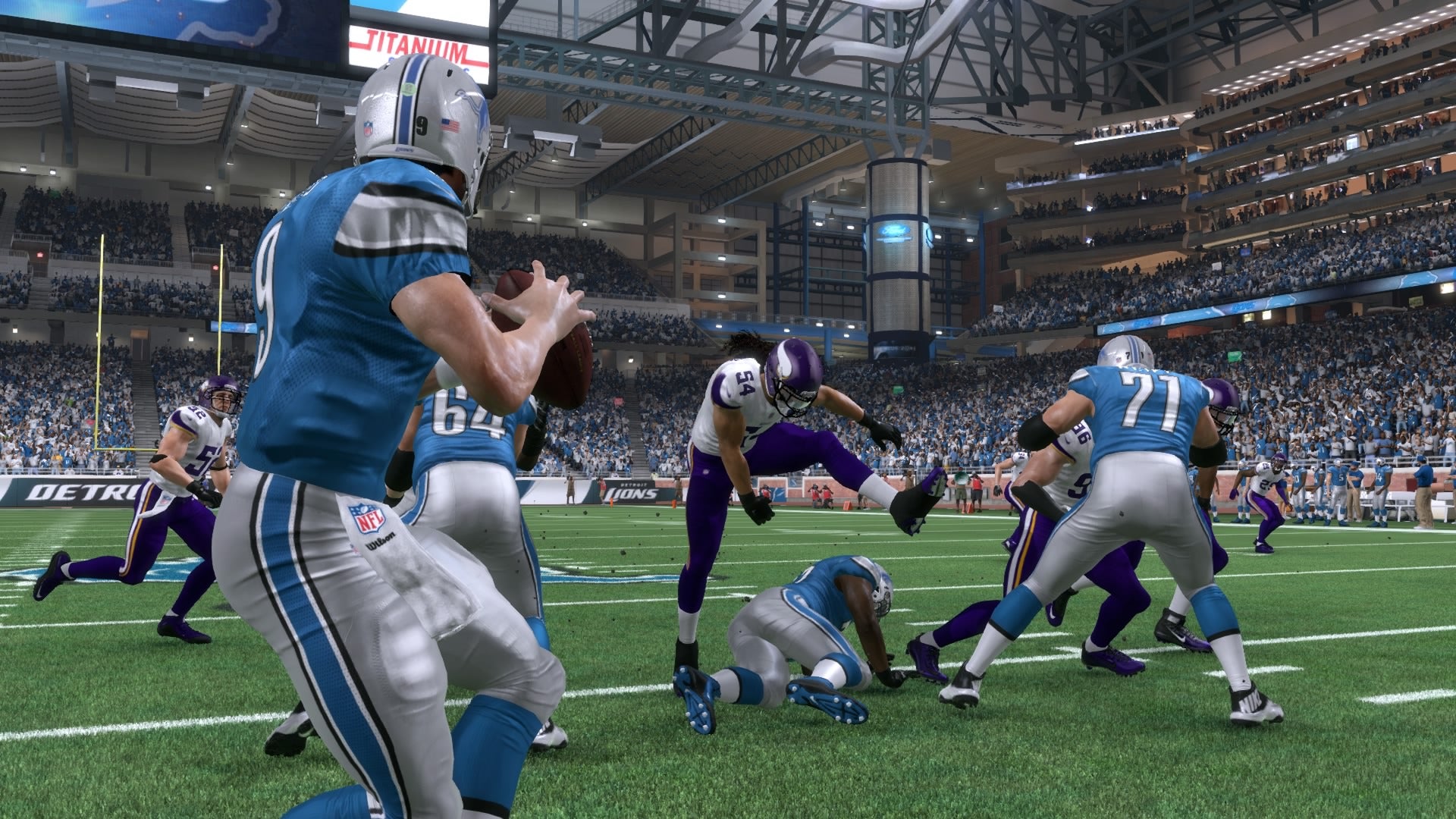 Lob and High passes should be used when you need some hang time or are trying to take advantage of a receiver’s height, and a Low Pass is the opposite. Here you’re basically trying to shoot the ball into the ground so your receiver will dive onto it.

Your play will dictate which one you should go for, but having them all ready to go is a must.

As before there are defensive maneuvers, too, the most standard of these being to simply tackle a potential receiver. You can, however, also swat the ball out of the air or try and ‘ball hawk’, where you’ll move in front of the ball and intercept it.

More often than not you won’t have to worry about catching a pass as Madden will take care of it for you. There are a few modifiers, though, where you can override this and tell your receiver to catch the ball more aggressively or even delay a catch to put off a defender. These aren’t essential but are most definitely worth investigating.

What’s arguably more important is actually running with the ball. You should already know where you’re headed based on your play, but there are also movements you can make to try and shake off defenders. 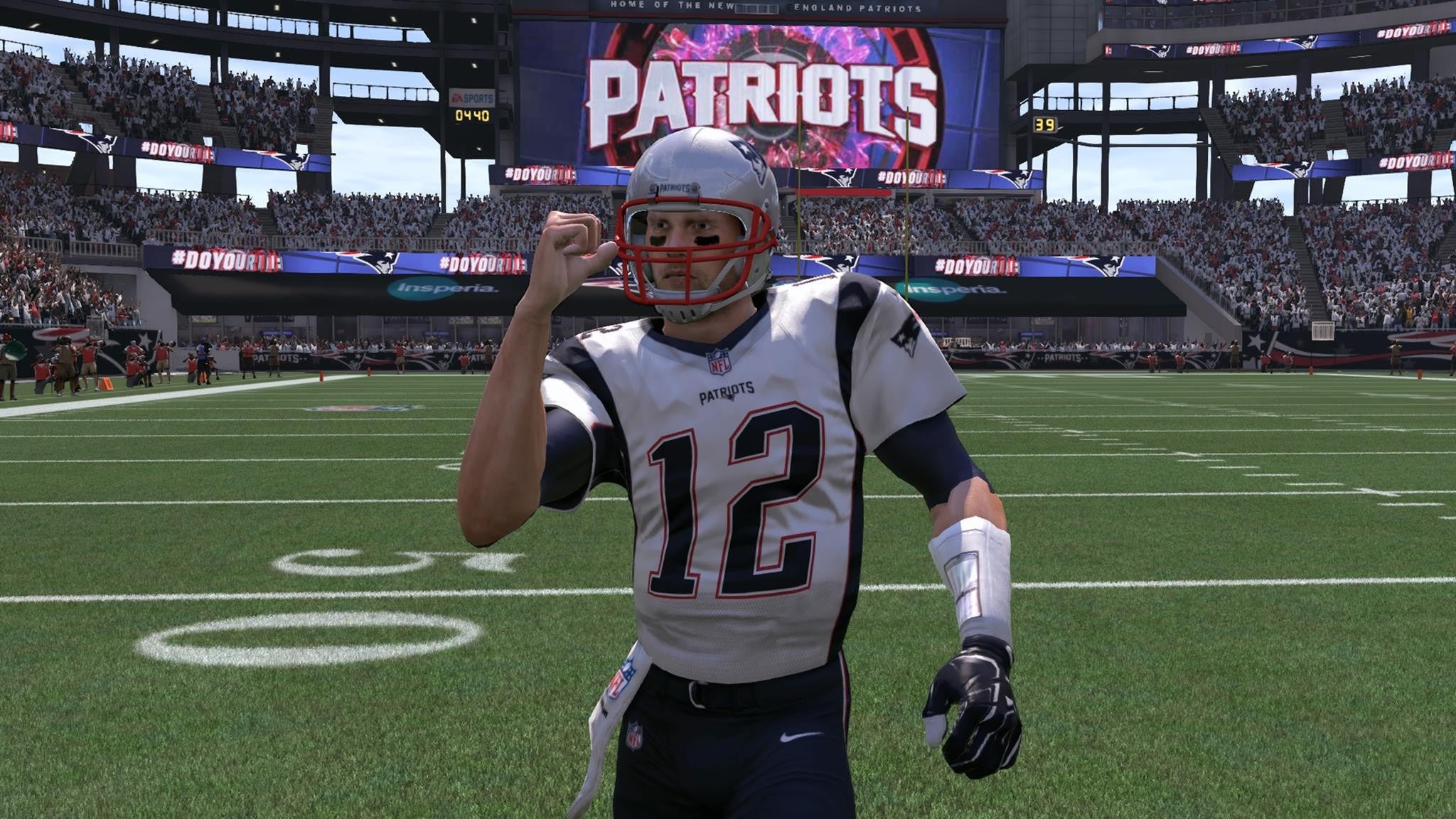 There are plenty to learn, the most important being sprinting – which is done with R2 – juking – where a quick tap of the right stick will shimmy you away from your opponent – spinning – which does exactly what it says on the tin – and hurdling – where you can jump over an incoming problem.

It’d also possible to stiff arm defenders out the way and attempt to recover from a stumble by pressing L2 should someone clip you.

At first you can probably just focus on the right direction and then run like a madman, but in time the rest will become essential.