Already, 2017 has been one of the best years for some time when it comes to racing games. As well as the usual standouts Forza Motorsport 7 and GT Sport, Project Cars 2 has also arrived, and as you can see from our review, it’s a petrol head’s dream given how dedicated it is to replicating a true-to-life racing experience.

This does mean there’s going to be some choices to be made, however, so here are the differences you need to know before deciding which racer to plump for.

Unsurprisingly one of the biggest selling points of any racing game is what cars are on offer and the sheer difference when it comes to the three biggest titles of the year is almost staggering.

In last place – somehow – is GT Sport whose car count does seem to change like the wind. Sony has confirmed a total of 162 cars with all the usual manufacturers you’d expect, be that BMW, Ferrari, Alfa Romeo or Audi. What developer Polyphony Digital is really trying to push is that more than 20 of these vehicles are bespoke, almost concept versions of real rides you could drive today.

The Deluxe Edition of GT Sport includes several additional cars such as the Mazda LM55 Vision GT, Mitsubishi Lancer Gr.B Rally Car and SRT Tomohawk Vision GT. Possibly worth picking up if you want all GT Sport has to offer. 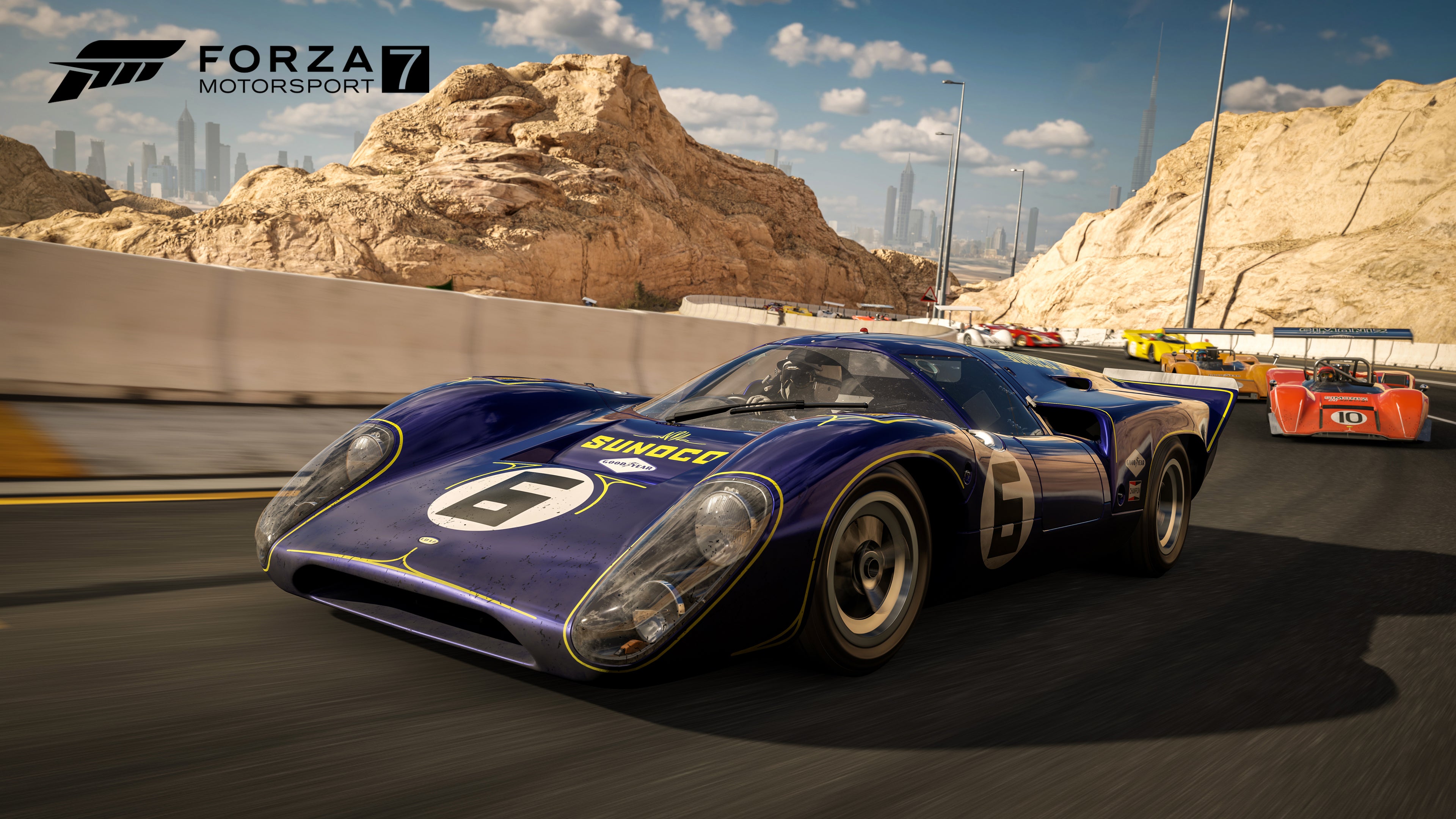 That’s of note because it means you’ll be able to toy around in models that technically don’t exist, as well as play with a livery editor that will increase the amount of unique cars, even if that’s from an aesthetic point of view alone.

Sitting just above that is Project Cars 2 which puts out 180+ cars. Once again you’ll see all the usual logos you’d expect, but the real joy here is how unique each one feels. Whereas its rivals are very good at simulating the differences between cars, they will be hard pushed to do it as well as Slightly Mad Studios’ latest.

Even models within the same range have quirks that separate them so you’re never going to double up, jumping from one Bentley to the next feels completely different. It’s imperative you have some understanding of what happens under the hood, meaning Project Cars 2’s number of vehicles is actually a little misleading.

With that said, however, nothing comes close to Forza which easily leaves the competition in its dust. With the promise of 700 cars, Turn10 has outdone itself and then some, as this will be the highest amount ever featured in the franchise. 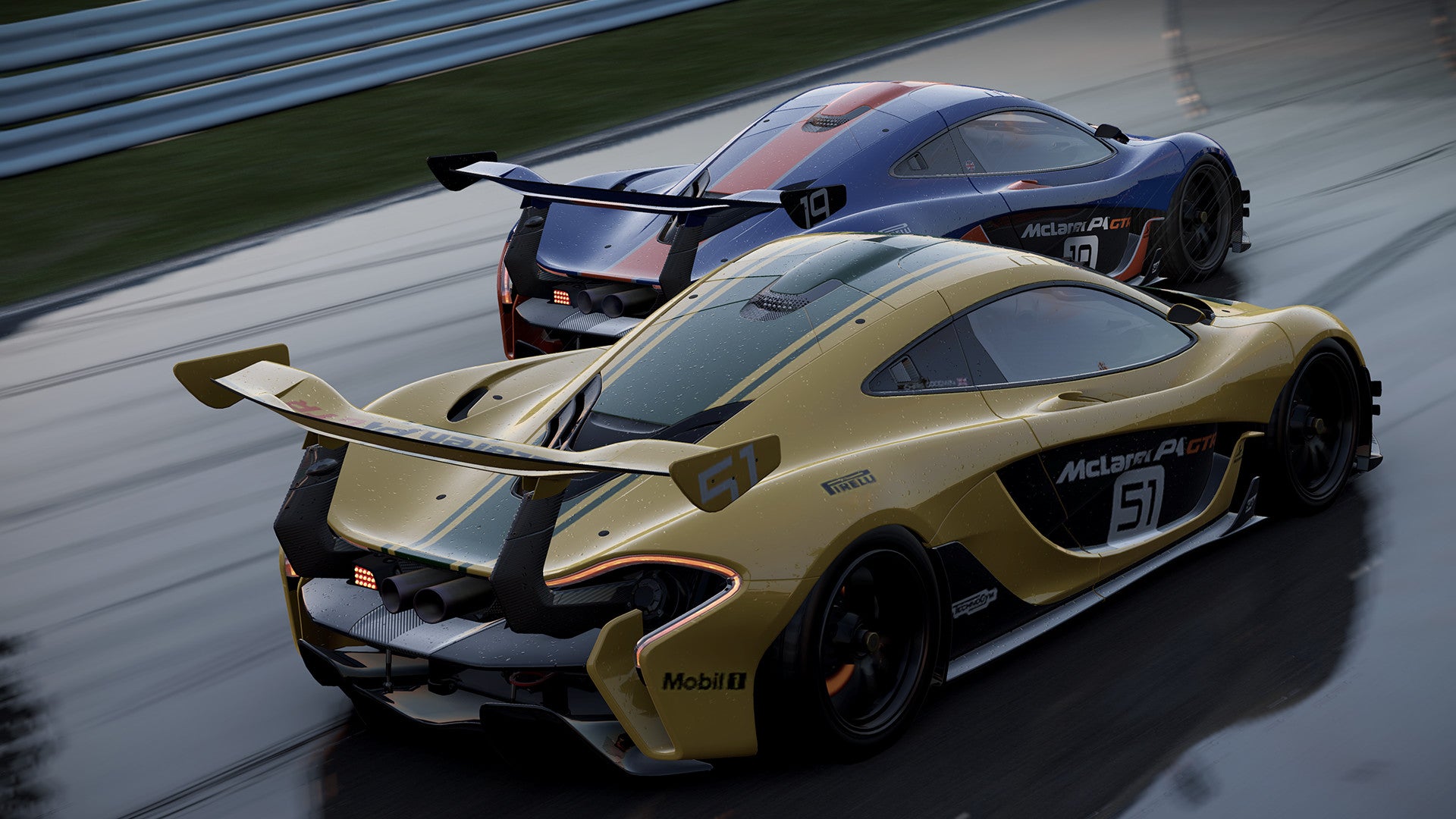 You also get special editions and classic models on top; the result being if you’re into specific, rare vehicles you can just buy this and move past the fact you may never see them in real life.

Project Cars 2 vs GT Sport vs Forza 7 – Which is best for newcomers?

Regardless of which takes your fancy, you’re going to have to invest a lot of time in learning the ropes no matter which direction you head in when it comes to Forza 7, GT Sport and Project Cars 2.

Unlike a Burnout or a Need For Speed, none of these are keen on letting you slam your foot down on the accelerator and just bombing around a track. The goal with each is to replicate the power of a supercar and the thrill of a race as close to reality as possible.

This is why if you are brand new to the genre, Project Cars 2 is probably ruled out straight away. Far less accessible than the other two, its intended audience is those who spend hours arguing over horsepower and traction control. You’ll be livid before you’ve even taken the first bend as you keep crashing out.

In terms of Forza and GT Sport, it really is a toss up between them. With both you’re likely to struggle at first, but given that Microsoft and Sony are desperate to use these as ways to fuel console sales, each does have ways and means to make them easier, mostly thanks to the assists hiding in the options menu. 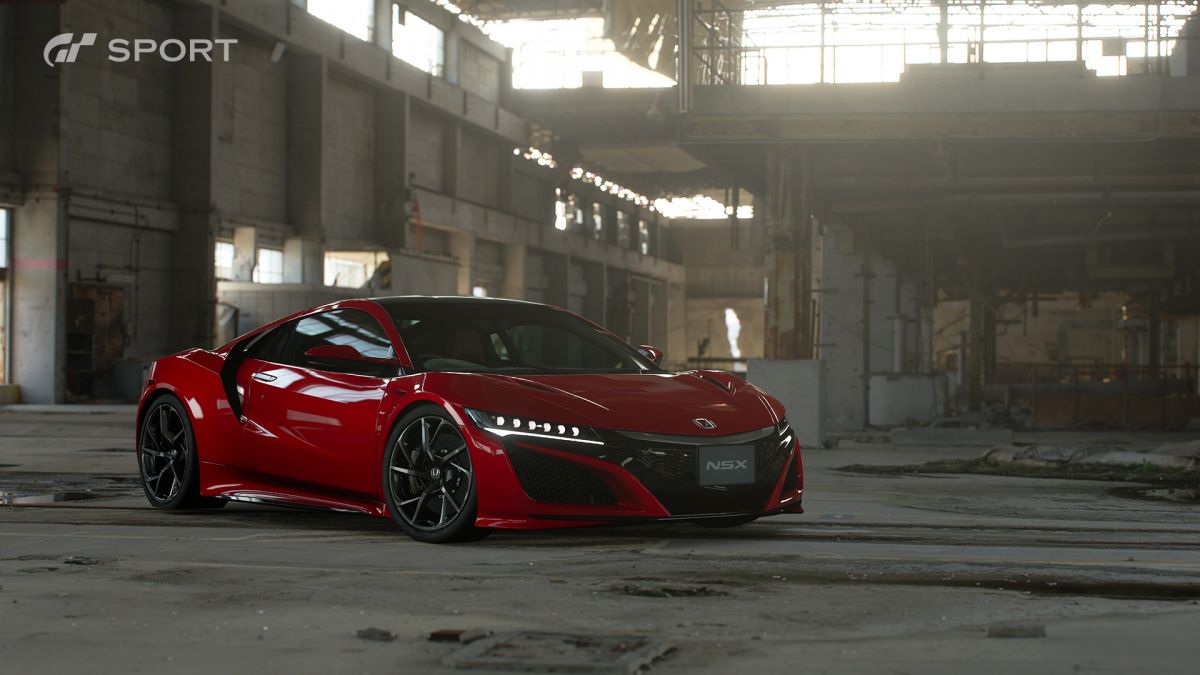 Ultimately, it all depends on which console you play the most. Both are keen to teach you the ropes, so if you’re more comfortable with an Xbox One controller than a PS4 one, Forza 7 is your choice and vice versa. Just remember what the point of each is, and within a few days you’ll be racking up times Lewis Hamilton would be proud of.

Racing games are always very coy when it comes to tracks as they enjoy using terms that make it sound there’s more to play with than there actually is. Take Forza 7, for example.

Microsoft has been keen to say that the next entry in the series has “30 environments” to enjoy, which equates to 32 courses and 200 variations within that. GT Sport follows a similar tactic as Sony revealed it will have 17 locations with 28 layouts, and to be fair to both, that is a solid amount of concrete to tear around.

If it’s sheer number you’re after, however, it’s irrelevant as Project Cars 2 comes out on top. Slightly Mad has 60 venues with 130 individual layouts which will keep you occupied for ages. Even longer if you want to go through each one with all the cars it has, too.

As usual multiplayer will play a huge role in terms of longevity, the big shift this year coming as Project Cars 2, Forza 7 and GT Sport focus more on eSports.

Forza, especially, seems desperate to get a piece of this pie, touting Mixer integration and enhanced spectating modes so it’s as easy to watch as it is to play. You’ll still get all the usual bells and whistles you’d expect – as well as Turn10’s patented AI system, Drivatar, that can introduce friends into your race without them actually being there – but the push is to get gamers tuning in as if it’s an actual race. 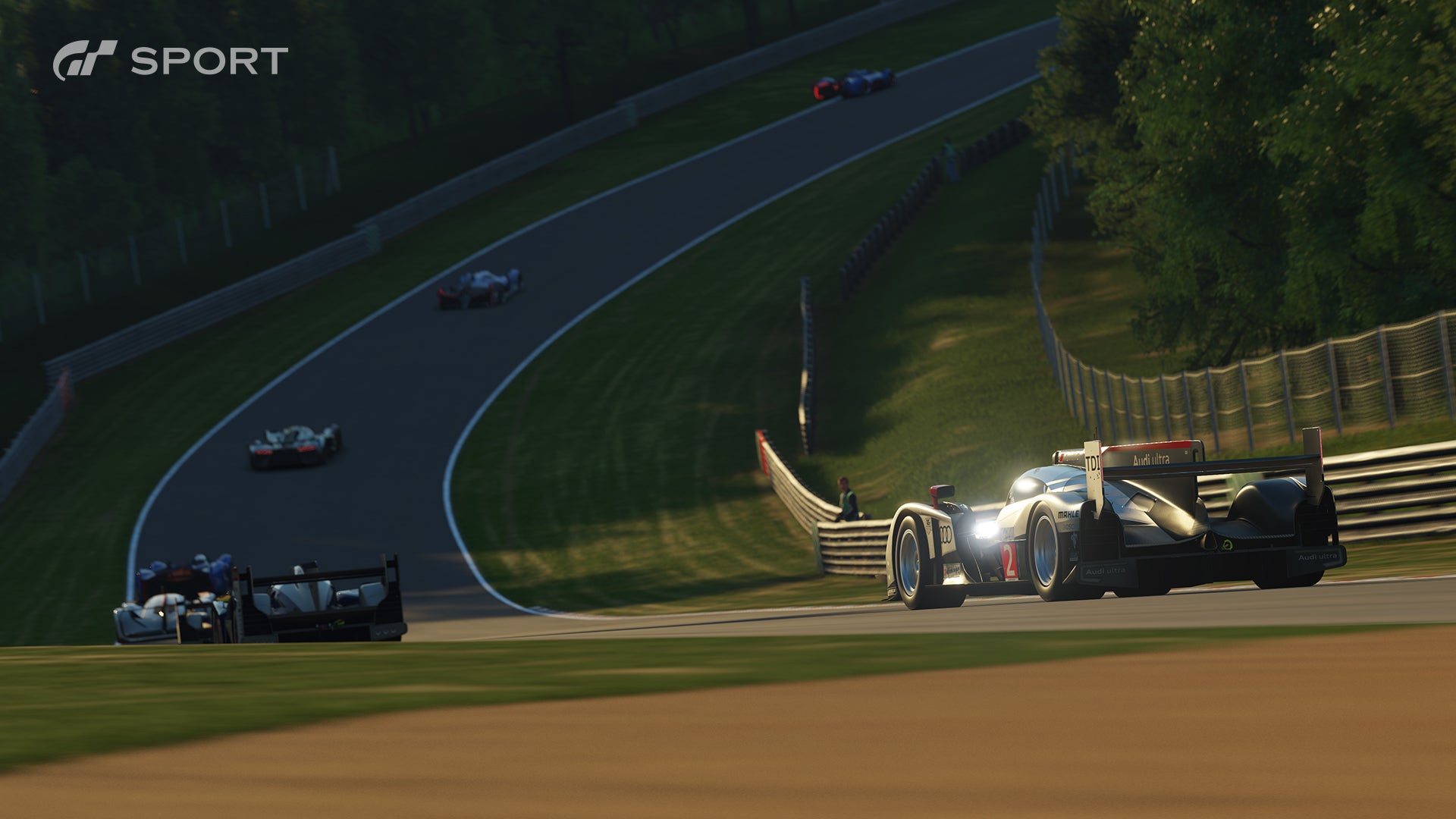 It’s similar for GT Sport, although Polyphony’s unique selling point comes in that it has two officially sanctioned championships: the Nations Cup and a Manufacturer Cup. This will, naturally, be your usual online entertainment shaped around a competition, the real joy coming in the fact the finals will be broadcast online. This could be your chance to find fame and glory as you’re sat in a digital car.

Project Cars 2 attacks the eSports side of things a little less frantically, but does boast multiple lobby setups, plenty of options to tweak as you see fit and, most importantly, your Driver Network Profile that tracks an absurd amount of stats so you know exactly how you’ve been performing online. It’s also used to put you in races against similar opponents, and that’s just nice all around. You’ll never feel out of your depth.

Most career modes in racing games do blur into one, but Forza 7, GT Sport and Project Cars 2 arguably do their best to offer up different ideas depending on what appeals to you.

The most diverse comes with GT Sport. When you select career from the main menu, you’re instantly presented with four sub-modes to choose from: Driving School, Circuit Experience, Racing Etiquette and Mission Challenge, and within those is a startling amount of objectives that correspond to each.

Progressing here will unlock more cars, and it’s also where new players will benefit as you can watch tutorial videos that explain what to do in order to try and obtain a gold ranking.

Forza 7 will also feature a redesigned campaign that gives you the chance to pick and choose how you develop as a driver. There are six major championships up for grabs and none follow a set path. You could be involved in NASCAR, classic racing or just competing in American Muscle vehicles, and this diversity is key. You’re not going to get bored.

Project Cars 2 takes a more standard route by allowing you to tackle different disciplines and then work your way through the rankings as you try and become the best of the best. As this involves open-wheels, GT, prototypes, Rallycross, and touring cars, though, it will keep you interested and is very well put together, even if it lacks the unique twist of GT Sport and Forza 7. 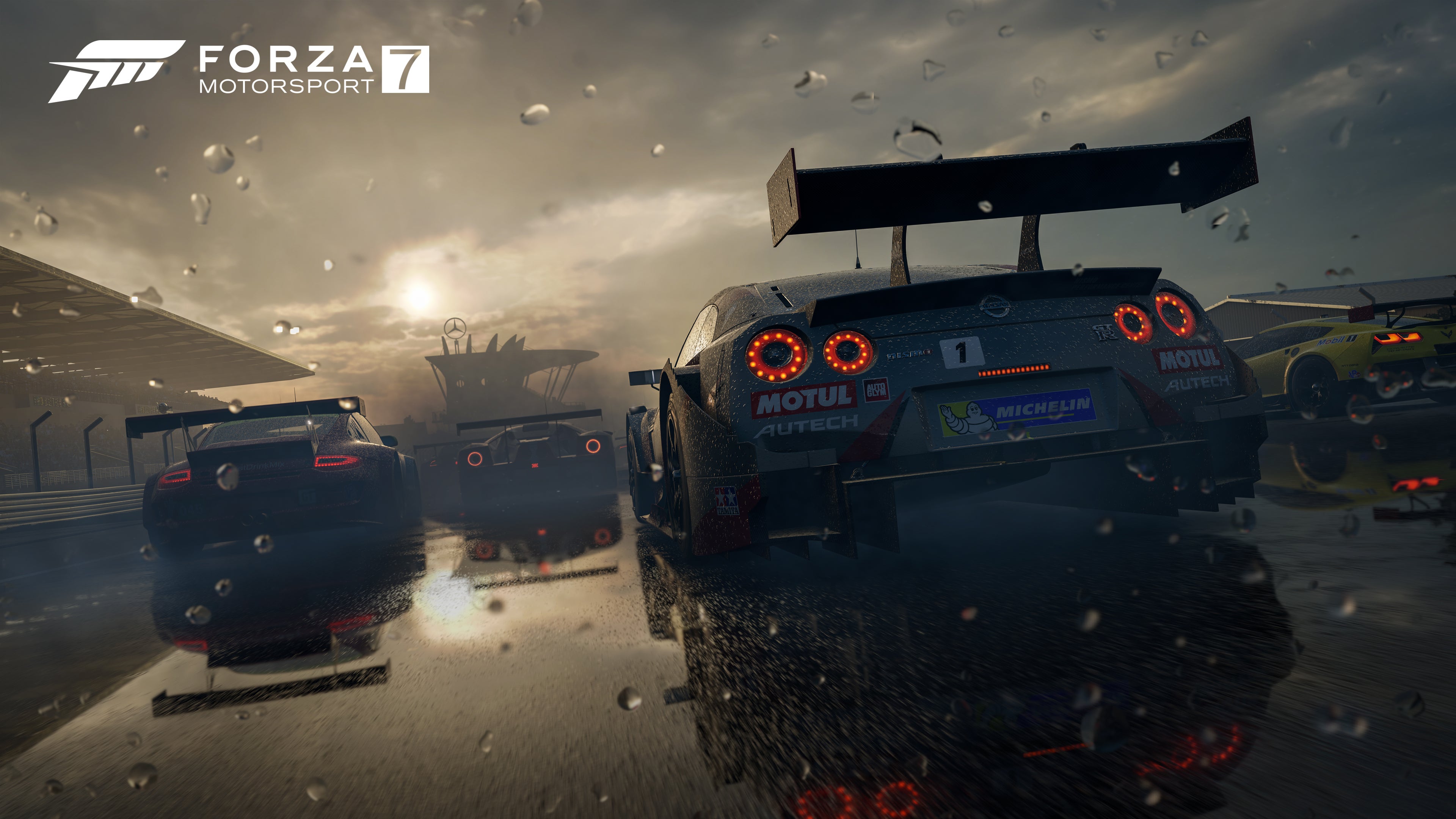 As games continually try to figure out the best way to integrate season passes into the experience, we get three very expected approaches when looking at Forza 7, Project Cars 2 and GT Sport.

Project Cars 2 will have new tracks and cars throughout the year for £29.99, Forza 7 will have the ‘car pass’ that covers the first six months of DLC at a discount, whereas GT Sport will have something similar only details are currently quite sparse.