iPhone 8 vs iPhone 8 Plus: Which Apple phone is the better iPhone 7 upgrade?

We didn’t hide our opinion that last year’s iPhone 7 was one of Apple’s most disappointing releases in recent memory. Despite having Apple’s famous chic and wealth of top-end hardware, the device was let down by one of the worst battery lives we’ve seen in a flagship smartphone. As a result, we mainly recommended buyers who could afford it to go for Apple’s pricier and larger iPhone 7 Plus phablet.

This year Apple seems to have learned from its mistakes and thrown everything but the kitchen sink at its latest trio of smartphones, the iPhone 8, iPhone 8 Plus and anniversary-edition iPhone X. Featuring top tech, Apple’s soon-to-be-released iOS 11 software, and pretty much every feature fans have wished for over the last 12 months, all the iPhones look set to be contenders for Phone of the Year.

But with the iPhone priced out of most regular buyers’ budget and the other two being at first glance very similar, knowing which iPhone is best for you is a tricky question to answer. Here to help we’ve created a definitive guide, breaking down what’s different between the iPhone 8 and iPhone 8 Plus.

iPhone 8 vs iPhone 8 Plus: What’s the difference?

From a distance both iPhones look pretty similar. Both have a reworked mixed-material design, featuring a custom glass back and front and aluminium sides. Some people may bemoan the move to glass, fearing the ever-present threat of cracking that an accidental drop poses, but Apple claim the iPhone 8 and iPhone 8 Plus’ skin is “the most durable glass in a smartphone” thanks to the use of a special laser-welded steel-and-copper reinforcing structure.

We’re not sure we’d want either to have an accidental meeting with a pavement, but glass definitely looks nice and has also let Apple build the Qi open wireless charging standard into both iPhones, which is supported in many airports.

Unlike the iPhone X which has a close to a bezel-less, button-free design, both iPhone 8s have a physical home button and fingerprint scanner. Once again they both don’t feature a 3.5mm headphone jack, which will remain an annoyance for audiophiles.

Sadly, unlike their pricier iPhone X sibling, neither new iPhone has made the switch to an OLED panel, and use the same IPS screen tech as older iPhones. 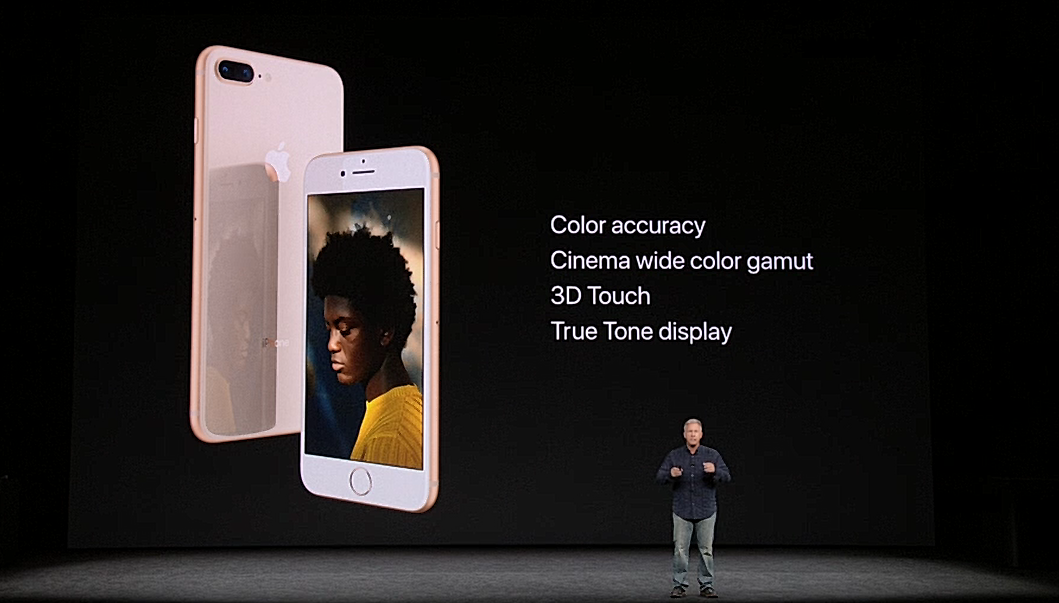 Apple claims it’s managed to improve the iPhone 8’s image quality using a new ISP processor for photography that will let it capture 80% more light than the old iPhone. But the 8 Plus’ extra tech means it will likely be much better in difficult lighting conditions and has a few custom camera features you won’t get on the basic iPhone 8.

The coolest looking of these is a new Portrait Lighting mode. Available in the Portrait menu of the camera app, the mode maps a subject’s face using the two lenses and then you can adjust settings to create a variety of advanced lighting effects. 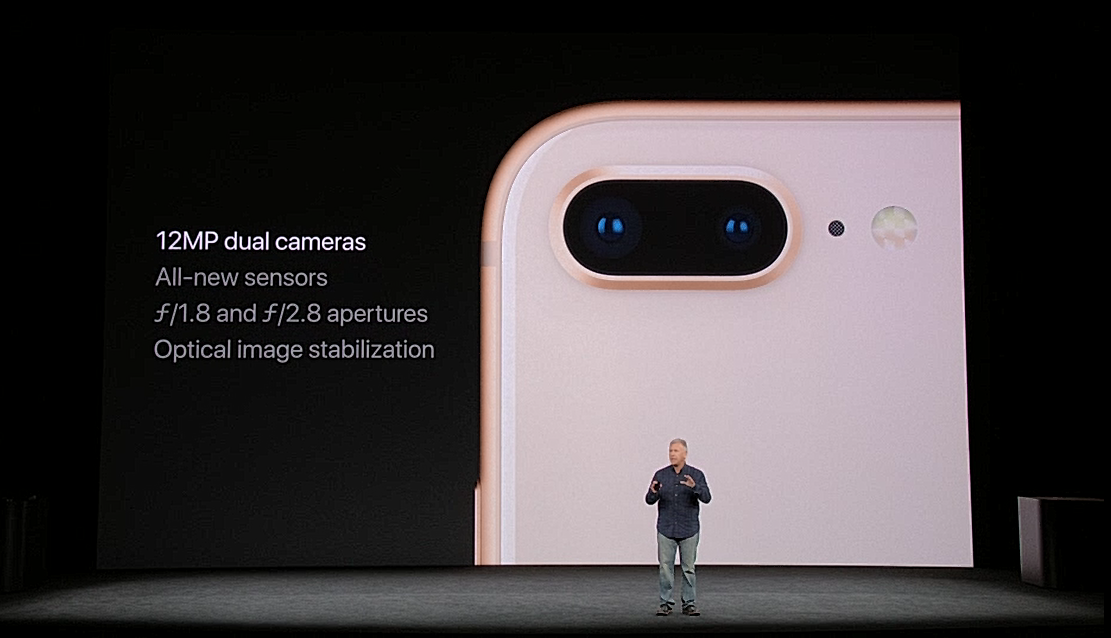 Both iPhones will be sold with identical 64GB and 256GB storage options. There’s no word on how big each phones’ battery is.

iPhone 8 vs iPhone 8 Plus: Which phone is more powerful?

Apple never discloses its iPhones’ full specifications at launch, so we can’t fully comment on which is more powerful. But from what little we know both phones should be a lot faster than their predecessors, thanks to their use of Apple’s brand-spanking-new A11 Bionic CPU. Both the iPhone 8 and iPhone 8 Plus run using the new 64-bit CPU which has a slightly atypical hexa-core design that pairs two high-performance cores with four high-efficiency cores. Apple claims the cores are 70% faster than the A10’s and is significantly more power efficient.

The iPhone 8 and 8 Plus also feature a new Apple-designed three-core GPU that the company claims is three times faster than the A10’s graphics. If any of the performance claims ring true the two phones should be serious performers and deal with everything from hardcore gaming to 4K video recording and multi-tab web browsing hassle-free. The only potential performance differentiation between the two will be memory. In the past the Plus iPhone variants have always had more RAM than their smaller siblings. 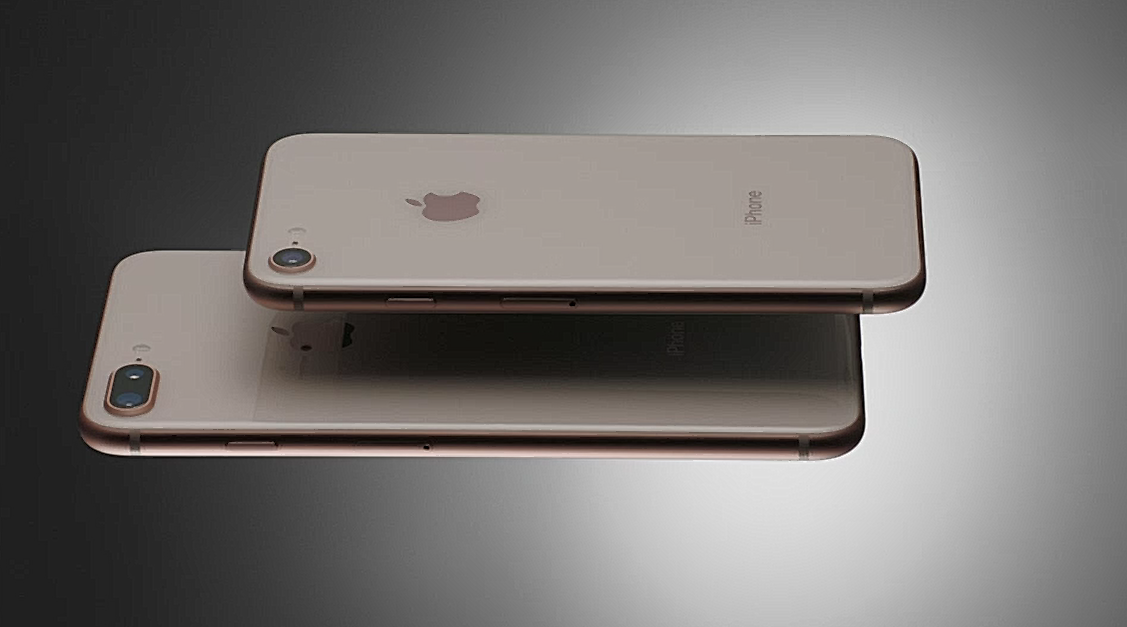 iPhone 8 vs iPhone 8 Plus Summary

Both the iPhone 8 and iPhone 8 Plus follow the same format as their predecessors. Featuring a larger screen, more advanced camera, the iPhone 8 Plus will likely be a better choice for phablet fans and people who care about camera tech, but with pricing starting at $799, it’s $100 more expensive than the basic iPhone 8.

With the added allure of the even more swanky iPhone X further complicating things, this could make the basic iPhone 8 the default choice for most buyers where budget is a concern, though we won’t know this until we’ve had a chance to test all the new iPhones.

What do you think of the iPhone 8 and iPhone 8 Plus? Let us know in the comments.