Apple unveiled iOS 14 during its WWDC keynote all the way back in June. Now, this major OS update is just around the corner and we’ve rounded up all the best features coming to your iPhone in 2020.

The iPhone 12 is set to be one of Apple’s biggest announcements of 2020, and the iOS 14 preview offered us a glimpse of what the incoming smartphone will be capable of. Delays in production of the iPhone 12 mean we can expect to see the new operating system first this year, though the new iPhone will doubtlessly arrive later with the new software installed.

iOS is available now, ahead of the iPhone 12 launch later this year.

A developer preview has been available from June 22, and a public beta – that’s for anyone who doesn’t pay for a developer account – was released in July.

The Apple operating system has gone through some major changes since its big 2019 update. The home screen has been redesigned for the first time since, well, ever. Apple has also introduced features in Siri, Messages and more. We’ve compiled 14 of the most interesting and exciting features set to arrive with iOS 14.

Read on to see everything new coming to iOS 14 and when you can expect to see it. Make sure to bookmark this page too as we update it regularly in the lead up to the roll out. 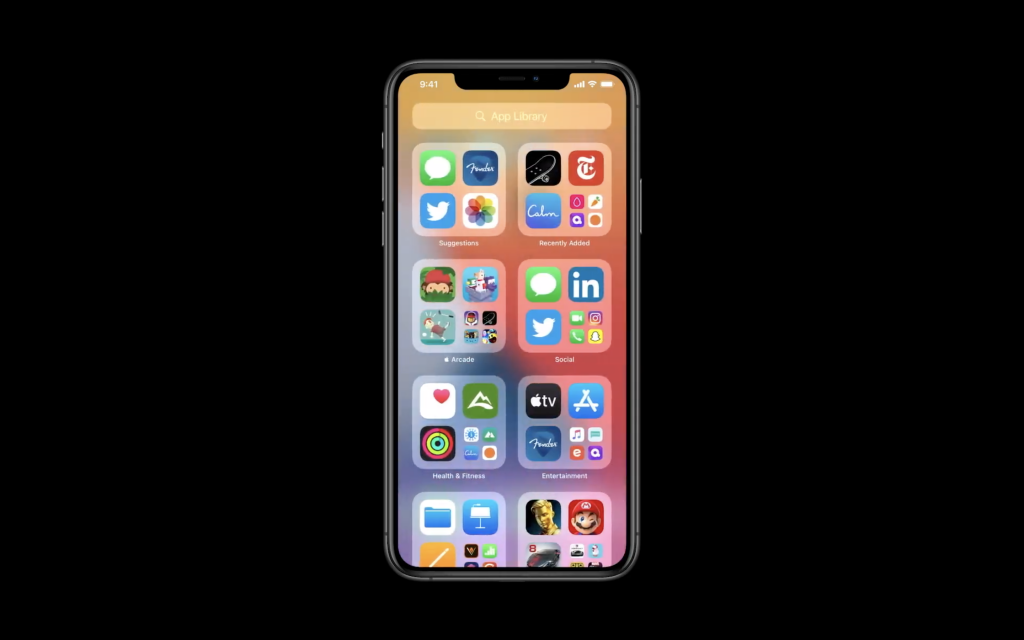 Siri can sometimes get left out when Apple talks about updates to iOS. Of course, that wasn’t the case this year, with Apple gifting the virtual assistant with a big refresh, including new abilities and a substantial redesign.

Siri now pops up with new animations and it’ll offer up specific widgets for questions like ‘what’s the weather like?’. Siri also finally supports sending messages and improved translation support thanks to the new Translation app. These translation requests work offline, so you don’t need an internet connection.

Apple said Siri has 20x more ‘fact than just three years ago’ so it should be better than before.

Apple is redefining the iOS homescreen this time around.

App Library is a new space at the end of your homescreen that automatically groups apps together into larger, more visual folders. There’s a search bar at the top and Apple is using on-device intelligence to group together suggested apps and most-used apps. There’s even a dedicated Apple Arcade folder, and one for your recently downloaded apps.

Google has Instant Apps, and now Apple has App Clips. These are handy mini apps that appear only when you need them and don’t force you to download the whole app. Take a car rental for example: with App Clips, you’ll be able to use NFC or a QR code to access the relevant portions of the app without delving inside the App Store.

It looks like this will finally end the pain of having a load of apps crammed into pages 4 or 5 of your homescreen that you can never find.

Widgets are coming to iOS too – finally. These widgets can be resized and they look far better than they did before.

You can also add them to your homescreen, rather than having them stay locked to the Today view and these take the place of your typical apps.

Related: Which iPhones are getting iOS 14? 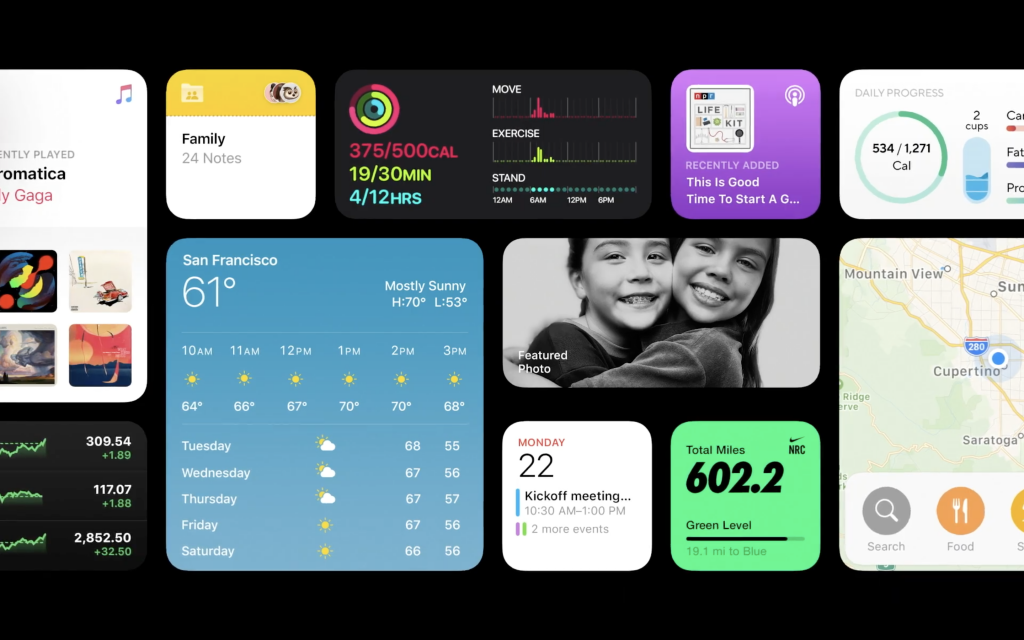 Apple showed off a few examples, including a Smart widget and ones for Podcasts and Weather (you can see more in the image above).

All of these examples looked far better than the previous widgets and we assume developers will be able to build their own widgets into their apps to bring this functionality across the board. The iPad and iPadOS will also get this feature.

We’ve been asking for this update to the homescreen for years and it’s great to finally see Apple add it. 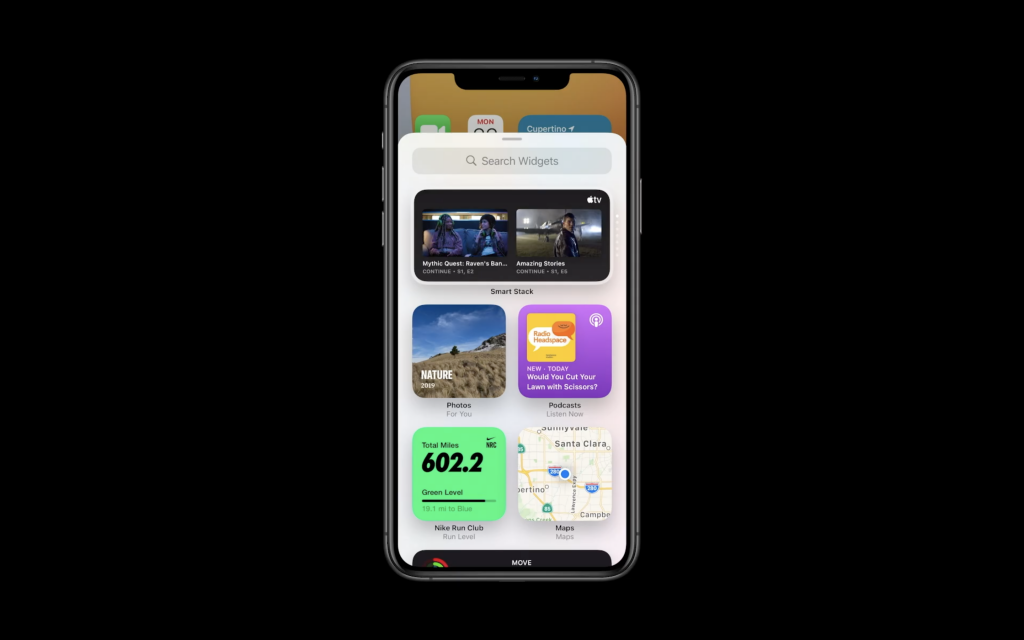 There’s a new app coming in iOS 14 and it’s called Translate. You can probably guess what it does.

This is Apple’s rival to Google Translate and it lets you translate text or voice into 11 different languages. It looks like this app will work offline, which is always a handy touch when you’re out of data range.

While it wasn’t mentioned on stage, iOS 14 brings the ability to set apps that aren’t Safari and Mail as defaults for email and web-browsing.

7. Picture-in-Picture – a great iPad feature finally comes to the iPhone

Picture-in-Picture has been around on the iPad for a while now, but with iOS 14 it’s coming to iPhone. This will automatically happen when you close an app with a video playing and that video window will be resizable, just like on the iPad.

This sounds like a minor feature, and one that has been on Android for ages, but we’re sure iOS users will love its addition.

8. Messages – taking inspiration from the competiton

There are a number of new features coming to messages and it feels like the majority of them have been inspired by competing apps like WhatsApp.

You can, for example, now pin chats to the top of the app and there are a load more expressions and customisability for Memoji. Apple highlighted one such addition being masks that can be added to your face. 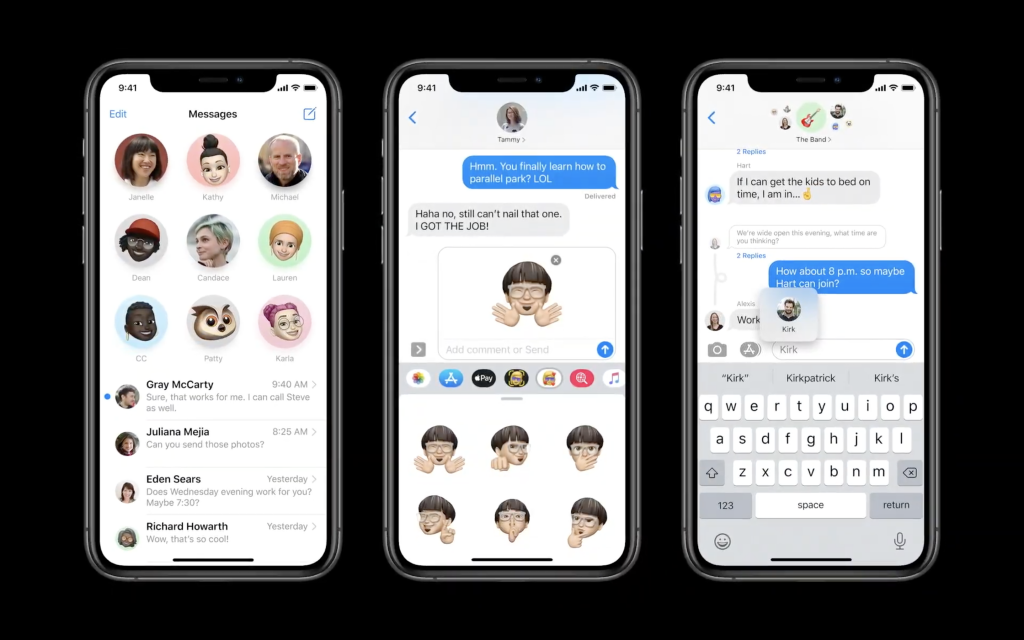 Group chats have seen an update too, with in-line replies (finally) and mentions (also finally) along with customised group images. It looks like these images change depending on who chats the most in the group which is a nice touch.

Apple Maps saw huge updates last year with far better maps for the States. In iOS 14 these new maps are coming to UK, Ireland and Canada.

Related: All the new AirPods features

Apple also said it was making it easier to ‘Find Great Places’ with new guides that are constantly updated with recommended places to go. 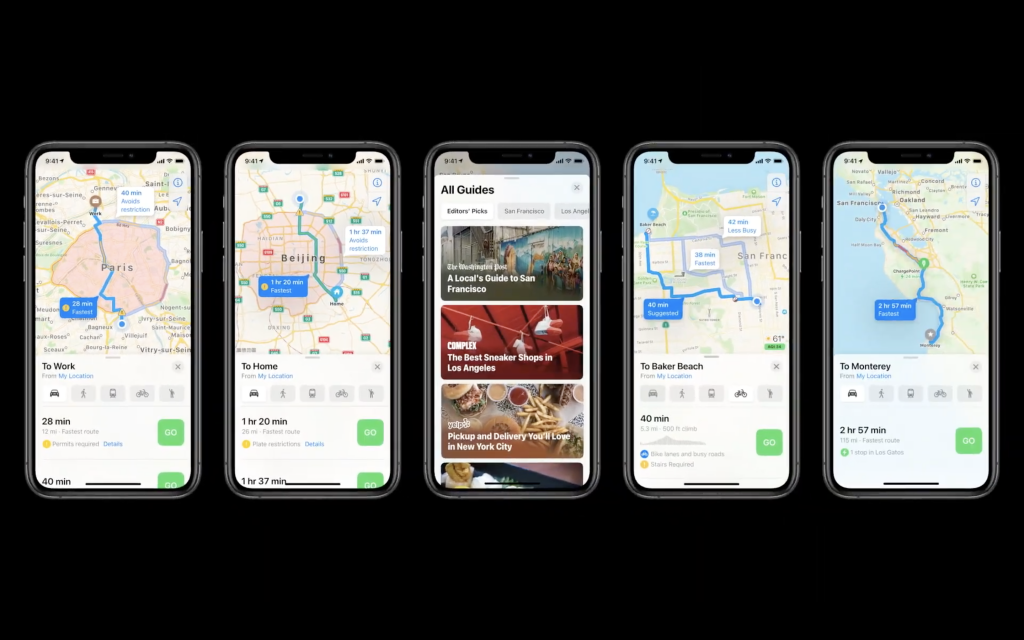 iOS 14 also introduces cycling directions, with a dedicated cycling option that mentions how hard the route could be. There’s even a handy option that lets you disregard steps from your route. This cycling feature will be coming to a number of US and Chinese cities first.

From Siri no longer taking up the whole screen to phone calls showing in a tiny box at the top of the display, iOS 14 has a myriad of UI tweaks that make a whole lot of sense. This also included picture-in-picture for FaceTime chats, a far more visually appealing Home app and little notifications for when your AirPods are running low on juice.

In iOS 14, Apple says it is giving you more control over privacy and data. There’s a new recording indicator (basically a small orange dot above the signal bar) that alerts you whenever the mic or camera are being used, along with detailed privacy information inside the App Store. You can upgrade older accounts to Sign In with Apple and you can share only an approximate location rather than an exact one. 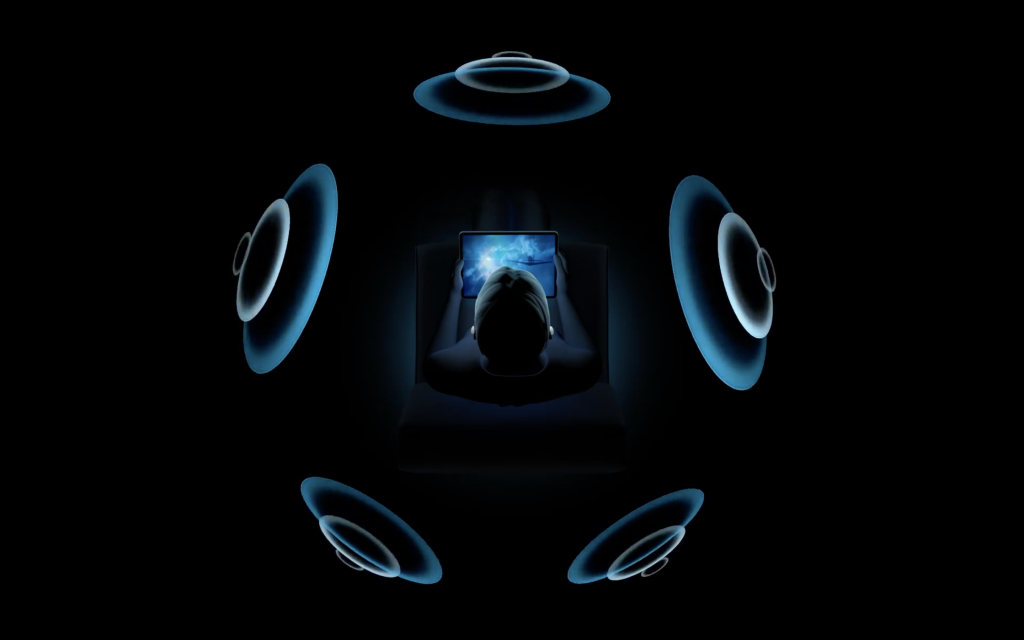 12. Improvements to the AirPods

This isn’t necessarily an iOS 14 feature (that we know of) however there are some new features coming to AirPods. AirPods will not automatically switch between devices, you can connect multiple pairs to the Apple TV and there will be more custom options for your sound.

Car Key support is here in iOS 14 and if you have a very specific BMW model you can unlock, share and restrict your vehicle within iOS. A nifty little trick ensures you don’t lose access to your car if your phone dies as Apple says the key works for five hours even with no battery.

There’s a nifty feature buried inside the Accessibility settings and it lets you map actions to multiple taps of the back of the phone. You can set different things for two taps and three taps and while it’s a little slow in the current incarnation, this is the first beta.

You can even, with the help of a Shortcut, make it so it’ll open the camera.

Apple has announced which iPhones will get iOS 14 and you can see the list below.