(Update: October 2, 2017): Google’s October event is nearly upon us, and it seems Google may be debuting its own headset rather than a new Vive model. Read on to find out more.

HTC Vive Focus: What is the Vive standalone VR headset?

Back in May, Google used its annual I/O 2017 developer conference to announce “standalone VR” headsets.

The idea is that unlike many virtual reality headsets, you won’t need to dock in a smartphone or hook it up to a powerful PC. Instead, the headset will function completely independently, boasting a built-in screen and on-board computing.

At the time, Google confirmed HTC as a manufacturing partner, and promised that the device(s) would run on Google’s own Daydream VR platform.

Then, in July, Taiwanese VR giant HTC debuted a standalone spin-off to the HTC Vive virtual reality headset for the Chinese market at Chinajoy 2017. The device is in the same class as the one announced by Google, but due to issues with Google operating in China, the Chinese version doesn’t have Daydream functionality.

Fast forward to September and HTC has filed trademarks for the name “Vive Focus” in both Europe and the USA. Tellingly, these filings are associated with a “head-mounted display”, suggesting that HTC Vive Focus will be the final name for a new HTC standalone VR headset – although nothing is confirmed just yet. 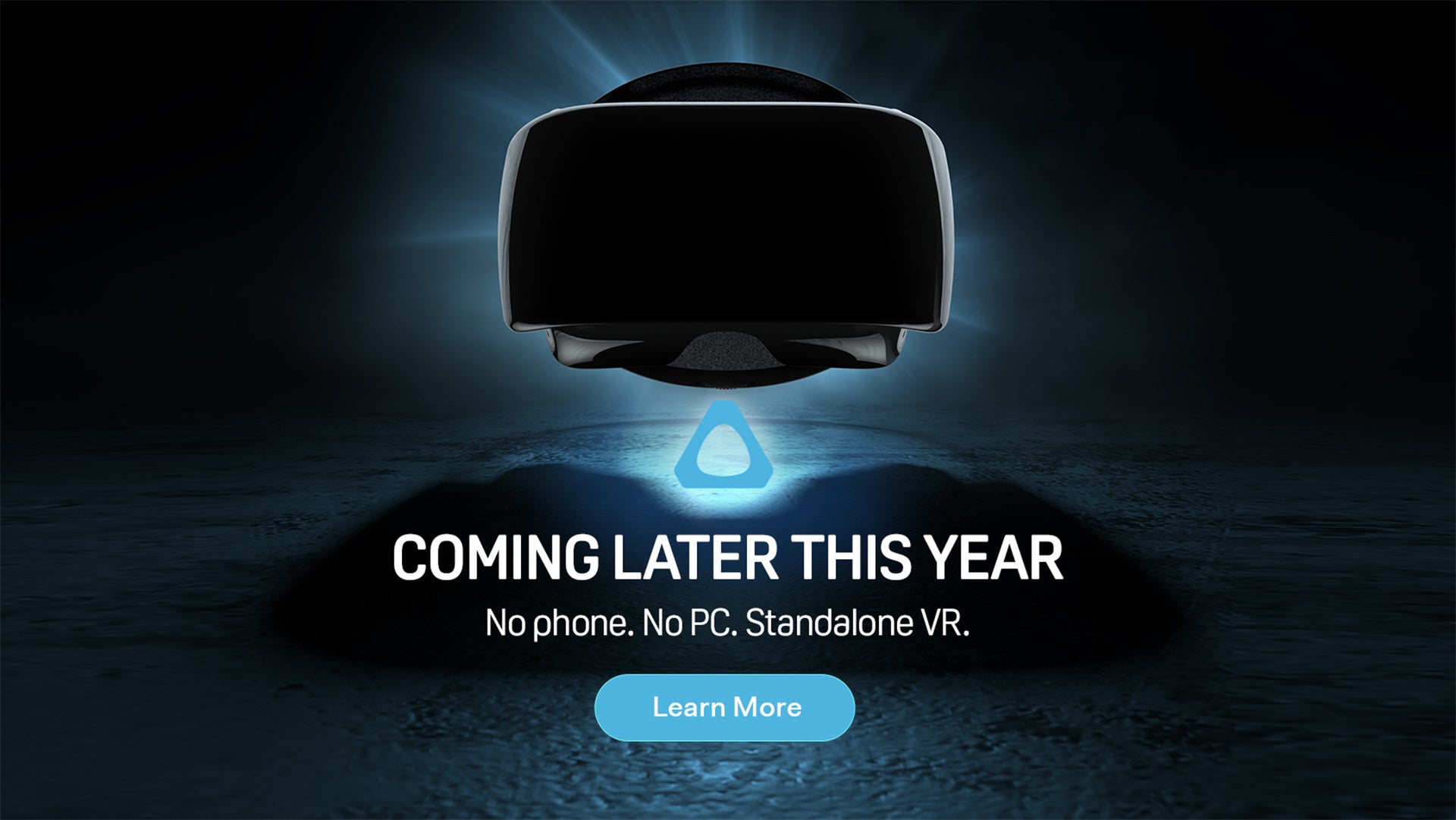 HTC Vive Focus Release Date: When is the Vive standalone VR headset out?

So when will the HTC Vive Focus standalone VR headset release date fall? Well, at the time of the original announcement, US tech giant Qualcomm – which is helping design the headset hardware – said that the first of these headsets were expected to “hit shelves later this year”.

Meanwhile, HTC put out a blog post that echoed the sentiment in a similarly vague fashion: “Vive will be building one of the first standalone headsets for the Daydream platform, to come out later this year.”

Given how deeply integrated Google is with the headset’s production, we’d expect that the company will be keen to announce the new headset itself.

Excitingly, Google already has a major product launch event scheduled for the near future – it’s happening on October 4, 2017. The event is expected to be primarily used for launching the new Google Pixel 2 smartphone, but we’ve got an inkling that we’ll also see the new standalone Daydream headset(s) announced too.

That theory is lent credence by the fact that HTC recently trademarked the name “Vive Focus” in both Europe and the USA, suggesting that devices may be nearing the end of development. 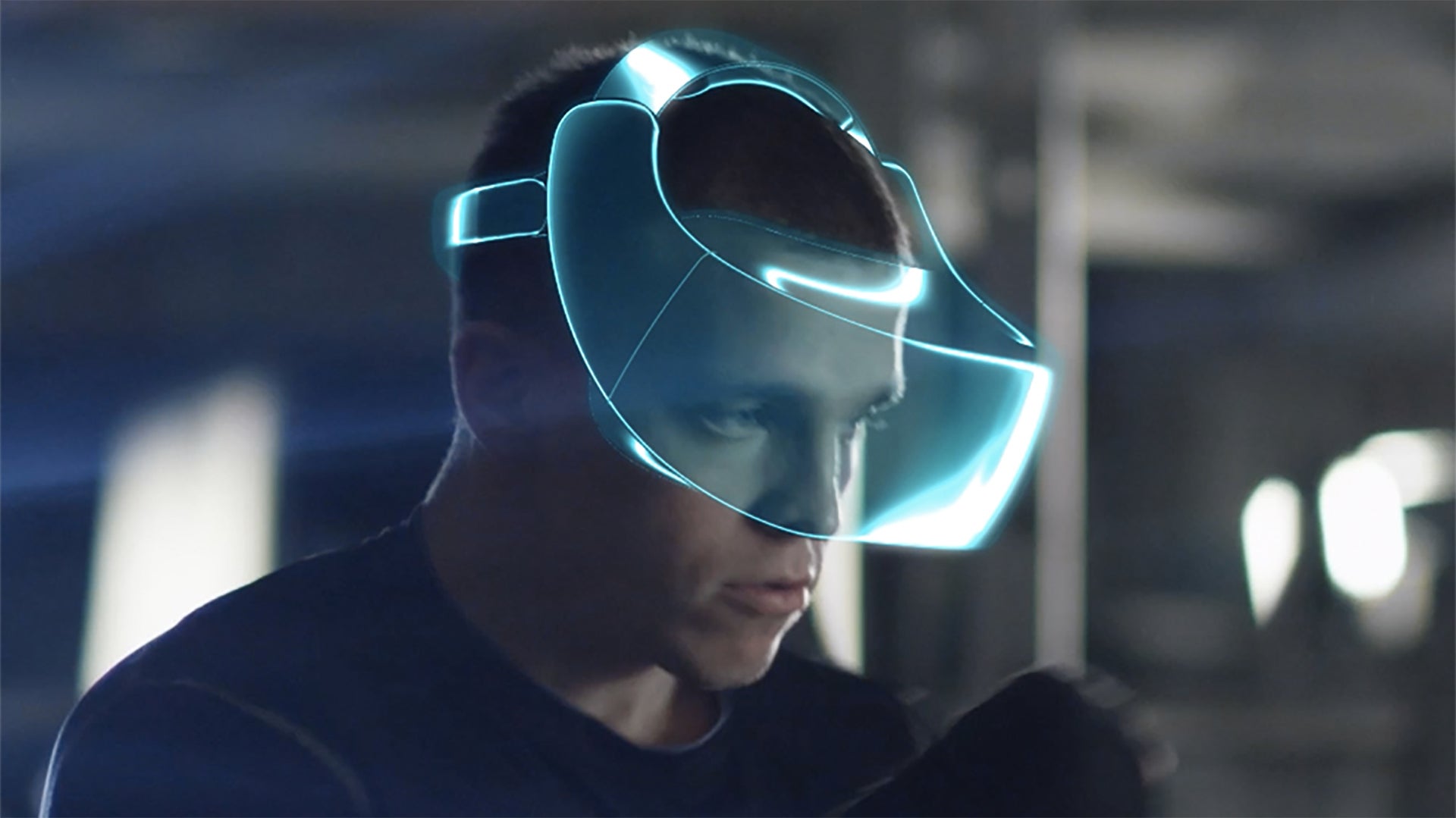 HTC Vive Focus Design and Specs: All you need to know

We’ve yet to receive a significant amount of detail about the HTC Vive Focus design or specs, but we do have some ideas.

For instance, HTC has already released an image of the Chinese version of the headset, which is expected to be – for all intents and purposes – identical apart from the software on-board. 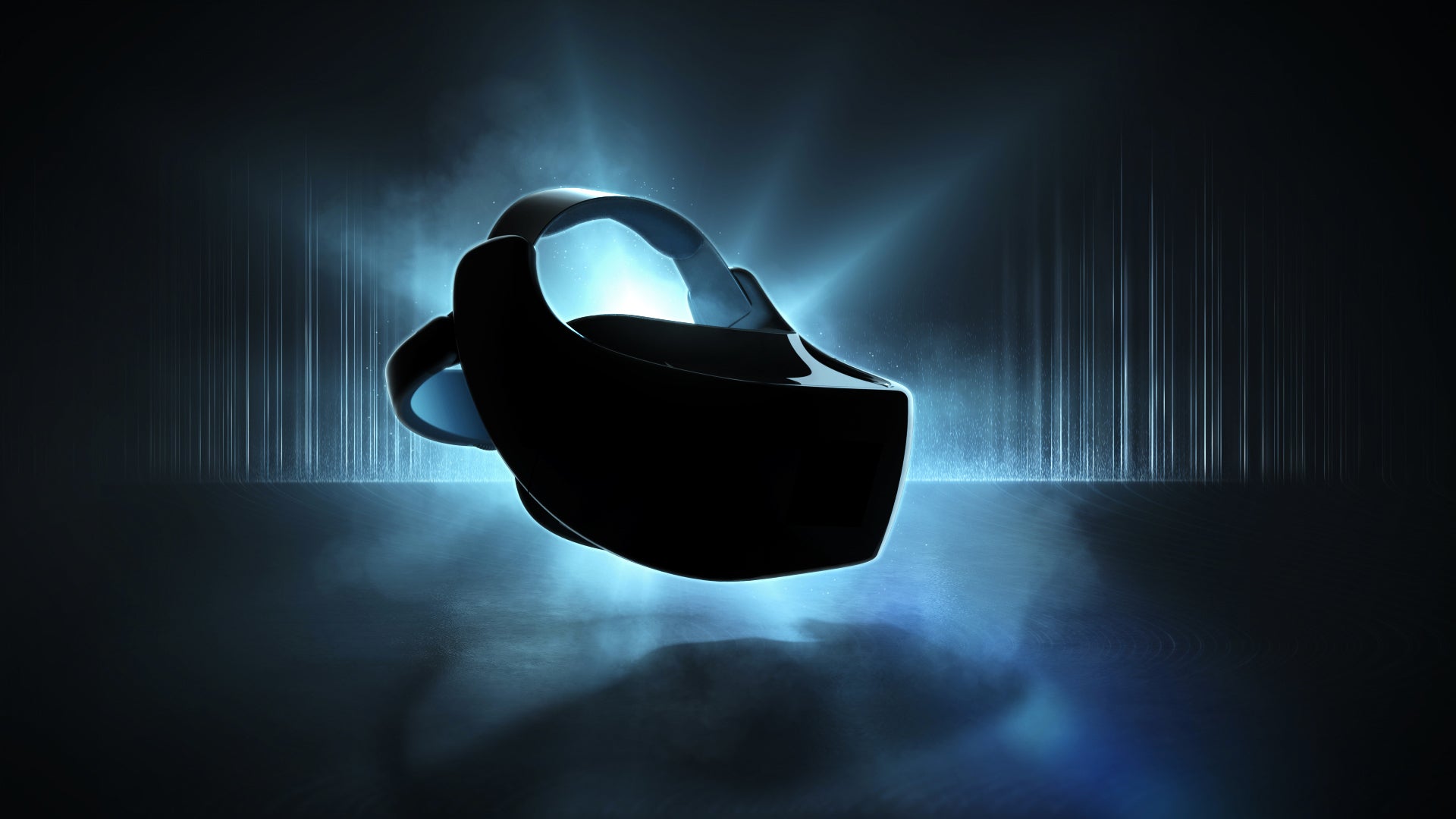 And while HTC handles design, the core technology at the heart of the so-called HTC Vive Focus will be conjured up by Qualcomm.

Google has confirmed that the standalone Daydream VR headset will be powered by Qualcomm’s Snapdragon 835 VR platform. That platform runs on the powerful Snapdragon 835 chip that we’ve already seen debuted in the Samsung Galaxy S8, OnePlus 5, and HTC U11 smartphones.

In a statement, Keith Kressin, Senior VP of Product Management at Qualcomm, said: “We are thrilled to once again work with Google and offer a powerful premium Snapdragon experience for devices on the Daydream platform.”

He continued: “Our companies share the same vision: to make it possible for everyone to enjoy rich and immersive VR experiences on a smartphone device or a dedicated VR head-mounted display while being fully mobile, rather than being restricted by cables or limited to predefined rooms set up for outside-in tracking.”

As Qualcomm is a technology licensing company, it will only be conjuring up the raw headset design, rather than selling headsets directly to consumers. HTC will take Qualcomm’s designs and tweak them to create a product that it can ship to consumers, with Google’s Daydream VR on board. 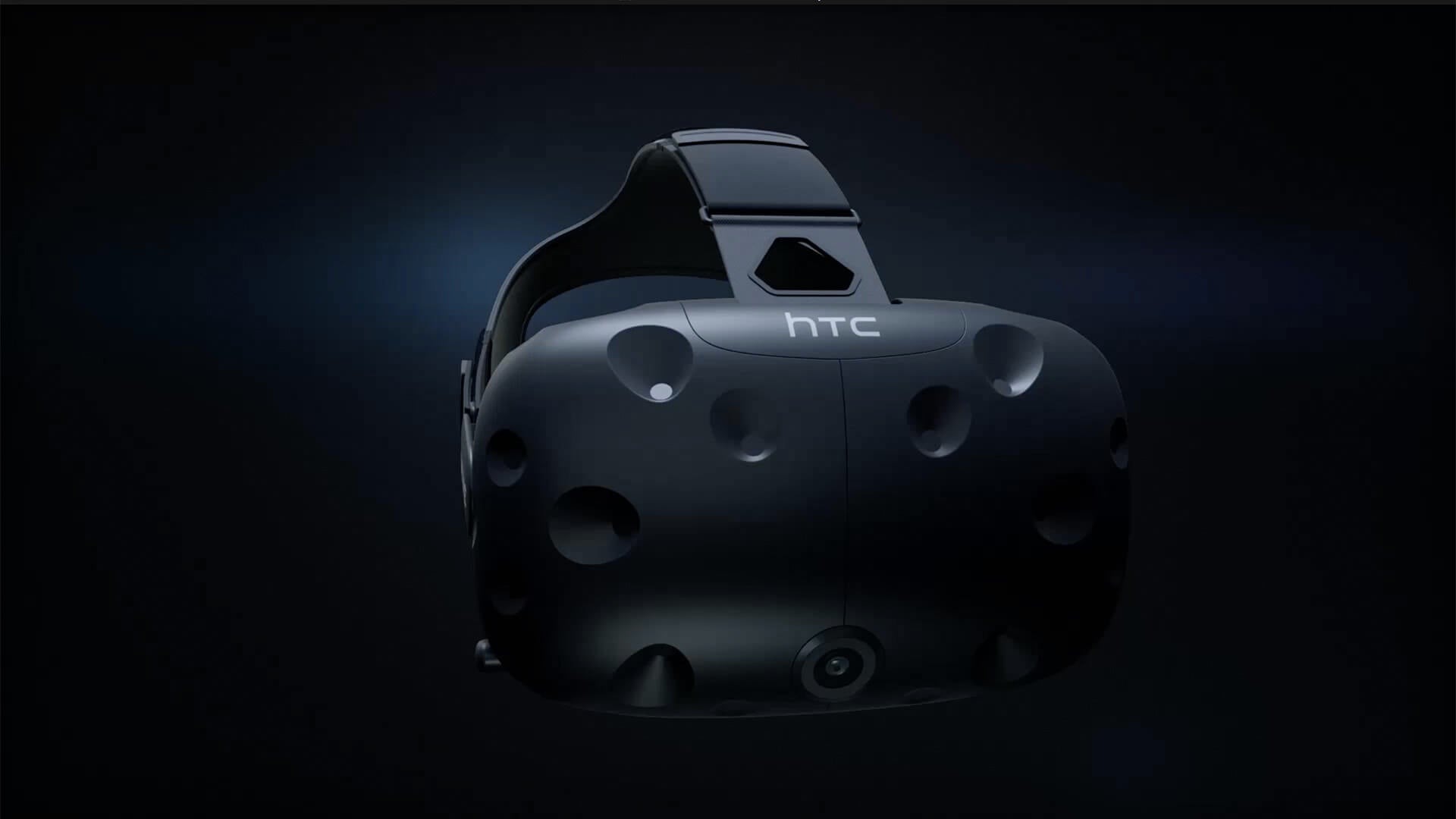 Bavor went on: “These headsets have everything needed for VR, built right into the headset itself and are as easy to use as picking them up. They’ll feature WorldSense for positional tracking right out of the box without any external equipment. We’re thrilled that headsets will begin to hit shelves later this year.”

HTC, meanwhile, issued a blog post that said: “We have been working closely with developers and consumers to define the best VR experiences over the past few years, and are perfectly positioned to deliver the most premium standalone headset and user experience.”

The Taiwanese company – which is currently rumoured to be in line for an acquisition by Google – also added that its new headset would provide a “deeper and more immersive” portable VR experience than ever before, and that it will be simple, easy-to-use, and will have no cables to connect: “Just pick it up, put it on and be fully immersed in your new reality.” 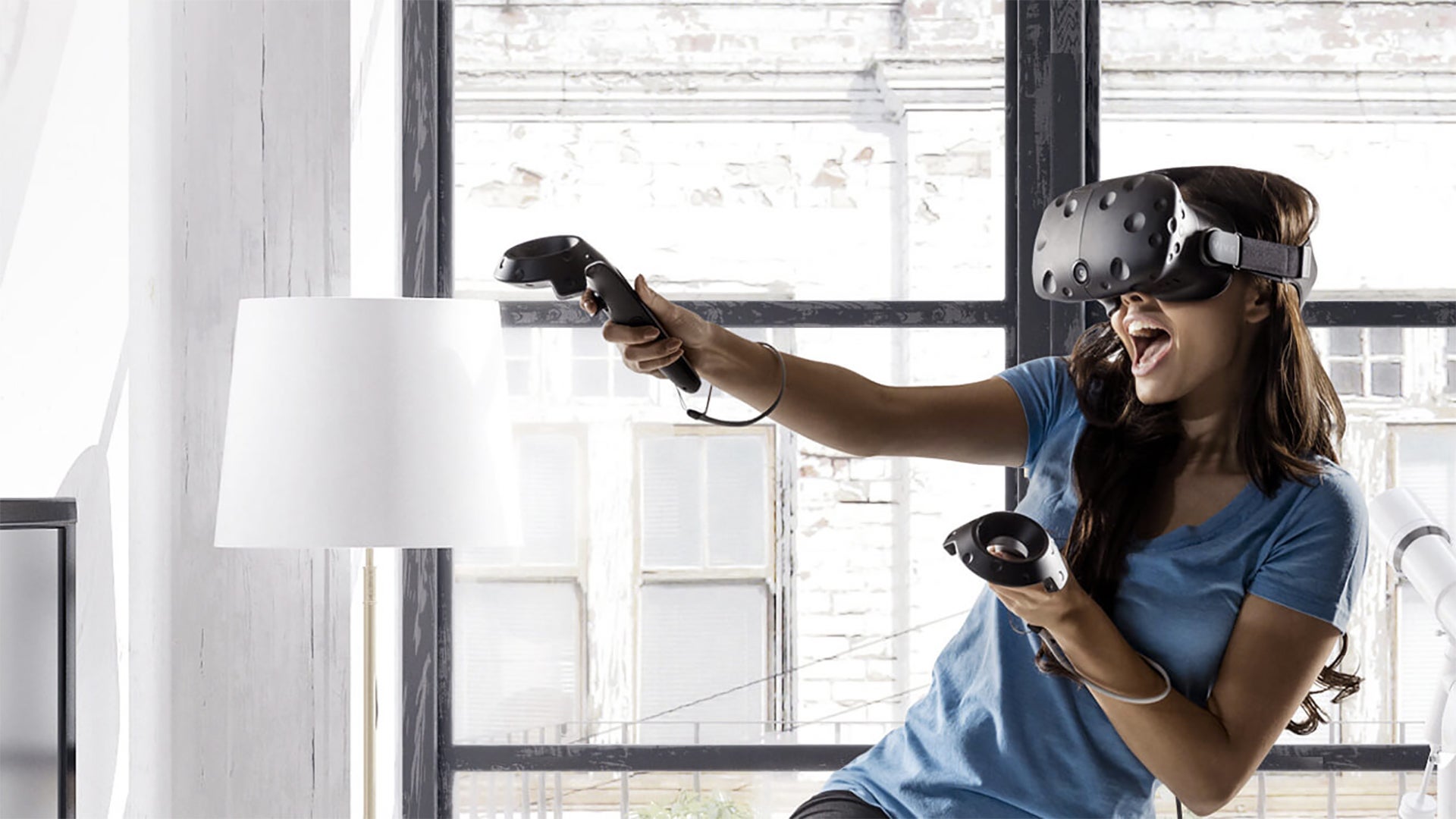 HTC Vive Focus Price: How much will the Vive standalone VR headset cost?

It’s tricky to say how much the HTC Vive Focus will cost, given the lack of rumours on the matter.

In the UK, it currently costs £599.99 to buy a HTC Vive, and that’s not even counting in the price of the gaming PC you’ll need to power it.

Meanwhile, lower end VR headsets like the Samsung Gear VR cost £99 to buy straight out, but you’ll also need a Samsung smartphone to dock inside the headset.

Given that the standalone VR headset will need to feature full Google Daydream (based on Android), run on a Snapdragon 835-based platform, sport a very pixel-dense, high-quality display, and come with a raft of sensors built in, we’d expect it to cost a similar price to a smartphone.

If we were to take a guess, we’d pin the price at somewhere between £249 and £499, although it’s tough to say exactly where Google and HTC will be aiming their headset.

Although high-end headsets like the HTC Vive and Oculus Rift have seen some success, Google and HTC will need to ensure the price of the new headset is low enough to attract consumers beyond gadget enthusiasts and early adopters.

What’s your take on the virtual reality revolution? Are you tempted by a VR headset? Let us know via Facebook or Twitter.