Has Battle for Azeroth tempted you to try World of Warcraft - or even to return. Get (back) into the game the easy way with these hints and tips

So, all the excitement around Battle for Azeroth has got you interested in playing World of Warcraft. Maybe you’re an old player – you gave up the WoW habit many, many years ago, but you think the time is right to take another look. Either way, we’re here to help you get started (or restarted) in the biggest and best MMORPG around (sorry, Elder Scrolls Online and Guild Wars 2 fans, but you know it’s true).

What do you need to get playing?

For a start, you don’t need Battle for Azeroth. In fact, you don’t need to splash out a penny to give World of Warcraft a try. These days, Blizzard offers World of Warcraft in a limited Starter Edition, which allows you to create new characters and level them all the way up to level 20. You don’t get access to any of the areas or quests added by the more recent expansion packs, but you get a decent chunk of content and a chance to explore some of the best-loved areas and questlines in the game, along with all the core races and classes.

Even after that you don’t need Battle for Azeroth. Pay for a subscription (£9.99 a month) and you unlock all the content from all six previous expansions, including all races and classes, and can take your characters all the way up to level 110. Frankly, that’s enough World of Warcraft to keep you going for the next five years.

If you’re a newbie or returner, the best reasons to get Battle for Azeroth are that (a) it comes with a level boost which will take one character straight to level 110, even from scratch, (b) you can take part in the new action at the same time as everyone else and (c) it’s a great expansion so far. However, if you’re new or you’ve missed the last few expansions, you’re going to find it all pretty baffling. The game’s kind enough to give you a little refresh on the basics before you throw a new or boosted character into the fray, but prepare to spend a lot of time wondering who all the different elves, orcs and warriors are while plundering FAQs for simple information like how to summon mounts.

The Starter Edition now has great in-game tutorials and is arguably an easier way in. It’s a great way to catch the World of Warcraft bug. 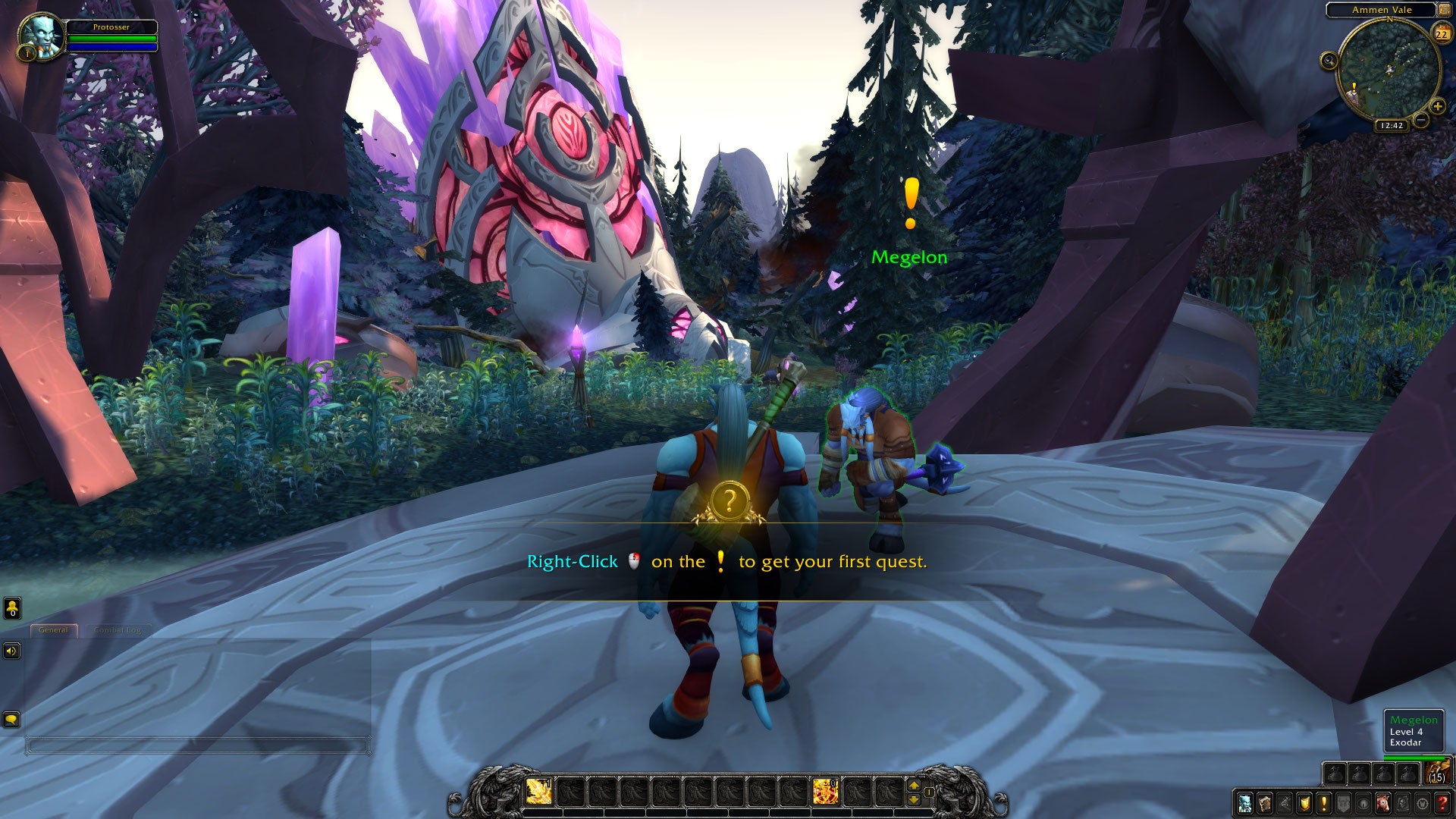 How does World of Warcraft play?

World of Warcraft was built as a smarter, streamlined version of a classic fantasy MMORPG, and the basic experience hasn’t changed that much in fourteen years. You wander around the different continents of Azeroth, picking up quests from the different non-player characters (NPCs) and battling a range of fearsome, sometimes comical and often ghastly foes.

Combat isn’t quite real-time as it would be in a more action-oriented RPG like The Witcher III or The Elder Scrolls: Skyrim. Instead you select targets then use different spells or combat abilities to kill them, or to buff or heal yourself and/or your comrades. You basically assign these abilities to ability bar, where the boxes correspond to the number keys on your keyboard, then tap away until your foes are dead.

This makes it sound simple, but it isn’t. There are levels of strategy in how you cycle through your spells and abilities, how you work around their cooldown times and how you follow one ability with another to knock an enemy off balance and then hit them with a massive blow. You also need to move sometimes to avoid incoming area attacks.

But there’s more to WoW than fighting. It’s also about exploring one of the largest and most lovingly detailed game worlds out there, kitting your character out with the coolest arms and armour, collecting mounts to ride on and pets to keep you company, and grouping up and fighting as a team.

Do you have to play in a group?

Not really. A lot of World of Warcraft’s content can be enjoyed solo, though you’ll often find yourself helping out another player (or getting helped) when you’re both working on the same objectives. One of the great pleasures of the game is that these ad-hoc alliances sometimes turn into a longer-lasting group. Players who get seriously into the game, however, will often join Guilds to get some buddies and take part in the larger scale Raids.

Raids are the big group activity in World of Warcraft, where a group of ten to twenty-five players tackle a specially-designed mission usually climaxing in a big ol’ boss battle. They’re big events designed for players who know what they’re doing, and you’ll find some Guilds take a pretty full-on, hardcore approach to them, wanting players who will commit to running so many raids a week. However, there are also other Guilds that are a little more relaxed, with players who are happy to show Raid noobs the ropes.

If you’re not ready for a Raid, WoW is also packed with dungeons. These are smaller-scale missions designed for five-player groups, again usually ending in one or more boss battles. These days, you can queue up for dungeons through WoW’s built in Adventure Guide (there’s a button for it in the bottom-right hand corner of the screen) and the game will even match you with other players and put you in the instance (a cut-off section of the game reserved for you and your group).

Are you playing against other players?

Yes and no. War has always been a part of World of Warcraft, and when you start the game you sign up for one of the two factions – the Alliance and the Horde. The two have different races, classes and quest lines available, so it makes a big difference which you pick. Cleverly, the Horde aren’t necessarily the baddies and the Alliance the goodies – they’re two groups fighting to survive, each with its own motivations, its own heroes and its own bad apples.

Warcraft’s approach to Player vs Player (PvP) has changed in the last few years. In the old days you had special PvP servers where Horde and Alliance players could attack each other on sight. Now everyone plays on the same servers but players can opt in or out of PvP, with additional XP rewards for players who opt in. You can also battle against the enemy in Battlegrounds – instances where two teams of players face off in objective-based battles – and Arenas, where small teams of players battle to the death. These aren’t active all the time, only during an open season where Blizzard can tot up your points for victory and defeat.

What race should you play?

It doesn’t really matter. All have their positives and negatives, though some are a natural match for certain classes – Night Elves often make great high-damage Mages, Rogues and useful Druids, while Taurens make natural Warriors and Hunters. The most tangible impact is that your choice of race dictates where you start the game and the initial questlines you’ll go through while you’re getting used to the game. 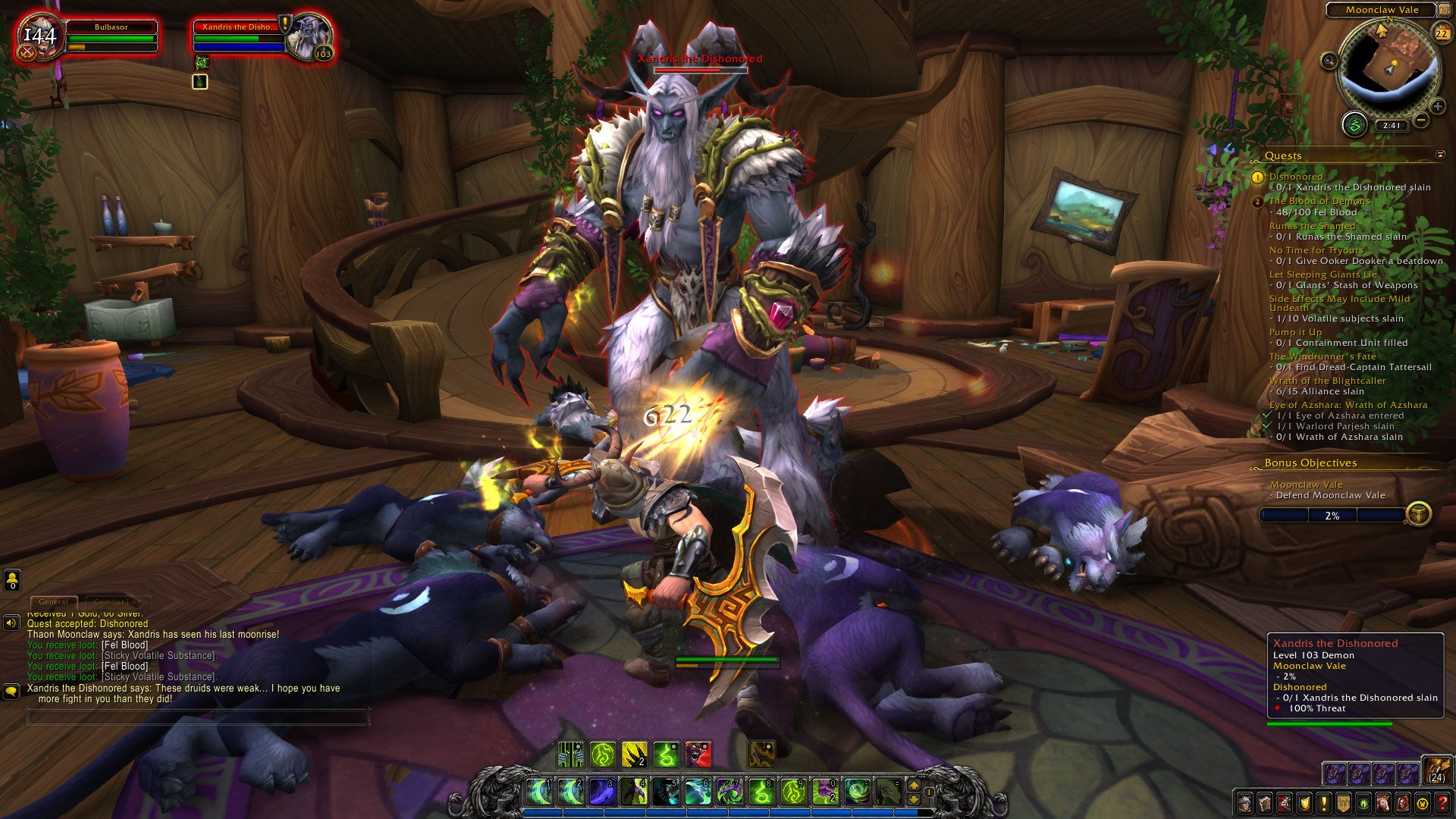 And what about classes?
Again, it’s up to you. When you’re soloing quests some classes can have a slightly tougher time than others, but the game is balanced so that any class can take on most quests on their own.

Once you’re playing in a group, though, you’ll need to understand the role your class plays in a group. Some classes, like the Warrior or Paladin, are tanks. They attract enemies and rely on high health and armour to fend off the assault. That leaves the less robust high-damage ‘DPS’ classes, like the rogues, warlocks, mages and hunters, free to dish out pain to the monsters. Healers, meanwhile, keep the tanks and DPS players healthy and perked up with offensive and defensive bonuses.

Warcraft mixes things up a little with some classes that double-up as both tank and healer or tank and DPS, or that can work in any role depending on their gear and skills. The important thing is that you know your role and play it in the dungeons and the raids. If you’re a tank, lead the way and take your punishment. If you’re a DPS or healer, don’t start running around starting scraps; you’ll get yourself and everyone else killed.

Azeroth’s a pretty big place. How do you get around?
You’ll spend a lot of time in WoW trying to get from A to B, and doing it all on foot gets pretty painful. Luckily, some areas have portals that can get you quickly from one place to another, while others have flying mounts you can hire to take you to specific points on the map. The best way to get around, though, is to get your own mounts.

To ride them you’ll need to learn the appropriate level of riding skill, and you can collect mounts by completing quests, winning them from NPCs, gaining favour with different sub-factions within your faction or just by buying them from a vendor. And while you can ride good old-fashioned horses, you can also ride around a range of more fantastic beasts, ground-based and flying, including dragons, bears, dinosaurs, clunky motorbikes, turtles, wolves and hyenas. Once you have a mount, you can summon it at any time by going to the Mounts and Pets tab in the Collections journal, or pressing Shift+P to go straight to the list.

And is there other stuff to do?
As well as a class your character can have professions, training as a blacksmith, engineer, enchanter, tailor, alchemist, archaeologist, cook or range of other options. Not only is this fun, but you’ll be able to use your skills to gather materials and make or find items you can use in your adventures. You’ll also be able to give them to or trade them with other players. 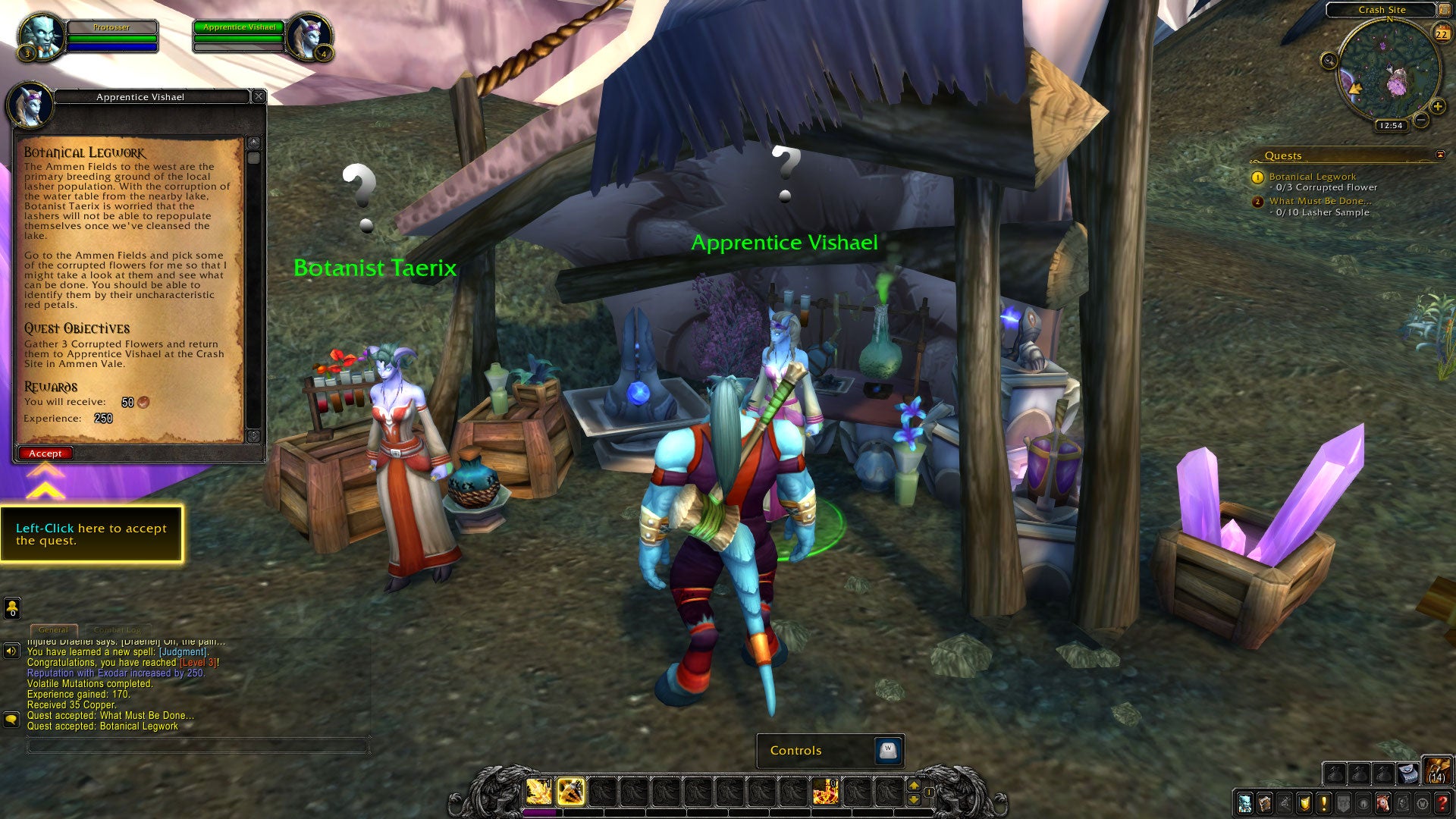 Any other tips to get started?

Sure. We’ve got a bunch.