The Samsung Galaxy S8 leaks are out in force today, with three new reports dropping within the last hour alone.

Samsung’s next flagship smartphone may not be due to arrive until February or March next year, but we’re already being inundated with leaks, rumours, and speculation. The latest reports, all three of which were just dropped by specialist blog Sammobile, suggest that we’ll see major changes to the new handset when compared to the Galaxy S7 (1,2,3).

However, don’t forget that we have no way of verifying the information in these reports. So although Sammobile has a good track record for Samsung Galaxy leaks, we’d still recommend taking due caution when reading the following information – it could all be completely fabricated.

Here’s what the latest leaks suggest:

Surprise, surprise: Samsung plans to drop the headphone jack on the new Galaxy S8, apparently. That means your existing headphones will no longer work without an adapter, at least if this rumour turns out to be true.

It’s not unprecedented, of course. Apple infamously removed the 3.5mm audio jack on the iPhone 7, to widespread alarm from fans of the useful port. There’s an adapter that resolves the issue, of course, but that’s not enough to please everyone.

With the removal of the headphone jack comes the introduction of a brand new port, according to Sammobile. Apparently, Samsung hopes to add a USB-C port on the Galaxy S8, which would replace the Micro USB port that’s currently used for charging. It could also be used with headphones that are fitted with a USB Type C connector.

USB-C is a new type of connector that features a reversible tip, just like Apple’s Lightning cables. It has the potential to be used for a wide array of accessories, and can offer faster charging and data transfer, if configured correctly.

But the most compelling evidence that this will happen is that Samsung already switched out Micro USB for USB Type C on this year’s Galaxy Note 7 – no surprises here, then. 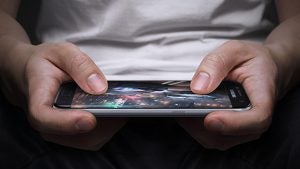 If you were hoping for a 4K display, we’ve got some bad news for you: Samsung plans to retain the QHD resolution used on the Galaxy S7, according to today’s reports.

There was speculation that Samsung would move to a 4K screen to improve the virtual reality visuals on the Gear VR headset, but it seems that won’t happen after all. On the bright side, QHD panels offer better power efficiency compared to their 4K equivalents, by virtue of the lower pixel count. And it’s fair to say that a QHD resolution is plenty for generic smartphone use.

However, Samsung is expected to switch from a Diamond PenTile pixel layout to a Standard RGB arrangement, which will reportedly “provide a noticeable improvement in virtual reality environments”.

Just like Apple is expected to drop the Home button on the iPhone 8 next year, Samsung also reportedly plans to ditch the hardware button.

Samsung is expected to launch its next flagship smartphone in February or March next year. So until then, take all such leaks and rumours with a pinch of salt.

What would you like to see from the Galaxy S8? Let us know in the comments.