There’s just a single week left of season 5. One week! Hasn’t that just flown by?

But as Lenny Kravitz once sang, it ain’t over ‘til it’s over, and we’ve still got one final set of challenges for those looking to boost their Drift/Ragnarok XP count, unlock The Enforcer, or grab the final loading screen.

So for the last time this season, let’s get into the challenges. 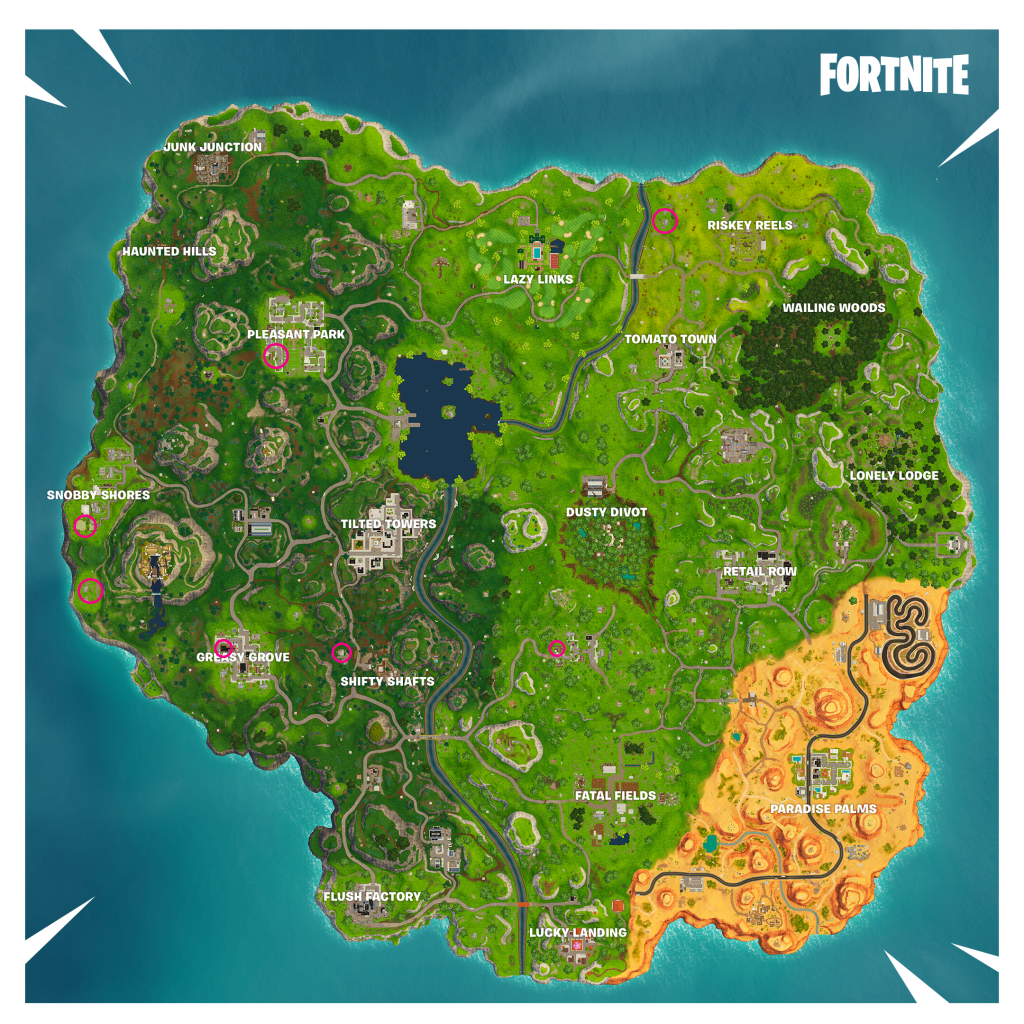 The image above has seven of the easiest to find basements. If you’re still a bit stuck, below is a breakdown of what specifically you’re looking for.

This one’s in the basement of the first house from the bottom. Mine down through the floor or smash the bookcase at the back of the room to reveal the way down.

Look for the double-doors on ground level. Smash these doors and follow the stairs down.

There’s a set of houses just west of Risky. Head there and break the double-doors on the outside of the house leading to the basement to gain access to this piece.

Land near the upper restaurant, enter it and follow the stairs leading down into the basement. Easy.

On the west side is a house with a brown roof. Head inside, then downstairs into the, you guessed it, basement.

Northwest of Shifty is a building. Head downstairs, into the green screen room and you’ll find the jigsaw.

You’ll find this piece in the first house on the left. We’ll let you guess which area of the house it’s in. Here’s a clue: It rhymes with ‘basement’.

Despite the large quantity, this one should be easy enough. Dusty Depot used to be a great spot for mushrooms, but it isn’t what it used to be. Instead, look for woodland areas in between the named areas. To the West of Tilted Towers should be fairly safe. Otherwise, if you’re down with throwing hands, Wailing Woods has enough mushrooms to make a fine, fine soup.

Kill 10 jobbers. You don’t have to emote after you kill them, but that definitely helps give you a psychological edge. And it’ll annoy their teammates, which is a bonus.

Honestly, don’t overthink this one. Just play the game, while focusing on the other challenges, and this should pop naturally.

Or play The Getaway and camp escape vans, then when a team starts building up high, shoot the structures out from under them. It’s cheap, but who really cares? We want kills! 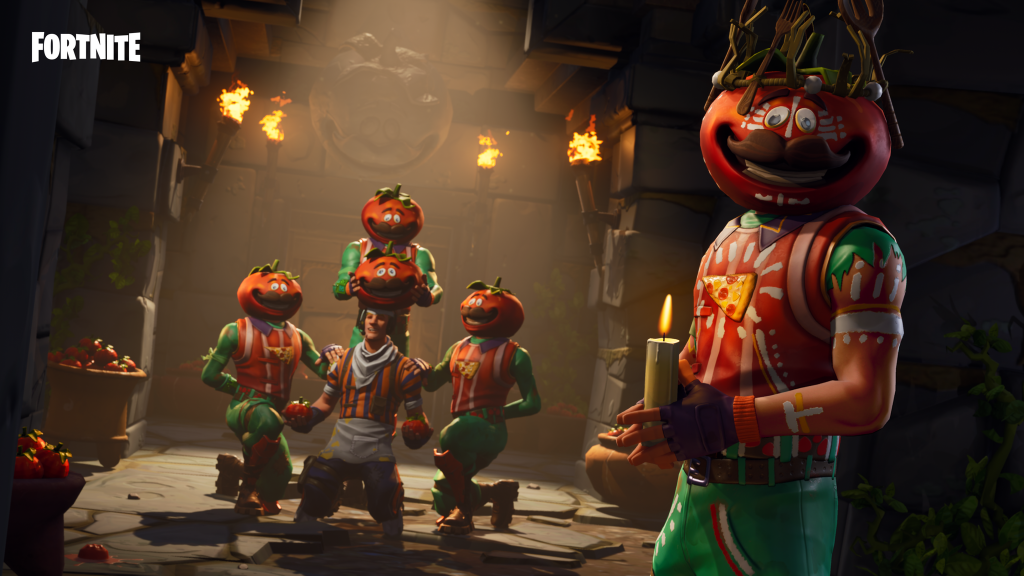 ‘Hard’ is an understatement here.

The blue house is a chest gold mine. There’s the roof, and there’s the basement, and there’s a secret spot under the stairs in the basement. You’re looking at an average of up to four chests per run. The downside, of course, being everyone else knows this and you’ll have a massive scrap on your hands as other players all fight for the same prize. If it’s too hot, focus on mining through the roofs of other houses. That’ll be longer, but much safer.

Much like with the kill 10 suckers challenge, this will happen naturally through play. 50v50 is good for mass damage, especially with a rocket launcher. Otherwise just enjoy the game.

Search Between a Covered Bridge, Waterfall, and the 9th Green (HARD) 0/1

Check out the link above for a complete breakdown of where you should be heading.

And this week’s tiered challenge is… Kills. Plenty of folk go Pleasant, so aim to land on the roof, loot up, then pick off players as they run around the middle, open area.

For Wailing, most will land in the maze. If you can land first and grab a gun, killing them should be like shooting fish in a hedge.

Lucky isn’t the most populated of named areas, so it’d be a good idea to get this one out the way sooner rather than later. There’s a chest under the tree in the square garden area. Several more in the buildings at the back. The best bet? Keep an eye out for the small buildings slightly to the East. You can grab loot here (mostly) unchallenged and you’ll have the high ground, meaning picking off the people who head to the previously-mentioned places should be cake.

If you happened to miss the week 9 challenges, which saw players follow the treasure map found in Shift Shafts, you’ve still got a week to finish them before the end of the season. Likewise, if you haven’t unlocked latest LTM’s pickaxe, there’s still time to get that done. For everything else, check out our ultimate Fortnite Season 5 hub.