From Warcraft to Overwatch, Starcraft to Diablo, there’s no shortage of Blizzard games yearning for a VR makeover. But while Blizzard has its eye on virtual reality gaming, we can exclusively reveal that it’s not happening any time soon.

A senior Blizzard Entertainment executive has confirmed to TrustedReviews that the company is “looking at” launching some of its franchises in virtual reality, but has no immediate plans to do so. During an interview at BlizzCon 2016, we asked Gio Hunt, EVP of Corporate Operations, why Blizzard hasn’t publicly shown its commitment to the platform.

“We have talked a little bit about it. , and certainly we have a bunch of really smart engineers and technologists in the company, and we’re always evaluating and looking at those emerging technologies and emerging platforms.”

There are a couple of reasons why Blizzard isn’t keen to jump on the virtual reality bandwagon just yet, according to Hunt.

One concern was that there isn’t a significant number of gamers with VR setups, so Blizzard would need to see that playerbase grow “before [they would] start to develop content specifically for that.” 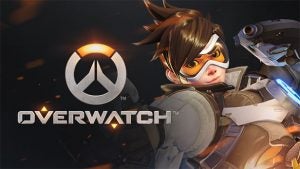 Launched earlier this year, shooter Overwatch is Blizzard’s newest franchise – but it’s probably not coming to the Oculus Rift or HTC Vive any time soon

Hunt also bemoaned the fragmented VR ecosystem, explaining how Blizzard isn’t convinced that a standard for virtual reality or augmented reality exists yet:

“. So there’s not even a standard for what VR or AR means, to be honest. So we’d need to see that technology mature a little bit more and solidify in terms of a specific platform, and we’d need to see some additional audience accumulate around that platform.”

That said, Hunt still seemed convinced that Blizzard is destined to build games for virtual reality somewhere down the line, once the VR ecosystem starts to take shape:

“You can just imagine once that occurs, what we could do with some of our universes, in an augmented or virtual reality way. So we’re absolutely looking at all of that, and once we see a substantial opportunity there, you can imagine we’ll be there.”

The Blizzard exec went on to explain how he believes all of Blizzard’s four main franchises could potentially work well in virtual reality, saying:

“I think they could all do great, actually. All our universes are robust, deep, and I think depending on what the technology was and how we would go about doing it – I mean it’s hard to even imagine what it would look like exactly – but I think all of the universes could work well on those types of platforms.”

We also asked Matt Goss, a Lead Game Designer on World of Warcraft, one of Blizzard’s most popular franchises, about whether we’d ever see Azeroth in virtual reality, to which he replied: “It’s not something we talk about, but again, I would never say never. But it’s not something we’re currently talking about.”

Related: Diablo 4 – everything you need to know

Which Blizzard game would most like to see in virtual reality or augmented reality? Let us know in the comments below.