Which is the best Ryzen CPU? If you’re tired of Intel processors, on a budget or want something that’s not just for gaming, this is a good time to jump ship. AMD’s Ryzen processors are far more competitive than the old FX chips.

We’ll cover both desktop and laptop CPUs in this feature, as well as breaking down and explaining AMD’s naming conventions.

We have recently reviewed the new Ryzen 9 3900X, comparing it with the Intel Core i9-9900K, and will be turning our attention to other CPUs in the Ryzen 3000 Series soon.

First, let’s deal with the Ryzen naming scheme. Much like Intel’s Core i-series, each name denotes a family, and then a set of numbers and letters specify the model.

There are “3” series chipsets for entry-level buyers, the “5” series for the mid-range and “7”s for the high-end mainstream buyer. Those who want the best AMD Ryzen performance possible can also move up to AMD’s powerful Threadripper series.

These are CPUs with more cores and greater performance. However, they also need more power, and demand a better PSU. An entry-level build won’t do the job for these CPUs.

The three numbers after the first one are your usual model codes. Higher number? More power. 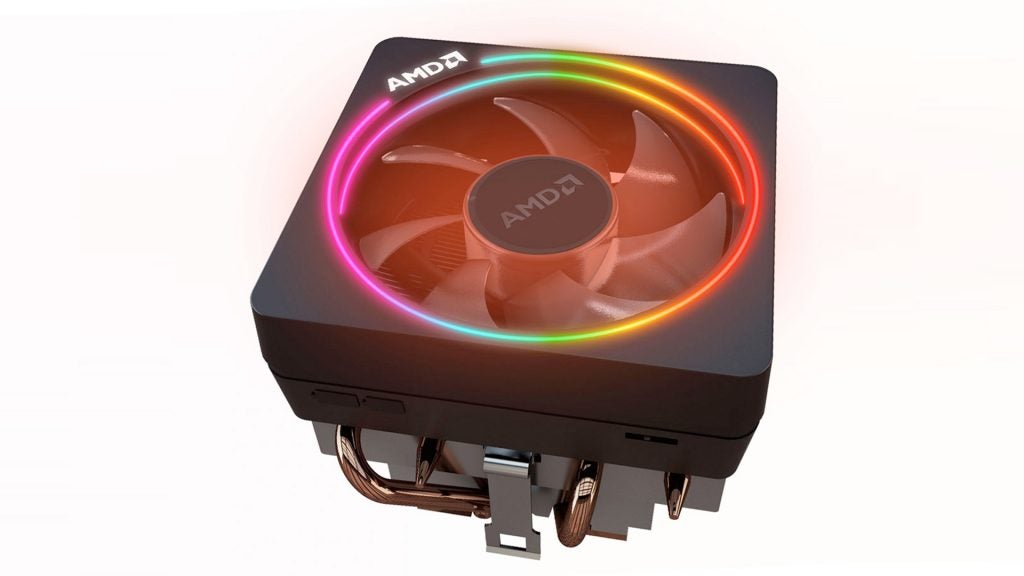 Letters get involved too, though, and here’s where things can get tricky.

Unlike the K-series Intel CPUs, Ryzen processors with an X at the end of their names don’t have any huge bonus overclocking powers, as you can overclock pretty much all Ryzen CPUs. However, they are slightly more powerful than their non-X counterparts, and some demand a bit more power.

If you see a “G” at the end of the model number, that means it has Vega graphics built in. If there’s no “G” that means there’s no GPU component at all, and you’ll have to get hold of a separate graphics card. You won’t even be able to plug in a monitor without one.

In this respect, AMD CPUs are different from Intel ones, which have baked-in basic graphics. However, AMD processors that do have Vega hardware all have more graphics power than Intel’s models. And if you are a gamer, buy one without a GPU section and you don’t get that nagging sense there’s hardware on board going to waste.

Finally, there are a couple more letters to consider. See a “U”? that means it’s a laptop CPU, and you’re probably looking at a laptop product page. See an “E”? This means it’s a low-power, low-heat desktop CPU, which will run cooler and quieter, and can make do with a pretty puny power supply.

Can I upgrade from Ryzen 1st gen to 2nd?

One of the neat parts of the second generation of Ryzen CPUs is they use the same socket as the first. This means owners of Ryzen systems can easily upgrade without having to change their motherboards.

The Ryzen socket is called AM4, although top-end Threadripper models use a different socket called TR4 – keep this in mind if you’re thinking of making the jump.

The obvious choice for an entry-level general purpose desktop is the new Ryzen 5 3600. This is the entry-level processor from the Ryzen 3000 series, and features six cores, a base clock speed of 3.6GHz (boosting to 4.2GHz).

It doesn’t have hyper threading, which lets the system behave as if it has more cores, but its performance is still great for the money.

You’ll get similar productivity performance to an Intel i3-8100, which costs around 20% more. And the Ryzen flattens the Intel for pure gaming performance. 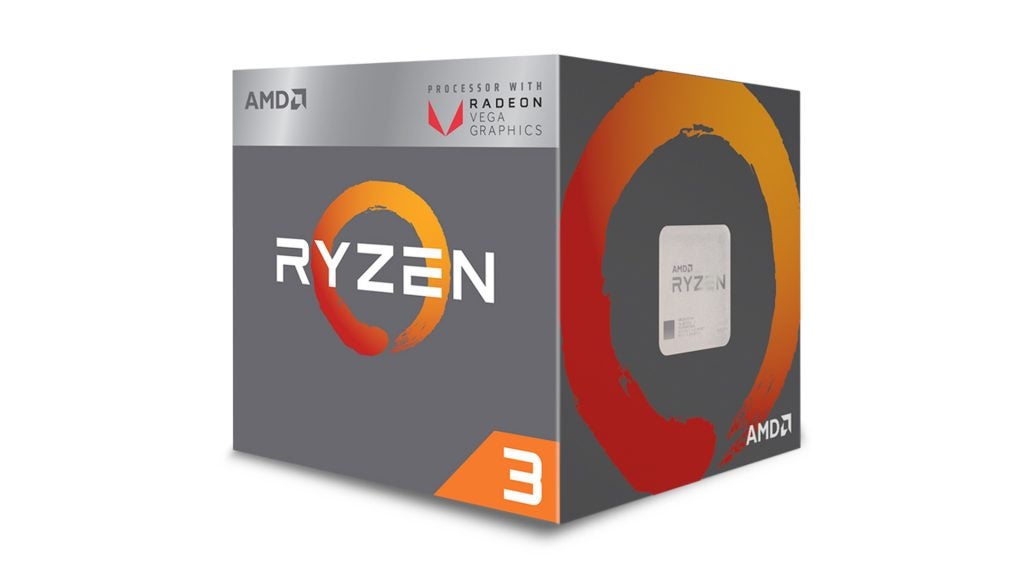 It has Vega 8 graphics. No PC gamer will be impressed by the Vega 8’s power, but you will still see up to double the frame rate in games compared with the Intel Core i3, which has UHD 630 graphics.

A Ryzen 3 2200G will play Fortnite at over 60fps at “medium” graphics. But if you want to play with “high” settings you’ll want a discrete graphics card to help with that. Still, this is a great solution for casual gamers that can save you a good amount of money.

And, to be honest, Fortnite looks okay at medium graphics anyway.

Ryzen 3 2200GE — This is a lower-power version of the above CPU. It has a  TDP of 35W instead of 65W. This tells you the amount of heat it can create before things become unsafe. It doesn’t mean the CPU draws 65W power too, but it’s a reasonable indication of the level of power supply your computer will need.

Ryzen 3 1200/1300X — These are the first-gen Ryzen 3 chips. They don’t have integrated GPUs, though, and are probably only worth buying if you find them on sale cheap.

Ryzen 3 2300X — Announced the September 2018, this is a step up from our recommended CPU. It has a faster turbo and no graphics component, which is why we’d stick with the Ryzen 3 2200G for a simple build.

Have even less money to spend?

If spending £100 on the processor alone of your new PC sounds way beyond your budget, there are other AMD options. But they are not actually part of the Ryzen line-up.

What you want is an AMD Athlon CPU, like the 200GE, 220GE or 240GE. At the time of writing only the 200GE is available. But as it’s almost certainly the most affordable, it’s the one we’re after anyway.

It costs £54.99 and, here’s the neat part, uses the same socket as the Ryzen processors. This means you’ll be able to upgrade in the future without changing motherboard.

It’ll still let you play Fortnite at Medium settings, but the frame rate is will hover around 25-30fps. We’d still class this as a great processor for casual home PCs, though, and it’ll run Windows 10 and day-to-day productivity apps just fine.

Taking a step up, which Ryzen would we recommend for gaming PC builders with a sensible budget? The Ryzen 2600X is a good choice.

Once again, the Ryzen is simply cheaper than the Intel alternative too. It’s comparable with the Intel Core i5-8600k, which costs £240 to the Ryzen’s £195. 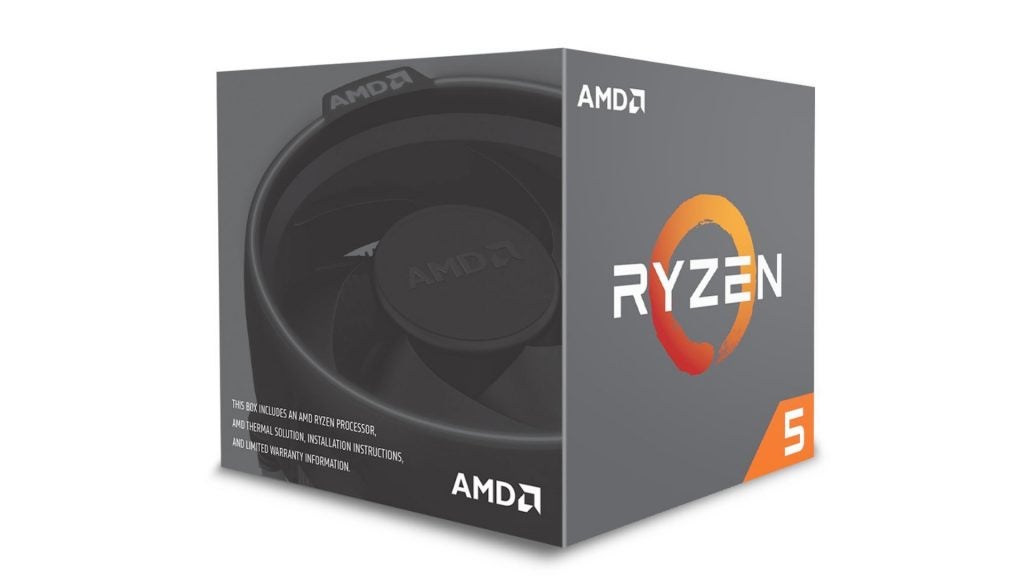 Ryzen 5 2600 — The step-down model is slightly less powerful and has a slightly worse cooler. However, if you have no intention of overclocking it may actually be a better option for many of you as it’s available for a tempting £150. Its TDP is lower too, so puts less strain on the system cooling as well.

Ryzen 5 2400G — This is the highest-end Ryzen with integrated graphics, Vega 11 in this case. Like the Ryzen 3 with GPU, it’s a good fit for casual gamers. But as the Vega 11 is still flattened by the entry-level GTX 1050, it can’t be considered real gamer’s hardware.

Most of us don’t need the extra power of a Ryzen 7 over a Ryzen 5. If you’re a gamer, you may be better off piling a little more money into your graphics card than spending more on a higher-end Ryzen.

However, some software packages can make good use of the many cores and high performance of the Ryzen 7 2700X rather well. Good examples include Adobe Photoshop, Adobe Premiere, Microsoft Excel and Maya.

Video editing, 3D modelling, hardcore spreadsheeting and image editing are the kind of apps that can actually test your system’s RAM and multi-threaded CPU power. These apps will like the Ryzen 2700X.

It’s an octa-core processor with 16 threads, 3.7GHz clock speed and 4.3GHz turbo. Make sure you factor in its TDP of 105W, though. However, this is only 10W higher than its Intel rival the i7-8700K, so it’s not suddenly going to melt motherboards. 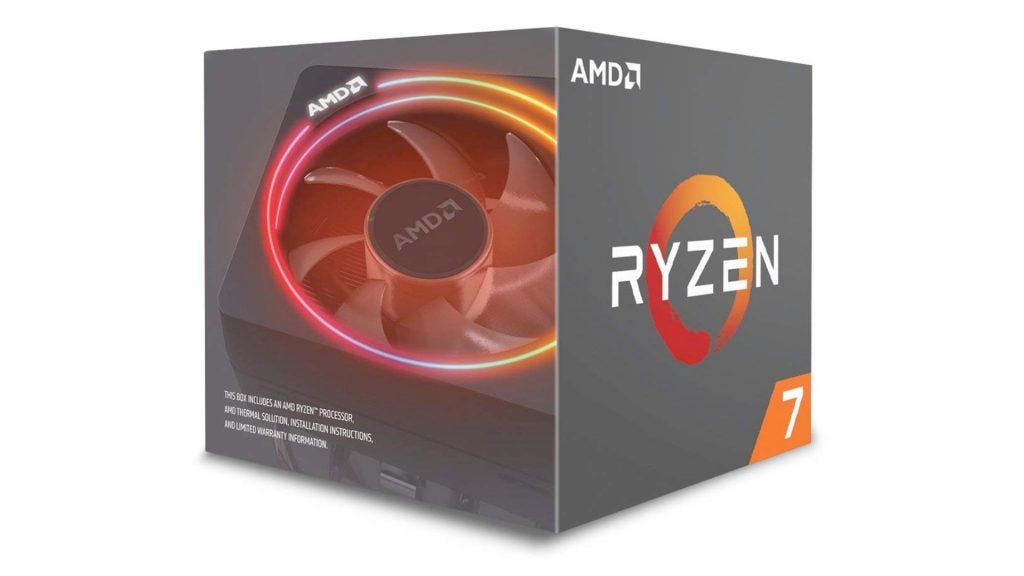 Best Ryzen CPU for a laptop

The Ryzen sweet spot in the world of portable PCs is a slim and light laptop. Laptops with an AMD CPU tend to cost substantially less than Intel ones.

We love a laptop that offers a premium look and feel at a friendly price, so once again the Ryzen version here is our pick of the day.

Something like the Lenovo IdeaPad 530S or Acer Swift 3 (AMD versions) gets you a fancy-looking laptop for under £700. And the Vega 8 graphics hardware inside is roughly twice as powerful as the Intel UHD 620 you get in an Intel Core i5-8250U laptop. Raw CPU power is comparable too.

AMD CPUs have fewer fans and inspire less buyer confidence than Intel CPUs, which is why AMD laptop prices are generally quite attractive. 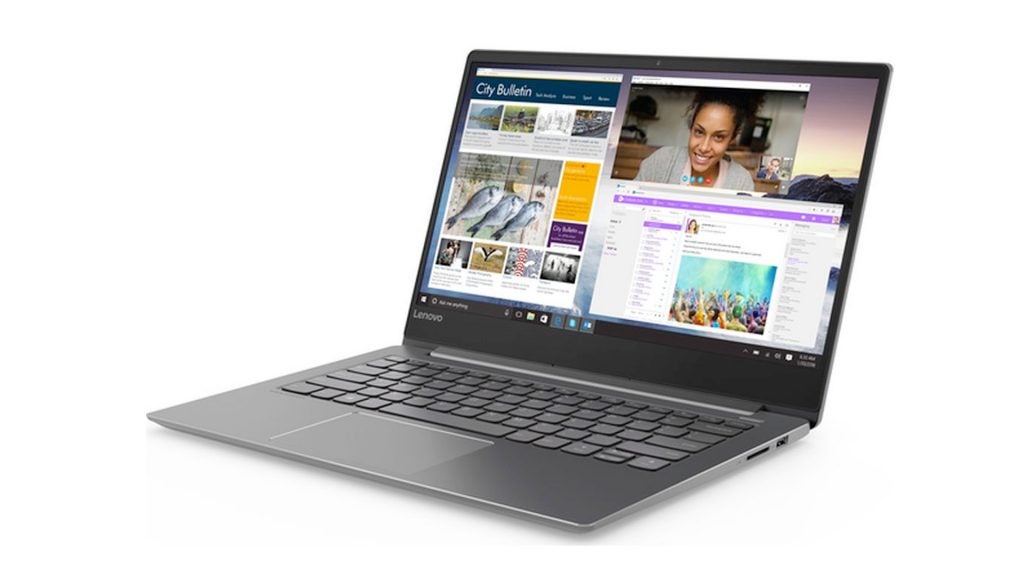 These are ultra-high performance CPUs that are very expensive, and complete overkill unless your daily workloads include loads of hyper threading uses. If you’re a 3D modeller, a video editor or audio engineer/producer who for some reason needs scads of power, maybe a Threadripper is the right choice. Maybe.

This is really more of a workstation processor, dressed up in the garb of one to be talked about on gaming forums. However, we can still marvel at its power, with up to 300% more of it than a Ryzen 7.

The CPU alone costs £1639. Like window-shopping for Lamborghinis, most of us should treat Threadrippers as a tech curiosity. Don’t be the person who just drives a super car to Tesco. 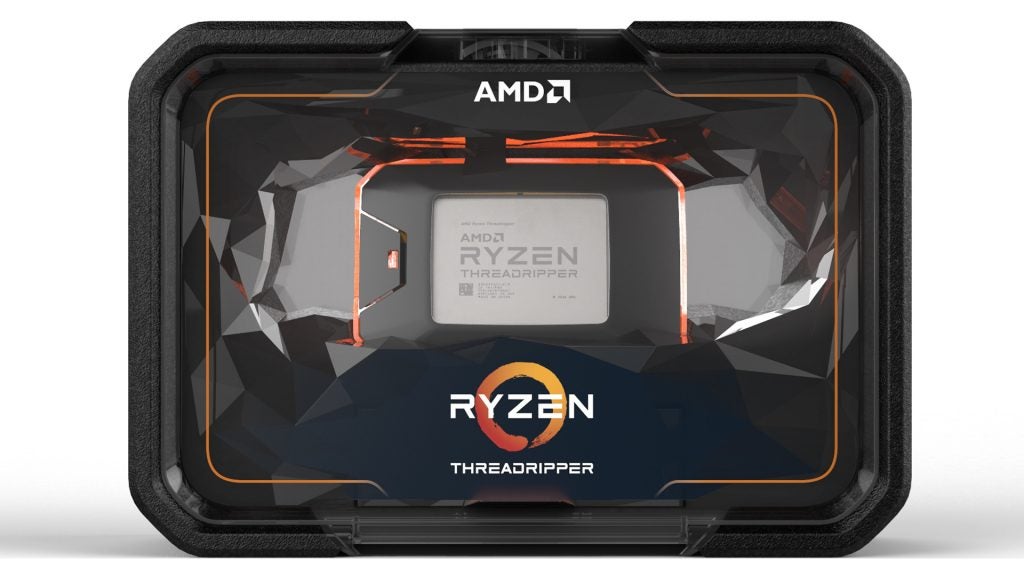 The best Ryzen CPUs are those that exploit the series’s two core strengths: competitive prices and good integrated graphics.

A desktop with a Ryzen 2200G makes a perfect family computer. It’ll have a reasonable amount of power, can be built cheaply and will be able to play games like Minecraft, Fortnite and older console-style titles as well.

Gamers looking to build their own PC should check out the Ryzen 5 series, which has enough grunt to pair with surprisingly powerful GPUs, without bottlenecks.