AMD did say, however, that the technology found with the AMD Navi cards brings a slew of cool features to the table including image sharpening and reduced lag. 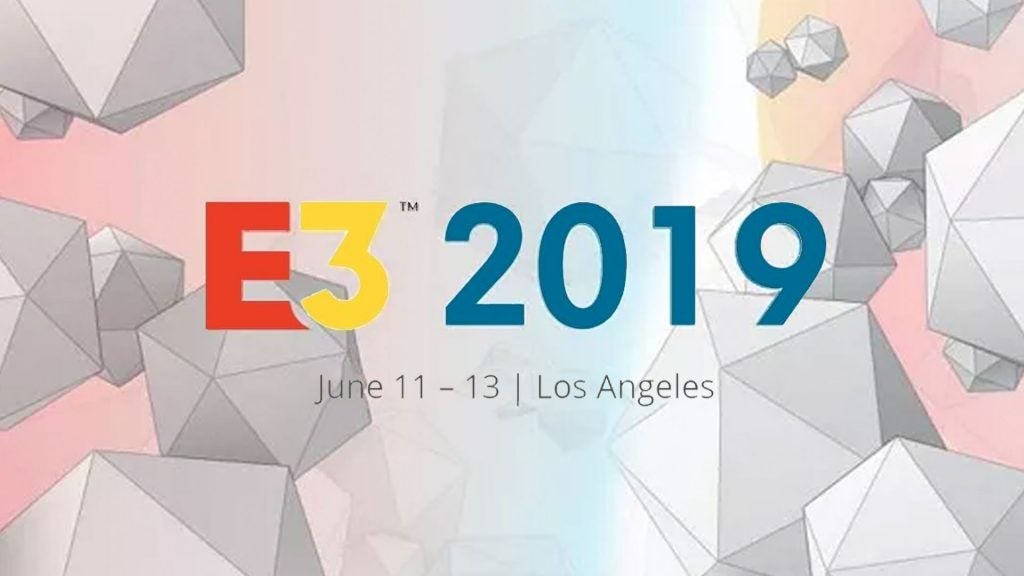 What is AMD Navi?

AMD’s forthcoming graphics cards will use next-generation 7nm architecture, becoming AMD’s first entirely new GPU design since Vega, which launched a year and a half ago.

RX 5700 will be the name of the first Navi family, reflecting the fact that AMD celebrates its 50th birthday this year. During the E3 showcase, AMD revealed the first three graphics cards of the family: the Radeon RX 5700, RX 5700 XT and the RX 5700 XT 50th anniversary edition.

AMD compared the former two cards of the trio to Nvidia’s RTX 2060 and RTX 2070 respectively, claiming the Navi duo actually offer a slightly better performance while simultaneously undercutting the RTX prices. But with AMD’s GPUs lacking real-time ray tracing features, it could be argued Nvidia still has the upper hand.

The new Navi GPUs promise 1.25x performance per clock and a 1.5x boost in performance per Watt compared to 1st gen Vega graphics cards. Lower latency, a new cache design, and support for the PCIe 4.0 standard are all confirmed features, while AMD also boasted the RDNA architecture will help to sharpen images and reduce lag.

AMD has now confirmed that Navi graphics cards will be released on the 7th of July.

The AMD Radeon RX 5700 XT has a confirmed price of $449. There’s no UK price just yet, but we’ll update this article as soon as we get an update.

The AMD Radeon RX 5700, meanwhile, will be available for a cheaper $379 price given its less powerful performance. Again, no word on UK price just yet.

Specs and features are all very well and good, but how do the AMD Radeon RX 5700 cards actually perform? Well we weren’t able to test the cards ourselves, but AMD did provide their own performance figures. Of course, this means you have to take the data with a pinch of salt.

AMD displayed a bar graph, claiming that the Radeon RX 5700 XT sees a 22% performance boost compared to the Nvidia RTX 2070 when playing Battlefield 5 in 1440p (Quad HD). This was the biggest performance gap of the lot. Other games where the 5700 XT saw a reasonable performance advantage included Metro Exodus (+15%), Call of Duty: Black Ops 4 (+6%)and The Witcher 3 (+5%). The majority of the other games saw only incremental improvements, suggesting there really isn’t much between the RX 5700 XT and RTX 2070 in terms of performance.

Interestingly though, AMD decided to show all of this data for games running in Quad HD and never really spoke about 4K. This is a little strange, as the RTX 2070 is capable of running games in Utlra HD, even if not quite meeting the desired 60fps target with modern AAA titles. The presentation clearly shows that AMD is marketing its two new graphics cards for Quad HD gaming rather than 4K, which is admittedly a little disappointing. 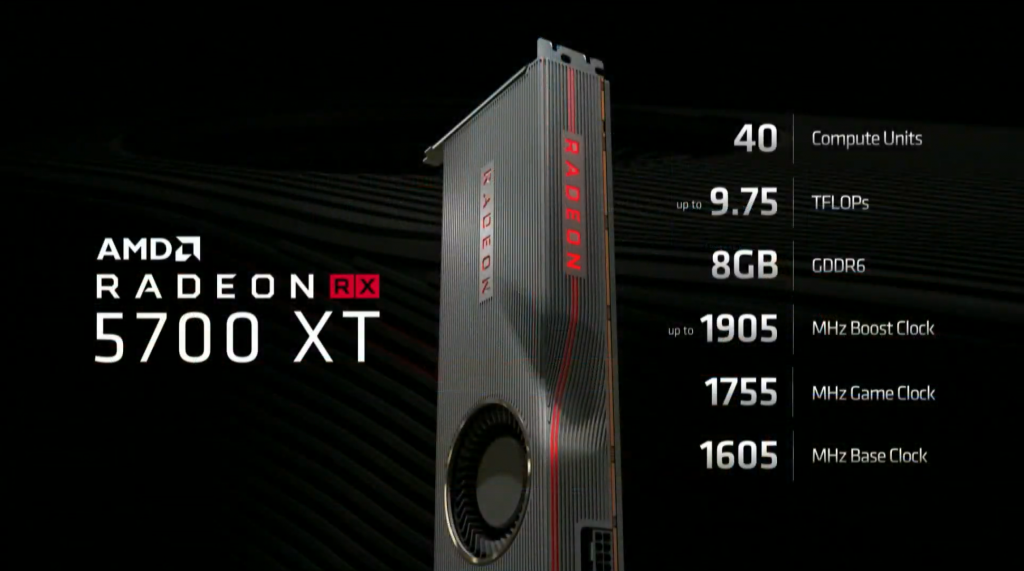 In fact, there is no title here where Nvidia has the upper hand, but you have to bear in mind that AMD hand-picked these games for the bar chart. That said, almost all of the most intensive PC games are listed here, while Shadow of the Tomb Raider is actually optimised for Nvidia hardware, despite showing a +6% performance improvement in AMD’s favour. The difference in specs isn’t quite as impressive for the Radeon RX 5700 when compared to the RTX 2060. While the AMD Navi graphics card does have the slight edge on its Nvidia rival for both Boost Clock Speed and VRAM, it’s also slightly more pricey. You could argue the RTX 2060 is a much better value purchase given that it’s also offering up ray tracing, but we can’t say that for sure without testing it first.

Are you excited by the Radeon RX 5700 XT and RX 5700 graphics cards? Let us know @TrustedReviews on Twitter