Asus’ ROG Mothership “desktop replacement” laptop concept announced earlier in the year has been revamped and will be going on sale with Intel’s new Core i9-9980HK CPU running under the hood.

At a glance, little has changed from the early proof-of-concept we saw back in January. It’s still a hulked-up convertible machine that looks like the Microsoft Surface Pro 6’s hencher, nerdier, sci-fi-obsessed cousin. The keyboard still detaches, and can be remotely connected to the ROG Mothership via Bluetooth or USB-C, and the body is still covered in six pieces of CNC-milled metal.

The thinking behind the design is less about largesse and more about placing the heat-generating components away from the laptop’s deck, arranging fans, heatsinks and airflow pipes so that any warmed air is allowed to rise and be pushed upwards and to the sides of the device.

By having dedicated cooling pipes moving air away from the CPU and GPU, Asus claims that the ROG Mothership’s standing design lowers component temperature by 14ºC and 10ºC respectively, compared to a typical laptop design.

Thermal Grizzly liquid metal paste, contained within an internal fence to prevent leaking, has also been applied to the CPU, which Asus says lowers temperatures by a further 13ºC. That’s probably just as well, because while we haven’t seen what the i9-9980HK is capable of, Core i9 processors have a tendency to run rather hot – see our review of the Intel i9-9900K. 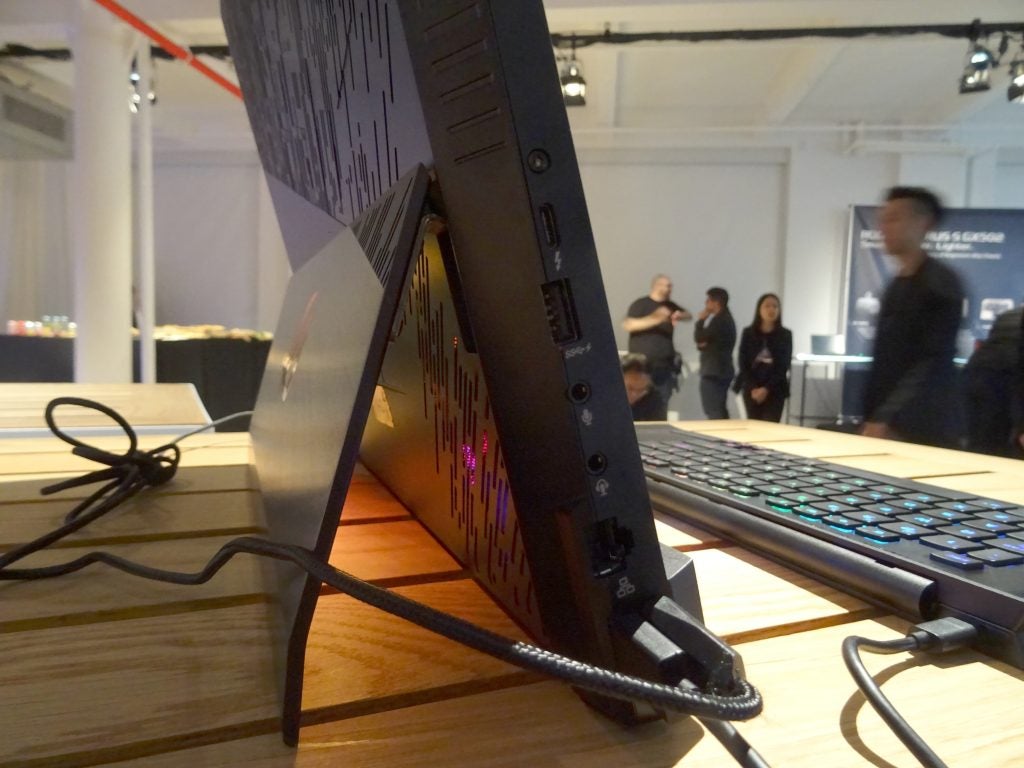 While we still don’t have a price for the Mothership, we can expect the price to be out of this world. Astronomical, even.

In addition to the clever design and component cooling measures, a full-fat Nvidia RTX 2080 – i.e. not Max-Q Design – graphics processor purrs away under that metal body, and you get a very generous 64GB of DDR4 2666MHz memory. Asus isn’t calling this a desktop replacement for nothing.

There are two display options, and it doesn’t look like either will cheap. The first option is a 17.3-inch Full HD panel that runs at 144Hz and covers 100% of the sRGB colour space.

If you want something that will let you get a better look at your games, there’s a 4K 60Hz option that promises to max out the wider Adobe RGB gamut, too. Both displays will support Nvidia’s G-Sync technology, natch. 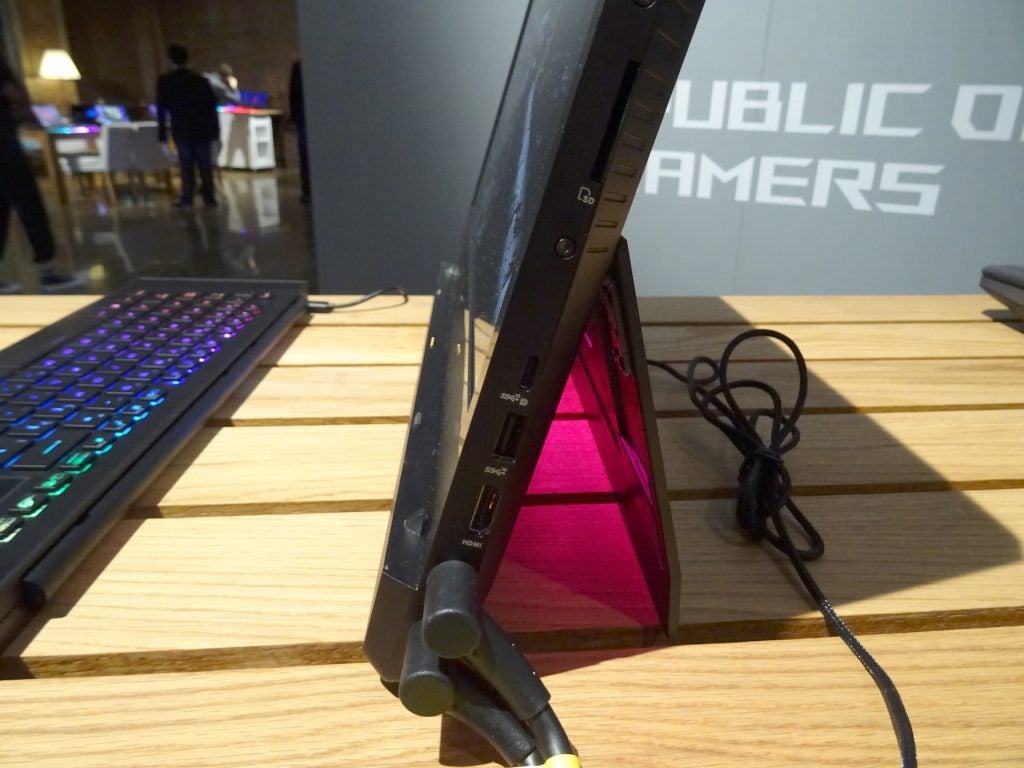 On paper that may pose a dilemma for buyers. You might want to push games beyond 60fps and whack on ray tracing, but that’s going to be hard on a 1080p screen with a 2080, thanks to the current state of DLSS – you can output to up to three monitors at once with the Mothership. If you have the money to spend on a device such as this, then picking up a 4K gaming monitor shouldn’t be an issue for you – we assume.

Here are all of the official specs for the retooled Asus ROG Mothership:

With the Mothership expecting to cost something equivalent to the mineral value of Saturn’s moons, prices might have to come down to Earth before you can bring one in for touchdown. As extravagant as this is, we think that the Mothership represents the shape of laptop gaming to come. Think we’re wrong? Message us on Twitter @TrustedReviews.