The PS5 and Xbox Series X are both confirmed to feature the exciting new hardware-accelerated ray tracing technology, but those not engrossed with PC gaming may not know what it is.

In this article, we’ll explain what ray tracing is, and how the light-rendering technology will improve the visuals for future games.

And if you want to start gawping at ray tracing games right now, we detail the hardware you need to get it up and running, as well as which games support it. 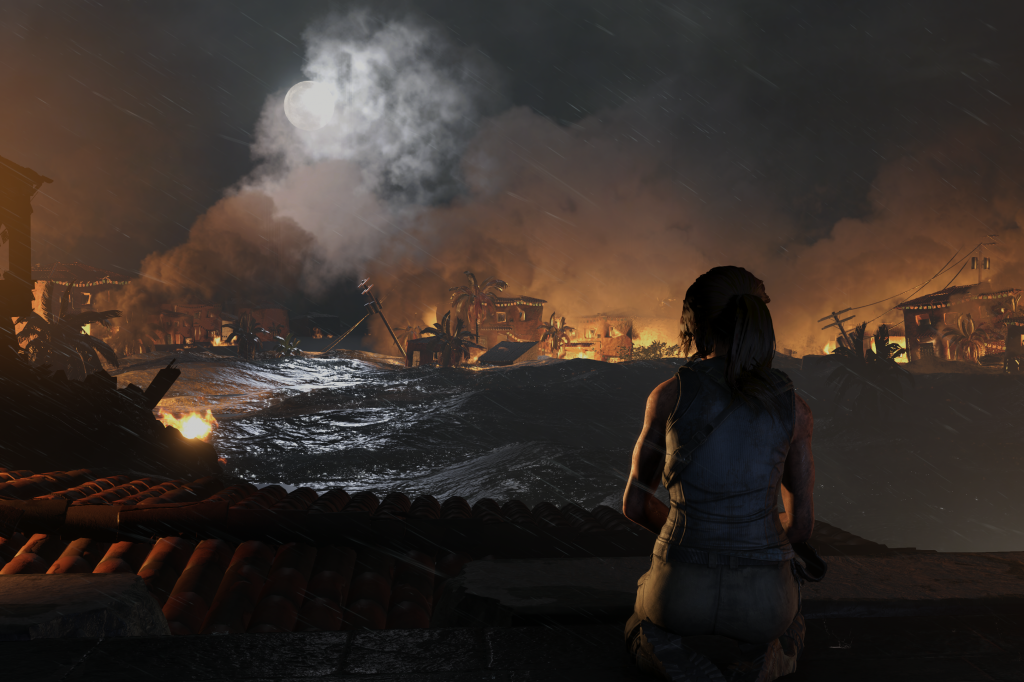 It isn’t only light that benefits from ray tracing; this more realistic behaviour of light also creates more authentic reflections and shadows.

Look down at a puddle, and ray tracing should allow you to see your character’s face staring right back at you. While reflections are nothing new in video games, developers previously had to pre-render them. Clever tricks, such as rendering an identical room on the other side of a mirror, created the illusion of a reflection, but real-time ray tracing makes the real deal possible.

Shadows, meanwhile, will look more dynamic. Think of a rising sun over a forest. With ray tracing, shadows are directly affected by the light source and will move accordingly with the sun’s position in the sky. The Shadow of the Tomb Raider tech demo also depicted how flickering firecrackers and candles will create more realistic and atmospheric lighting in dark environments.

Right now, only Nvidia RTX graphics cards support ray tracing. Not every PC game will support the technology either, as the developer must do some serious updates to get it working. The PC games that support ray tracing with RTX GPUs are as follows:

While a list of over 20 titles is undoubtedly respectable, it’s still arguably not enough to merit such expensive costs for Nvidia’s RTX cards – the RTX 2080 Ti costs over £1000 for example.

However, AMD claims there will be much more aggressive support once the PS5, Xbox Series X and Navi 2X graphics cards launch. The increased number of ray tracing supported hardware will make it more worthwhile for developers to make use of the technology.

It’s unconfirmed which PS5 or Xbox Series X games will support ray tracing right now, other than Minecraft for the latter which looks stunning, but we’ll likely hear more on that front in the coming months.

How good is the technology in action? We tested real-time ray tracing for ourselves with Battlefield 5 – the very first game to actively support the technology.

In the snow-blanketed landscapes of Battlefield 5’s single-player experience Nordlys, ray tracing truly excelled. Mountain ranges could be seen in the reflection of a frozen lake, while flames glinted off the metallic surface of machine guns, even as snow thundered down. Explore one of the many deserted homes in Battlefield 5, and the ray tracing improvements are even more noticeable. Glass cabinets show a clear reflection of the entire room, as well as your own character. If a sneaky soldier were to sneak up behind you while you ogled the cabinet, you’d be able to spot them immediately. Turn off DirectX Raytracing (DXR), and the glass cabinet will still show a reflection, but a very blurred and murky one that has been pre-designed and can’t be affected by its surroundings, no matter how hard you attempt to intercept the light.

Even the glass-fronted picture frames hanging up on the walls benefit significantly from ray tracing. Once activated, you’re able to see the sunlight glistening on the surface, giving it a glossy appearance rather than the dull image you’d usually find. 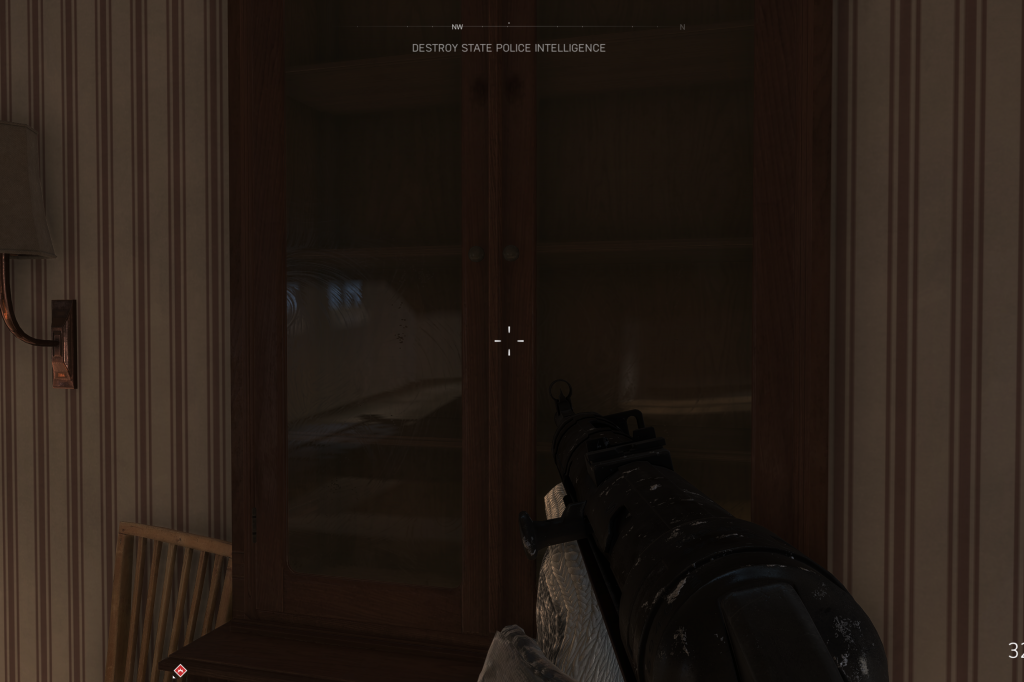 While this level of detail is incredibly impressive, it’s so subtle you probably wouldn’t notice it unless you went looking for it. This is especially true in fast-paced bombastic ventures such as Battlefield 5 where you’re too busy gunning down Nazis to bother gazing at a reflection in a cabinet.

When you factor in how much of a performance drain that ray tracing is on the GPU, you have to ask yourself whether that subtle improvement is worth it. Playing through the Nordlys level on Battlefield V in Full HD with DXR turned off, the game held an approximate frame rate average of 130fps. After activating DXR, though, that frame rate average dropped to 80fps. That’s a whopping 50fps difference.

Since we were using the Alienware Aurora R8 gaming desktop with a Nvidia GeForce RTX 2080 Ti and Intel Core i9 9900K configuration, Battlefield V still ran smoothly despite the 50fps hit. If you’re using a less modest graphics card though, (such as the RTX 2070 or GTX 2080,) or you fancy playing in 4K rather than Full HD, then frame rates might drop to such a degree that you may decide to sacrifice DXR altogether.

One of the best examples of ray tracing we’ve seen so far is in Minecraft. Because the game doesn’t put much pressure on the GPU, developers were able to use ‘path tracing’ which is essentially a more pure and intensive form of the light-rendering technology. As you can see in the video above, the more realistic lighting effects makes a significant impact on the visuals. This footage was captured with Nvidia’s RTX GPU, but Minecraft will also support this technology on the Xbox Series X.

The PS5 and Xbox Series X may offer a more reliable solution, especially since consoles generally prioritise stability over high performance. It will also be interesting to see whether AMD’s Navi 2X GPUs can ensure a smaller performance drop.

What do I need for ray tracing?

Right now, there’s a great deal of graphics cards that technically support ray tracing. Nvidia recently released a patch enabling support on all GTX graphics cards. That said, you currently won’t get the full benefit of the technology unless one of Nvidia’s RTX cards.

These graphics cards boast new hardware called Tensor Cores and RT Cores, which are required to make real-time ray tracing work as efficiently as possible. Nvidia also invented the term ‘Giga Rays’, as a measurement of performance for ray tracing.

Nvidia says that 5 Giga Rays per second is the minimum amount of virtual light ideally required to fully illuminate a typical room in a video game environment. The RTX 2070 offers the standard 5 Giga Rays/sec, while the 2080 offers 8 Giga Rays/sec and the 2080 Ti a whopping 10 Giga Rays/sec.

In other words, lighting effects on games played on a system with a 2080 Ti running will look the most impressive, realistic and immersive.

AMD will soon be joining the ray tracing party too, with the upcoming next-gen AMD Navi 2X graphics cards confirmed to support the technology. The PS5 and Xbox Series X will also support hardware-accelerated ray tracing when the launch towards the end of the year.