The Mothership is threatening to tear the roof off of laptop gaming with a bold new design that aims to keep its bleeding edge, red hot components nice and cool.

While the term ‘gaming laptop’ is something of a misnomer, manufacturers have kept up with the pretence that we actually play PC games with these things sat on our laps. Until now. Enter the Mothership, Asus’ bold new move which threatens to literally turn laptop gaming on its head.

Imagine a Microsoft Surface Pro 6 crossed with a Challenger 2 battle tank, and you’ll have a good idea of what the ROG Mothership looks like. It is a monster.

The Mothership’s case is made up of six individual CNC-milled pieces. As with the ROG Zephyrus S GX701, the dark grey and black paint is offset with tasteful copper finishes.

Like a Surface, or any convertible-type laptop-tablet hybrid, the Mothership’s keyboard is detachable, with the display portion of the device supported by a sturdy kickstand, which juts out firmly and confidently. All of the main components are stored on the monitor portion. 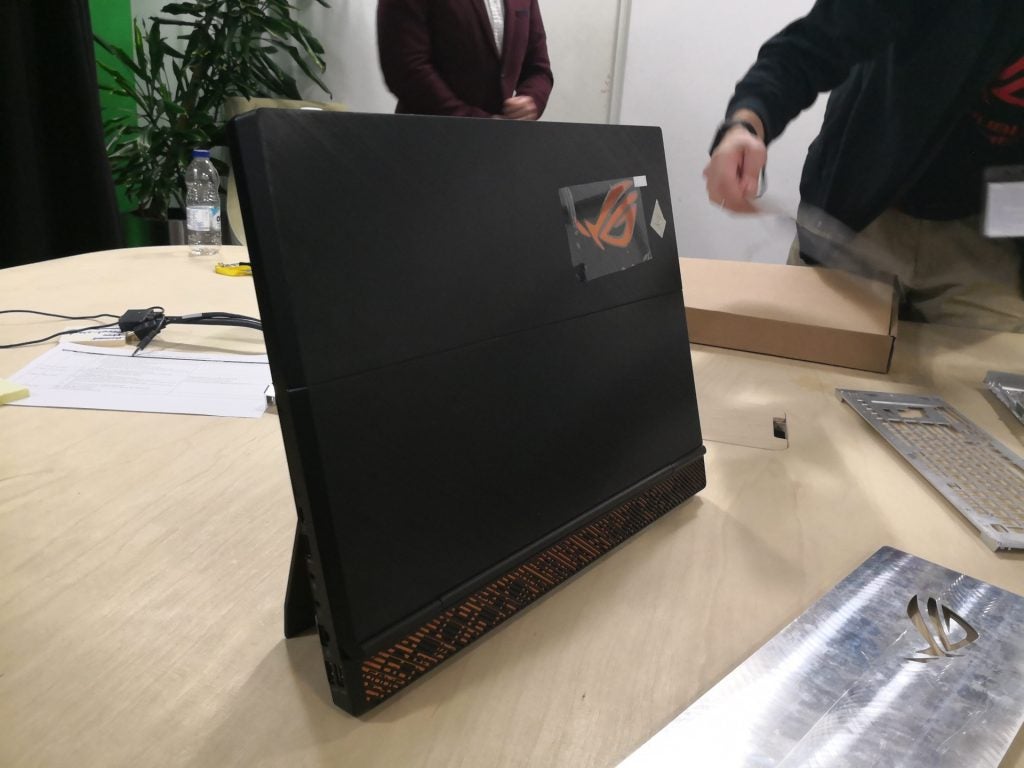 Asus claims that by having all of the bits that like to get hot sat upright, instead of laying flat and projecting heat down into your desk, it’s easier for air to flow through the system. That’s probably just as well, because the CPU is a six-core 8th gen Intel Core i9, and those things are liable to generate a fair degree of warmth.

Two dual 12V fans and a network of no less than eight heat pipes push all thermal energy to the edges of the Mothership. Pipes are linked to individual components – the CPU, GPU, the GPU’s video RAM and the motherboard’s voltage regulator each get dedicated conduits – and are stretched across four heatsinks, each lined with 375 0.1 mm thick copper fins.

An added benefit to this arrangement that Asus’s engineers may have also considered is that the Mothership’s keyboard is now less attractive to pet cats, by virtue of it not kicking a load of cosy-feeling heat.

You have the option of connecting the keyboard wirelessly (over a 2.4GHz Wi-Fi connection) or via an included Type-C USB cable. The Mothership is designed so that you can physically attach the keyboard to the monitor, if you wish. You’re afforded a lot of flexibility by this arrangement.

In a lot of ways, the ROG Mothership is perhaps better thought of as a mini all-in-one gaming PC than a laptop. The presence of a battery keeps the Mothership out of AIO territory. There’s currently no word on how much battery life you can expect to get from the Mothership once it’s unplugged, but frankly, the times that you should expect to use this on the go will be few and far between. 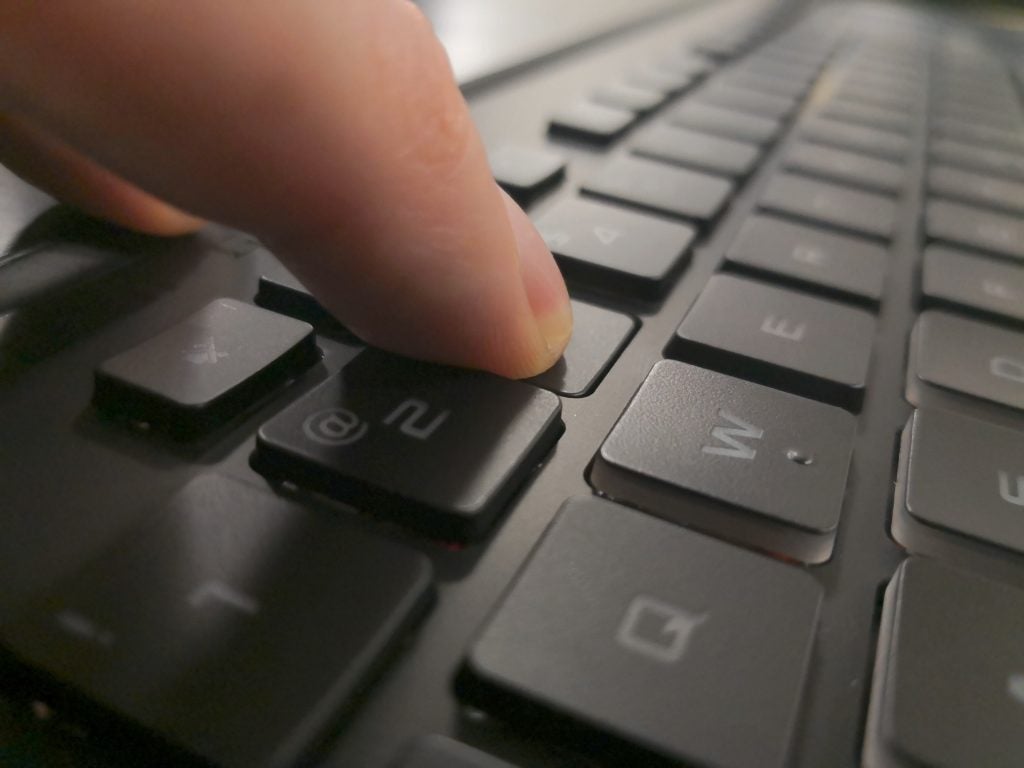 A higher actuation point and curved keycaps promise to cut down on butterfingers misfires.

The keyboard might not be home to much of what makes the Mothership great, but there’s a fair bit going on underneath that milled metal body.

The keys themselves have 2.5mm of travel, which is a little deeper than what you tend to see on laptop keyboards. Curved keycaps keep your digits centred, and Asus says its Overstroke technology, which raises the point of actuation, means you don’t have to hammer those WASD keys as hard in order to input commands. The keyboard switches are apparently hard enough to withstand 20 million presses, too. 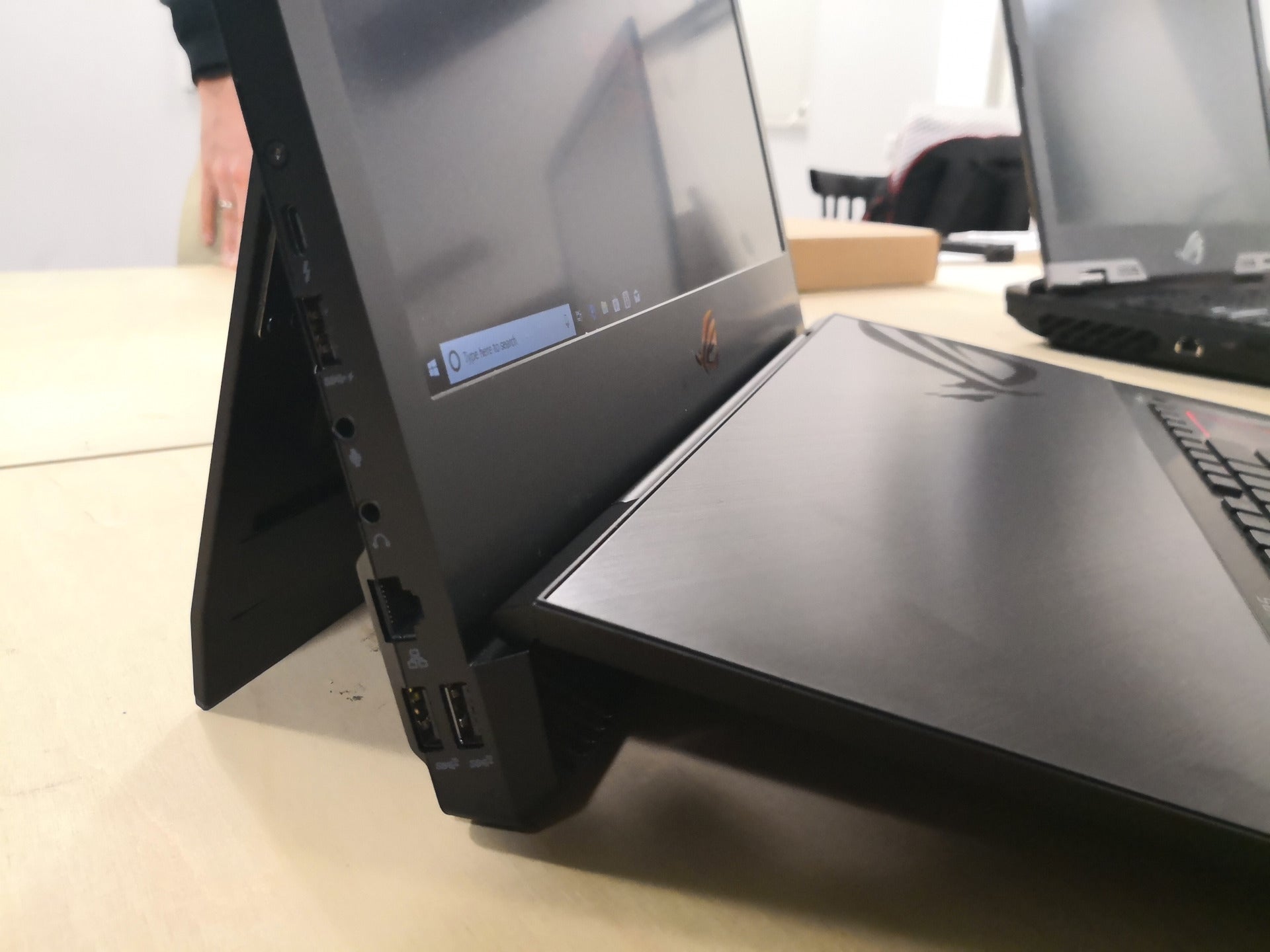 Like the ROG Zephyrus S GX701, the ROG Mothership’s display is a 17.3-inch 144Hz Full HD (1920 x 1080). Full coverage of the sRGB colour gamut is promised, which suggest that this could be a decent stand in for creative work too.

If you want to work on a display with a higher res, there’s an HDMI 2.0 port, and one of the USB ports supports the Thunderbolt 3 standard. 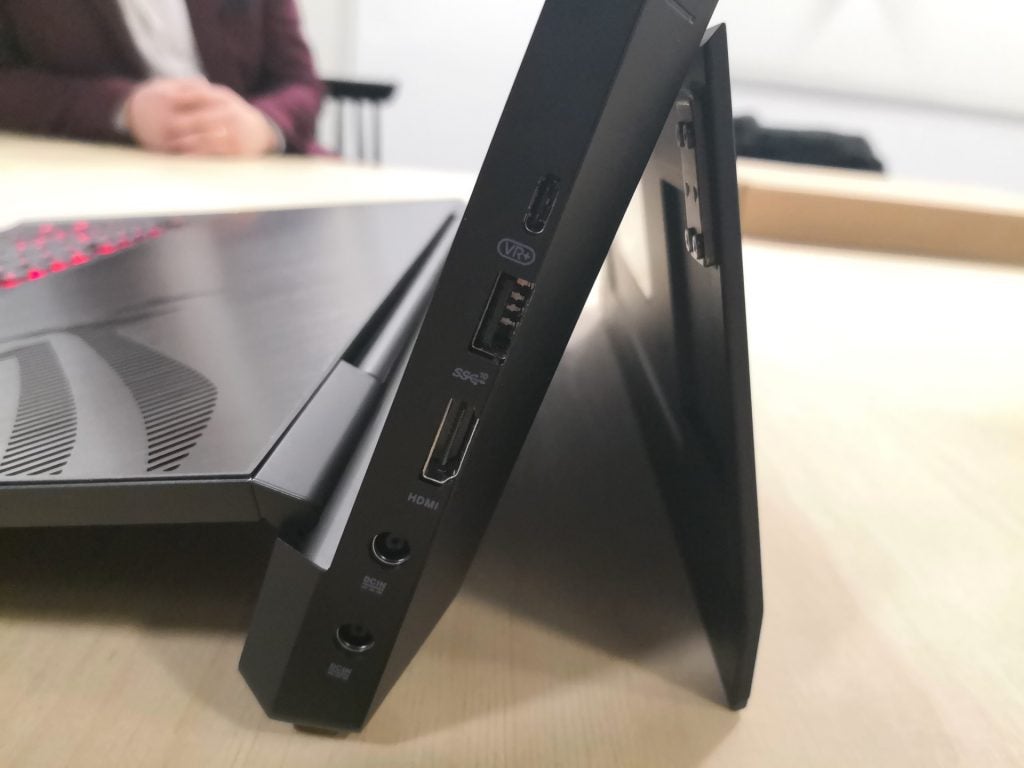 I was unable to test out the Mothership during my brief hands-on time, and the model I was an pre-production unit anyway, so playing anything or running benchmarks would be of little value.

Asus ROG Mothership GZ700GX price – how much will the Mothership cost?

Prices for the Mothership are still TBC. 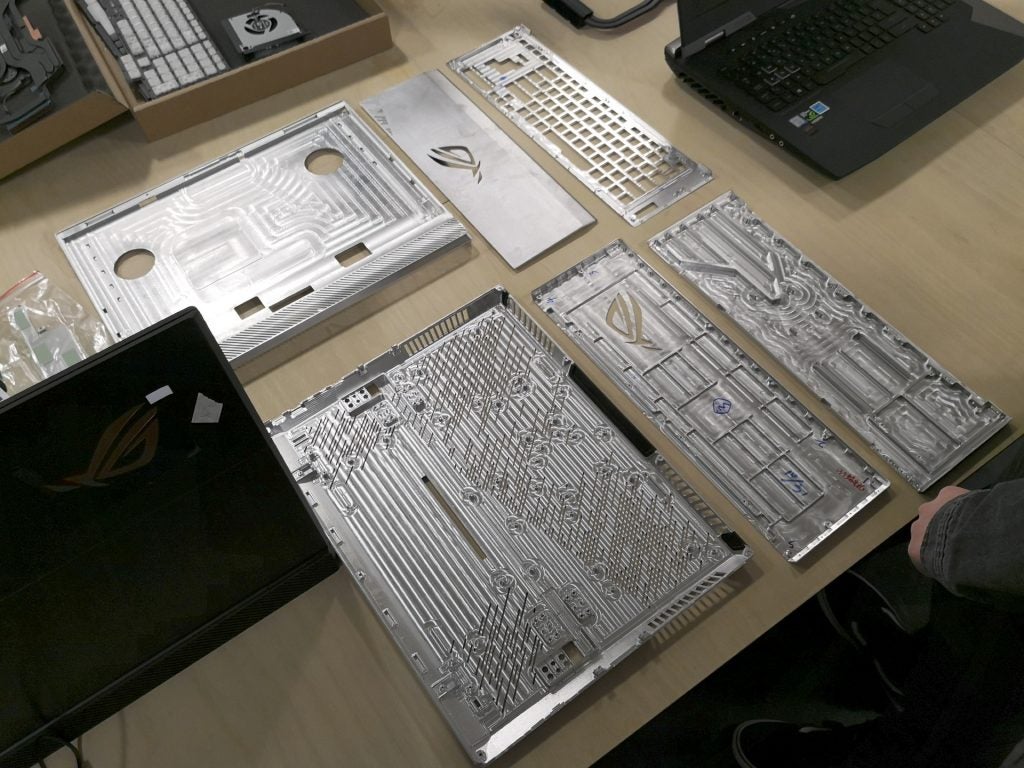 You might be able to chalk a lot of the Mothership’s weight up to all the metal it’s lugging around, but all that heft means it won’t easily be knocked off of your desktop.

Asus ROG Mothership GZ700GX release date – when will the Mothership go on sale?

The Asus ROG Mothership is due to land on shelves at some point in Q1 this year. It’s currently unclear when exactly it’ll arrive in the UK, US, or other markets.

It’s hard not to be impressed by Asus’s willingness to experiment and quite literally turn gaming laptop conventions on their head. It’s clear that a lot of thought has gone into this, and the rulebook isn’t being ripped up for the sake of it. Whether there’s a method to Asus’s madness remains to be seen. I can’t wait to see how the Mothership performs for real, and if that design with its improved airflow allows you to run a mini gaming rig with a Core i9 CPU and an RTX 2080 blazing away under the bonnet. There’s also the price – the Mothership is obviously going to cost a ton, as well as weighing one – but then again, when has premium PC gaming ever been cheap?