It’s been barely two months since the Apple Watch launched, and it’ll be at least another couple of months before it goes on sale in “early 2015.”

However, hasn’t everything gone worryingly quiet in this interim period?

Ahead of Apple’s most important product release in years, who’s really talking about it?

No-one’s really knocking down the front door at Infinite Loop, begging Apple for a firm release date, and I haven’t heard many folks crowing about how they can’t wait to strap one on. Have you?

Apple isn’t doing much to build excitement now, there’s not a lot of chatter from third-party developers about how they plan to harness Cupertino’s smartwatch, and there’s very little commentary about why this will be the device that changes everything. Since the undeniably exciting launch event, I also haven’t heard anything to make me think, “Wow! This is going to be amazing.”

I don’t want to sound like a Debbie Downer, but would it be too hasty to say we’ve lost a bit of interest in the Apple Watch before it’s even hit the shelves?

I was surprised this week to read that analysts from Morgan Stanley have asserted that Apple will sell 30 million units in the first year on sale. Those same analysts claimed Wall Street had underestimated potential demand with its predictions of around 10-12 million.

Selling 30 million would mean one in every 10 Apple customers with an iPhone 5 or newer, splashing out at least $350 on a watch within the first 12 months.

That seems massively, massively optimistic. Truth be told, I’d be surprised if it even cracked ten million. .

Nearly every one released so far has seen plenty of excitement upon launch, followed by poor reviews, complaints about the need for charging every day and then not that many sales.

Look at the Moto 360, for example, long considered to be the most exciting of the first-generation Android Wear watches. It’s been a critical flop. Attention’s immdediately turned to what should be improved for the Moto 360 2.

I fear the same fate for the first Apple Watch.

Maybe we got a little too excited about it in the aftermath of its launch in September. I was guilty of that, too. I fawned over the health benefits, loved the digital crown innovation which seemed so obvious, and thought the ability to recognise the difference between a tap and a press was a great time-saving feature. 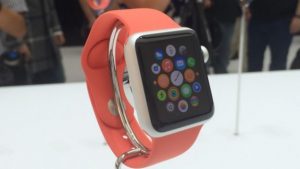 In a previous column, I said there was plenty to make me want an Apple Watch, but not enough to convince me that I need one. Now I’m utterly convinced I don’t need or want one and I definitely won’t be buying one.

I’m an iPhone user, an iPad user and a Mac user, and this device is made for folks like me – yet right now I’m completely nonplussed by it. As far as I can tell, many of my contemporaries feel the same.

Is Apple missing a trick here? It has the luxury of a few months in order to convince its customers why they really need an Apple Watch in their life, but it’s doing nothing right now.

I feel that if the Apple Watch is going to be a success, the company is going to have to do a little wooing for a change. In the past we’ve all trekked to the Apple mountain, but I think it’s time for the mountain to come to us.

Next, find out why the ageing Pebble is still the smartest smartwatch buy