OPINION The optimism and excitement surrounding the Apple Watch had always been centred on a feeling that Apple could and should be the company to finally get this right.

If anyone were to convince wary consumers that they need a smartwatch, it would be Apple, right? At least that was the theory, based on the company’s previous form and its unrivalled ability to market its creations to the masses.

From the very second the company revealed its years-in-the-making smartwatch with a slick, bordering-on-pornographic presentation it was obvious this was going to be different to what we’ve seen so far. Very different, in fact.

What was unveiled on stage on Tuesday evening was a deeply considered, carefully thought-out smartwatch approach that has been lacking in virtually every one of these devices to date.

Take the Digital Crown for example, the Apple Watch’s primary UI navigation tool. It’s just so simple, yet no other manufacturer had sought to integrate it.

Having not used the Apple Watch yet, it’s difficult to attest to the user experience the Digital Crown will provide. Honestly, it looked a little fiddly at times, and I would wonder about the precision, but it appears Apple has designed the device with the intention of limiting physical interaction with the device.

Suggested words or emoji, for replying to messages means a single tap will often suffice. Zooming in and out on Maps by rotating the Digital Crown means you won’t have to pinch-to-zoom on that tiny screen, while haptic feedback when its time make a left or right means that you’re not constantly looking or fiddling with the watch either.

The device’s ability to recognise a tap and a press will save on contact time, as will the extremely minimalist first and third-party apps, the integration of Siri, mobile payments through Apple Pay and, intriguingly, the ability to open hotel doors just by waving the Apple watch.

It even senses when you’re raising your arm to look at the watch and turns on the display, while the power button doubles up as a shortcut to your favourite contacts.

The health-centric tools also look like a home run for Apple, I love the ‘complete-the-ring’, goal driven approach of the Fitness app and the Workout app is extremely well presented too. The presence of a heart-rate monitor and integration with HealthKit puts the Apple Watch on a pedestal with the top fitness trackers out there and it may be gimmicky, but how cool is that ability to send your heartbeat to a fellow user?

Packaged in a slick, rounded-yet-square iPhone 6-like chassis with a very premium build, it’s also got the looks to match the software proposition. Add in the two size options, the Sport, Stainless Steel and Edition tiers and the endless customisation through the software and the straps and there’s little risk of becoming an Apple Watch clone by sporting one. As Apple said, the timepiece is the company’s most personal device ever. 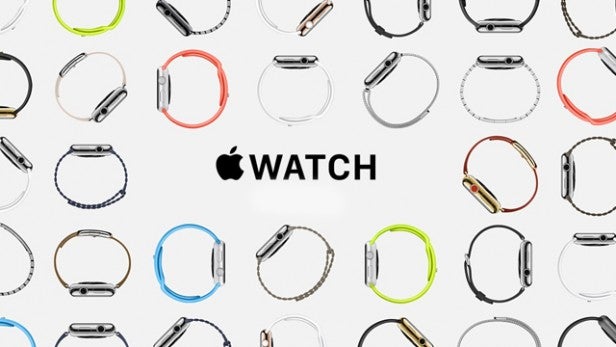 I honestly think this device goes a long way to answering the concerns about smartwatches I outlined in a column shortly before IFA 2014. It’s the first time I’ve felt a twinge of excitement that’s for sure.

However, I’m not counting down the days to a release date or planning a camping trip at my nearest Apple store in ‘Early 2015’ either. Make no mistake there was plenty of guff in that seemingly-endless Jony Ive video presentation too.

Do I want one? Sure, I’d take one. Do I need one? Nope. Will I buy one? Hmmm, probably not. There’s still little here to persuade me that I’m better off wearing this device over my Jawbone UP24 and iPhone combo, and there’s still plenty of unanswered questions.

Firstly, the base price of $349 (around £216, but it’ll probably be £300 in the UK) feels too high. Secondly, Apple did not address battery life and that’s a worry. Surely Tim Cook would have taking the opportunity to brag if Apple had anything up its sleeve in that department, right? That MacBook-like mag-safe charging solution sure is neat, but I’m just not on board with arsing about with it every day.

The Digital Crown is unique and smart, but I don’t think it’s an innovation in the league of the Macintosh’s mouse, the iPod’s click wheel or the iPhone’s multi-touch capabilities as Apple made out. It’s just not going to be that much of a difference maker.

Apple has certainly lived up to the billing by launching an intriguing and unique smartwatch proposition that is likely to represent the future of the sector. People will buy it, it will probably succeed, but I don’t think it’s the epochal smartwatch epiphany many had envisioned.

Next, read our iPhone 6 vs iPhone 6 Plus comparison