After years of iOS running on iPads, this year Apple made the surprising decision at to announce a new specific iPadOS for its tablet range.

In a move that looks to differentiate the iPad from its iPhone counterpart, the new iPadOS aims to make Apple’s tablets much more capable productivity-focused devices that could even replace your laptop altogether.

As of June 24 the beta is public to anyone with an iPad, and the full release is anticipated around September 2019, when the iPhone 11 is expected to launch.

Since the new operating system was announced at WWDC 2019, you had to be an officially registered Apple developer to access the beta. But from June 24 it’s become open-access to anyone with a compatible iPad. Be warned: beta versions are often less stable and more prone to crashing than finished software, so it’s a little risky to download it. You can provide feedback on your experiences to Apple via the Feedback app.

If you’ve decided to bite the bullet, you can access the beta by signing up to the Apple Beta Software Program and following the on-screen instructions. Be sure to backup all of your files before you download the new operating system.

Below are all the features you can look forward to using with the new iPadOS:

One of the biggest updates in iPadOS concerns multitasking and considering this is currently one of the weakest aspects of the iPad, even on iOS 12, it’s wholly appreciated.

You can now pop-out a small keyboard (similarly to how picture-in-picture video currently behaves), and have it float above other windows. 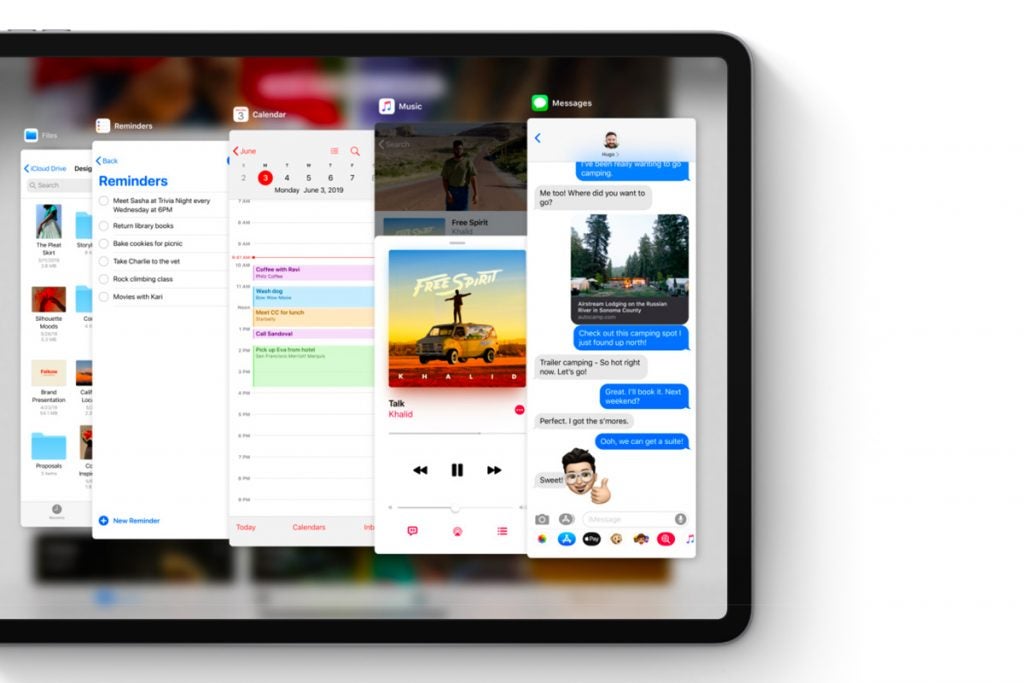 Slide Over on iPadOS

You’ll also be able to separate apps out into multiple windows. For example, you can pull out a compose window in Mail and have it sit next to your regular inbox. Alternatively, you can nest two different apps side by side.

Slide Over has been updated too, meaning you can easily flip between different apps with a swipe across the bar at the bottom of the secondary window.

The home screen on iPadOS looks very much like that of the prior iOS experience, however, it’s now tighter, and this allows you to cram more apps in and grant greater functionality to the default space at a glance. 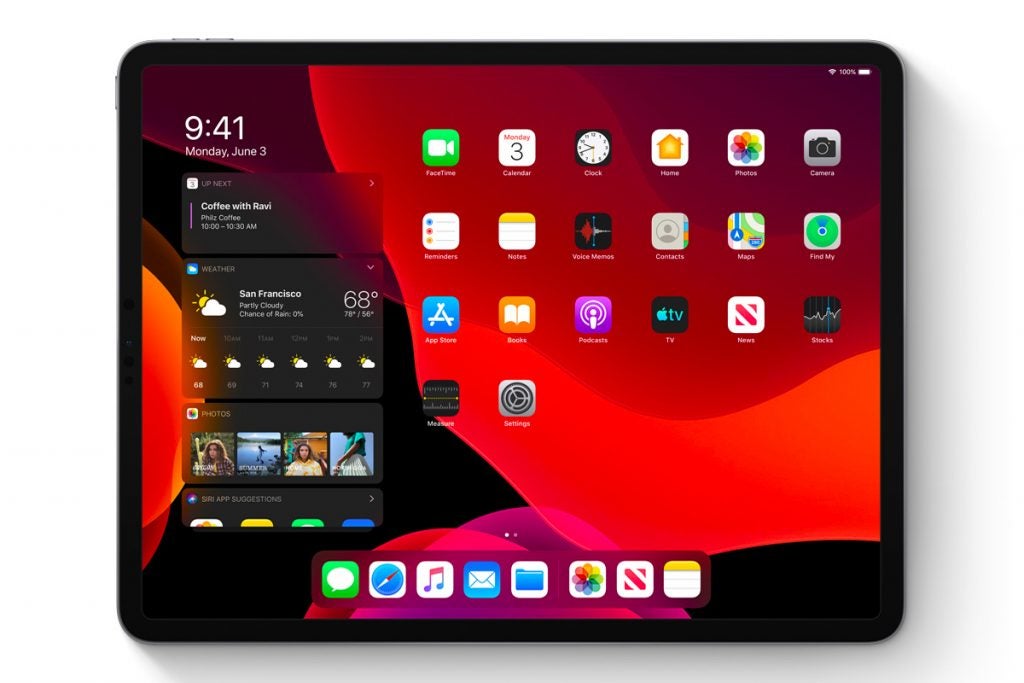 There’s also a new panel to the left side where you all your widgets will sit and this takes up a lot less space than it did before.

iPadOS: You can finally plug in a USB thumb drive

A much-requested feature when the iPad Pro launched has finally arrived in iPadOS. Simply attach a USB-C memory stick into the bottom of the iPad Pro 2018 and you’ll be able to open the files up in iPadOS’ native Files app, or third-party offerings, like Adobe Lightroom. 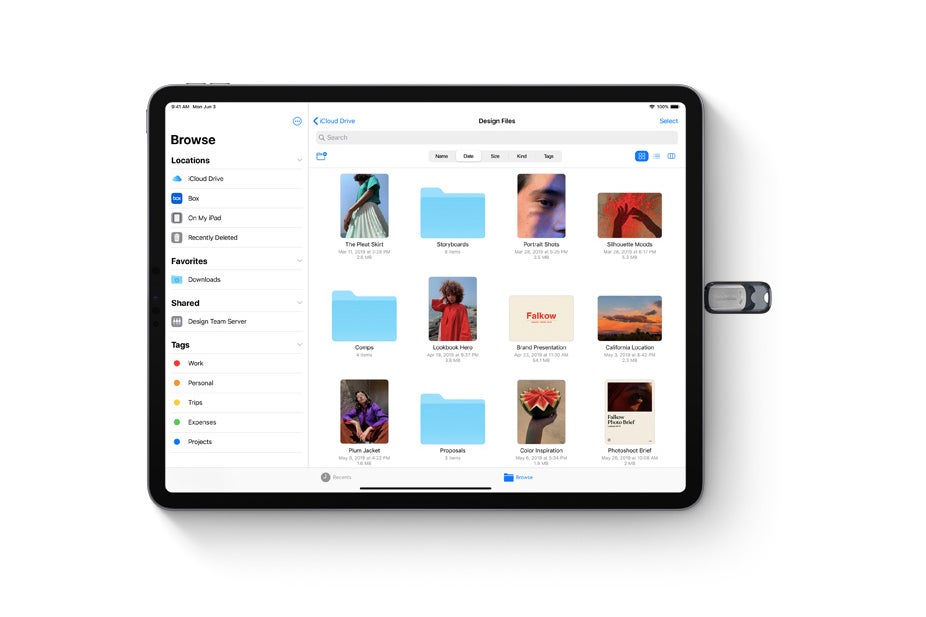 This also means you’re finally able to attach a camera to the iPad Pro and import snaps directly into your editing app of choice, without having to go via Photos first.

Dark Mode is a big new feature in iOS 13 and it’s coming to the iPad too.

Apple’s own apps like Photos, Music and Notes will have the new slick black theme and it affects notifications and the Dock too. This has been a constantly requested feature and we’re glad to finally have it available, to the benefit of both our eyes and our iPad’s battery life.

While Safari has never been a bad browser on the iPad, it has always felt a step-behind what you’d get on a computer. That’s all going to change with iPadOS.

The new version of Safari has a proper download manager, photo upload options and will properly resize websites without pushing you towards the mobile version, whilst also optimising everything for touch.

Apple is adding a ton of new keyboard shortcuts that power users will undoubtedly appreciate, plus there are more granular changes, like font size controls, too.

iPadOS: Updates to the Files app

Files is a lot more powerful in iPadOS. There’s a column view like in Finder on macOS, folder sharing with iCloud users and USB drive support (as mentioned above) for importing and exporting files. Users can even access connected servers and collaborate on shared folders in real-time.

iPadOS: The Apple Pencil should get even better

Instead of releasing a new Apple Pencil, Apple has updated the software to hopefully make the current experience even better. 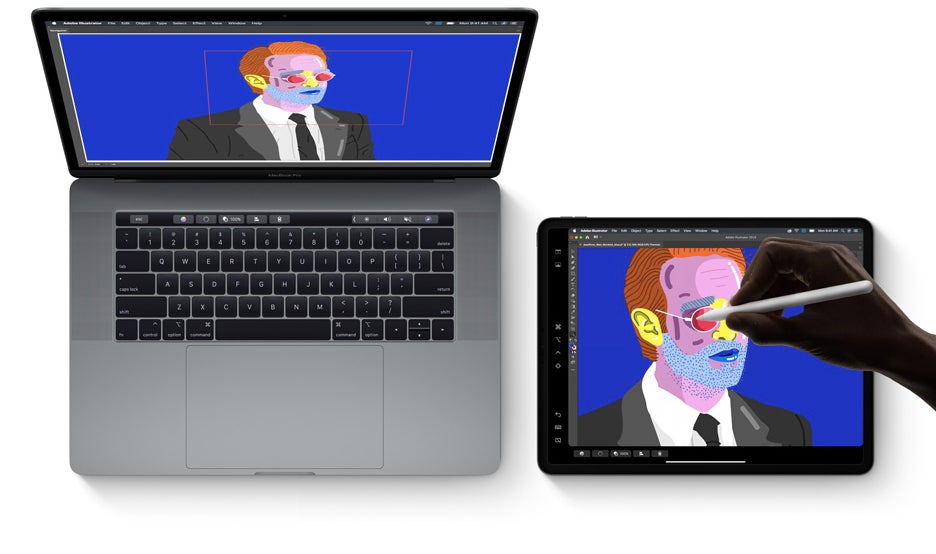 It is improving the latency from 20ms down to 9ms, giving you a more responsive feel, adding a quick screenshot feature when you drag the Pencil towards the bottom of the display and altering the pen/colour palette to make it more customisable.

You’ll also be able to more readily position certain UI tools, like the palette, where you want on screen and markup practically anywhere; whether browsing the web, reading emails or editing documents.

In addition, by way of macOS Catalina’s Sidecar feature, you’ll be able to use Apple Pencil with your Mac, sharing content onto your iPad’s display, ready to be drawn or written on as needed.