5G is properly established in the UK now, bringing with it unprecedented data speeds. Find everything else you need to know, here.

In this article we’ve collated all the key information related to 5G in the UK, including network coverage and speeds.

While we have a far more exhaustive feature explaining 5G: what it is, ‘5G’ is essentially a shorthand term for the ‘fifth generation’ of mobile network technology. This new infrastructure is set to allow for significantly faster data speeds, meaning (among other things) considerably quicker mobile browsing, as well as accommodating greater bandwidth for more simultaneous users, plus better reliability and latency.

It’s important to note that rather than serving as a completely new technology all its own, as with previous generations, it actually builds upon the foundation of 4G, consolidating multiple standards in the process.

You may have already heard companies waxing lyrical about the virtues of 5G beyond obvious gains like faster mobile browsing and streaming. For starters, it’ll allow for more reliable true wireless broadband, improved broadcasting technology, new opportunities with regards to automation across everything from manufacturing to automotive and more.

But initially, users will see much faster download speeds, enabling true movie streaming on the go, and the lower latency means onling gaming will be much more interactive and less laggy.

Here’s the full rundown of current and projected future coverage of 5G networks in the UK.

EE’s 5G network formally kicked off on May 30 in 2019. The network aims to cover 70 cities and towns across the country by the end of March 2020, and you can check the signal strength in your area via EE’s online coverage checker.

EE is expanding 5G for the following cities and towns in the UK:

Vodafone’s service went into action in July 2019, and the network claims that customers can currently access 5G in the following 37 towns and cities, “with many more to come”:

Three launched 5G in August 2019, and it’s coverage currently just includes “certain parts of London” — but the network will be expanded to the following locations “soon”:

O2’s 5G network was launched in October 2019 and is currently live in “areas” of the following 21 towns and cities:

By summer 2020 the network hopes to have reached a total of 50 locations, and is preparing to introduce 5G to the following towns and cities:

Most smaller carriers haven’t made any real statements about when they might be adopting 5G. Most MVNOs (mobile virtual network operators), like Virgin Mobile, Giffgaff and Tesco Mobile are all at the mercy of the country’s biggest carriers (i.e. EE and Vodafone), as they can only bring 5G to their customers when the networks that they piggyback off of, support it.

BT Mobile uses EE’s network, and you can check signal strength via its coverage checker tool.

One of the big selling points for most mobile users is going to be the speed and latency improvements 5G promises.

We’ve been able to review EE’s 5G network with one of the market’s first 5G phones, running the same tests all around London to get a sense of real-world 5G performance at launch. 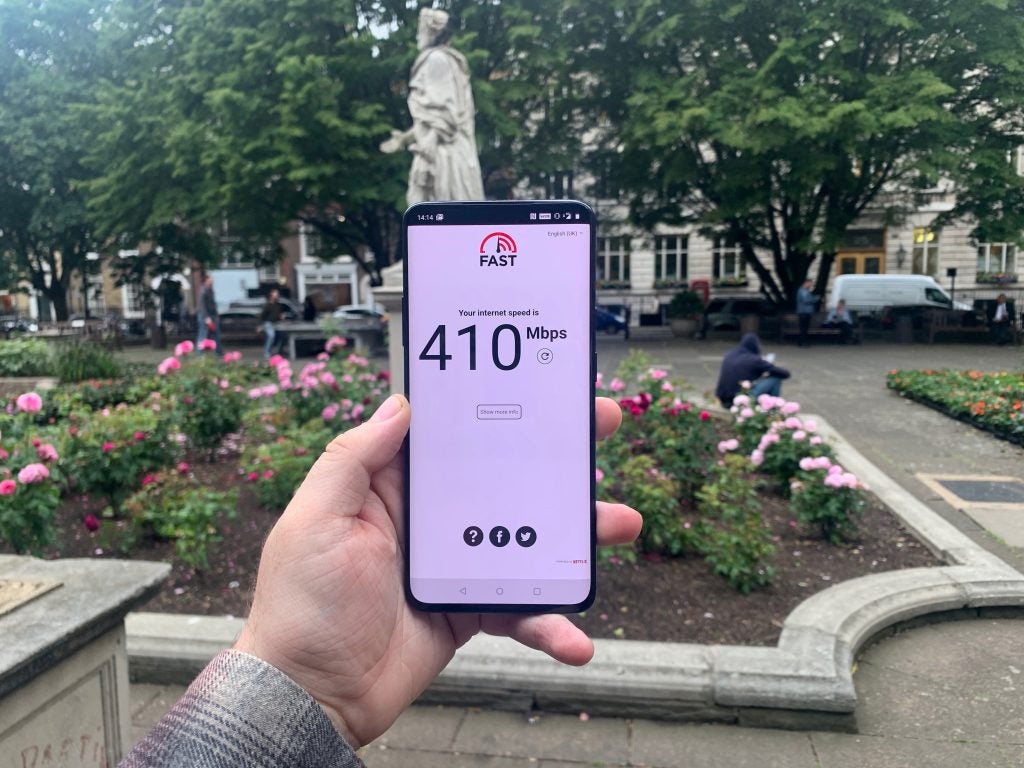 Based on EE’s infrastructure you’ll initially be able to pull in theoretical speeds of up to 1Gbps. In the country’s capital, one of the main things our tests revealed was that, although usable 5G signal is concentrated, it proves impressively consistent when moving around; more than you might expect at this early stage.

During our tests, we managed a peak 5G speed of 410Mbps (outdoors in Golden Square, Soho), with the slowest speed coming in at 82Mbps (inside at Canary Wharf tube station).

Much like EE, debut peak speeds are expected to reach 1Gbps in Vodafone. We’ve been out and about and performed a Vodafone 5G review using a Galaxy S10 5G in London and we’ve reached speeds of 200Mbps in Soho. 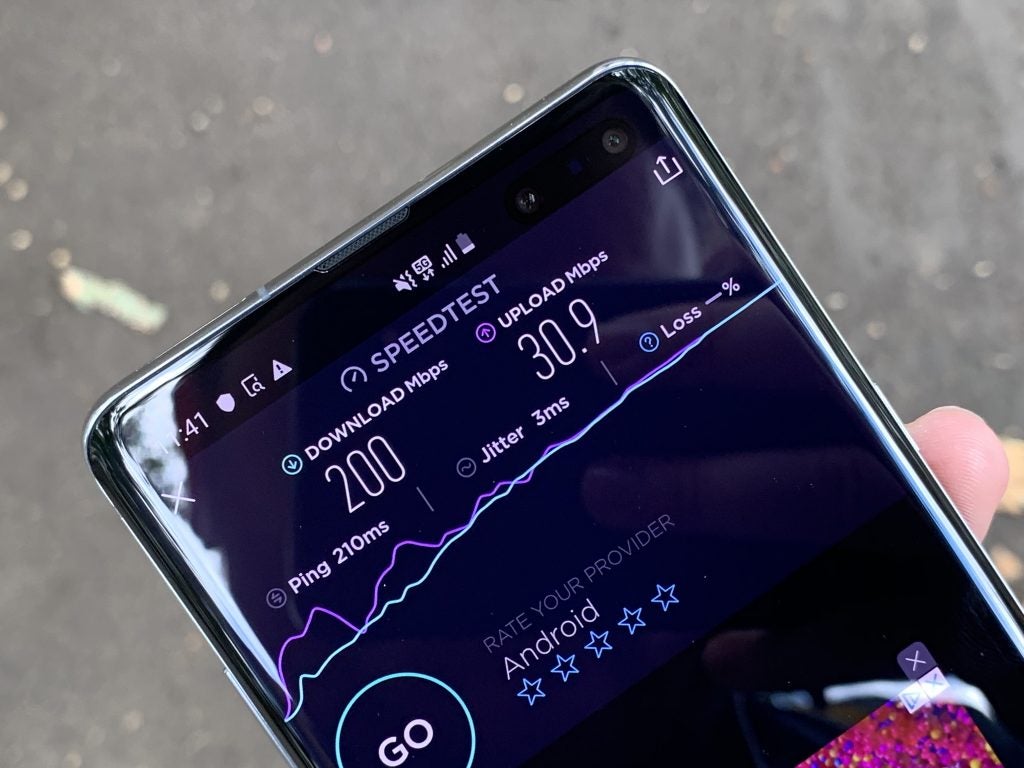 Claiming to be the ‘fastest’ before you’ve even launched your 5G network is a bold play on Three’s part. The network’s confidence comes from the amount of spectrum it holds, which right now is significantly more than its competitors.

As such, it may be able to offer 5G speeds at up to 2Gbps at launch, but as has already been mentioned, that’ll only be available to its home broadband customers.

O2 hasn’t yet quoted any 5G speeds, however, a tactile infrastructure partnership with Vodafone should help speed up the rollout of its network and potentially grant O2 users similar 5G speeds to Vodafone customers.

Should you upgrade to 5G yet?

While there’s not currently a huge selection of 5G phones on the market (and most are off-puttingly expensive), 2020 looks set to change all that.

First of all, the Qualcomm’s Snapdragon 865 and 765 chipsets will both boast 5G connectivity as standard, meaning that it will be the default for a lot of upcoming Android flagships, including the OnePlus 8.

Secondly, Xiaomi has also announced they’re bringing it to at least 10 phones this year, across a wider price range which is good news for people hoping for 5G on a budget. This will no doubt spur on other Android-compatible manufacturers to do the same.

Finally, we also expect Apple to adopt 5G connectivity with the iPhone 12, opening up the new mobile data standard to iOS users.

No. Here’s our view on that: Is 5G dangerous? There’s currently no significant evidence that 5G is any riskier than 4G.