Reports suggest that Facebook’s latest foray into the world of hardware will be a wearable: the first Facebook smartwatch.

The company’s past attempts to create dedicated hardware have been a decidedly mixed bag. While nobody would sensibly argue that the Oculus Quest 2 is anything but a triumph, Facebook Portal has received a slightly more muted response from reviewers and consumers alike, and the less said about the HTC Cha Cha and its dedicated Facebook button, the better.

Can a Facebook smartwatch succeed? Here’s everything we know about the wearable so far.

According to The Verge’s sources, Facebook is currently eyeing up a release date of summer 2022 for its first wearable. If that plan is kept, that could mean any point between June and September.

It’s worth noting that this is apparently just a first attempt, and the company reportedly has plans for a second and third-generation device. You would imagine such plans could easily be spiked if public enthusiasm for a Facebook wearable doesn’t match the company’s expectations, however.

The same Verge report claims that employees have discussed releasing the Facebook smartwatch “at roughly $400”.

In a direct dollar-to-pound conversion that comes to around £286, but doesn’t factor in things like sales tax, not to mention the generally less-than-generous currency conversions companies like to engage in when selling products globally.

The design of the Facebook smartwatch certainly sounds innovative. Reports suggest that the display will be detachable – but not necessarily for charging as in something like the long discontinued Fitbit Blaze.

Rather, the purpose of the removable screen is for flexible photography and video capture. The front of the screen will have a camera primarily intended for video calls, but the back will house a 1080p auto-focus camera designed to capture pictures and video. As you might expect, the device will make it trivial to share this content with both your Facebook friends and Instagram followers.

This flexible design means that Facebook is apparently considering different ways of wearing it. Two inside sources claim the company is talking to third parties to develop accessories for the camera, opening the door for it to be mounted like a GoPro.

Not everything about the design is quite as unusual as this, though. The wearable will apparently come in black, white or gold – conventional smartwatch shades.

An earlier report about the Facebook smartwatch from The Insider didn’t mention the innovative photography heavy design, instead claiming that the company would be focusing on messaging and health. The latter, the report claims, could involve connectivity with other fitness focussed companies such as Peloton.

The same report claims that the device will run a custom version of Android, but not Wear OS. Notably, the sources claim that Facebook is working on its own operating system which would likely debut on subsequent versions. 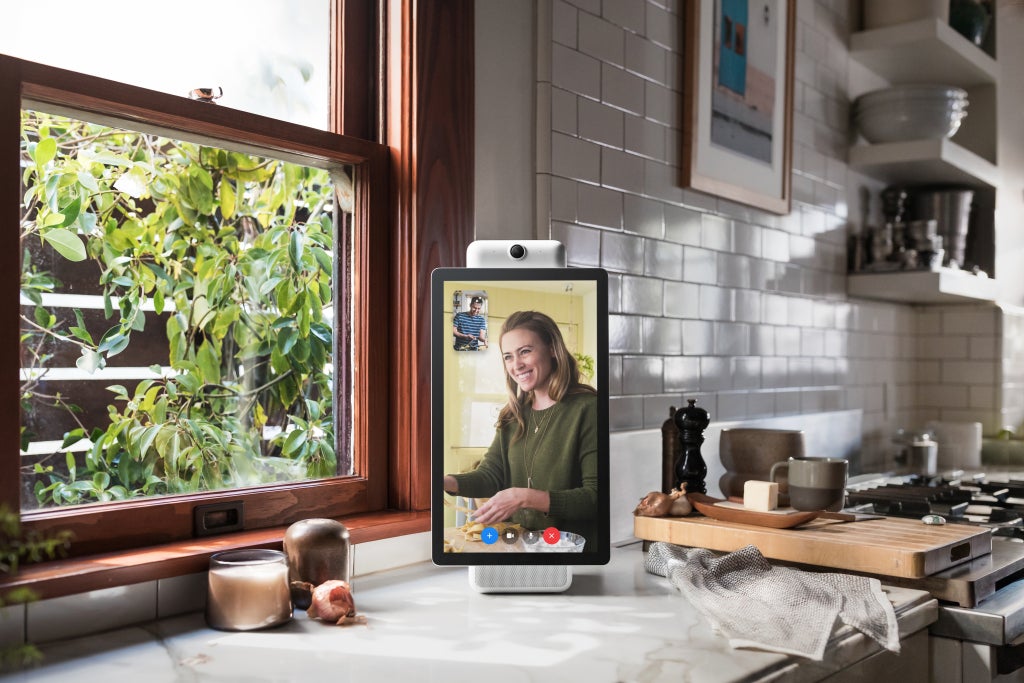 Somewhat unusually for a smartwatch, Facebook’s intention is apparently for it not to need a smartphone in order to function, and the company is apparently discussing LTE support from some of the US’ top networks.

Cynics might consider this a neat way of Facebook sidestepping the iPhone’s new privacy controls that prevent the company absorbing as much user data as it used to, but with smartphone notifications being a key function of smartwatches for most people it’s not clear whether consumers would welcome a device with limited or no handset connectivity.