What is the ZTE Blade V7 Lite?

The ZTE Blade V7 Lite is the latest in a long line of respectable cheap phones from the Chinese manufacturer. But it’s arguable that ‘respectable’ and ‘cheap’ are no long enough in a market where you have to look really hard to find an outright bad phone of any kind.

Here you can enjoy a decent 5-inch display, a partial metal build, and a fingerprint sensor for a price of less than £150. Indeed, at the time of writing it was possible to pick one up for £120 SIM-free from Carphone Warehouse. But somehow, I’m not particularly impressed.

Pulling the ZTE Blade V7 Lite out of its packet elicited a serious case of deja vu in me. Hadn’t I used this before?

No, as it turns out. That would be last year’s ZTE Blade S6 – a different generation and class entirely, but a virtually identical head-on design.

You get the same iPhone-aping profile, with straight edges and curved corners. You also get the same capacitive home, back, and menu keys with the exact same flaw – only the home key is marked, with a small blue circle, while the other two buttons are a case of hit and hope – except for when you press the home key, at which point they briefly light up. 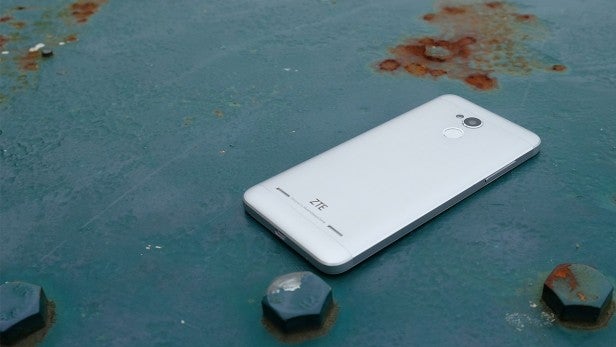 Suffice to say, this approach hasn’t gotten any more appealing or intuitive since the aforementioned ZTE Blade S6 last year. Flip the phone over, however, and you’ll spot the differences immediately. Whereas the Blade S6 was – ahem – ‘influenced’ by the iPhone 6, the ZTE Blade V7 Lite looks more like some of its Android companions. There’s a centrally place camera lens, and just below that you have a slightly recessed fingerprint sensor.

The composition of the ZTE Blade V7 Lite’s body is commendably premium given the price, but also somewhat curious. It’s got a metal rim and back, which is a nice feature to have on such a cheap phone. However, the top and bottom sections of the phone are plastic.

The blend of these two elements doesn’t entirely convince, but again – we’re looking at a mostly metal phone for £120. That’s pretty sweet.
This is also a well proportioned phone, with a 7.9mm thickness and 134g weight combining with a 5-inch display to place it in the Goldilocks zone – it feels ‘just right’ in the hand and the pocket. 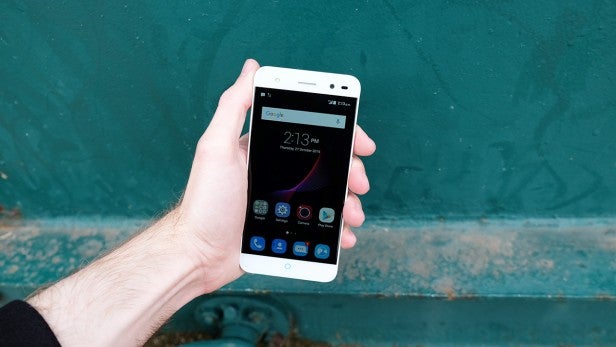 As already mentioned, ZTE has gone with a 5-inch 720p display for the Blade V7 Lite. That means it’s not the sharpest screen, even when you take into consideration its low price point.

The Motorola Moto G4, for example, has a Full HD 1080p display. Even with a larger 5.5-inch surface area, that makes for a more pixel-packed panel.
Full HD certainly seems to be optimal for a 5-inch screen, but 720p is by no means bad. After all, the 4.7-inch screen of the pricey iPhone 7 is only a little over 720p.

Sure enough, I couldn’t really fault the ZTE Blade V7 Lite’s screen in everyday usage – beyond a certain dimness that you come to expect from such an affordable phone. You’ll want to crank the brightness slider right up as standard, but once you do it’s fine in all but bright outdoors conditions.

Otherwise, colours are reasonably well balanced, with a slightly blue, icy-cool tint as standard that I always favour. Others prefer the kind of ‘warmer’ display you often find with OLED technology, so your opinion may vary. 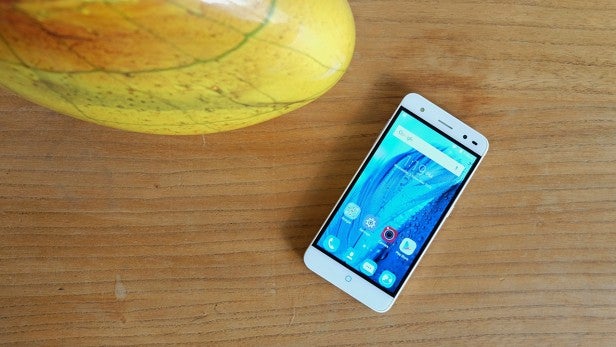 Whatever your preference, though, ZTE lets you tweak things through its MiraVision system. ‘Vivid’ mode provides slightly more saturated colours, but you can also take matters into your own hands and tweak the contrast, saturation, colour temperature, and more. I wish more manufacturers would provide
such an option, so full credit to ZTE here.

The Blade V7 Lite really shows its cut-price hand when it comes to performance. It isn’t a great mover at all.

You can thank the phone’s lowly Mediatek MT6735P CPU for that, which is accompanied by an adequate 2GB of RAM.

Having put the Blade V7 Lite through the standard Geekbench 4 benchmark test, I found that it scored an average of 1186 on the multicore front. That’s about 700 or so short of what the Moto G4 tends to score. There’s a similar margin on the single-core front, too.

Benchmarks are one thing, but when it comes down to general usage you’ll notice the shortfall too. I saw this in the little lags when opening up apps, the Google Play Store, and the camera. It even felt sluggish simply tapping in the pin number to get past the lock screen.

Which is a particular bummer, because the phone’s fingerprint sensor is terrible. It was slow to react throughout my time with the phone, and recognised my prints only very erratically. Occasionally I’d find that it didn’t even realise I was trying to gain entry until I raised my finger and replaced it on the pad a couple of time.

I soon realised that I was instinctually heading for the alternative pin system, which is always a sure sign that a phone’s biometric security system isn’t fit for purpose. 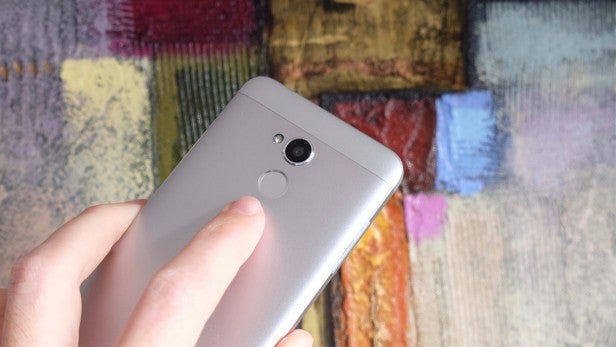 It’s true that the ZTE Blade V7 stands out for being a rare cheap smartphone to have such a feature, which is in its own way quite commendable. But as it’s not a particularly useful example, I wouldn’t get too effusive with the praise.

Gaming performance, that reliable indicator of a smartphone’s grunt – was a mixed bag. Dead Trigger 2 was playable even on high settings – though I wouldn’t call it smooth – but Oz: Broken Kingdom ran downright poorly. Simpler fare like Six! ran flawlessly, though, so casual gamers will get on just fine with the phone.

There’s a peculiar Game Boost function built into the ZTE’s software, which manifests as a game folder through which you can launch your downloaded games. It seems to maximise the available system resources to help speed up each game. This did seem to improve Oz’s performance somewhat, but the effect wasn’t massively pronounced.

Overall, the ZTE Blade V7 Lite seems to be held back by poor silicon. Given that this no longer needs to be so in the sub-£200 category, it’s a bit of a black mark on its name.