The ZTE Blade V7 Lite comes with Android 6.0 Marshmallow out of the box. Of course, that’s no longer the very latest version of Google’s mobile OS, but it’s the about the freshest you can expect from a non-Pixel/Nexus phone right now.

This isn’t stock Android either. Rather, you get ZTE’s own custom MiFavor UI layered on top.

As third party manufacturer efforts go, it’s not too bad. Like other Chinese manufacturers, ZTE has ditched the app drawer, relying on multiple home screens and self-made drag-and-drop folders to store all your apps in. I’m perfectly fine with that, and Google itself appears to be nudging away from a clearly defined app tray with its latest version of Android.

The app icons themselves have been given a chunky ‘rounded square’ look, and the custom preinstalled apps have a simple, colourful, stylised appearance that resembles a lesser version of Google’s own efforts. ZTE’s meddling with the app icons does have a few unwelcome side effects though, such as the Google Play Music app being stuck with the horrible old icon. 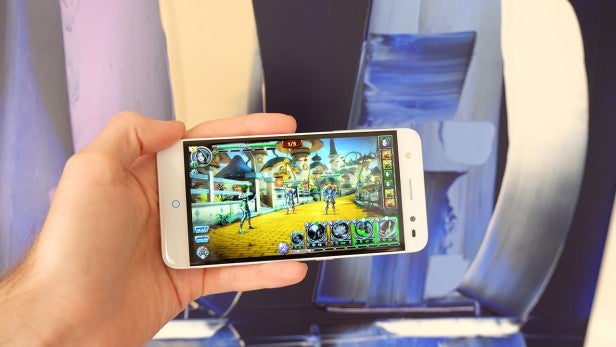 The notification menu works in a similar way to stock Android, with an assortment of toggles available with the first drag down and a full menu with a second. It comes in a slightly ugly shade of purple as standard, but you can tweak this through a dedicated pull-up MiColor menu from the homescreen.
This is one of the most intuitive homescreen customisation systems I’ve come across, but I’m not entirely sure of the need to have it featured so prominently. I’m quite insistent that it doesn’t need to be bound to the menu key as well.

It’s quite annoying when you want to skip to an open app, and all you bring up is a cosmetic menu. You have to press and hold the menu key to fulfil its ‘normal’ function, which seems like a misstep.

Also worthy of a quick mention is ZTE’s Gesture and motion system. Turn this on, and you can employ a variety of touchscreen and physical gesture shortcuts – from double-tap to wake to auto-call when you lift the phone to your ear, and lots in between. Not all of these are useful, but you have to applaud the inclusion.

A cursory glance at the ZTE Blade V7 Lite’s camera specs suggest a modern smartphone experience, with a 13-megapixel main snapper and an
8-megapixel selfie cam.

In practice, however, I was left somewhat underwhelmed with the images I captured. In general, the Blade V7 Lite struggled with variances in dynamic range (such as a combination of bright overcast skies and darker foregrounds), while landscape shots frequently produced extremely noisy, blurry backgrounds – almost as if I had taken the shot quickly whilst walking along (I hadn’t).

When it comes to the dynamic range issue, there is an HDR mode, but it needs to be activated in the camera menu. It does improve things considerably, though there’s a slight falseness to the results that we’re used to seeing from cheaper smartphone cameras.

Where the Blade V7 Lite does fairly well is in close-up shots in decent lighting. I found I was getting decent detail and a pleasing bokeh effect in many such situations.

Overall though, I found the ZTE Blade V7 Lite’s camera to be sorely lacking. The argument that it’s a cheap phone only goes so far in late 2016, as general standards at the low-end are rising. Certainly, it falls well short of the kind of results you can get from the Moto G4.

Oh, and a maximum of 720p for video capture? Do me a favour. 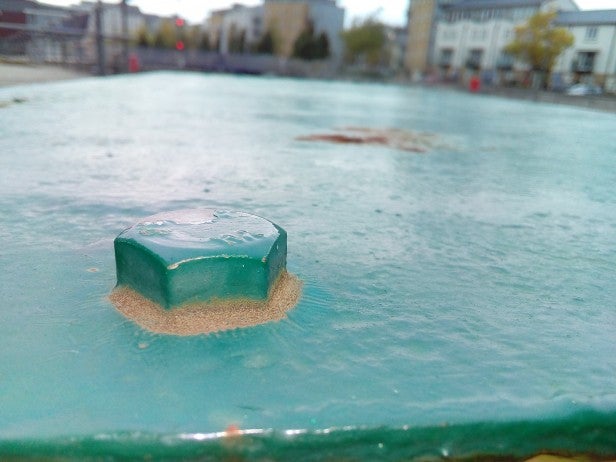 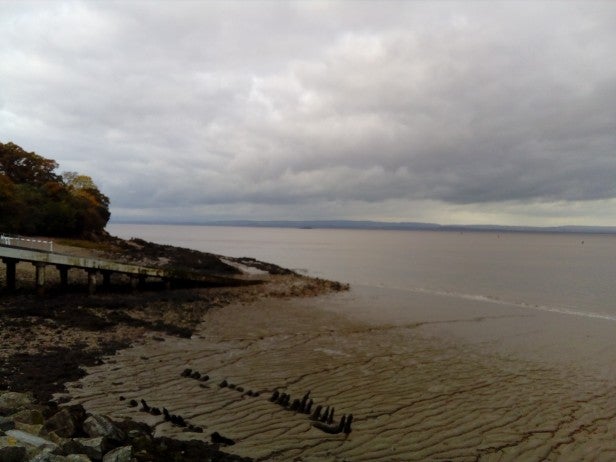 Landscape shots really show the camera at its worst, with a general murky blurriness 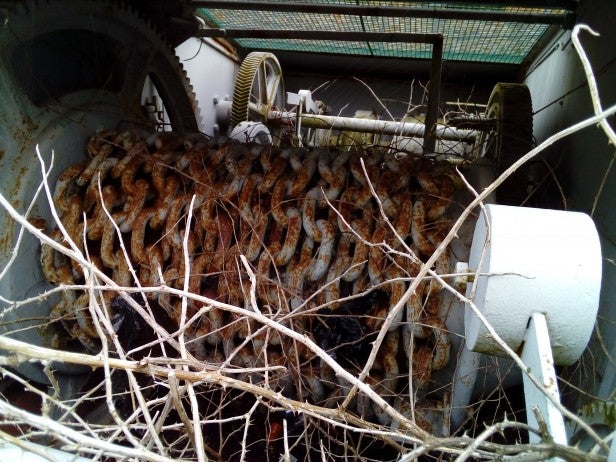 I had no issues with the ZTE Blade V7 Lite’s battery performance. It may only be a 2500mAh unit, which is relatively small, but the phone’s modest components ensure that this is rarely put under undue strain.

That 5-inch 720p display has neither the brightness nor the sheer pixel count to cause a problem, while the phone’s underwhelming Mediatek MT6735P CPU is at least frugal.

I found that I could regularly get through a full day’s moderate usage with power to spare, while even demanding tasks like high quality video streaming and advanced 3D gaming didn’t make the phone break out into a sweat. 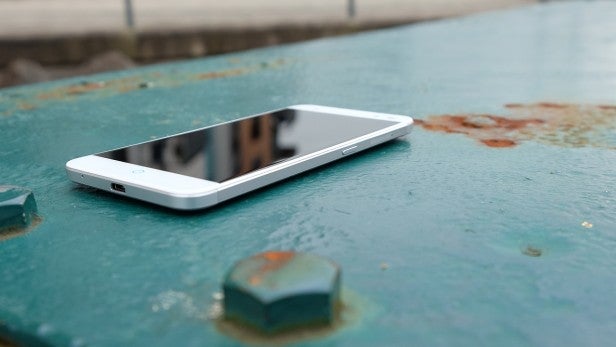 None of these figures are particularly great, and we should note that there are affordable phones out there that will drag you through a second day of usage. But for all the ZTE Blade V7 Lite’s faults, it certainly isn’t found wanting when it comes to battery life.

Should you buy the ZTE Blade V7 Lite?

The ZTE Blade V7 Lite is a competent phone that can be had for significantly less than its £150 RRP if you shop around. That makes it a fair bit cheaper than the current king of affordable phones, the Moto G4.

But the old adage that you get what you pay for certainly applies here. While the design is solid (with a few naff touches), the camera isn’t much cop, the phone struggles for basic performance, and its custom UI is a little overworked.

You have to ask yourself, ultimately, what you’re willing to accept from a new smartphone in 2016. Spend £40 or £50 more and you’ll get a much better experience.

The ZTE Blade V7 Lite is cheap, but not quite cheerful enough to justify the savings, with poor performance and a sub-par camera.