Hands-on: ZTE Axon Elite – There’s plenty to like, but the design is divisive

I’m a little bit confused by the ZTE Axon line. Mostly because there seem to be lots of models floating about with features reserved for certain regions. A US version got a release earlier in the year, to fairly positive reviews, while there’s also a model with a Quad HD screen, 4GB of RAM and 128GB of storage available in China.

But this is the ‘Elite’ version and it’s the European model. It’s one of ZTE’s first attempts to crack the high-end market and it brings a couple of nifty tricks to the party. 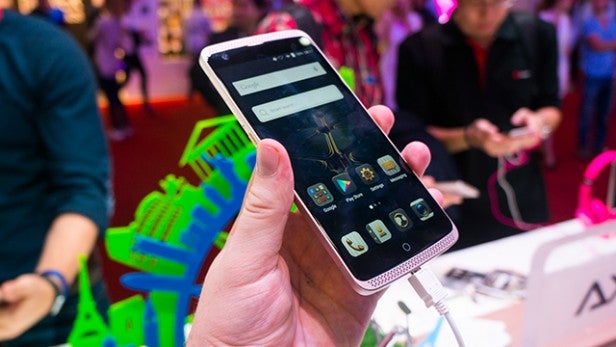 The main draw of the Elite is its clever security measures. On the back you’ve got a square fingerprint sensor placed just below the camera module. It’s fast, accurate and well positioned. I wouldn’t say it’s quite as accurate as the sensor Huawei’s used on the Mate S, but it’s perfectly acceptable.

If unlocking with your digit isn’t enough, ZTE has added eye-scanning. So you can unlock the device by looking into the camera and blinking. Setup for this is simple, but I don’t think I’d use it on a regular basis. While it works, it’s much slower and less reliable than just tapping the scanner.

Voice unlock is included too, but I wasn’t able to successfully trial this due to the loud demo room. 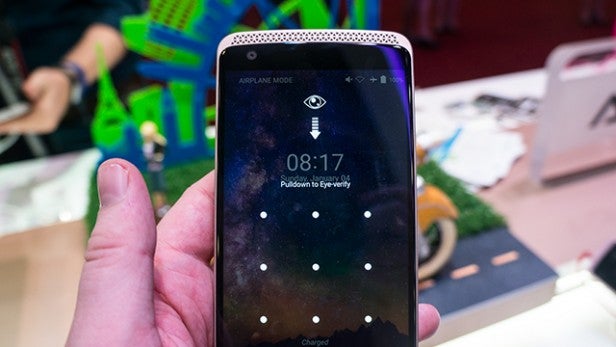 The phone itself is certainly, well, unique. Flanking the 5.5-inch Full HD display are two front-facing speakers. The grills of these speakers are made up of tiny triangles and the pattern certainly won’t be to everyone’s tastes.

Metal is the material of choice here, but it doesn’t have the same sleekness and great feel as the Huawei Mate S. At 9.3mm it’s quite thick, though not unusably, and the bezel around the display is a bit larger than I’d like.

Flip the phone and the real design ‘flair’ comes out. Two faux-leather panels sit at the top and the bottom, giving the Axon Elite a ‘blingy’ look. I used to think Samsung’s rear panels on the Galaxy S5 were bad, but this manages to look even cheaper. The gold colour scheme adds to the overall tackiness. 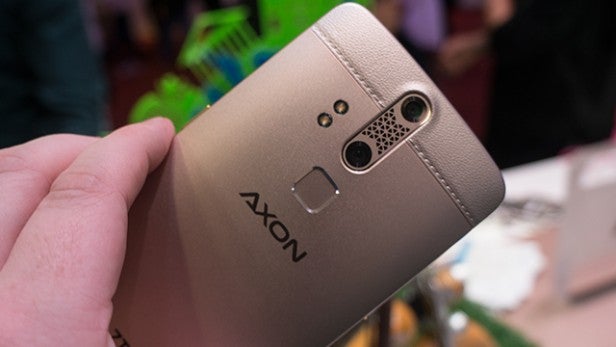 As mentioned, the 5.5-inch display is Full HD, and it’s great. Colours are bright and accurate, viewing angles are spot-on and touch accuracy on the panel seems to be on-point.

It’s just a shame that ZTE’s custom UI, which covers Lollipop 5.0.2, doesn’t make use of the resolution. It’s an ugly skin, with strange icons, overly childish colours and nothing that really adds anything to what’s already in Android.

I like my Android skins to be light, especially as Lollipop is such a good-looking operating system. Obviously ZTE doesn’t agree. 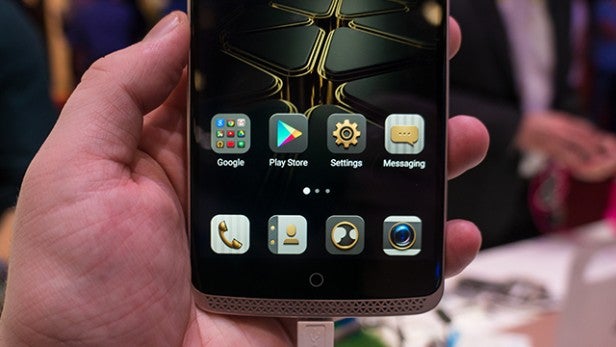 If there’s one thing I can compliment the UI on, though, it’s the snappiness of it. The Snapdragon 810 processor paired with 3GB of RAM makes light work of jumping between apps and flicking through web pages. I’d have to use the device for longer to see how it handles gaming, but judging by other devices’ performance with similar specs, I’d say it will be a strong performer.

Storage wise there’s 32GB built-in, a nice base amount, but a microSD slot means you can expand that by a further 128GB.

Hopefully keeping the Axon Elite running all day is a 3,000 mAh battery, which seems to be the default for phones with this screen size. It doesn’t quite match up to the Moto X Play, but I suspect it’ll easily make it from morning until evening without much struggle. QuickCharge 2.0 tech is included too, giving a nice boost of battery in a short amount of time. 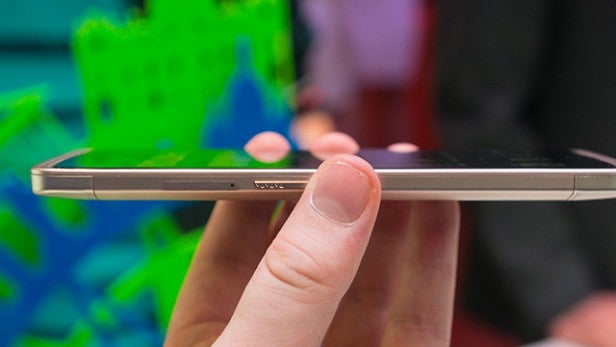 On the back you’ll find a dual-camera setup, similar to HTC’s Duo Camera that we first saw on last year’s One M8, that’s comprised of a 13MP main sensor a secondary 2MP camera that sits just below.

The main benefit of this is for refocusing after the fact. So if you snap a shot but decide you’d rather focus in on the background, you can easily change it via the app. It seems to work well, albeit with limited testing, but the detail in the shots is excellent and low-light performance also impresses.

Around the front there’s an 8MP camera for selfies, which again seems pretty decent.

Gaudy gold and faux-leather patches aside, ZTE’s first foray into the high end shouldn’t be dismissed. An impressive-looking camera, fast performance and metal build are the stand-out features.