The P507 has been fitted with a 60Wh battery. That’s not huge, and it’s not enough to lift this machine above rivals when it comes to longevity.

The standard battery test dips the screen to a 150nits brightness level while running browsing and video watching simulations. In this run the XMG lasted for one minute shy of four hours – about the same as the CyberPower Fangbook 4 SK-X17 and Aorus systems under similar conditions. 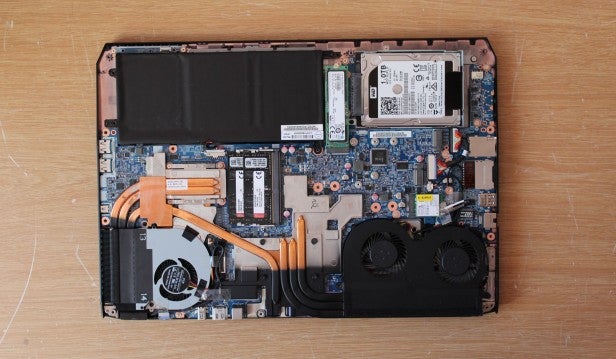 Loading a high-end gaming test saw the XMG last for around 90 minutes. That’s a little better than rivals, but not enough for a proper gaming session. Nvidia Pascal might improve efficiency, but the rest of the components are still the same – which means a bigger battery is still needed.

I’ve no qualms about this machine’s ability to play any game at its native resolution. It blitzed through every test at 1080p: in Shadow of Mordor it averaged a stonking 121fps, in Dirt Rally it ran at 104fps, and in GTA V it managed 87fps.

Those excellent results are backed up by synthetic tests. The P507’s 3DMark Fire Strike score of 12,604 puts it almost 4,000 points ahead of the CyberPower. It’s clear that Pascal is a huge leap forward from the last generation of Nvidia cores.

Further benchmarks demonstrate the sheer power on offer from the GTX 1070. It ran Shadow of Mordor at 4K with Ultra settings at 39fps, and then rattled through GTA V’s Very High settings at 46fps on a 4K external monitor.

On one hand, that’s great – it means there’s ample gaming headroom, and that this machine has the ability to output to a 4K monitor. On the other hand, it leaves the 1080p screen feeling like a missed opportunity. 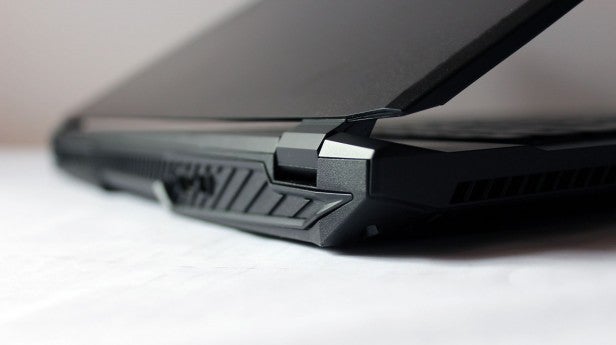 There aren’t any issues with this machine’s application performance. Its Geekbench result of 13,413 is around 1,000 points better than the CyberPower and marginally ahead of the Aorus, and its PC Mark 8 score of 4,160 is only behind desktops when it comes to recent system reviews.

The SSD is a barnstormer, too. The M.2 drive returned sequential read and write scores of 1,937MB/s and 1,226MB/s respectively. Those figures trade blows with the CyberPower, and they’re both better than the Gigabyte Aorus X3 Plus V5. That means the XMG will boot quickly, and that games installed to the SSD will have rapid loading times.

It’s a good bill of health so far, but the XMG’s uninspiring chassis struggled a little in thermal tests. The CPU and GPU peak temperatures of 91°C and 81°C are a tad high, with the latter figure a sign that Pascal’s efficient design still struggles a little inside the P507’s tight confines.

That heat wasn’t distributed effectively, either. During intense gaming sessions hot air was pumped from the left-hand side of the machine, which is no good if you’re a left-handed gamer using a USB mouse. Sections of the keyboard warmed up, and much of the bottom section also became toasty – awkward if the machine is on your lap and you’re wearing shorts. 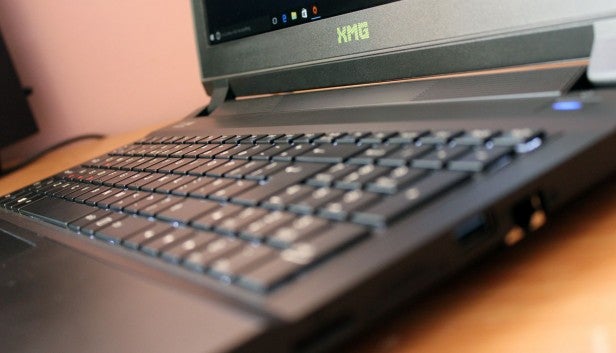 Noise was consistent and never too bad: a low, manageable whooshing rather than a roar. It’s a similar bill of health to the CyberPower, and a little better than the Aorus – that system was hotter and louder, and its chips throttled.

This machine puts most of its stock in Nvidia’s latest gaming hardware, and Pascal pays off when it comes to framerates. The mobile version of the GTX 1070 is the best laptop GPU I’ve ever seen, with speeds that blitz any game at 1080p and enough grunt to handle games outputted to a 4K monitor.

The rest of the machine is more conventional, and isn’t able to match the GPU. The processor, memory and storage are good but are never far ahead of rivals, and the screen is decent while being unable to do more than the competition.

The keyboard and trackpad are underwhelming, especially for gaming, and battery life is mediocre.

Despite that, though, the GTX 1070 remains a huge draw. There’s more gaming power here than in any other single-GPU gaming notebook at this size and price, which means it’s tempting if performance is a priority. I’d only advise holding off if keyboard, trackpad and screen quality are important – or if you’d like to wait to see what other Pascal-powered portables can offer.

The new Nvidia GeForce GTX 1070 delivers exceptional gaming power, and the rest of this machine’s specification is suitably high-end, thanks to the quad-core CPU and rapid storage. The decent screen could have had a higher resolution, though, and the P507 is underwhelming elsewhere. It’s a good option if GPU power is important, but I’d hold off until more tempting Pascal laptops are released.