The XMG P507 doesn’t look like much, but its dour exterior conceals one of the world’s most potent laptop GPUs – the new mobile variant of the GTX 1070.

The new GPU uses Nvidia’s stunning Pascal architecture, which delivered huge performance and efficiency improvements on in desktop form. How does it handle the thermal challenges of a laptop? With aplomb.

It’s worth taking a second just to explain Nvidia’s naming strategy with its latest line of mobile GPUs – it’s a little confusing. 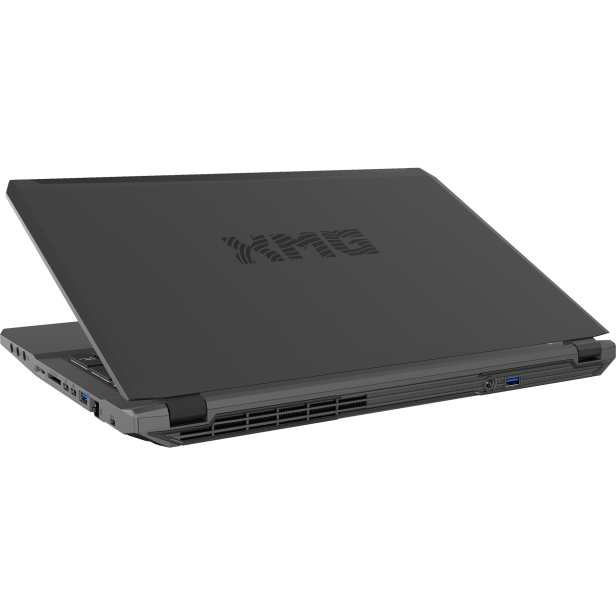 The GTX 1070 inside this laptop is actually the same part as the desktop card, with the same Pascal architecture – something that’s only now possible because of the huge efficiency gains that Nvidia made with its new hardware. The only differences between the desktop and mobile parts are minor specification changes, which mean that mobile users now get the same high-end, VR-friendly experience as desktop gamers.

Video: Watch our review of the desktop Nvidia GeForce GTX 1070 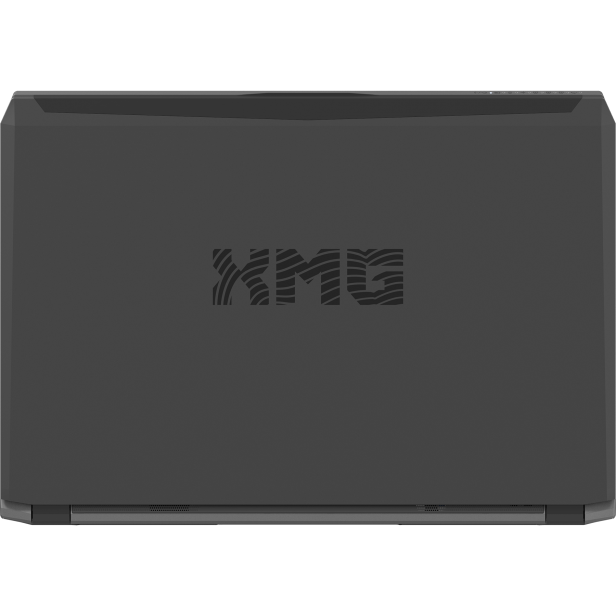 There’s a lot to like about the rest of the XMG’s specification, even if the rest of this machine doesn’t push the envelope. The Core i7-6700HQ is one of Intel’s mobile stalwarts thanks to its four cores, 2.6GHz stock speed and 3.5GHz peak.

The screen is pretty conventional: a 15.6-inch model with G-Sync and a 1080p resolution. The former feature eliminates juddering by matching the GPU’s output with the screen’s refresh rate, and it’s a welcome addition – but the 1080p resolution seems odd, as the GTX 1070 can easily handle far more pixels. 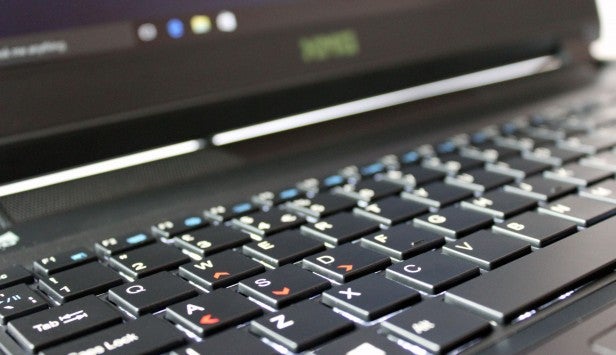 Connectivity is good: Gigabit Ethernet, dual-band 802.11ac wireless and Bluetooth on the inside, and three USB 3 ports alongside pairs of USB 3.1 Type-C and Mini DisplayPort connectors around the edges. There are also slots for SD and SIM cards.

As ever, different specifications are available if you don’t need this machine’s level of power. Dropping down to the Nvidia GeForce GTX 1060 reduces the price to £1,609, and the cheapest specification has the GTX 1060 alongside 8GB of single-channel memory, a small hard disk, no SSD and no operating system for a tempting £1,299 including VAT.

Little on the outside suggests that this machine is one of the most powerful gaming notebooks on the market.

The P507 is made from aluminium and the lid is decorated with a subtle XMG logo. Ease the 15.6-inch screen back and the interior is just as subtle: there’s a tiny XMG logo beneath the screen and a group of stickers on the wrist-rest, but that’s it.

This is not necessarily a bad thing. The CyberPower and Aorus are much more obvious gaming machines with the former serving up a multi-coloured backlit keyboard and the latter cramming dramatic vents into its 13.3-inch frame.

The XMG weighs in at 2.94kg and is 32mm at its thickest point. That’s comfortably lighter and slimmer than the CyberPower and its 17.3-inch screen, but about a kilo heavier and almost a centimetre thicker than the Aorus. In short, this machine slots right in between the competition, and it’s not so thick and heavy that it’s going to be awkward to carry it around, as long as you don’t plan on actually using it on the move.

Build quality is only middling – a slight disappointment for a laptop that costs nearly £2,000. There aren’t any major issues, but there’s a bit of a give in the wrist-rest and keyboard, and the base panel also exhibits a little weakness. There’s a huge amount of flex in the screen. This doesn’t mean the whole thing’s going to crumble after six months, but it just doesn’t feel as grand as a £2,000 laptop should.

The XMG lends itself to tinkering and upgrading. The base panel pops off easily after a few screws are removed, and the memory, SSD and hard disk are all accessible. The heatpipes and fans are easy to reach, and there’s room for another 2.5-inch hard disk inside, alongside a couple of spare M.2 connectors.