There’s no question that the P507’s screen is good enough for gaming. It has great brightness and contrast and decent colour accuracy, even if its temperature is a tad cool and other laptops offer a little more gamut coverage.

There was never much to choose between the XMG and its competitors. It’s close to the CyberPower Fangbook 4 SK-X17 in most respects, and beats the Gigabyte Aorus X3 Plus V5 for contrast while falling behind that machine in colour temperature and accuracy. Its rivals do offer some tricks of their own. The CyberPower also includes Nvidia G-Sync, while the Aorus serves up a huge 3,200 x 1,800 resolution on its 13.3-inch panel, which means it’s far sharper.

A deeper dive into the panel’s benchmarks reveals the XMG’s strengths and weaknesses. Its 320nits brightness level is high enough to handle strong lighting and the great outdoors, and it’s on a par with both rivals. 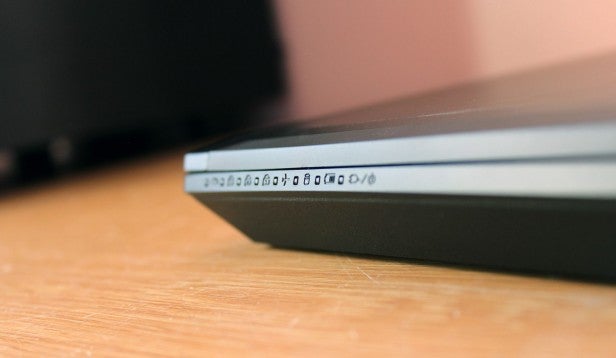 The black level of 0.32nits is good, and helps the panel to deliver a contrast ratio of 1,000:1 – another fine figure. However, the CyberPower has slightly deeper blacks and a marginally better contrast ratio, which means its dark shades look a little inkier.

Colours are handled reasonably well. The average Delta E of 3.31 is decent, and the Gamma level of 2.31 isn’t far from the 2.2 ideal. The colour temperature of 7,019K is too cool, but that’s not a dealbreaker, and I’d say the same about the 85.3% sRGB gamut coverage level – this panel falters with some lighter shades of red, pink, blue and green, but it’s not bad enough to be noticeable.

Uniformity is good, too. The top row of the panel only lost about 5% of its brightness, with the same amount being added to the brightness level along the bottom. That 10% swing is a good result – I’m more used to seeing a 10% change from that middle measurement and a wider gap overall. There’s barely any sign of backlight bleed, either.

There are no surprises in the audio department. The P507 has a couple of speakers but no subwoofer, so it churns out good-quality treble and mid-range but struggles with anything deeper. 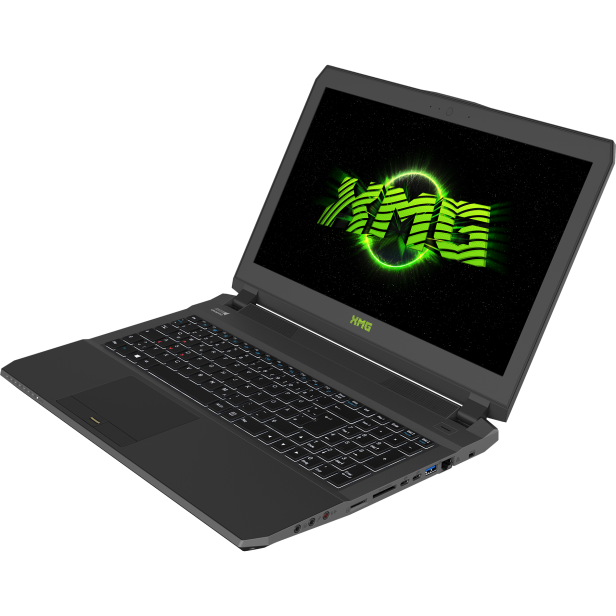 The high-end in particular is clear and detailed, but explosions and other dramatic moments struggle to have much gravitas because those affects seem so neutered. CyberPower’s machine has a subwoofer and provides a better audio experience, but the Aorus is poorer than the P507.

The P507 has a conventional chiclet keyboard with a normal layout: a separate numberpad, large return and space keys, and white backlighting.

It’s fine for typing, but it has attributes that aren’t great for gaming. The buttons are a little wobbly, and the action isn’t particularly fast or snappy. There’s only a moderate amount of travel, and the base is soft.

The inconsistent, underwhelming action is a particular hindrance in fast-paced games, and the WASD keys don’t feel any different despite their visual highlights. The typing action is just as disappointing as on the smaller Aorus laptop, and it’s unable to match the snappier CyberPower – but, as ever, nothing is as good for gaming as a mechanical unit.

The trackpad isn’t great, either. The surface has a little too much friction for fast movement, and the buttons have too much travel and aren’t snappy enough. I’d use a USB mouse from our pick of the best gaming mice.

The trackpad’s positioning also leaves a lot to be desired. It’s too far to the left, which means that my wrist occasionally caught the pad while I was using the WASD keys. That’s a recipe for disaster in many games.

Used as our main laptop for the review period
Tested for at least a week
Used consistent benchmarks for fair comparisons with other laptops
Reviewed using respected industry benchmarks and real world use
Previous
XMG P507 Review Next
Performance, Battery Life & Verdict Review