It should come as no surprise that the WipEout Omega Collection for PS4 has been hotly anticipated. A staple of many people’s childhoods, WipEout was the game that justified that PlayStation purchase back in the day and opened your brain to what was possible from the medium.

Now, over 20 years later, a selection of those games has been remastered – and wouldn’t you know it, they still pack quite the punch.

Consisting of WipEout HD, WipEout HD Fury and WipEout 2048, the Omega Collection doesn’t do anything unexpected, instead opting to get the basics right. In short, that means it’s represented here in 4K, bolstered by a framerate that will melt your eyes and a visual sheen that allows it to stand tall in 2017. Considering that all of that has been delivered effortlessly, it has to be said that this remaster is a success. 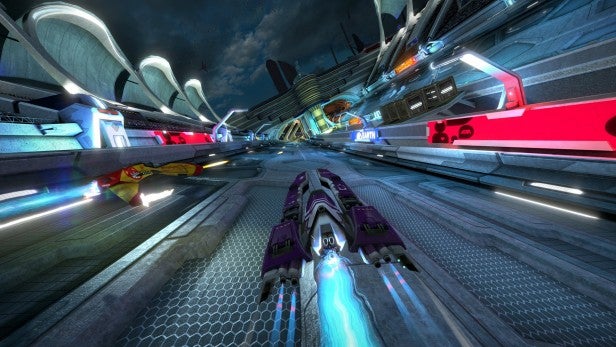 Still blisteringly fast and an attack on the senses, the real joy is that WipEout remains incredibly fun to play. In the mid-90s the series always felt like it had taken the model set forth by Nintendo’s F-Zero and run with it, and given we now live in an era where that franchise doesn’t exist, it’s truly wonderful to have a spruced up version of Sony’s classic to enjoy.

It obviously helps that all the technical enhancements have been made, but the truth of the matter is that the futuristic racing genre isn’t one that pops up all that often anymore, so to play three games that get it so right is just a treat.

From the original to 2048, there’s not really a bad entry among the bunch, and while like any racing title some tracks are better than others, these really do stand on their own two feet, mostly because of how unique they feel. There’s a learning curve as you try and work your way up to the harder difficulties, and you’re absolutely going to be baffled by how fast it is, even if you consider yourself somewhat of a connoisseur: the remastered elements really do push that into a whole new territory.

Once it all starts to click, though, it becomes horrendously obsessive as you constantly seek to shave seconds off your personal best times. 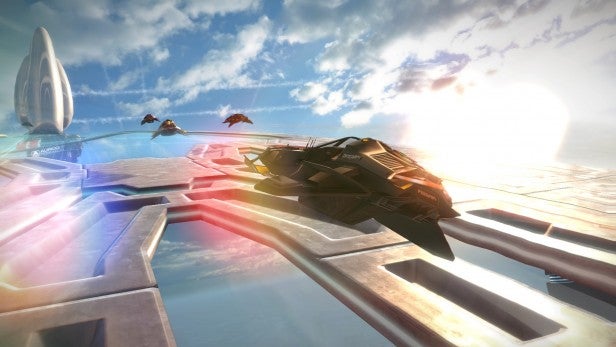 How debuting players will take to that is anyone’s guess. More than enough has been done here to allow it to exist on the PS4, but I’d be lying if I said nostalgia didn’t play a huge factor here. From the music to certain courses that just engage that memory gland in your head, the older gamer will be transported back to a time where life was a lot simpler and online multiplayer was something that only existed on PC.

If you fall into this category then the WipEout Omega Collection becomes a must, but I would imagine Sony is using this to try and find a new audience, and if it does, relaunch the franchise entirely. That’s a harder question to answer.

The potential is here, though. As mentioned few games have this vibe today, and on top of that, few ever did it as well as WipEout. It’s fair to say that, aside from small tweaks here and there, the three iterations don’t feel wildly different – it’s not like the series was ever overly experimental once it found its format – but what it sets out to do it does very well. There’s every chance this is the start of what would more than likely be a welcomed comeback.

For those that do invest, you’re getting a hell of a lot of content, too, as you’d expect from three games in one. With well over 60 courses it’s not like you’ll be lacking in options, and there’s also a tremendous amount of vehicles as well as the genuinely ‘I’m going to kick your ass’ challenge. Moving up a level is no easy feat – hence why I’m stating it again – and if you’re worried the appeal may be over as quick as it begun there’s no need. You’ll be chipping away at this for months. 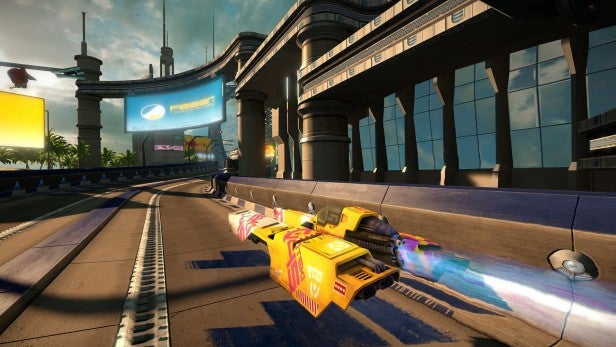 With all this said, however, it’s only fair to remember that these are polished up versions of older games, and that does result in some expected issues. As well as the remaster sometimes falling foul to the past – collision detection can be a problem here and there, although nothing that will ruin your experience – WipEout can feel a little shallow after hammering it for a while.

The feel is still amazing, but tracks do have a tendency to blur into one another eventually, and the constant techno-barrage can be a little hard to take, especially if you find yourself struggling. It’s very likely this was always the case, but it is important to go into these remembering what they are: loving reminders of the past as opposed to the great new light of the future.

That doesn’t seem to be what Sony is attempting to sell, though. After some time in the wilderness one of its most prominent franchises has returned, and it’s returned in a way that doesn’t make it feel out of place at all. It’s hard to argue this was a bad decision, and if new faces discover it along the way… well that’s just all the better still. 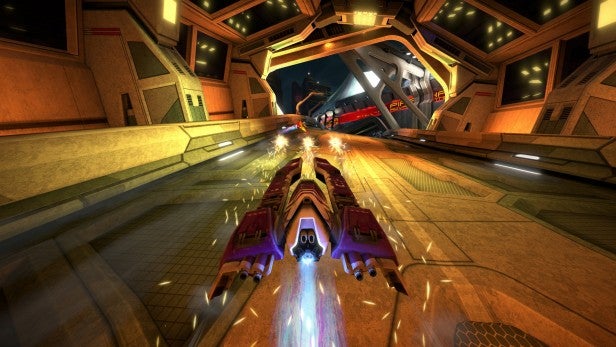 WipEout Omega Collection is a remaster that any fan is going to go loopy over, and there’s a high possibility it’ll find a new audience, too. A very slick and well-designed update.