While it’s certainly true Cyanogen is more tweakable than the regular Android OS, the customisation features are a mixed bag. Some
of the features, such as the ability to customise which application
notifications appear on the lockscreen are useful, while others feel
slightly superfluous.

See also: These are the 10 best Android smartphones on the market 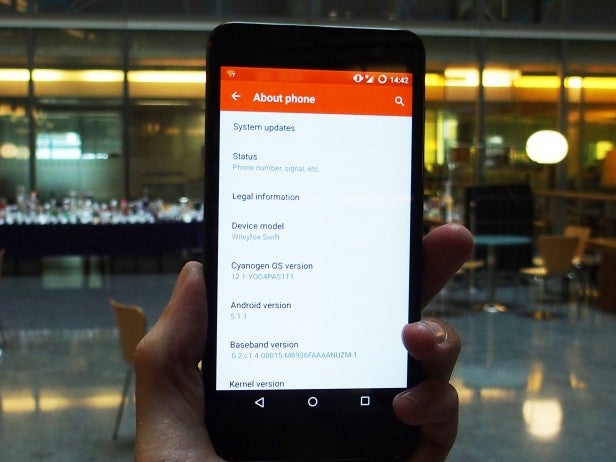 This is largely due to the rather confusing and slightly lacklustre theme system used by Cyanogen.

Cyanogen
themes are accessed, downloaded and purchased via a Theme store. There
are currently around 100 themes on offer, though more will likely appear
in the near future as companies and people are free to create and flog
their own custom themes on Cyanogen.

Cyanogen also has a Theme
Chooser feature that lets people mix and match elements of themes on the
store to create their own frankenstein skin.

While some people
may think this sounds great, looking at what’s currently on offer, I
found most of the themes are fairly pointless. Flipping through
15 of them, I found they generally did little more than change app icons,
slightly rejig the UI and add a few custom widgets – none of which were
very useful.

This isn’t necessarily a negative, after all the
ability to tweak the UI is something I can see some buyers loving, even
if I’m not too bothered about it myself. However, I am slightly
concerned it’s going to hamper Wileyfox ability to update Cyanogen to
run-on newer versions of Android – like the fast approaching final
version of Android M.

This is because Wileyfox will have to tweek
Cyanogen’s code to be compatible with the new Android version’s code – a
process that will likely take weeks, if not months. Indeed, this was one of the issues with last year’s OnePlus One, which also used Cyanogen, and is one of the reasons why OnePlus has switched to its own skin for the OnePlus 2.

This will
mean, as was the case with Amazon’s Fire series of devices, which also
run on an OS based on Android, Swift users may miss out on useful
performance boosting Android updates. 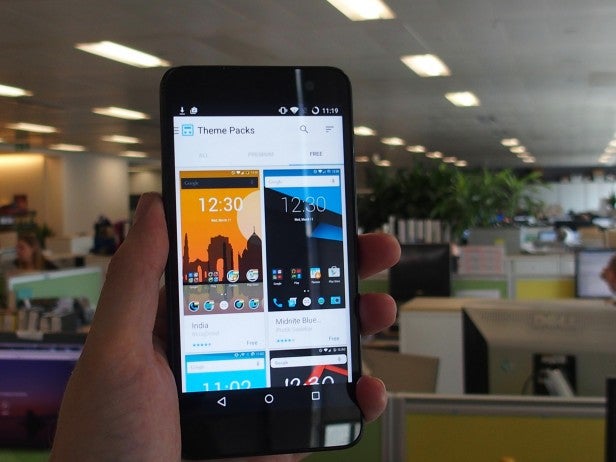 While I’m not totally won over by Cyanogen’s customisation features, I am impressed with its security upgrades. In
the post-PRISM world where data protection and privacy are a concern
Wileyfox has played a canny trick loading Cyanogen with a variety of
useful security tools.

The best of these are Cyanogen’s Privacy Guard, PIN Scramble and Protected Apps services.

Privacy
Guard is an app management service that can be accessed in the Swift’s
settings. It lets you manually approve which apps can harvest data and
which can’t.

PIN Scramble, meanwhile, is a clever feature that makes it harder for thieves, or annoying friends to guess your phone’s unlock code. It
works by randomising how numbers are organised on the screen from the
lock screen each time the phone wakes from sleep – meaning the code
can’t be reconstructed using smudge’s on the screen.

The
Protected Apps feature adds a further layer of protection to data stored
on the Swift by letting you create password protected application
folders. The feature lets you set different passwords for each folder.

For
me this is a great for two reasons. First as it stop thieves who
successfully crack your unlock code accessing sensitive applications,
like work email. Second, for those with young kids or siblings,
it lets you stop them accessing inappropriate services – like violent
games or titles that let you make in-app purchases.

The
Wileyfox Swift features some reasonably impressive hardware for a £129
handset. The phone is powered by a Snapdragon 410 processor, Adreno 306
GPU and 2GB of RAM, putting it on a par with the 16GB Moto G (2015).

Interestingly, despite featuring the same hardware the Swift’s benchmarks are slightly below the Moto G’s.

On
Geekbench, which measures a phone’s overall performance, the Swift
enjoyed 1,335 multi-core score. On the gaming focused 3DMark benchmark
(tested on Icestorm Unlimited) the Swift scored 4,310. By comparison the Moto G boasts a 1,636 multi-core score on Geekbench and 4,418 score on 3DMark. 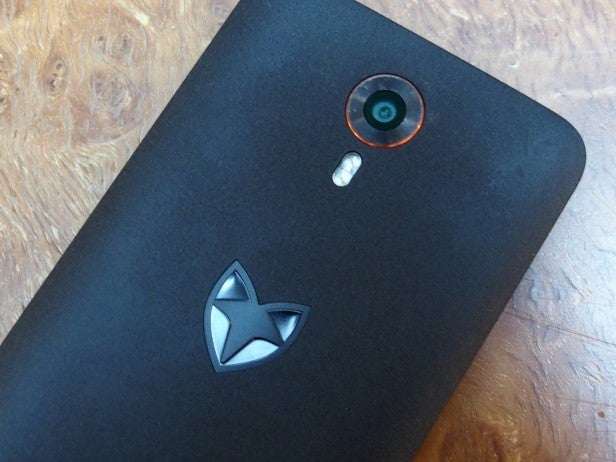 Performance in real world use is solid but not flawless. Apps
open in milliseconds, video streams seamlessly, and web browsing on 4G
is a smooth lag-free experience. Every now and then, though, the phone would stall and then
inexplicably jump to the bottom of the menu when quickly
scrolling through the Swift’s app tray.

On a few very rare
occasions the Swift also would unexpectedly exit games I was playing –
though being fair to Wileyfox during my week with the device this only
happened after prolonged gaming sessions.