The Vodafone Tab Prime 7 runs on Android 6.0 Marshmallow, and as a result is incredibly easy to navigate. Swiping left on the homescreen automatically launches the Flipboard app; you can easily disable this function in the Settings, though, if you’re not a fan. 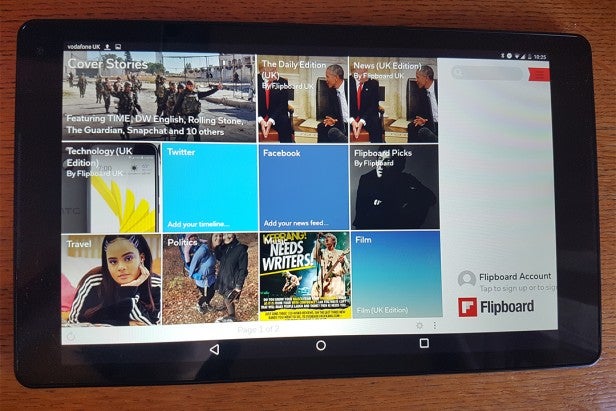 On-board apps include a Device Manager for Android devices, Google essentials such as Google Hangouts, Google Handwriting, Sheets and more. Of course, there’s also a phone-dialing app and a messaging app for calls and texts.

One lovely touch is the notifications panel, which you can access by swiping down anywhere along the top of the screen. A quick swipe down will reveal the time, date, battery status, Wi-Fi and network signal, and any notifications. Swipe a second time, and your basic settings appear. 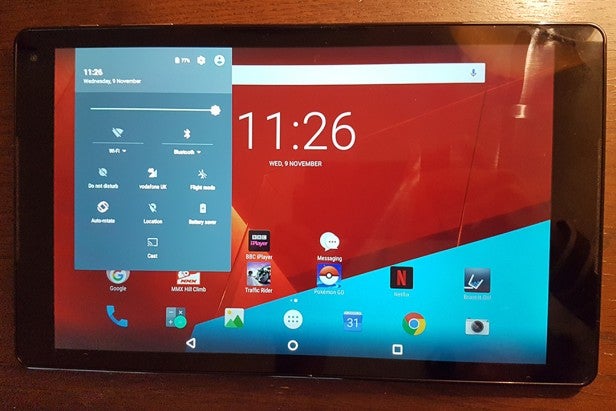 The Tab Prime 7 isn’t the performance speedster I was hoping for when I saw its specs, but Vodafone is definitely inching closer. An Octa-core Snapdragon 430 processor holds fort at 1.1GHz, and there’s 2GB of RAM, which has doubled since the Tab Prime 6’s 1GB offering. 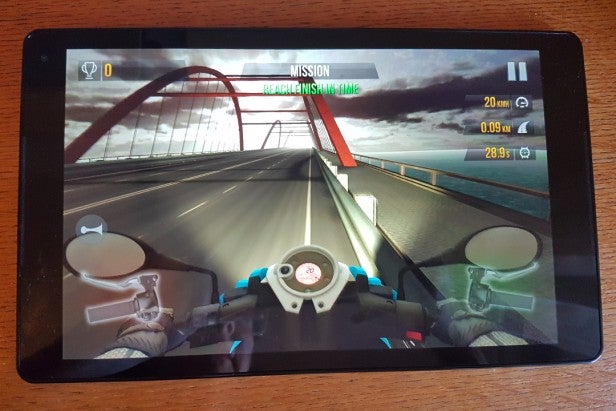 I played MMX Hill Climb, Traffic Rider and Brain It On! on the Vodafone Tab Prime 7, and it put in a solid effort. Games sometimes took a little while to boot up, but the graphics looked incredibly sharp and vibrant. I didn’t find myself counting pixels or kicking my heels waiting for in-game features and menus to load. Avid gamers will be satisfied here

General tasks such as browsing using Google Chrome or using Google Sheets were fluid and seamless most of the time, with just a spot of lag here and there. Anyone needing a tablet that can occasionally double up for home-working purposes should be happy too. 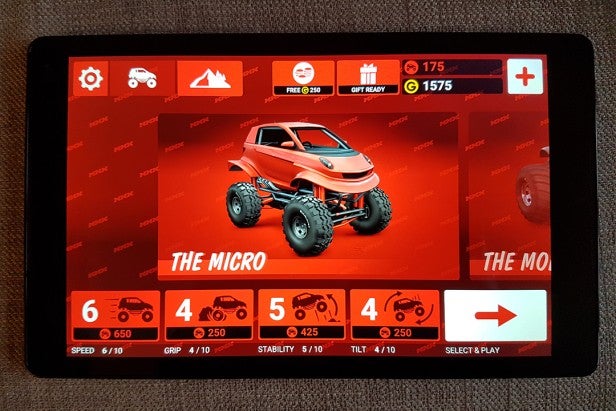 Vodafone promises “superior 4G speed” when using the Tab Prime 7 with mobile data switched on, but obviously, this will depend on where you are and how good the 4G signal is. I’m struggling to work out who would want to pay to use a tablet for calls and texts if they already have a phone with a good data allowance, but it could be a great way to introduce an elderly family member to screen-based communication.

Impressively, the Tap Prime 7 doesn’t seem to overheat with prolonged use. In fact, it barely broke a sweat when I set it down on the sofa and left Netflix running for a good couple of hours. This is great news for anyone who likes to settle in for a bit of movie-watching in bed.

The pressure was on for Vodafone to come up with better audio solution than was evident on the Tab Prime 6. Sadly, it hasn’t succeeded.

The Tab Prime 7 has dual front-facing speakers on both the left and right-hand side of the screen, camouflaged by the bezel. Gaming sound effects on the Tab Prime 7 are nice and punchy, but switch to dialogue and voices sound a little caustic and tinny. 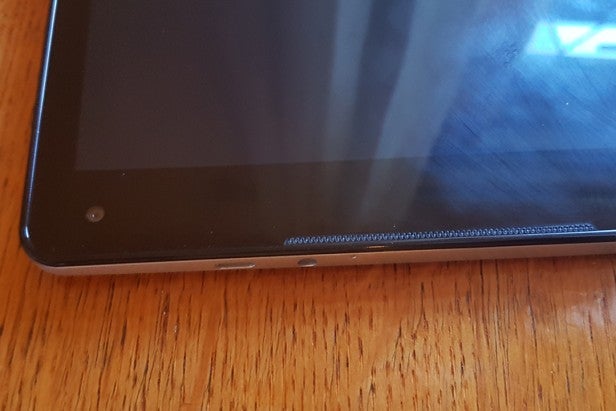 What’s more, the speakers are simply too quiet if you’re not holding the tablet right in front of your face. I played a film and put the tablet down on the kitchen worktop to make a cup of tea, and it was like listening to the TV from another room.

Don’t get me wrong – they do a job for casual tablet use, and they shouldn’t put you off if you’re not an audiophile. But there’s no excuse when the Tesco Hudl 2 has managed to nail audio in a budget device.