What is the Vodafone Tab Prime 7?

The Vodafone Tab Prime 7 is the phone company’s third foray into the tablet market. It picks up the mantle from the Vodafone Tab Speed 6 launched earlier this year, and the Tab Prime 6 that kicked things off in 2015.

So far, questionable graphics, sound quality and gaming power have earned Vodafone’s budget tablet range a mixed reception – a disappointing trend that the Tab Prime 7 manages to buck in some respects. Along with a price hike to £175 (the Tab Speed 6 is £125), the Tab Prime 7 brings a more polished, seamless experience to casual tablet users. 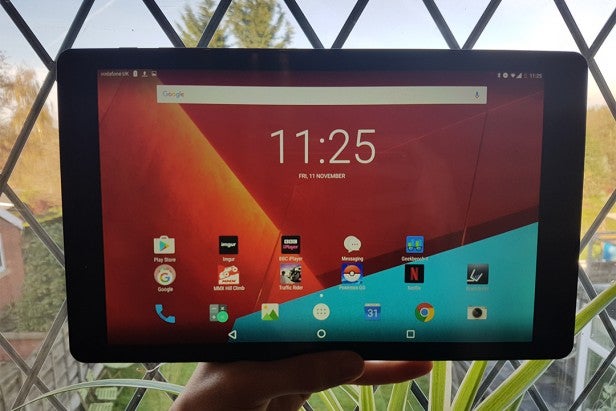 The Vodafone Tab Prime 7 isn’t heart-meltingly attractive, but its design certainly isn’t offensive. The device is available only in silver, which at least gives it an air of being high-end.

Its spacious 10-inch LCD panel is flanked by two front-facing speakers and a generous black bezel that provides plenty of room for your thumbs to grip the device without obscuring the edges of the screen.

The outer couple of millimetres of the tablet are raised slightly to protect the screen from scratches if it finds itself face-down on a table, which also helps make the tablet feel more secure in your hands. 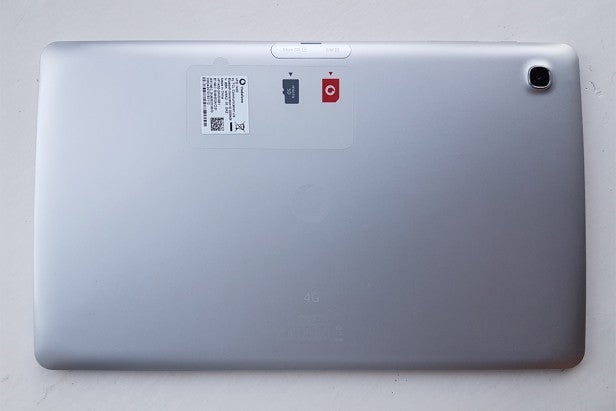 That last part is important, because the Vodafone Tab Prime 7 is a little on the unwieldy side. Handling that wide screen takes some getting used to, and figuring out which finger or thumb should press which button isn’t immediately intuitive – especially with the sleep/on button and the volume controls sitting all the way up on the top-left edge. Have fun with that one, right-handers. 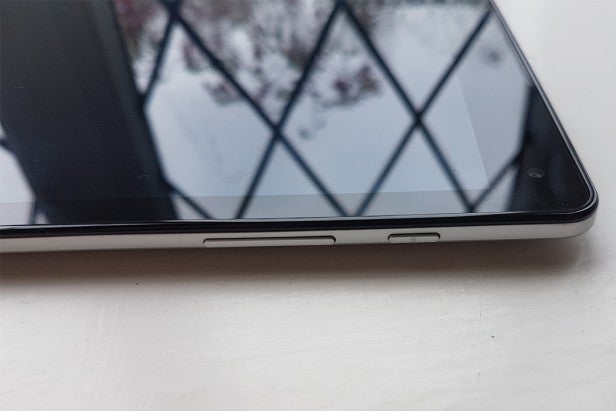 It’s just as well, then, that the Tab Prime 7 is a little heavier than its predecessors, weighing in at 449g. It’s still lightweight compared to similarly priced tablets such as the Acer Iconia Tab 10 (520g), but its extra weight should allay any fears that you might have about it slipping out of your hands. It’s a sturdy build too, with minimal casing flex under pressure.

The micro-USB charging port sits on the right-hand edge beside the headphone jack. I noticed that the charging cable doesn’t snap pleasingly into the port, but has room to jiggle a little. It isn’t a huge problem – just another reminder that you haven’t paid a premium price.

Flip the tablet over, and you’ll discover a concealed flap that opens to reveal a SIM tray and a microSD slot. The Vodafone Tab 7 comes with 16GB of storage, but you can add up to a 64GB card for extra capacity. 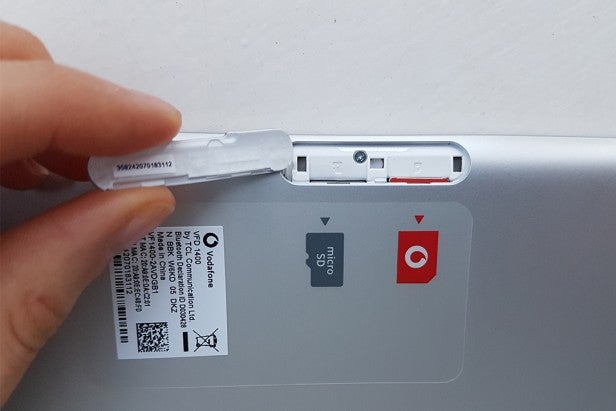 The SIM tray allows you to leverage the tablet’s 4G LTE capabilities and use it like a phone for calls and texts. You get a PAYG plan of 6GB of UK data per 90 days bundled in if you pay the full price; pay-monthly deals start at £21 for 5GB.

The rear camera is positioned in the top-right corner as you’re looking at the tablet from the back. The lens has inherited a Tab Prime 6 and Tab Speed 6 design niggle: the camera juts out from the casing, leaving the lens vulnerable to damage. 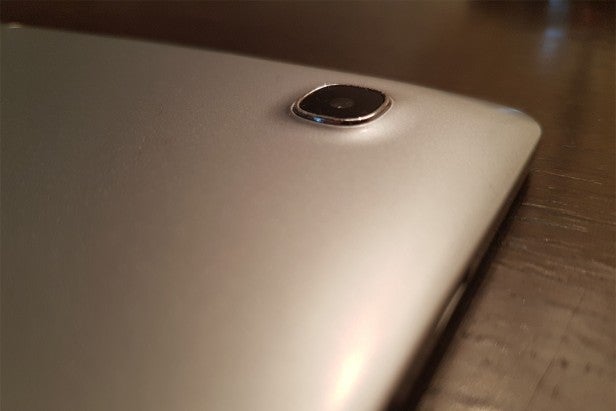 The screen is where Vodafone begins to justify that £50 price hike over the Tab Speed 6. With a pixel density of 224ppi and a 1,920 x 1,200 display, Vodafone is touting the screen as “Full HD” – and it isn’t half-bad. While not as impressive as Tesco’s Hudl 2, which managed to cram in 273ppi, it’s a significant improvement over the Tab Speed 6’s 189ppi screen.

Colour range is excellent, and contrast is sharp between dark and light colours. This is good news for those who want to use the Tab Prime 7 for casual browsing; the black font looks slick and readable against a white background on websites.

I did find myself wishing that the highest screen brightness level was a little more dazzling, however; its dull undertone gives certain websites – such as Facebook – a bit of an underwater look.

With Netflix and iPlayer, the Vodafone’s “Full HD” claim isn’t too far off. The lacking pixel-per-inch count was a little more evident when watching BBC’s Planet Earth series, however, with fine details appearing a little less sharp.

Be warned that the screen is pretty reflective, so using it outside or in bright sunshine is a definite no-no.

When it comes to screen size, I’m less enamoured. Since the tablet is so wide, you need the hand span of a chimpanzee to have any hope of reaching the central onscreen home button with your thumb while holding the tablet with two hands.

I’d never really thought about how I hold a tablet before I picked up the Vodafone Prime 7, but I suddenly found myself acutely aware. Annoying. That extra inch or so is great for elderly users or people who will just leave it in one place for streaming at home, but I’d gladly lose it.

Next
Software, Apps and Performance Review