With a 13-megapixel rear camera and a 5-megapixel selfie camera, the Smart Ultra 7 is – on paper at least – in line with the Moto G4 and OnePlus X; in fact, the latter comes with an 8-megapixel front-facing camera. In our opinion, it is the Moto G4 that has had the best camera you can get for the money. So how does the Smart Ultra 7 stack up? Well, it’s good, but not quite as good as the one of the Moto G4. 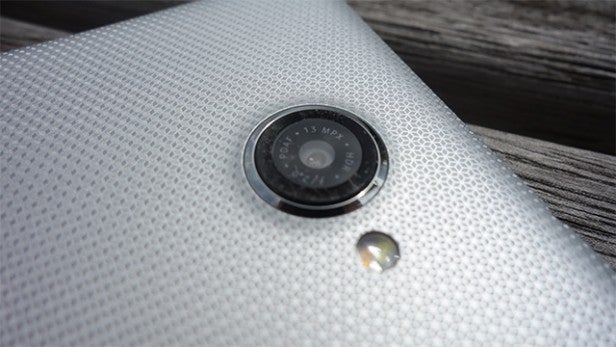 First, the camera app is easy to use, responsive, and comes with plenty of extra manual options including brightness adjustment, shutter speed and white balance. The camera will also shoot 1080p video.

Although the photos are decent overall, I found colours were a tad muted and there was a slight blocky effect where the processing seems to have smoothed over some of the textures; this results in a loss of detail. I would put that down to a lack of pixels. but the Smart Ultra 7 has just as much as its contemporaries, and even more than, say, the Galaxy S7. It just goes to show, megapixels aren’t all that counts when it comes to cameras. 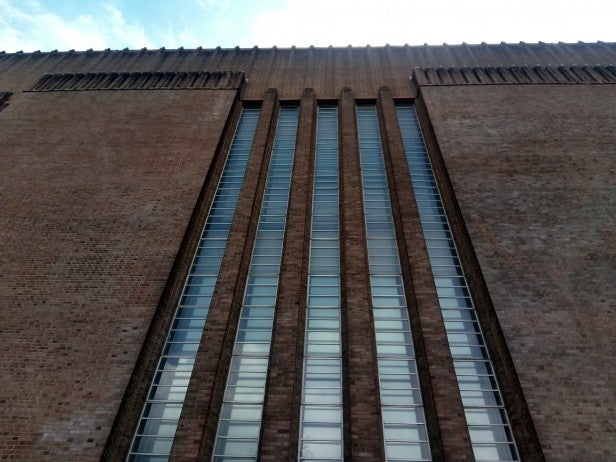 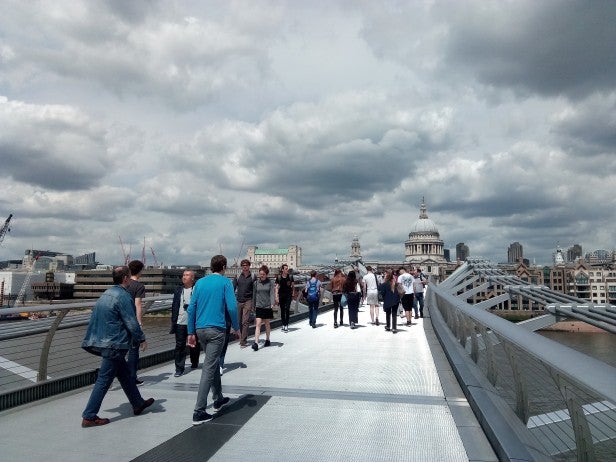 Shots are clear but lack detail 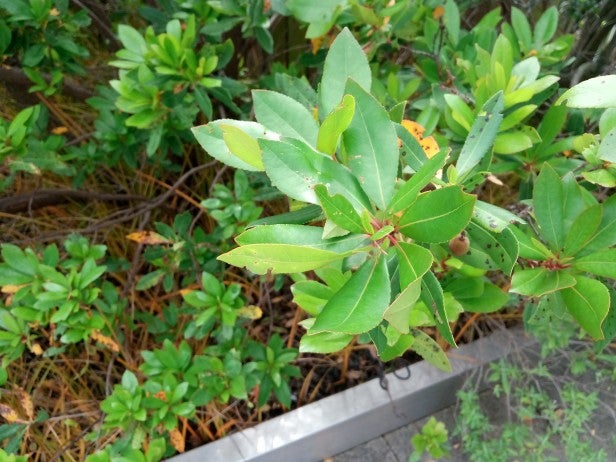 The camera seems to perform better with close-ups 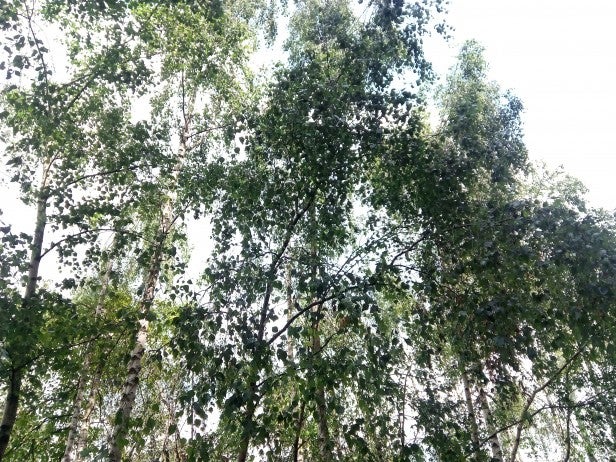 The 5-megapixel front-facing camera also comes with an LED flash and does a decent job of capturing selfies. Colours aren’t exactly vibrant, especially when the lighting is limited, but it’s a selfie camera and will happily perform that job. And it will certainly do for Skyping and the like. Here’s a comparison of the front camera and the back camera: 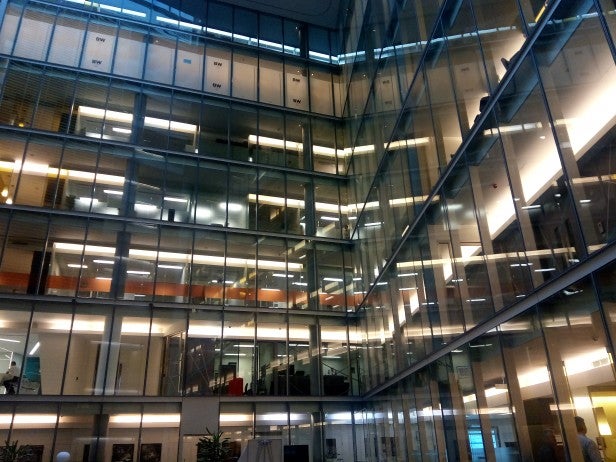 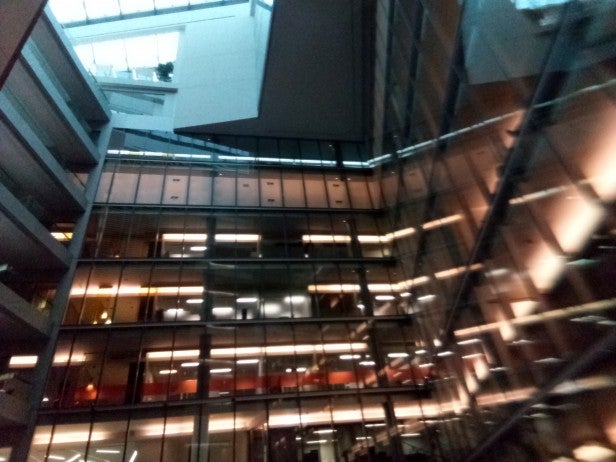 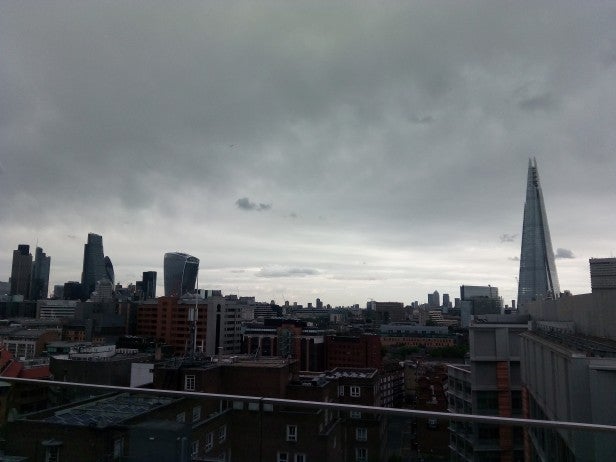 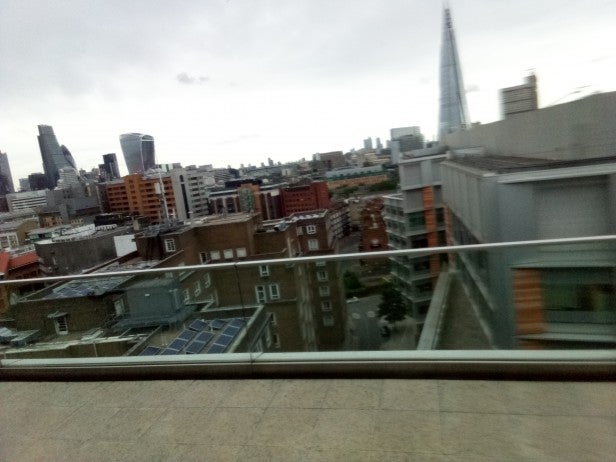 As you can see, the front-facing setup seems to add a warmer tone to the images. It’s also not very good at focusing and no matter how steady I tried to hold the phone, always seemed to produce blurring in images, even when half the image was in focus. It wasn’t a case of not holding the phone in place for long enough after pressing the shutter either.

Again, the Smart Ultra 7’s camera is fine for taking selfies, but I’m not particularly impressed with the front-facing camera.

Although the back of the Smart Ultra 7 pops off, the 2,960mAh battery is non-removable, and is smaller than the 3,000mAh cell in the Moto G4. It’s also a slight downgrade from the Smart Ultra 6, which also came with a 3,000mAh battery. But with the same 5.5-inch 1080p screen as the previous model, an upgrade to the processor, and Marshmallow’s power-saving features, I wasn’t expecting to see much difference in battery life.

And that turned out to be the case. In my experience, I found the phone easily lasted a day. I used it to listen to music on my hour’s walk to and from work, check and send messages, and for the odd bit of internet browsing and found I had plenty of charge left at the end of the day. One day of using the phone for such general use, with adaptive brightness turned on, saw the phone lose around 40% battery. 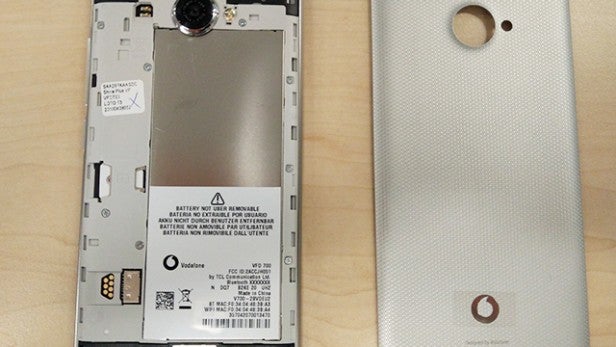 Streaming obviously impacted the battery more severely. Watching 45-minute episodes of Daredevil on Netflix, with the brightness set to 50%, the phone lost 24% of its battery.

Vodafone claimed the Smart Ultra 6 could last two days on a single charge, which was mostly true with minimal usage. And I can say the same is true of the Smart Ultra 7, although you’d have to really keep usage down to manage two full days.

Should I buy the Vodafone Smart Ultra 7?

Vodafone’s claim that the Smart Ultra 7 is great because “it’s got all-round performance at an incredible price” is pretty accurate. I’d add that the phone features an almost untouched version of Android, which is perhaps its best feature, as well as a vibrant screen and what feels like solid build quality too.

With all that in mind, it’s impressive that Vodafone is able to offer the Smart Ultra 7 cheaper than the Moto G4. The phone probably isn’t going to win any awards for design, it isn’t the most enviable handset on the market overall, plus you have to be signed up with Vodafone. However, if you’re on a budget and don’t want to skimp on quality, there’s very little reason not to recommend the Smart Ultra 7.

Granted, there isn’t much new here to separate it from its predecessor, but considering the Ultra 6 was such a solid budget offering, it would have been silly to change too much anyway. On the whole, Vodafone has done just as good a job as last year with the Smart Ultra 7.

Solid performance, close to stock Android, and – best of all – cheap; the Smart Ultra 7 is easily one of the best budget smartphones available right now.