What is the Vodafone Smart Ultra 7?

The Vodafone Smart Ultra 7 is the successor to the super-impressive, and similarly grammatically confused, Smart Ultra 6 – a high-spec budget phone that we were rather taken by when we reviewed it last year. And things are much the same this time around. Although you won’t find top-end specs in the Smart Ultra 7, there is enough decent hardware to provide snappy performance, and all for £135.

With the Smart Ultra 7, Vodafone has set its sights on undercutting competitors in the budget phone market. For example, the recently launched Moto G4 includes many of the same specifications, but costs £169. Of course, the catch is that you have to be on Vodafone, but unless you have a strong disliking for the network, it’s hardly a drawback, especially if it keeps the price low.

As OnePlus has consistently demonstrated, packing decent hardware into an affordable device is a winning formula (although, that $4 Indian smartphone could still ruin the whole thing for everyone). So, does Vodafone’s latest offering manage to pull off the same trick of keeping the price low without skimping on quality. As it turns out, the answer is mostly. 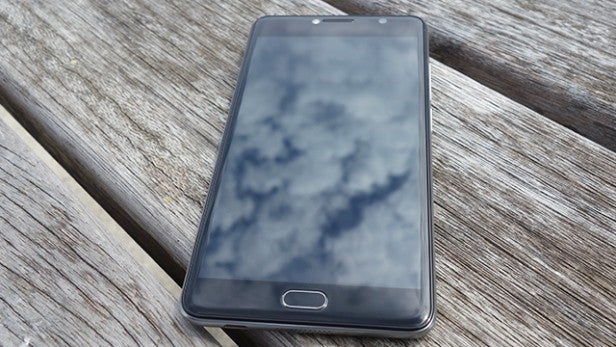 It’s important to bear in mind the price when considering the Smart Ultra 7’s build quality and design. For £135, you’re not going to get the kind of refined finish seen on the Galaxy S7 or iPhone 6S. Vodafone’s handset is essentially a rebranded Alcatel phone that comes in an all-plastic case, with Dragontail glass – a cheaper alternative to Gorilla glass – covering the screen.You also have a choice of two, rather confusingly titled, colours: Satin Charcoal or Aluminium Silver. 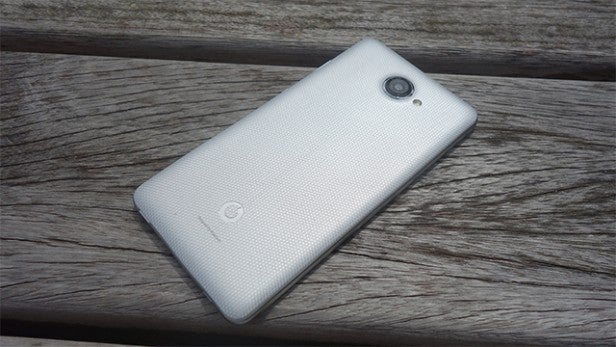 Elsewhere, things look slightly more high-end. The plastic frame has a brushed metal-style finish on the edges of the phone, which at least creates the illusion of high-end design. That Dragontail glass also curves nicely as it reaches the edges of the screen, and the chrome finish around the home button adds an air of distinction to the whole affair. 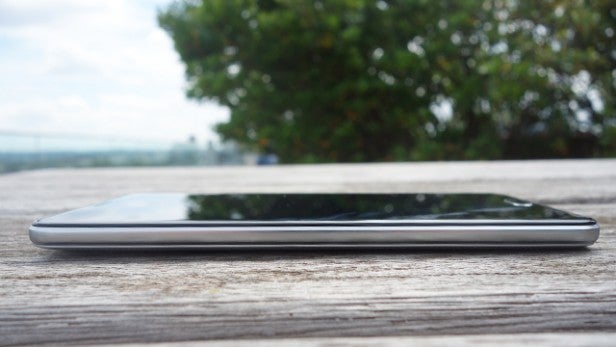 Next to that home button you’ll find two backlit capacitive buttons, which in my opinion look a little outdated. There’s something about the lacklustre backlight that reminds me less of a slick top-end smartphone and more of the buttons you’d find on a cheap microwave.

At 150g and 152 x 78 x 9mm, the Smart Ultra 7 is firmly in Moto G4 territory. Lenovo’s device is slightly longer and thicker at 153 x 77 x 10mm, and it’s also a tad heavier at 155g. But overall, the form factors are similar. You’ll struggle to use the Smart Ultra 7 in one hand, and for me, when it comes to dimensions, I prefer my current handset, the OnePlus X, over Vodafone’s larger offering. 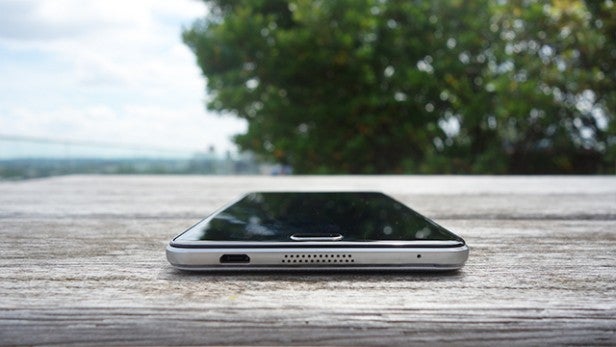 So, all in all, while you’re not getting the nicest-looking phone available, the Vodafone Smart Ultra 7 can at least pass for a well designed mid-range device. It’s only on closer inspection that the plastic casing and weird textured backing, volume, and power buttons become apparent. But I have to say, the phone certainly feels sturdy and well built in the hand – which is reassuring for a £135 smartphone.

The Smart Ultra 7 comes with a 5.5-inch 1080p screen, which equates to a 401ppi density. Those are exactly the same screen specs you’ll find on the Moto G4. With it’s smaller 5-inch screen, the OnePlus X offers a higher 441ppi density, which is to be expected with the reduced display size. All of which means that Vodafone has managed to match the best budget smartphones when it comes to screen specs. 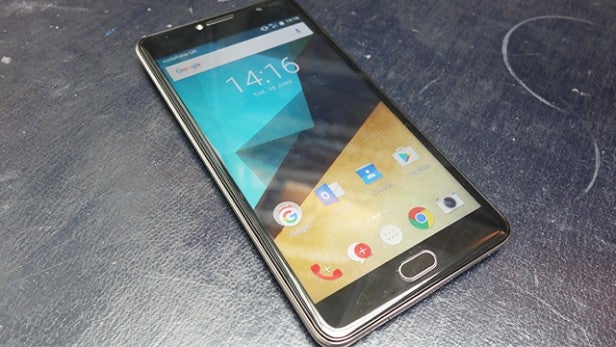 In practice, these figures result in strikingly sharp pictures from the Smart Ultra 7. Although the screen isn’t going to wow you in the manner of the QHD display on the LG G5 or Galaxy S7, you won’t notice individual pixels on the Smart Ultra 7’s screen.

As with most IPS LCD panels, though, you will notice slight light bleed around the edges, and the blacks aren’t as deep as on the OnePlus X, which uses AMOLED display tech.

What’s more, the screen isn’t fully laminated to the glass, which means viewing angles aren’t quite as good as they could be. However, the screen here certainly isn’t like one of those cheap Twisted Nematic panels, where the picture goes dark unless you’re looking straight at it.

There’s also the bezel, which is thicker than you may have hoped, but no more so than the bezel on the OnePlus X or Moto G4. Even top-end phones continue to arrive with sizeable bezels, so I can’t begrudge Vodafone the hefty screen border too much.