What is the Vodafone Smart Mini?

The Vodafone Smart Mini is a true budget phone. It’s available for just £50 on a pay-as-you-go basis, which gets you a phone with a 3.5-inch screen, 1GHz single-core processor, 4GB of built-in storage and a 2-megapixel camera running on Google’s Android 4.1 Jelly Bean OS. It’s as much as £100 cheaper than similarly specced phones, such as the Samsung Galaxy Fame. 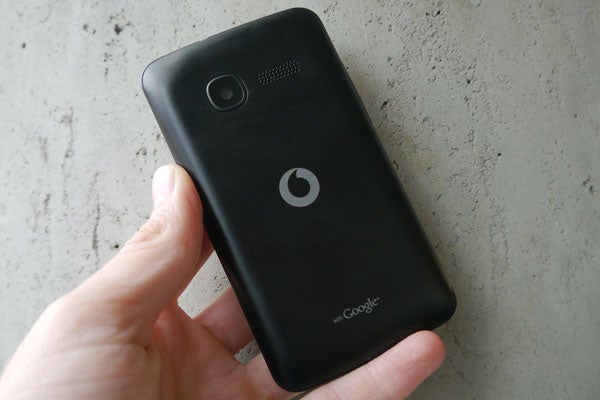 Not what you’re looking for? Try our best mobile phones 2013 round-up.

Put simply, the Vodafone Smart Mini is not much of a looker. It is a squat, square, plastic phone that looks exactly what you would expect from a £50 smartphone – cheap materials pieced together in a simple, unassuming manner. The phone is only available in black and, unlike its big brother the Vodafone Smart 3, can’t be customised.

As you might expect given the price, the Vodafone Smart Mini’s build quality is nothing to write home about – it feels a tad bulky and hollow. But considering the price it feels relatively solid in the hand. There is no undue bend or flex when put under considerable pressure, though is an audible rattle when you tap the rear with your finger that suggests that something in there isn’t nailed down as well it could be.

The Vodafone Smart Mini has just two physical buttons (power/sleep and a volume rocker), both of which are surprisingly sturdy in their housings and offer a reassuring amount of resistance during use. 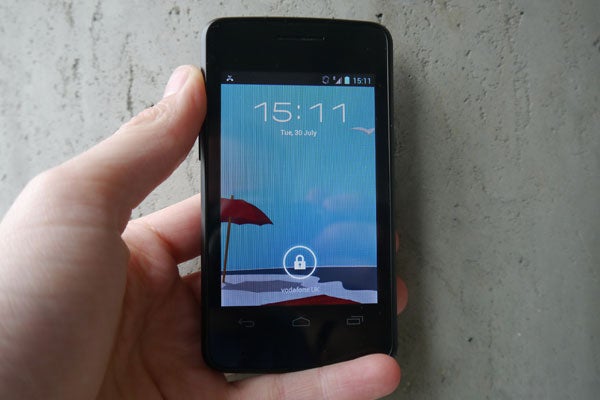 The Vodafone Smart Mini’s 3.5-inch screen might be the same size the iPhone 4S, but that’s where the similarities end. It’s not especially bright, sharp or colourful, and the ambient light sensor is slow to adjust brightness when required.

It has a 480 x 320 pixel resolution, which equates to a 165 pixels-per-inch image density. Although this is not particularly conducive to enjoyable video playback or image viewing, neither is it dreadful. There is some visible pixelisation and colour contrasts are weak, but it is exactly the same display size and resolution as that found on the Samsung Galaxy Fame, a phone which will set you back £150.

Disappointingly, the screen looks slightly recessed from the rest of the phone, which does nothing to help its low quality appeal and acts to further accentuate the already dire viewing angles. The Mini’s touch panel is not the most responsive or accurate either, with attempted presses of one area of the screen often causing reactions elsewhere. This becomes increasingly apparent when browsing the web where multiple links are often grouped in close proximity, while multi-touch gestures are slow and sometimes glitchy.

None of these issues make the Smart Mini totally unusable, however. In fact, the screen just as good, if not better, than the Samsung Galaxy Fame that costs noticeably more, not to mention the Samsung Galaxy Young – a more direct alternative at £89.