The Vodafone Smart Mini has its own custom UI overlaid on Google’s popular and seemingly ever-present Android 4.1 Jelly Bean OS. The combination is relatively appealing, although the raft of Vodafone branded pre-installed content can feel a little overpowering at times. The changes to stock Android are mostly cosmetic yet give the Vodafone Smart Mini a unique feel all the same.

The digital keyboard on the Vodafone Smart Mini is cramped and not conducive to fast typing. It has small individual keys that waste the limited onscreen real estate with unnecessary spacing. Further compounding the problems, there is no sign of any Swype style input options pre-installed on the phone, which would let you drag you finger across the compact keyboard to spell out words.

Elsewhere, the browser is what you would expect from Android – functional, easy to navigate yet not particularly inspiring. The previously mentioned pinch-to-zoom issues once again appear when attempting to make text-based content larger. You have the choice between the stock Android browser and Google Chrome, though the latter lack text reflow – a feature that makes text easier to read on smaller screens.

Vodafone’s own software overlay is still a little buggy. For example, attempting to scroll past the final homescreen results in horrible digital lines streaking across the screen, though most of the other issues could be as much due to lack of power than buggy software. 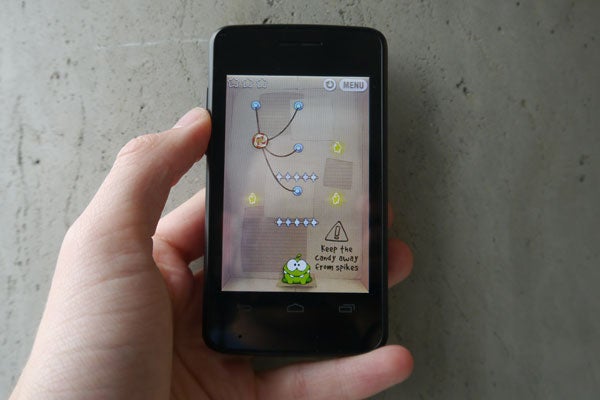 The Vodafone Smart Mini’s single-core 1GHz processor and 512MB of RAM copes fine for basic use, but it really struggles when running multiple apps for intensive games. There are long pauses when jumping between apps, which is bound to frustrate anyone who uses more than just the basic phone functions.

It is not all doom and gloom, though. The Vodafone Smart Mini might not have the grunt to run some of the more demanding games currently doing the rounds on the Google Play Store, but basic games like Cut the Rope or Angry Birds are handled with consummate ease. Motions are smooth, controls are, for the most part, accurately received and there is virtually no lag or stuttering within gameplay.

The Smart Mini’s integrated speaker is surprisingly strong, too. It’s a far cry from the BoomSound speakers on the HTC One, but it’s nonetheless pleasingly sharp and clear even if it’s not very loud. 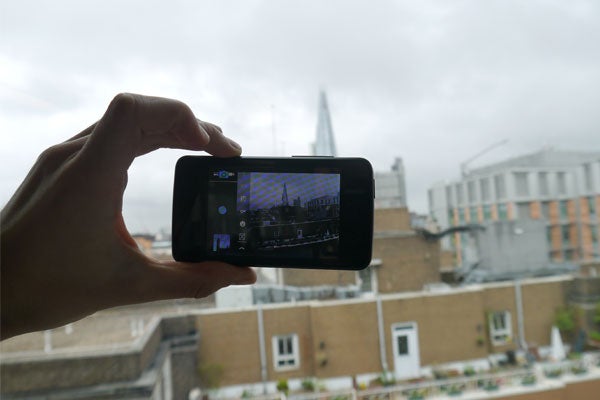 The Vodafone Smart Mini is not a phone that’s been designed to fulfil the needs of the snap happy. Its camera is a 2-megapixel offering and lacks the integrated LED flash of some entry-level phones. There is no secondary camera up front, either.

Focus and white balance are the two main issues with the Vodafone Smart Mini’s camera. Not until you are passed these problems though does the lack of clarity and detail really come into the mix. It’s slow, too. Focusing takes an age and attempting to take a fast picture leaves you with completely over exposed images, such as the one below. 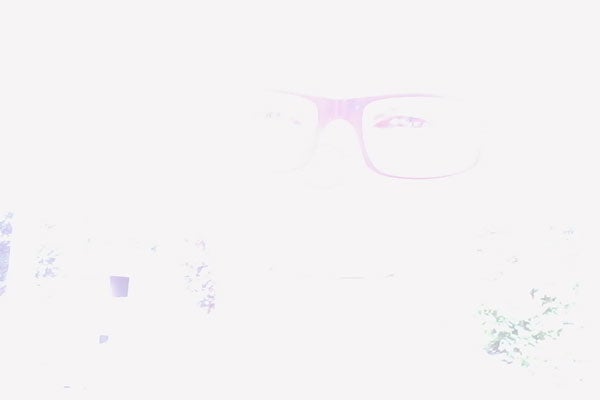 Quality might not be the best, but the Mini’s camera is not short on features. Building on the standard stills base, it lets you capture panoramic shots as well as VGA grade video content at 30 frames-per-second. With Smile Shot capture modes and Face Beauty adding some touch-up skills, the phone’s camera options help maximise what is otherwise its weakest asset. 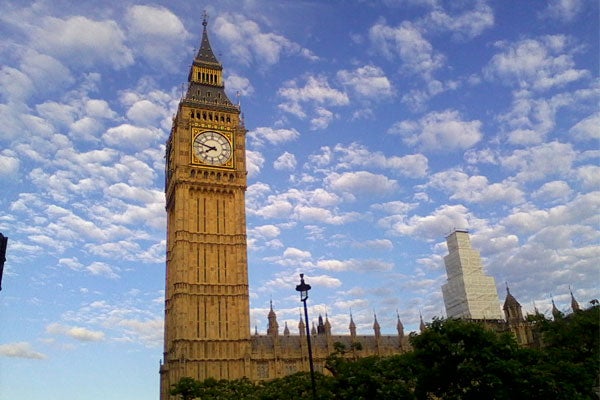 While the £90 Samsung Galaxy Young has a 3.15-megapixel camera, many sub £100 phones are now coming with a 5-megapixel snapper in tow, including the Vodafone Smart 3. This is the only major area where this £50 phone really lags behind its more expensive rivals. What’s more, with many high-end flagship phones, such as the Samsung Galaxy S4, now offering 2-megapixel secondary cameras, the aged nature of the Mini’s camera is further highlighted.