What is the Samsung Galaxy Young?

As its name suggests, it is aimed at the pre-teen, first-time smartphone user who has few demands that will trouble the 1GHz single-core processor. The Young is a very basic phone with a 3-megapixel camera and just 4GB of internal storage.

Having risen to dominate the high-end smartphone sector with the Samsung Galaxy S4, the question now is can Samsung hit similar heights on a budget front? Read on to find out. 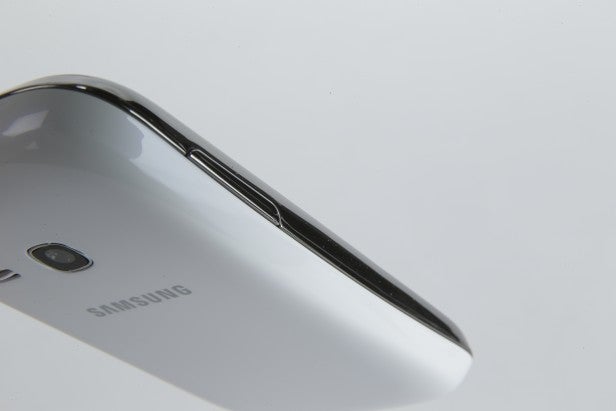 The Samsung Galaxy Young has a design similar to a scaled down Samsung Galaxy S3. It is a squat, bulbous little phone that felt dwarfed by our hand compared to huge smartphones that are so common now.

While its 3.27-inch size is small by modern standards, at 12.5mm thick the Young is a bit of a chunker. Weighing in at 112g, it weighs the same as the far superior iPhone 5 but confines this heft to a much smaller space, giving the impression of being considerably heavier than the Apple offering as a result.

The Young’s slightly curved rear makes it fit marginally more comfortably within the hand than the boxy form of the similarly priced LG Optimus L3, with its rounded edges easier and less invasive to hold. Pleasingly, the Samsung Galaxy Young’s plastic build does not make the phone feel particularly fragile either. 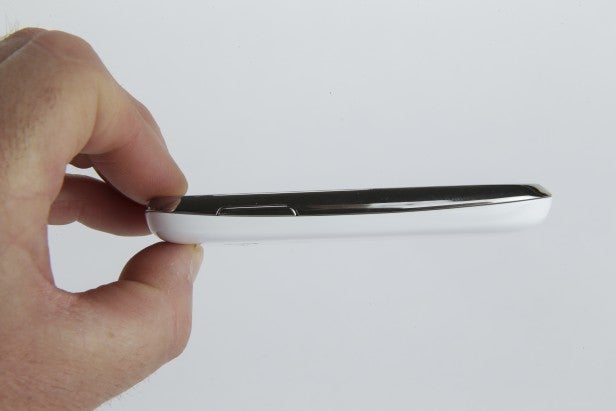 Although the considerable thickness can make the handset feel a little clunky and dense, it also ensures the Young does not bend or flex when put under considerable amounts of pressure. This cannot be said about all budget phones. Still, we wouldn’t fancy its chances against a couple of drops to the pavement.

The design of the Samsung Galaxy Young is by no means the most stylish to on a smartphone, but neither is it particularly abrasive on the eye. Its faux metal band, which is actually silver plastic and encompasses the outer edge of the phone, brings an air of elegance and higher-end appeal to the phone.

The Samsung Galaxy Young is available in white, blue, grey and ‘wine red’ colour schemes, which gives it a bit more character than certain budget phones, including the bland, lifeless black slab that is the Huawei Ascend G510. 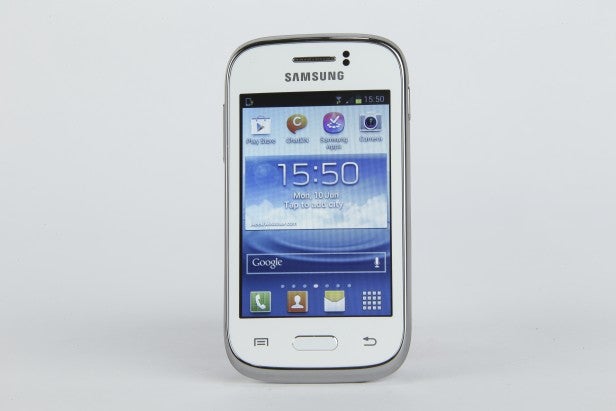 The Samsung Galaxy Young’s screen is far from the handset’s standout feature. Indeed, it’s the same disappointing 480 x 320 pixel LCD screen found on the Samsung Galaxy Fame. Unlike most smartphone screens, which can display 16.7million colours or more, the Young’s screen is limited to just 256,000 colours. That means photos and videos look dull in comparison to even mid-range smartphones – even web pages don’t look good.

The Young’s screen has a slightly improved sharpness (176 pixels-per-inch to 165) than the Fame, thanks to being marginally smaller (3.27-inches to 3.5-inches). But this minor improvement is barely noticeable to the naked eye and, like its more expensive sibling, the Young provides far from defined and sharp content. App icons and text have blocky, pixelated edges and word heavy web pages have a smeared effect.

For the price, however, the Samsung Galaxy Young’s screen is passable. Where the same screen on the £150 Samsung Galaxy Fame felt like a pitiful offering, on a £90 phone it is just about acceptable. It is a fairly middling offering for the budget smartphone market – it’s a small improvement over the LG Optimus L3’s display, but it’s considerably weaker than the 800 x 480 pixel WVGA screen found on the £90 Vodafone Smart 3.

Brightness is a little lacking and viewing angles are pretty poor but, for the large part, responsiveness to touch is satisfactory. The Young’s screen does, however, feature one touch-based irritation. Its antireflective coating makes the screen feel almost greasy. This is a fairly common issue with budget phones and a sign of cheaper components. Not a total deal breaker, it simply creates a sluggish swipe motion on occasion.