The Vivo X60 Pro is slim, light and packs plenty of powerful internals. If the camera lives up to the hype, and the price is right, this could be a good choice.

The Vivo X60 Pro is the latest contender trying to earn a spot as one the best Android devices around. It aims to do this by offering buyers an atypical gimbal stabilisation feature it co-engineered with imaging brand Zeiss.

It’s one of many phones to appear this year with a near sole focus on camera technology. The OnePlus 9 Pro with its Hasselblad-infused camera sits in the same camp.

I’ve had the phone for a few days and while that isn’t enough time for a full review, I do have some first impressions and thoughts about its chances of earning a place as one of the best camera phones.

There is currently no confirmed UK, US or European pricing for the Vivo X60 Pro. Considering this is running a Snapdragon 870 chipset, I would expect this to be priced in the mid-range.

Vivo X60 Pro design and screen – It ticks the boxes

I have to admit that I am starting to feel a little jaded by this type of phone design. The Vivo X60 Pro looks like a whole load of other devices, with a curved front and back along with a shiny, shimmering blue colour scheme.

There’s a fairly small camera module in the corner with the Zeiss branding, a USB-C port on the bottom and, for some reason, the phrase ‘Professional Photography’ stamped across the top. Why? I’m not too sure and it just looks odd. 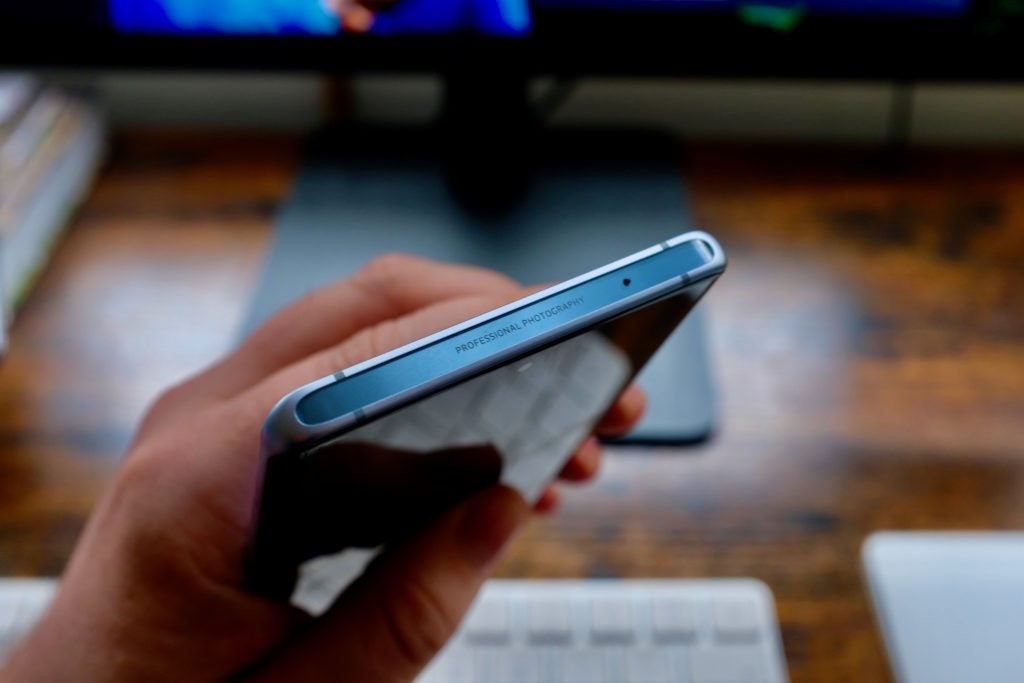 Flip the phone over and the front looks similar to the rest of the Android market. Still, this phone ticks most of the boxes I would look for in a new phone. It has a 120Hz refresh rate for smoother scrolling and a 240Hz response rate for more responsive gaming.

It’s a quality panel too, with Samsung providing the OLED. I’ve only had a short time with the phone but the screen gets bright, seems well-calibrated and the FHD+ resolution is sharp enough at the 6.56-inch size. I have also been impressed with the speed and accuracy of the in-display fingerprint sensor. 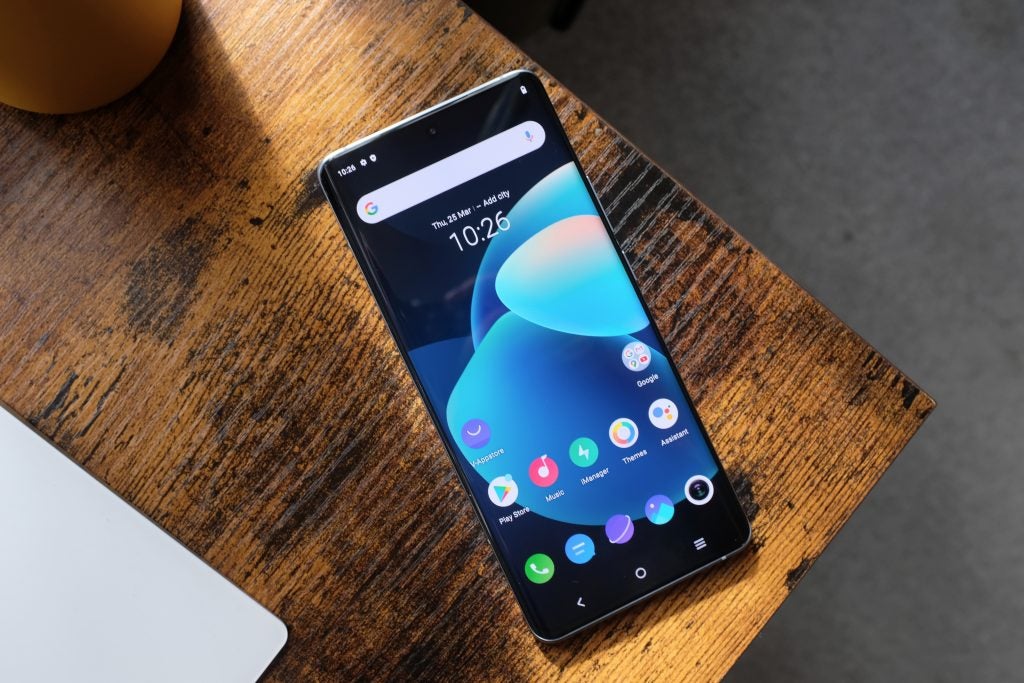 There are some glaring omissions though. I can forgive the lack of expandable storage, but not having an IP rating or support for wireless charging is a real shame.

Vivo X60 Pro specs and software – The Snapdragon 870 is impressive

Last year’s Snapdragon 765G was a constant on many best mid-range phones and I wouldn’t be surprised if the Snapdragon 870 had a similar impact this year.

The 870 is a take on the 865 from 2020. After a few days of use, I’ve found it offers the flagship performance you would expect. This model also has 12GB RAM and a healthy 256GB of internal storage.

I’ve loaded up a few intensive games, Genshin Impact being one, and the performance here is strong. I wasn’t able to get any benchmarking apps working properly, but I would expect scores similar to the Snapdragon 865 and just under the 888 you’ll find the Oppo Find X3 Pro and Xiaomi Mi 11. 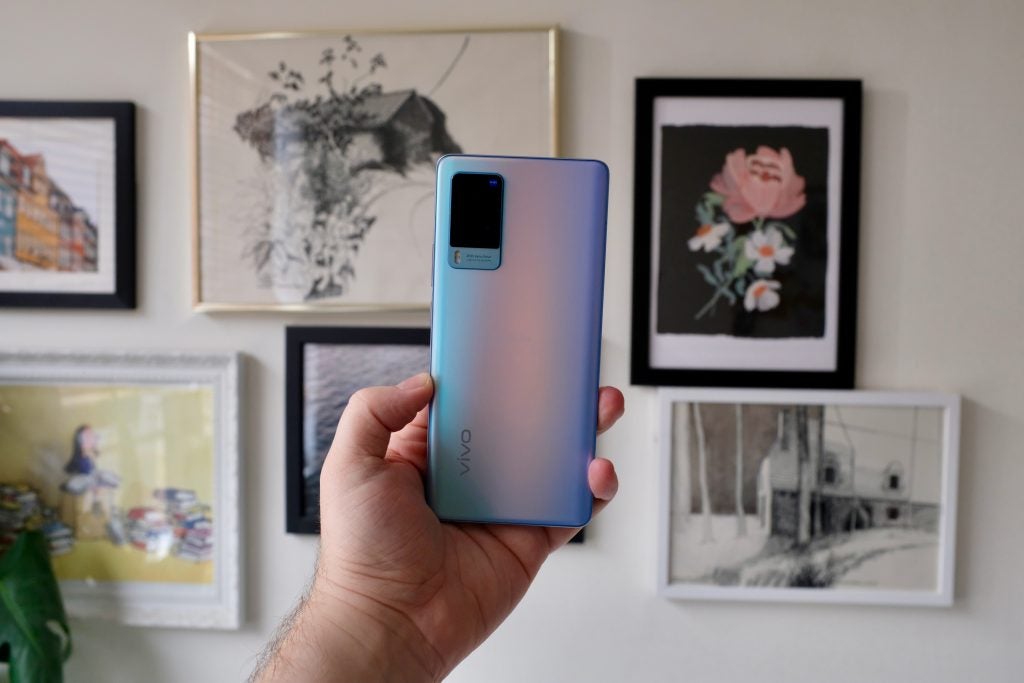 There’s a 4200mAh battery inside and the charging speeds hit a nippy 33w. That’s not the biggest cell around and probably the key reason why this is such a slim and light device. The lack of a variable refresh rate display could also impact the battery as the panel will be running at 120Hz all the time.

The software here is Funtouch OS 11.1 which is built upon Android 11. It’s quite a heavy skin and you have to agree to privacy policies for everything from changing the wallpaper to opening the gallery.

Vivo is going bold with the marketing for the X60 Pro’s camera. We’ve got a ‘Superb Night Camera’ mode, ‘Extreme Night Vision’ and that ‘Professional Photography’ branding on the top. 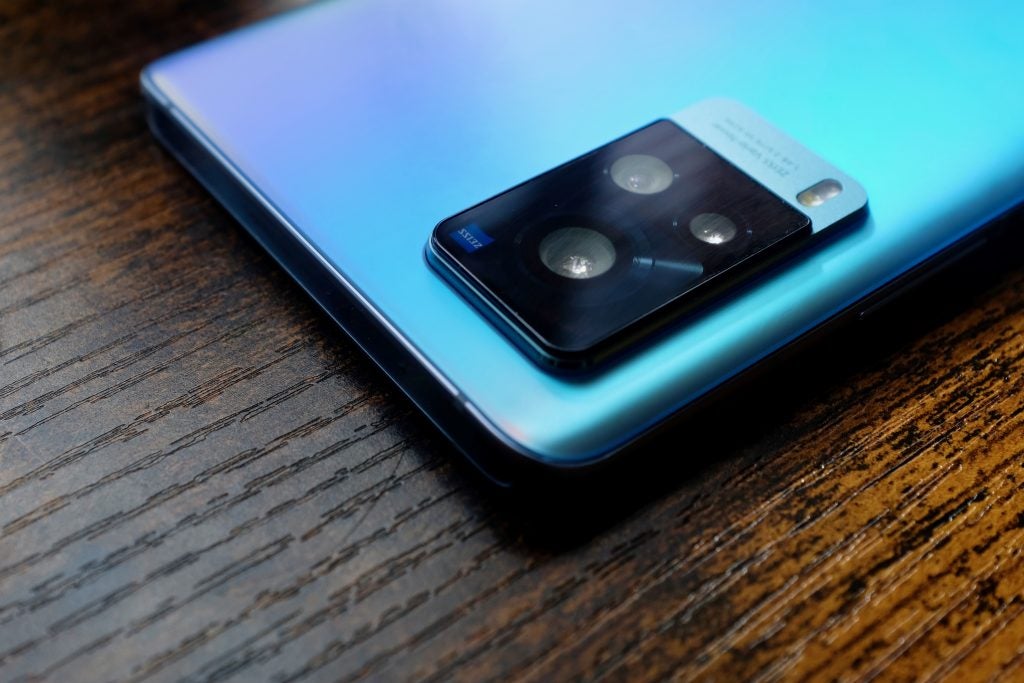 In terms of specs, there’s a main 48MP f/1.48 camera with a 5-axis stabilisation that Vivo is touting again as a gimbal stabilisation system. This gives video a smoother look, especially when you’re on the move, and it should help the photos. Our reviewer was pretty impressed with the Vivo X50 Pro’s camera last year, so this could be more than just hype.

Vivo has also partnered with Zeiss, a German optical manufacturer known for its lenses. Zeiss has had its name on phones before, recently HMD Global’s Nokia brand. Vivo said the imaging system

Along with that main camera there’s a 13MP ultra wide with a 120-degree lens and a 13MP portrait camera. Around the front there’s a 32MP selfie camera.

I’ll save my full thoughts for the full review, but it is clear gimbal stabilisation makes a huge difference – though I can’t say I completely love it. Yes, the footage is very stable and this is good if you’re moving quickly. There is an almost faux-look to video and it takes a while to adjust. If your stabilisation seems off then there’s a handy tool to calibrate it.

The Vivo X60 Pro is slim, light and packs plenty of powerful internals. If the camera lives up to the hype, and the price is right, this could be a good choice.