The Alpha 9 is capable of recording 4K video in the XAVC/S format at 25fps and up to 100MB/s, with a dedicated position on the mode dial that affords full manual control. It’s also possible to record files in a second, lower resolution simultaneously. In addition its S&Q mode allows Full HD recording at rates from 1fps to 100fps – in effect from one-quarter-speed slow motion, up to 8x-speed quick motion.

Microphone and headphone sockets are onboard for getting the best sound quality, which is helpful as I found the built-in mics to be quite susceptible to wind noise. Meanwhile zebra pattern and peaking displays aid judging exposure and focus respectively. Surprisingly, though, Sony has left off its Picture Profile settings and S-log mode, which provides flat output for colour-grading in post-production. 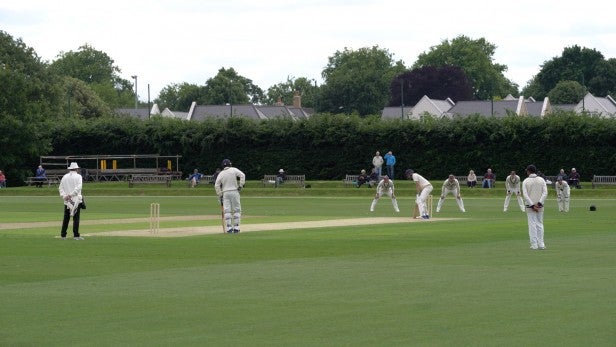 Video is recorded using all of the pixels from a 16:9 segment of the sensor covering its full width, effectively reading 6K of data with no crop of the lens’s field-of-view crop. This is then downsampled to 4K, which gives high-quality, detailed footage with no visible artefacts – you can get an idea of the quality from the frame grab above.

The in-body image stabilisation does a respectable job of smoothing out camera movement when shooting hand-held, although the large sensor means it’s not quite as effective as the systems on the Panasonic Lumix DC-GH5 or Olympus OM-D E-M1 Mark II. Focus can be pulled from one subject to another by repositioning the AF point using the joystick,while tapping the touchscreen engages subject-tracking lock-on AF; both functions work pretty well when using native Sony FE lenses.

With its 24.2MP full-frame sensor the Alpha 9 offers impressive image quality, giving excellent pixel-level sharpness. Compared to the £1250 24.2MP Alpha 7 II it delivers improved high ISO performance, but reduced low-ISO dynamic range. There’s still a lot of scope for lifting shadows in RAW, though; in the example below, the corresponding JPEG was mostly black. 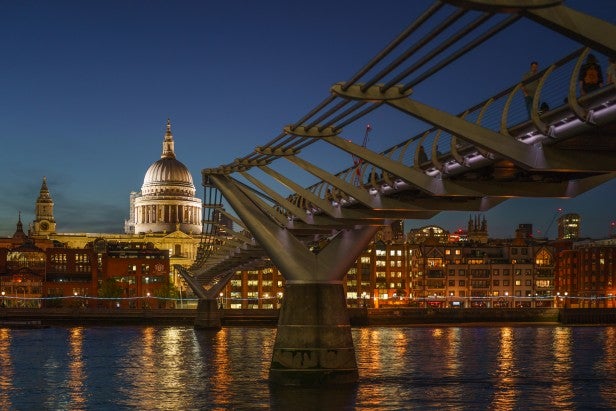 Noise is barely noticeable up to ISO 1600 and images are still eminently usable at ISO 25,600; above this the drop in quality becomes very noticeable, but you’ll still get recognisable images up to ISO 102,400. Unsurprisingly, though, studio and landscape photographers would still be better off with the 42.4MP Alpha 7R II. 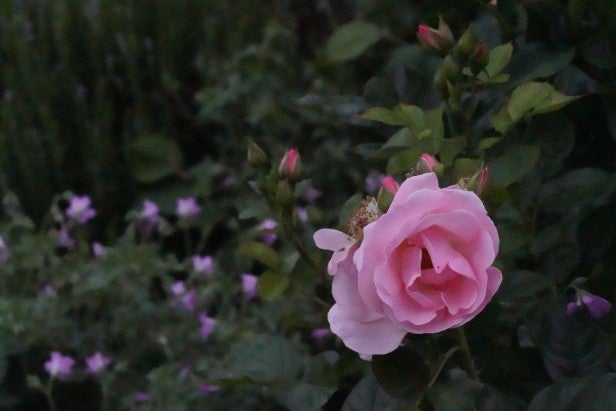 Shot in extremely low light, this is an out-of-camera JPEG at ISO 102,400. The quality isn’t exactly outstanding, if you look closely, but colour retention is extremely impressive at such a high sensitivity.

At low ISOs the Alpha 9 records 3600l/ph in our resolution chart tests. This is a little higher than the Alpha 7 II, and attributable to the new stacked CMOS sensor design. Initially this value holds up well as the ISO is raised, with 3200 l/ph still achieved at ISO 3200, and 2800l/ph recorded at ISO 25,600. Beyond this noise has a more dramatic impact, giving around 2400l/ph at ISO 102,400 and barely 2000l/ph at the top ISO 204,800 setting. Sony’s well-judged sharpening means that JPEGs give just as much resolution as RAW.

Sony Alpha 9, RAW, ISO 50. Multiply the number below the line by 200 for the resolution in lines/picture height

Sony Alpha 9, RAW, ISO 3200. Multiply the number below the line by 200 for the resolution in lines/picture height

Sony Alpha 9, RAW, ISO 25,600. Multiply the number below the line by 200 for the resolution in lines/picture height

Sony Alpha 9, RAW, ISO 204,800. Multiply the number below the line by 200 for the resolution in lines/picture height

Our Image Engineering dynamic range tests give an interesting result, with a maximum 12.4EV range at the camera’s lowest ISO. This is relatively limited for full frame and indicates that there’s less scope for extracting noise-free detail from deep shadows compared to Alpha 7 models. This is the price you pay for the Alpha 9’s blinding speed, and appears to be a similar trade-off to that made by Nikon with the D5. Dynamic range drops off fairly monotonously as the sensitivity is raised, with sub-6EV values above ISO 25,600 indicative of severe noise and detail loss in darker regions of the image. 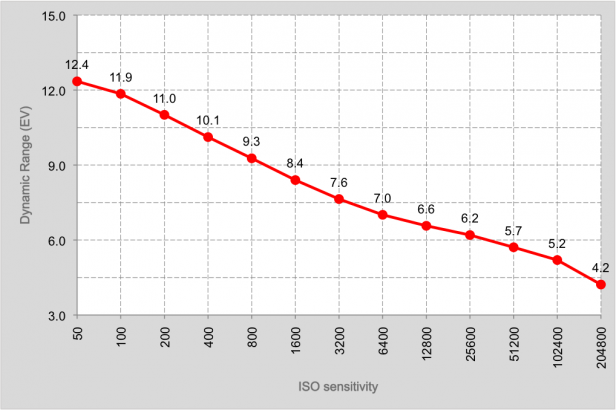 The Alpha 9 gives excellent pixel-level sharpness at low ISO with barely any noise. There’s hardly any visible drop in quality up to ISO1600 – indeed it’s only at ISO 6400 that noise or noise reduction has any significant impact on fine, low-contrast detail. Beyond this detail suffers and colour desaturates, but even ISO 25,600 still gives very respectable colour and detail. Above this image quality deteriorates quite dramatically, and out-of-camera JPEGs become distinctly ‘muddy’ due to watercolour-like noise reduction and limited shadow detail.

You’ll get better results shooting RAW, of course, and with careful processing images shot at ISO 102,400 aren’t completely unusable, especially when you’re looking for a one-off shot that can’t be achieved any other way. The top extended setting is really a step too far, though. 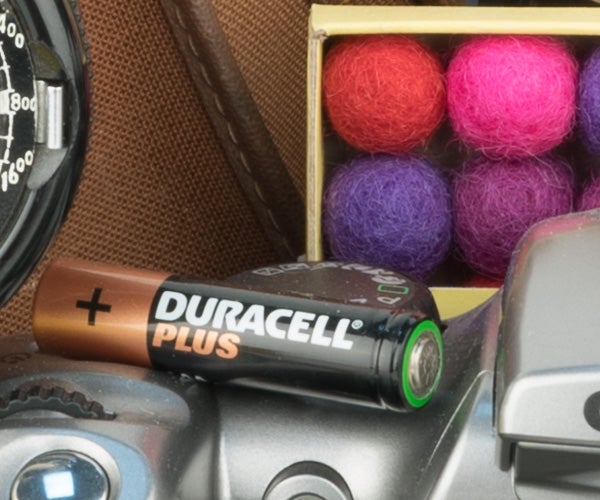 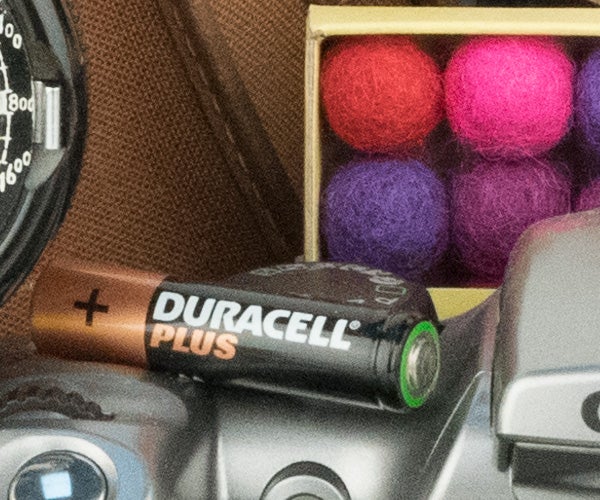 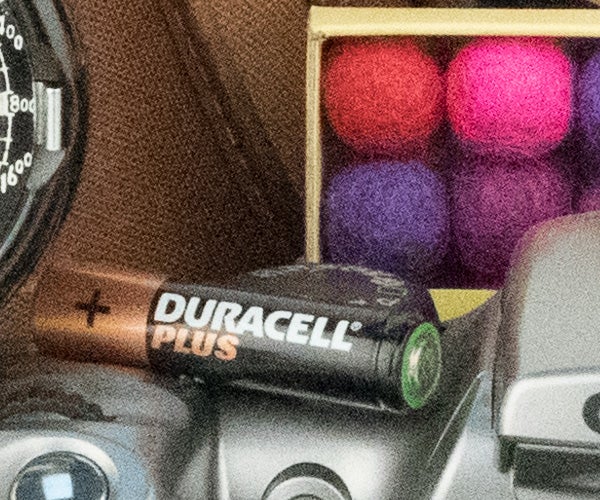 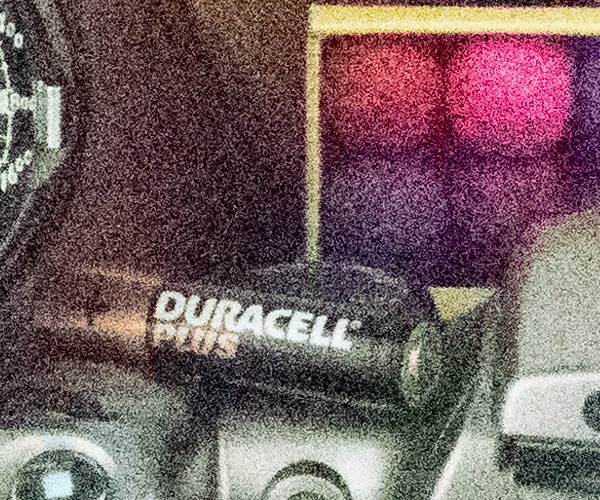 Should I buy the Sony Alpha 9?

With the Alpha 9, Sony has rewritten the rule book regarding what we can expect from a full-frame sports and action camera. It’s small yet handles extremely well, and its combination of superb autofocus, 20fps silent shooting and built-in 5-axis image stabilisation is unmatched by any DSLR.

Where Sony can’t yet compete is in terms of lenses, and particularly the big telephotos normally used with this type of camera – its longest FE telephoto is the 100-400mm f/4.5-5.6 GM OSS. It’s possible to gain many of the A9’s key benefits using adapted Canon EF-mount lenses, but functionality is limited unless you use recent Sigma lenses on its MC-11 adapter.

This means that while the Sony A9 is an astonishing camera, right now it’s almost too far ahead of its own system to achieve its full potential. And there’s little point in buying one if you won’t use its speed; you’ll get much the same image quality from the £1250 Alpha 7 II.

Despite this, if you shoot a lot of sports and action photography, its unique abilities might make it impossible to live without.

An astonishing high-speed mirrorless model that pushes the boundaries for full-frame sports and action cameras.