What is the Sony A9?

The Sony Alpha 9 (or A9 for short) is a high-speed full-frame mirrorless camera that’s designed to go head to head with Canon and Nikon’s flagship professional DSLRs. It’s capable of shooting 24MP images at 20 frames per second while keeping focus on moving subjects, and costs £4500.

When mirrorless cameras first appeared, most manufacturers seemed to think that their niche would be as small, simple alternatives for people who didn’t want to carry a DSLR. Instead it’s become clear that the real demand is for high-end models tailored to the needs of serious photographers. Perhaps the last remaining pillar of DSLR superiority has been autofocus, and specifically the ability to keep track of erratically moving subjects.

But with its new Alpha 9, Sony has produced a camera with remarkable autofocus and continuous shooting that’s specifically designed for high-speed sports and action work.

The Alpha 9’s mind-boggling speed is enabled by an innovative home-grown 24.2-megapixel Exmor RS image sensor. It’s the first full-frame chip to use stacked CMOS technology, with the light-sensitive photodiodes backed by a large amount of RAM and a processor that’s dedicated to autofocus. Together with Sony’s latest Bionz X processor, this allows the A9 to shoot at full speed with no viewfinder blackout, with a huge buffer for 241 compressed RAW frames or 362 JPEGs. 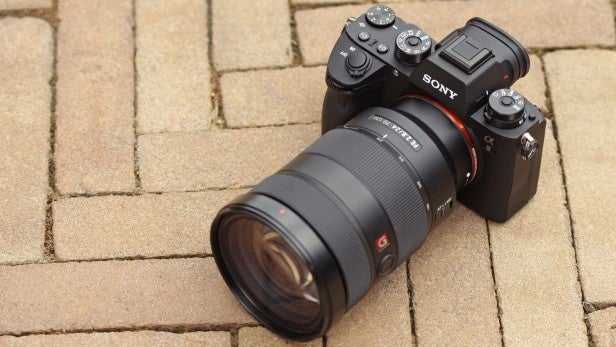 These feats are achieved using a silent electronic shutter that’s designed to be free from rolling shutter distortion effects, while providing speeds up to 1/32,000 sec. There’s also a mechanical shutter onboard offering a maximum speed of 1/8000 sec and 1/250 sec flash sync, but at just 5fps shooting.

To keep up with fast-moving subjects the Alpha 9 employs an on-sensor AF system with 693 phase-detection points arrayed across 93% of the frame, capable of 60 focus- and exposure-tracking calculations per second. This wide-area coverage and sheer density of focus points puts its competitors in the shade. 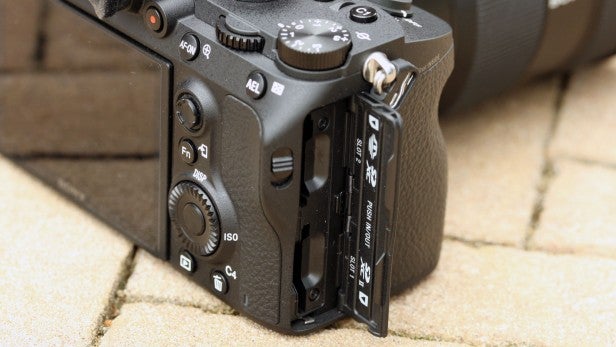 Sony has included twin SD card slots, the lower of which is compatible with the faster UHS-II standard. You can record files to both simultaneously or split by file type, for example sending JPEGs to one and RAWs to the other, or do a similar thing with movies and stills. Perplexingly, though, the camera isn’t capable of using the cards sequentially, and won’t automatically switch to the second when one fills up; instead it just stops shooting.

To keep help keep images blur-free, 5-axis in-body image stabilisation is onboard, which works with practically any lens you can mount on the camera. It also works in concert with Sony’s optically stabilised lenses to give the best overall effect.

4K video recording is included at 3840 x 2160 resolution, with no crop of the lens’s horizontal angle of view. The sensor captures sufficient information for 6K video then downsamples it, which gives sharp, detailed footage.

However, because Sony sees the Alpha 9 primarily as a stills camera, some key video features are missing, such as S-log gamma mode. However the camera does include an easy-to-use Slow and Quick Motion mode that records in Full HD resolution, and is given its own place on the mode dial.

Sony A9 – Build and Design

In terms of design, the Alpha 9 is based on the Alpha 7R II, but adds some significant improvements. It has a slightly deeper handgrip to accommodate a higher-capacity battery, and the button layout has been redesigned.

Sony has finally added a joystick control for selecting the AF point, handily placed within easy reach of your thumb. Alternatively you can now select the focus point by touch when using the LCD, although that’s pretty much all you can do with the newly added touchscreen. There’s also a new dedicated AF-ON button for activating autofocus independently of the shutter release, but its position on the sloping section at the top of the back isn’t ideal. 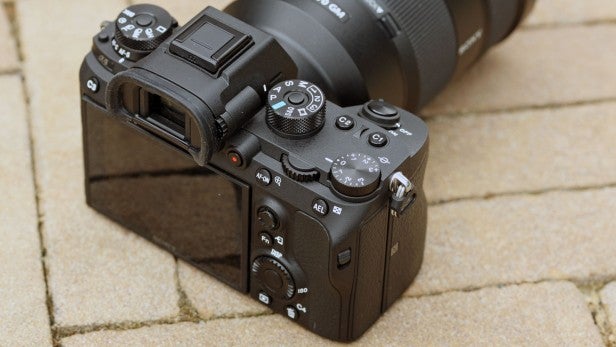 To the left side of the viewfinder on the top plate, a new double-decker dial offers control of the drive settings and AF modes. Both feature locking buttons, as does the exposure mode dial on the other side of the viewfinder. Meanwhile for video shooters the record button has been moved from the outside of the handgrip to a spot just to the right to the EVF. This is much better placed for when you’re using the rear screen, but I found it awkward when shooting with the EVF.

The vertical rear dial is now larger than on the Alpha 7 models and has more distinct clicks, making it much nicer to use. I set it to control ISO directly, which allows all four main exposure parameters to have their own dedicated control without having to press any buttons. Most of the camera’s buttons and dials are customisable, and the onscreen Fn menu can also be adapted to suit the user. Together these changes transform the user experience compared to the fussy Alpha 7R II, making the Alpha 9 a real pleasure to use. 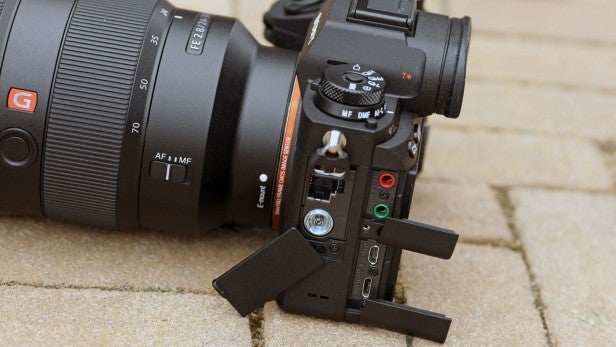 In terms of build quality there’s little to complain about either, with the camera feeling extremely solid. My one concern is that the plastic covers over the various ports are rather thin and don’t particularly inspire confidence in their ability to keep the camera weather-sealed. You can see them in the picture above, opened to reveal the microphone and headphone sockets, USB and HDMI, plus PC flash sync and an RJ-45 Ethernet socket (for pro sports shooters).

Sony has revamped its menus, with all the options now split between five colour-coded tabs. There are 35 screens full of settings that allow you to customise almost any aspect of the camera’s operation, although some have very opaque abbreviations. Crucially, though, you now get a programmable My Menu tab, so can store your most-used items for easy access.

Next
Viewfinder, Autofocus and Performance Review