When TrustedReviews reviewed the Panasonic Lumix GH4, it was the first compact system camera to include 4K video capture at a time when 4K displays weren’t particularly prevalent. Nowadays, that’s changed and 4K/Ultra HD televisions are far more readily available – and at a price that doesn’t require you to take out a second mortgage.

Not surprisingly then, 4K once again plays a big part with the updated Lumix GH5. It’s worth immediately noting that the Lumix GH4 isn’t going anywhere; the new model merely acts as a high-end alternative for existing owners.

Panasonic says it’s targeting a new type of “hybrid photographer” with the GH5; a combination of skilled amateur photographer and pro videographer. As such, you won’t be surprised to discover that both still image and video capture performance sees improvements.

First, there’s an upgraded 20.3-megapixel sensor without a low-pass filter, the latter of which will appeal to landscape photographers. A low-pass filter is typically there to take care of moiré patterning by introducing some anti-aliasing (softening of edges), but this was at a cost of detail capture. 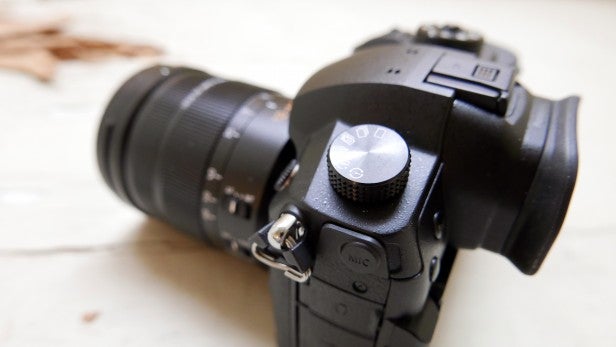 Panasonic is making some bold claims about its new sensor, stating that it will have the highest image quality from a Lumix camera ever.

The camera body will also support 5-axis dual IS, which can work in tandem with the image stabilisation built into specific compatible lenses. This means the body and lens IS can work together, which should offer some big improvements on the telephoto end.

Image processing has also been upgraded and is now 1.66x faster than the GH4. A spring drive shutter has been introduced to reduce shock to the camera body through a floating construction, which also happens to be quieter.

On the video front, the Lumix GH5 is capable of recording 4K at 60fps. The big deal is that the GH5 will also support unlimited recording time, much like the upgraded GH4R and there’s full pixel read-out. The autofocus speed has been bolstered, now topping out at 0.05 seconds, up from the 0.07 seconds of the GH4.

There’s 4:2:2 10-bit HDR as well – perfect if you have a new HDR TV to take advantage of the more vivid colours. Of course, this being Panasonic, 4K photo makes a return. This is the ability to nab an 8-megapixel still image from 4K video. Don’t forget that the camera is able to record at 60fps, making it far more viable to grab still images of tricky subjects. There’s even a 6K at 30fps option, which amounts to 16-megapixel still images.

As for the camera body, this remains a splash-, dust- and freeze-proof magnesium alloy construction. It felt great in my hands – nicely weighted and balanced and definitely robust. 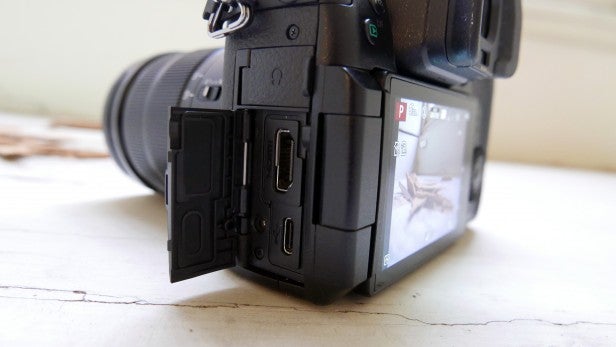 Panasonic has packed in dual SD slots that can be used as backup, or set to write to one card after another. Bluetooth and Wi-Fi are included to use with Panasonic’s companion apps.

Listening to user feedback from videographers, Panasonic now uses a full-size Type-A HDMI output for connecting to an external monitor. In addition, there’s a locking mechanism to ensure it doesn’t become disconnected. This is joined by an XLR microphone connection. 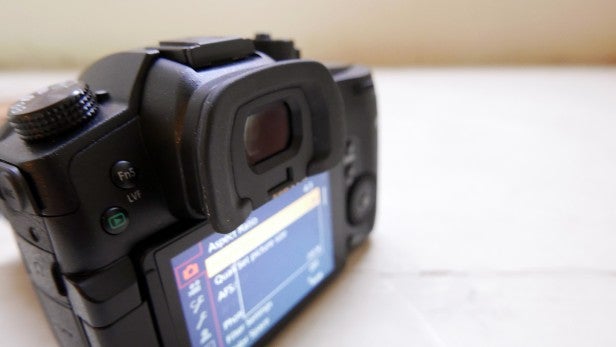 While the EVF on the GH4 was no slouch, a new viewfinder now packs in 3.6 million dots into an OLED display.

Having given this a go, it’s definitely an excellent quality viewfinder that might even appease those averse to electronic viewfinders. The touchscreen display on the back has been upgraded as well, and is now 1.6 million dots. As before, it’s articulating, which will be handy for those low-angle, shoot from the hip scenarios. 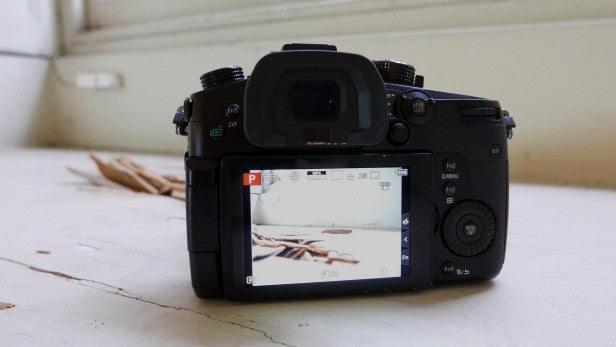 Unfortunately, at the unveiling of the GH5 I was unable to really put the camera through its paces, nor grab any images from it. From the little time I spent with it, it certainly felt like an evolution of the GH4.

Based on the improvements, the new Lumix GH5 is a tantalising prospect for those who want the best of both worlds. Whether it will be worth upgrading from a GH4 will be a more difficult one to answer.

Be sure to check back nearer the time for a full review of Panasonic’s hybrid mirrorless wonder.