Sony A9 – Viewfinder and Screen

With a 3.68-million-dot resolution and 0.77x magnification, the A9’s viewfinder has one of the highest specifications on the market. It’s bright and clear, and easy to see into the corners even if you wear glasses. However the live-view feed doesn’t quite do justice to the panel resolution, and aliasing artefacts can often be seen in areas of fine detail. 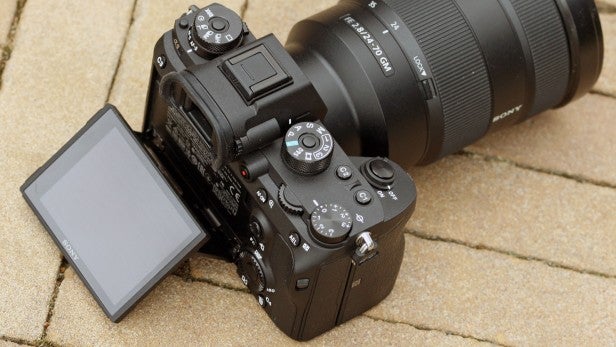 The LCD is much the same as used in the Alpha 7 series, and its ability to tilt up or down is a real advantage for low- or high-level shooting, although it’s still not quite as versatile as a fully articulated screen. By default the display brightness is quite low, though, so you’ll need to turn it up on sunny days.

Given the Alpha 9’s aim of competing with pro DSLRs, a lot rests on its autofocus system. Fortunately, this is just as remarkable in practice as its specs suggest on paper. It can focus on a subject practically anywhere in the frame, and use subject recognition to track it as it moves around. Indeed, it’s mesmeric to watch the little green AF points light up and track across the viewfinder as the camera keeps a subject in its sights. This allows you to shoot sequences of frames and pick your favourite, confident that it will be in focus, as I did with the below shot of a Westland Lysander. 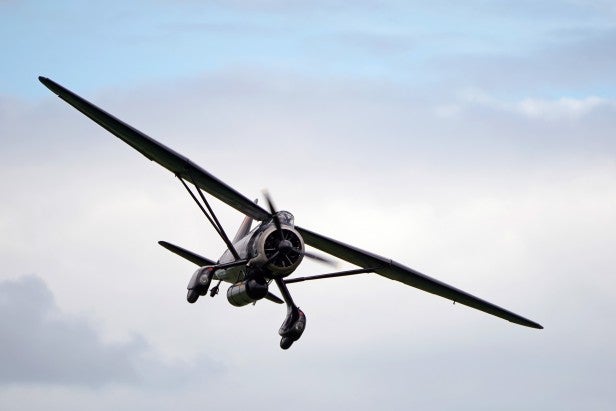 Users can choose between allowing the camera to select the focus point itself, which with moving subjects it does uncannily well, and there’s also a centre lock-on AF mode in which the camera will attempt to track a specified subject based on its size and colour. Alternatively you can select the focus point manually. But in one of the camera’s few operational missteps, the AF area isn’t highlighted in the viewfinder when you move it using the joystick, but instead drawn in a near-invisible grey.

This is especially strange as the AF point is highlighted in orange when positioned by touch, as you can see below, but this is usually invisible beneath your finger. Hopefully Sony will soon fix this behaviour with a firmware update. Face detection is also available for portraits, with the option to lock focus on your subject’s eye. 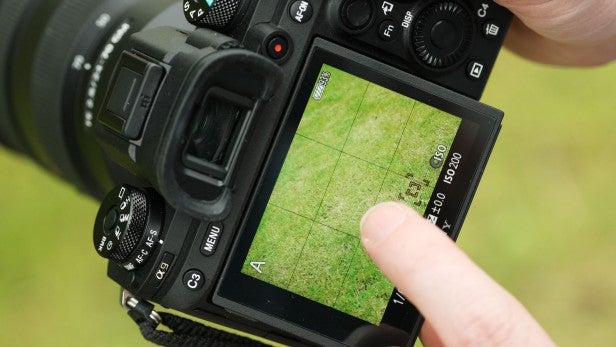 I first tested continuous AF by photographing trains with the Sony FE 70-200mm F2.8 GM OSS lens, and the camera did an exceptional job, keeping them in sharp focus while shooting long bursts at 20fps with the lens set to f/2.8. It only occasionally faltered when they were moving quickly away from the camera, giving a few frames that were a little less than pin-sharp – but this is a scenario in which DSLRs usually struggle too.

Shooting fast-flying vintage fighter planes at the Shuttleworth Fly Navy day, I had to switch to using a Canon-mount Sigma 150-600mm f/4.5-6.3 DG OS HSM Sport lens with the Sigma MC-11 adapter to get enough reach. Set to AF-C and wide-area AF, the Alpha 9 was able to pick out planes as tiny dots in the distance and focus on them in the blink of an eye, then keep them sharp as they closed in on the camera, as with this Hawker Sea Hurricane below. 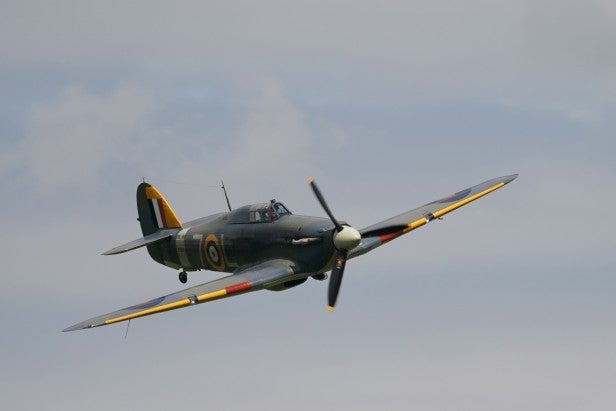 Indeed I found that continuous AF worked practically as well as with the native 70-200mm, giving an excellent proportion of keepers while achieving real-world speeds of 12-17fps. It didn’t always keep the subject in absolutely pin-sharp focus during extended bursts, but even so, out of the thousands of images I took, only a handful were unusably out of focus.

To shoot at 20fps, the Alpha 9 uses a fully electronic shutter. Ordinarily this would come with a risk of image distortion artefacts or banding under artificial light, as there’s usually a delay of 1/60 sec or more between the top and bottom of the frame being exposed, regardless of the shutter speed used. But Sony has developed a high-speed readout system that reduces this time considerably, meaning the rolling-shutter effect is all but eliminated.

This marks the A9 out from other super-fast mirrorless models, and I only saw image distortion in really extreme circumstances, such as the propeller of the Avro Tutor in the image below, which has bent slightly. Bear in mind that this is a very fast-moving object covering most of the frame height. 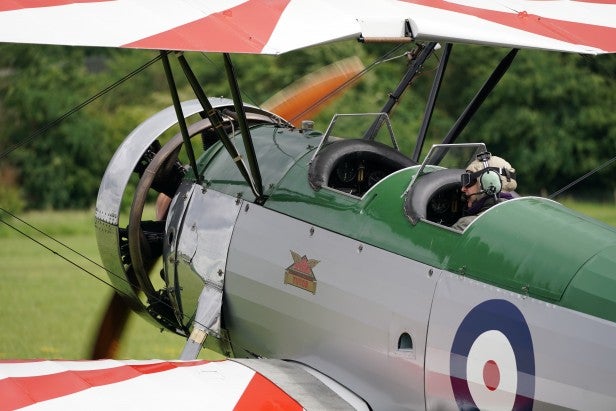 The electronic shutter comes with no viewfinder blackout, which makes panning with moving subjects a breeze, but Sony has provided useful visual feedback by making the AF area frame flicker while you’re shooting.

It’s also possible to turn on a shutter sound when you don’t need the camera to be silent. By default the camera will switch automatically between the electronic and mechanical shutter depending upon which is more appropriate for the conditions, but you can also specify this manually.

To say the Alpha 9 performs well in normal use would be a massive understatement. It’s an exceptional camera that’s astoundingly quick and delivers superb results time after time. It has all the usual advantages of mirrorless, giving an accurate preview of how your images will turn out so you can confidently adjust exposure or white balance before even releasing the shutter.

Compared to the pro DSLRs it competes against it’s considerably smaller without sacrificing usability, and it works just as well using the rear screen as with the viewfinder, which makes the Nikon D5 in particular look like a dinosaur.

In the image above, the camera was able to capture the precise moments that the ball caught the edge of the bat, and the ensuing catch being taken. Despite this taking place inside a fraction of a second, Sony A9 recorded 11 frames in between.

It does have its quirks, though. For example, if you want to switch between SD cards for playback, you have to dive deep into the menus. The camera also refuses to let you access its menus when it’s recording to card, which for a full burst of fine JPEGs can take up to a minute with a fast UHS-II card – however, you can still keep on shooting and change other settings quite happily. Recording uncompressed RAWs reduces both the shooting rate and the buffer by about a half.

This kind of camera needs to produce good-quality JPEG output, and for the most part the Alpha 9 delivers. Indeed in typical Sony fashion, fine-detail rendition and high-ISO noise reduction are both very impressive, while colour reproduction is very neutral and accurate. However, auto white balance is biased towards a distinctly cool tone, which means that out-of-camera JPEGs are not quite as attractive as those from some competitors. 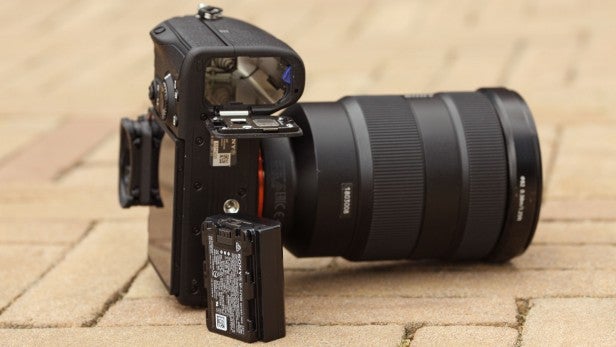 Mirrorless cameras have a bad reputation for battery life, and on the face of it the Sony A9’s CIPA-standard rating of 480 shots per charge is far behind pro DSLRs. But when shooting bursts it will manage many, many more than that, and its endurance can easily extend to thousands of frames. At a Kent vs Surrey 2nd XI cricket match, I shot 1800 frames and still had 75% battery remaining.

The battery can also be kept topped up over USB, even while you’re shooting, which means the camera can keep going practically indefinitely when wired to an external powerbank – I managed over 7000 frames in a single session this way. For anyone used to obsessively power-managing a Sony A7R II, it’s a revelation.

The camera’s speed and stamina does mean that you’ll need to invest in large, fast cards – during my intensive testing I shot almost 10,000 images taking up nearly 100GB, and much of that time I was shooting JPEG only. You’ll also need lots of time and patience to pick out your best shots – Sony really needs to add a way of rating favourites in-camera, as you can with other high-speed cameras.