Urbanista’s striking Miami headphones hit the right notes with their focused ANC performance, feature set and good audio quality. Their sound does display a bass-heavy quality and there are a few issues with the design, but aside from that the Miami are enjoyable headphones for the casual, lifestyle market.

Urbanista’s Miami ANC headphones see the Scandinavian brand head to the sunshine state for inspiration. These are budget units with a battery life that puts premium cans to shame.

With the affordable and rather good London ANC earbuds in its back pocket, Urbanista is back with more budget goodness – and with Miami-inspired colours, these cans have prime appeal in the casual headphones market. So, are you going to (buy) Miami?

Considering the either/or black and white aesthetic of most headphones, the vibrancy of the Miami cans is more than welcome – the Ruby Red and Teal Green are guaranteed to get glances on a street.

There’s the DNA of Urbanista’s New York headphones in the Miami, with protruding ear cups and thick padding adding comfort and isolation. The headband is sturdy with a comfortable underside, and the clamping force is loose enough not to cause problems – but it’s the padding on the ear cups that caused a couple of issues for me. 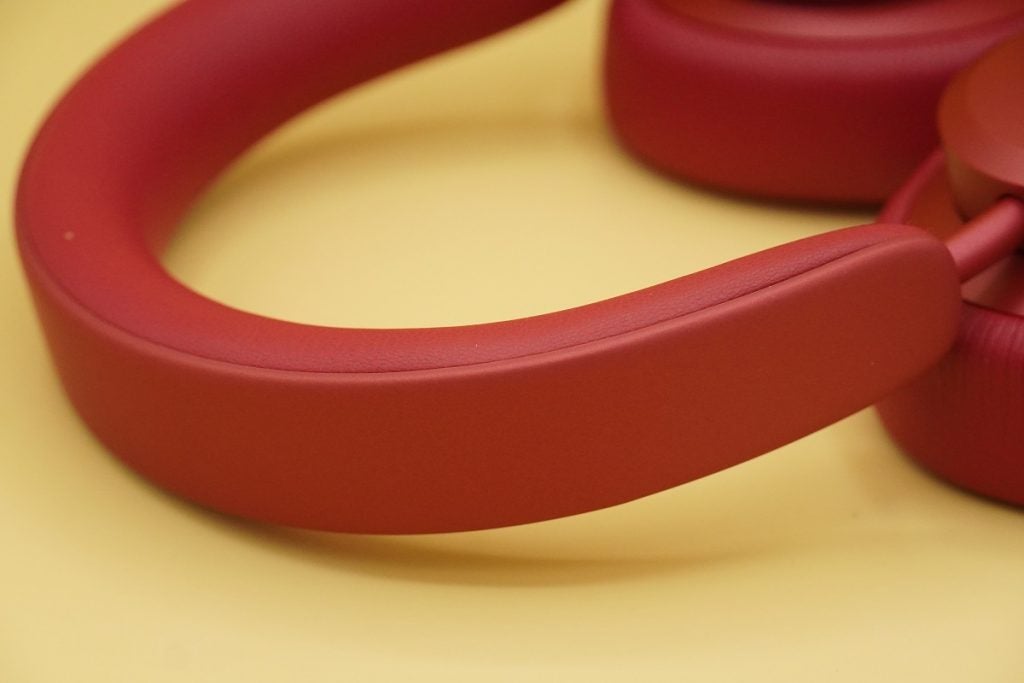 The way in which they fit over the ears results in itchiness after prolonged wear, requiring adjustment every so often to alleviate that slight irritation.

The Miami have physical buttons on the right ear cup, combining a multi-function control (MFC) button with volume controls (which also double for track skipping). On the left is a button for ANC/Ambient Sound modes, but it’s with the MFC buttons that the headphones make a second misstep.

Urbanista has placed ridges between the MFC and volume controls in order for you to be able to determine the difference, but it doesn’t work well. The number of times I’ve aimed for the play button only to press volume up is too many to count. Raising the multi-function button above the others would have done the job instead of the slight fumble the button arrangement causes.

Still, the Miami look great and they come with a hard carry case for travel should you need it. The headphones swivel flat but aren’t collapsible, and that adds a bit of bulkiness – but, if you’re like me, they’ll be hanging around your neck anyway. The Miami score highly for appearance, then; less so for that button arrangement. 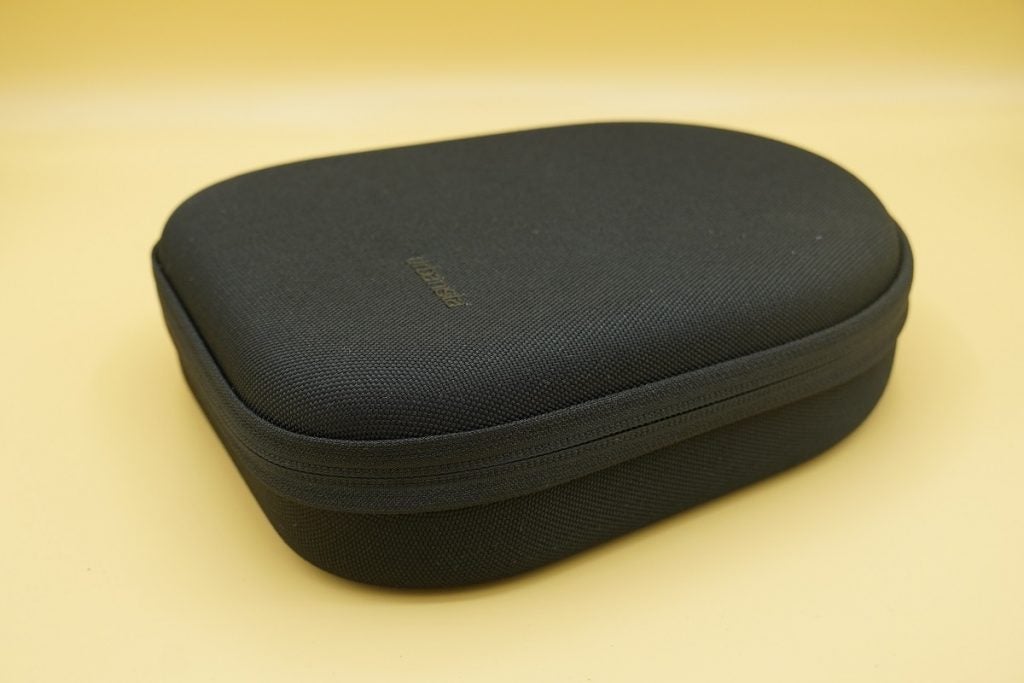 A pair of ANC headphones for less than £150 isn’t something I’ve seen often, and an ANC headphone with 50 hours of battery is rarer still.

If you’re coming to the Miami expecting comprehensive noise cancelling, however, I’d say buck those expectations a bit. Urbanista has made a choice – a wise one, I’d say – in focusing on suppressing low-frequency sounds. 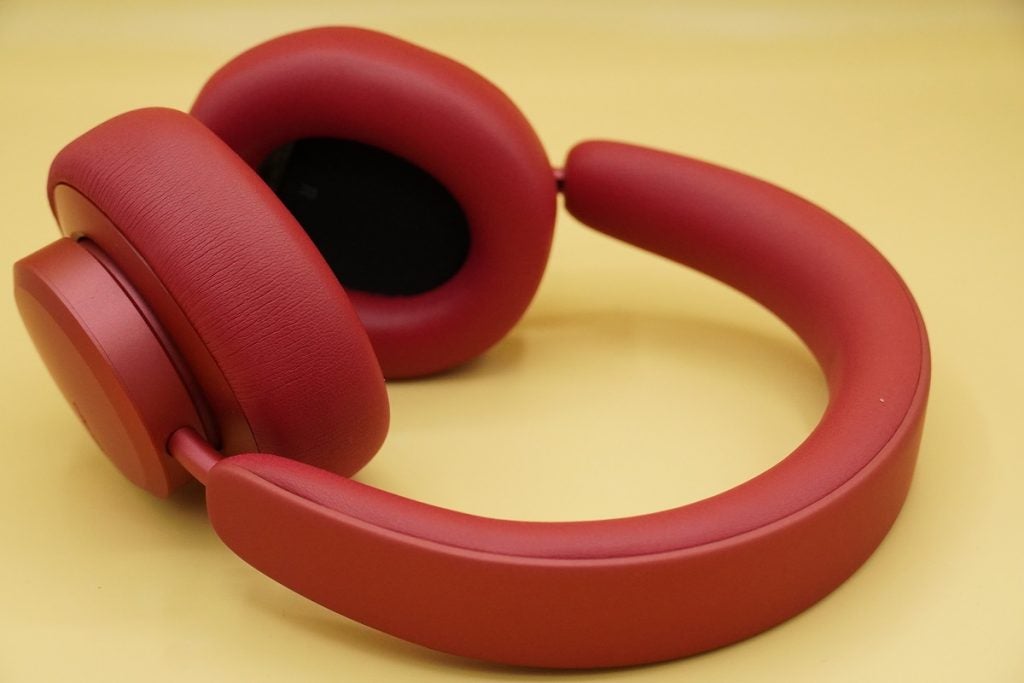 The rumble of buses, Chinook helicopters (yes, Chinooks) and even 18-wheel trucks are subdued. And given those sounds can often bring you out of the isolation you’re in, I think Urbanista has made the right call. Noise cancelling reduces the impact of mid- and high-frequency sounds, but they still filter through on walks and in busy areas. I imagine some will be disappointed, but the focus of Miami headphones’ ANC performance does make them more effective than most at this price.

An Ambient Sound mode allows noise through for greater situational awareness and, like the London true wireless earbuds, it does so without greatly altering the tone of audio playback.

Forty hours of playback with ANC is generous (50, with it off), and that outlasts most similarly priced efforts and even premium options. To put that into context, battery life is two times that of the AirPods Max, and the Miami are considerably less expensive. I’ve used them for weeks and I’m still yet to charge them. The battery life and ANC performance are down to the BES Technic Bluetooth/ANC chipset that, like the London, seems to be performing miracles in terms of battery efficiency. 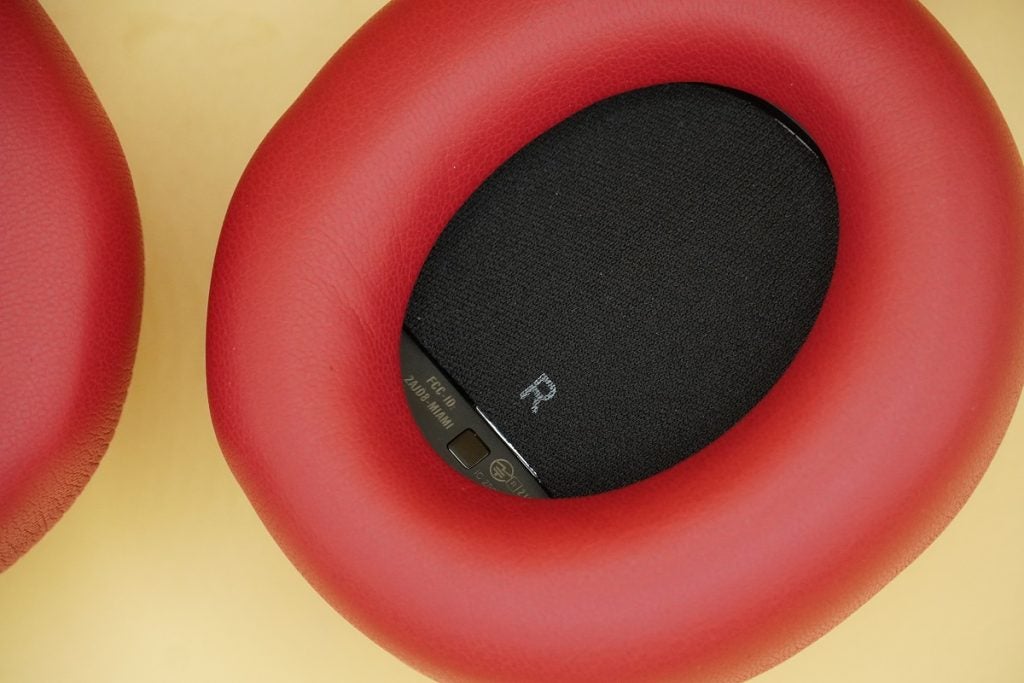 Note that there’s no companion app, but from what Urbanista has told me, there could be one in the near-future. Some folk aren’t fans of ear-detection functionality – the feature where playback stops when the headphones are lifted off and starts again when placed back on the ears. When it works I find it useful, and it works well with the Miami and proved useful, especially considering the aforementioned issues with button placement.

There’s no aptX given the BES Technic chip, so it’s only SBC and AAC playback. Bluetooth connectivity is 5.0, while support for Google/Siri (or whichever) assistant is available on the device through a double-tap of the MFC button. To be frank, for £130 these features and the standard of them is nothing short of impressive.

So the Miami look good and come with impressive features – but how do they sound? Given the price, the Miami headphones are no slouch, although they’ve gone down a particular route.

There’s a deliberate bass-heavy tone to the Miami’s output, and like the ANC, it’s a decision I’d wager that some may not warm to. It gives the Miami a very weighty, thick character –and if bass is what you’re after, then the Miami are here to oblige. 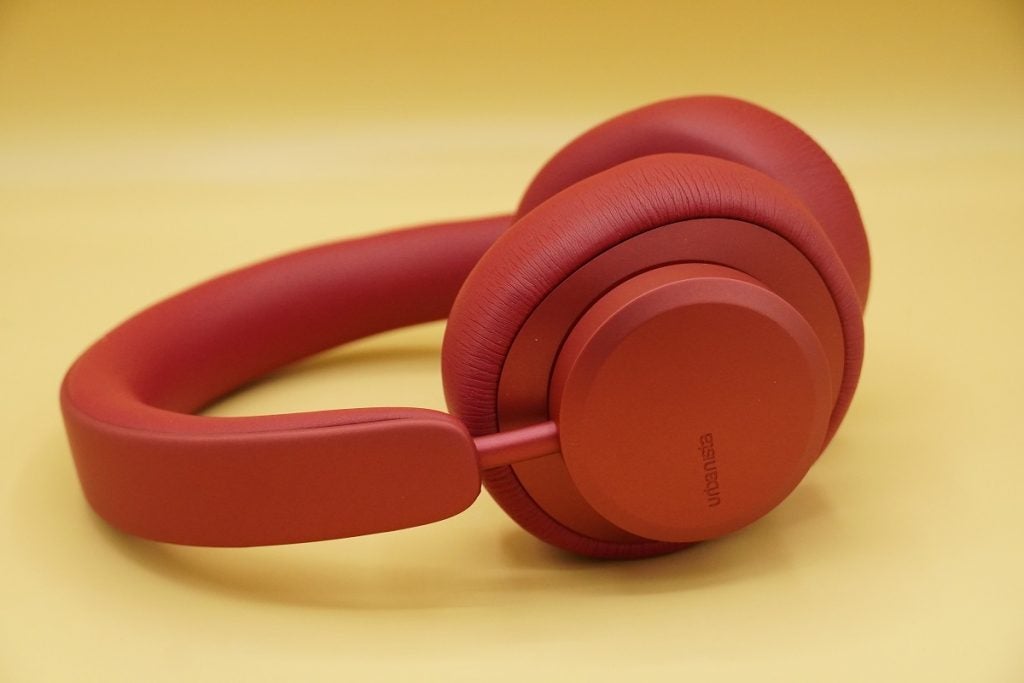 Give it N.E.R.D’s Lapdance or Daft Punk’s Crescendolls and the words ‘beefy’, ‘punchy’ and ‘big’ would accurately describe the Miami’s low-frequency performance. It’s not all at the expense of detail in the mid-range – vocals aren’t obscured – but when that bass comes into effect, it’s hard to ignore its presence.

Play something less bassy, such as Singapore Orchestra’s rendition of Danzon no.2, and the Miami capably extract detail from the strings section of the track. You can hear all the individual string players, rather than the sound being clumped together in some formless, undefined blob to which some cheaper headphones are susceptible.

There’s a solid sense of dynamism – perhaps not the most dramatic – and there’s a convincing sense of highs and lows, as well as energy, to the Miami sound. These headphones sound big – but, contradictorily, they sound a little compact partly due the emphasis on bass. 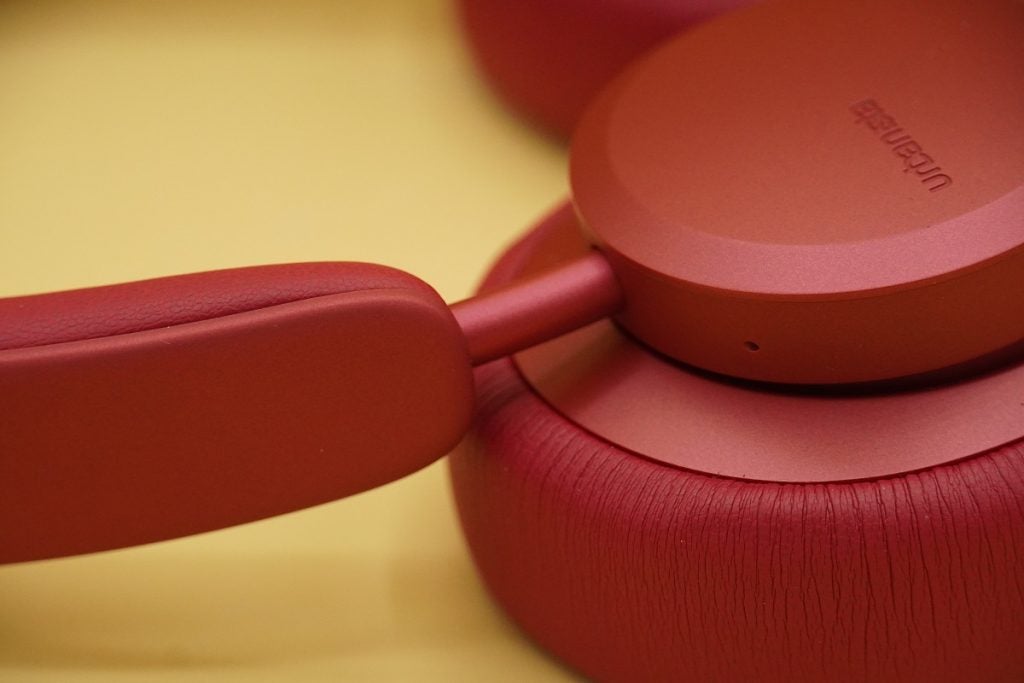 So while the tonal balance isn’t there, the Miami have an infectious sense of energy that rivals the city it’s inspired by. Vocals are smoothly defined, avoiding sibilant tones and the top-end is defined if lacking in shine – although the Miami put in a good shift. There’s good consistency between the different modes, too, with ANC faring best and Ambient Sound a little less cohesive.

Compared to the Sennheiser HD 450BT, these Urbanista headphones display more power, bigger bass and a more emphatic sound. There are times where there isn’t much separation between the mid-range performance of the two, but I’d give it to the Miami, especially if you’re looking for a bolder, more impactful presentation.

Although the Miami lack the fidelity of premium headphones, casual listeners looking for a bassy tone and lots of energy will be hooked in. To paraphrase Will Smith’s 1997 hit, these Miamis are bringing plenty of heat. 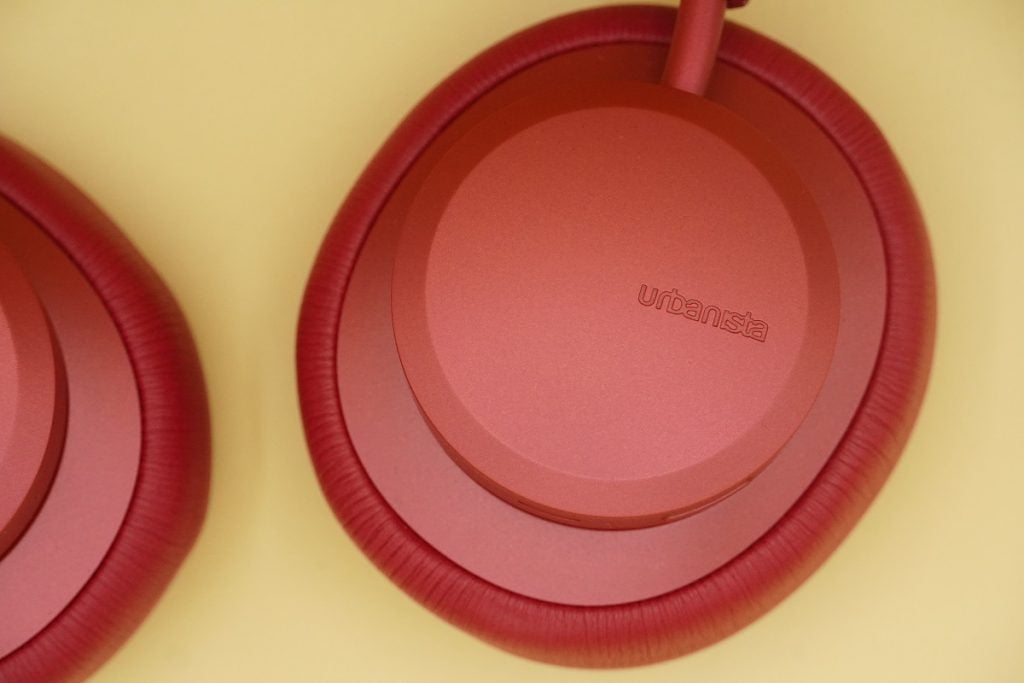 Viewed as headphones for the casual market, there’s plenty to like about the Miami headphones. From their striking looks, effective noise cancelling (from a certain point of view), long battery life and enjoyable sound, the Miami hit the right notes. If your taste is more audiophile, look further up in price.

You should buy the Urbanista Miami if…

You should not buy the Urbanista Miami if…