The HD 450BT aren't the flashiest pair of headphones, and if you went further up in price there are headphones with a better sense of fine detail, space and clarity. But if south of £200 is where your budget takes you, there’s not a whole lot to dislike about what the Sennheiser HD 450BT do here

Smart-looking and featuring noise-cancelling technology, the HD 450BT sits above the budget-priced HD 350BT. While it lacks the feature list of pricier efforts such as Sennheiser’s own Momentum Wireless, they are a travel-friendly pair of headphones, tailor-made for those who don’t want to spend a bundle of cash on a pair of noise-cancellers.

Available in both black and white finishes (the latter reviewed here), the Sennheiser HD 450BT’s understated appearance lacks flair, but its minimalist approach still makes for a good-looking pair of over-ears (or as Sennheiser labels them, around-ears).

It shares the same look as the HD 4.40BT, with the black version ditching the silver trims. Out of the two, the white version is the more striking, but is more prone to picking up dirt. Build is best described as practical, with the HD 450BT’s earcups and headband made out of plastic. 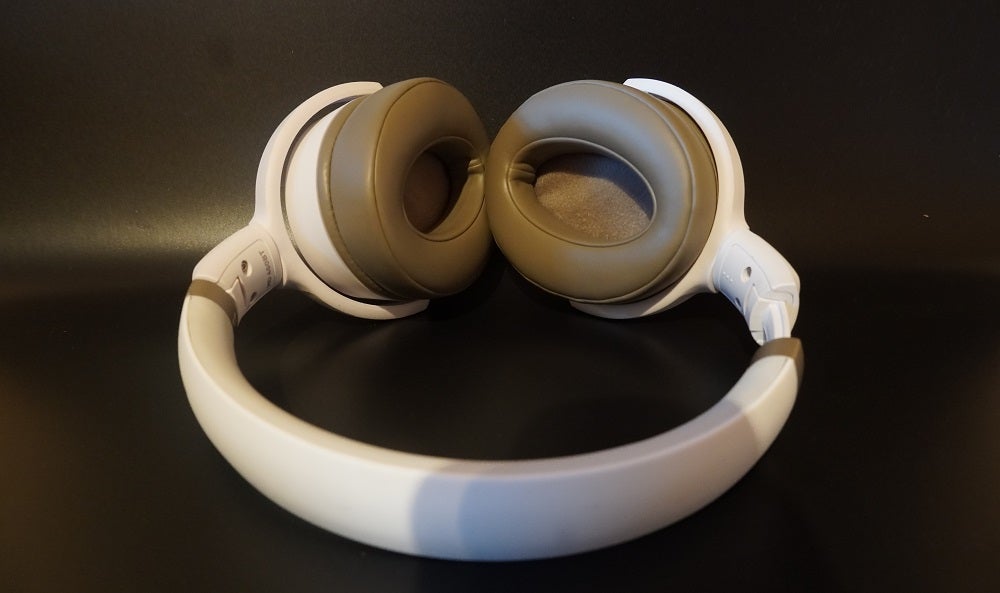 One of the benefits of plastic materials is that the HD 450BT only weighs 238g, while the clamping force is tight enough without becoming uncomfortable, and the ear cushions don’t become overly warm with use.

That said, the space afforded to your ears in the cushion is not the biggest. It means those with bigger ears (such as myself) can experience a level of discomfort during longer sessions. 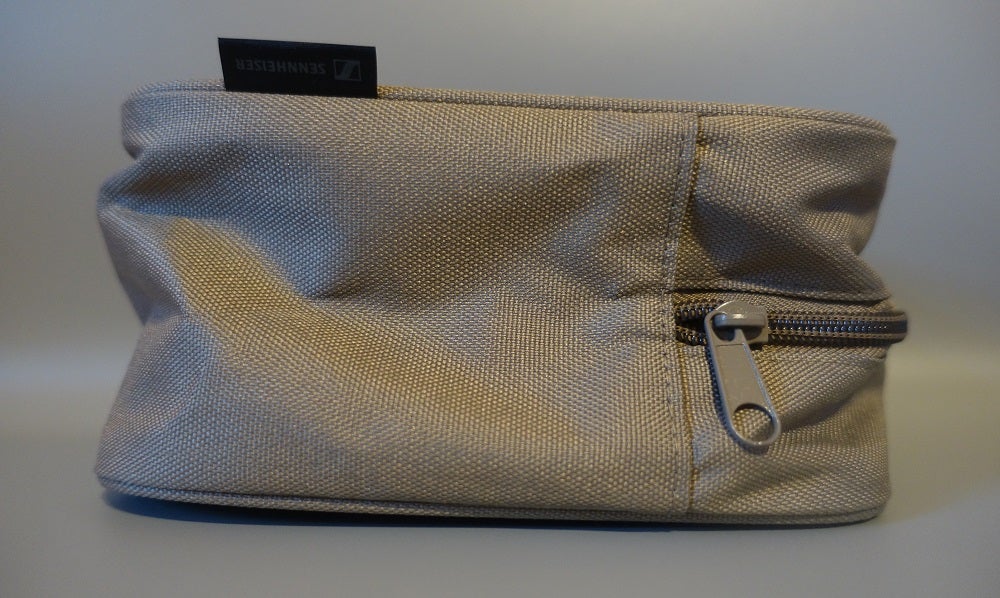 Aside from that, the HD 450BT are well suited to portable use. They can be folded up inwards for travel, which makes them easier to store in the nice little travel bag they come with. The bag also has a pouch for the 3.5mm and USB-C cable.

The Sennheiser HD 450BT opts for physical buttons over touch controls, all of which are on the right earcup. They’re not labelled, but the closest to the hinge on the right earcup is the power button which performs double duty as the ANC button. That’s followed by the volume, multi-function playback tool (which also serves as the interface for accepting/rejecting calls), and a voice assistant button. The USB-C charging port and 3.5mm jack are also located here.

The Sennheiser HD 450BT pack ANC in Sennheiser’s proprietary NoiseGuard noise-cancellation. The noise cancelling does not have as much clout as a Sony WH-1000XM3 or Cleer FLOW II, but these alternatives cost £250 and above.

ANC is activated by a tap of the power button. There’s no chime or notification, so you’ll have to listen out for a slight pause to know it’s on. Turn the headphones off with ANC on, and the next time they power up ANC should already be activated. 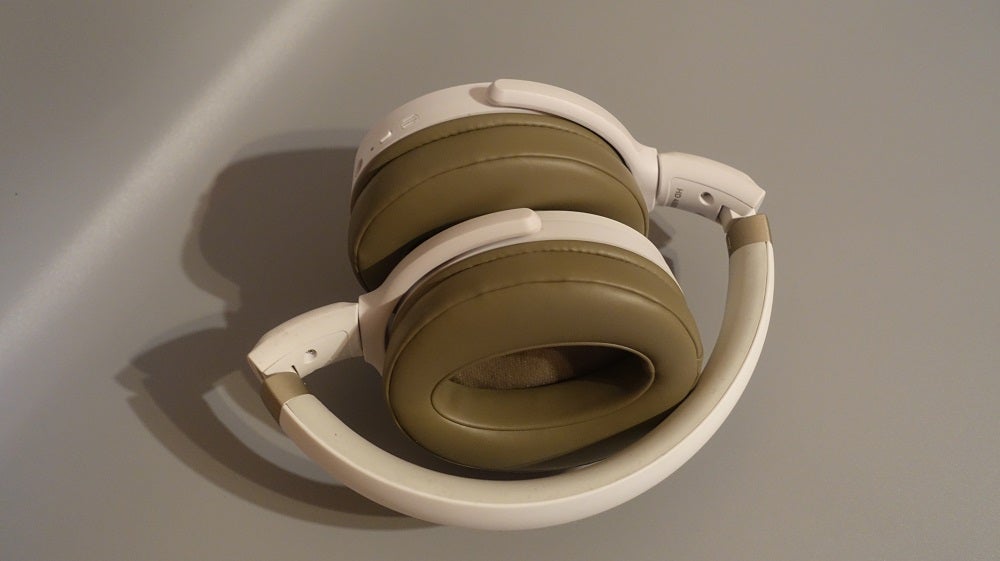 Unlike other headphones, the HD 450BT doesn’t offer degrees of noise-cancelling. It’s a one-size fits all solution, and the performance is respectable enough to dim nearby noise and works fine to neuter conversations, as well as diminish the hum of general environments.

Where ANC struggles is dealing with high pitched (as expected) and sharp noises, as well as loud repetitive ones – transport announcements, babies and building works tend to pierce your bubble of isolation. In short, they’re good at clearing up simple, less impactful noises, but not as effective coping with planes, trains and automobiles.

Battery life is quoted at 30 hours with both Bluetooth and noise-cancellation. It’s an impressive number, though it makes me wonder if the longevity of the battery life plays a reason why the ANC has a lighter, rather than stronger touch. Charging the 600mAh battery from dead to full only takes two hours.

There’s a Sennheiser app called Smart Control (available on Android and iOS), although how much control it offers is up for debate. There’s the option to fiddle with the equalizer to personalise treble and bass, but doing so creates an artificial sound. Other than checking the battery life and serving updates over-the-air, there’s little else. Sennheiser mentions a Podcast Mode, but I can’t see any sign of it. 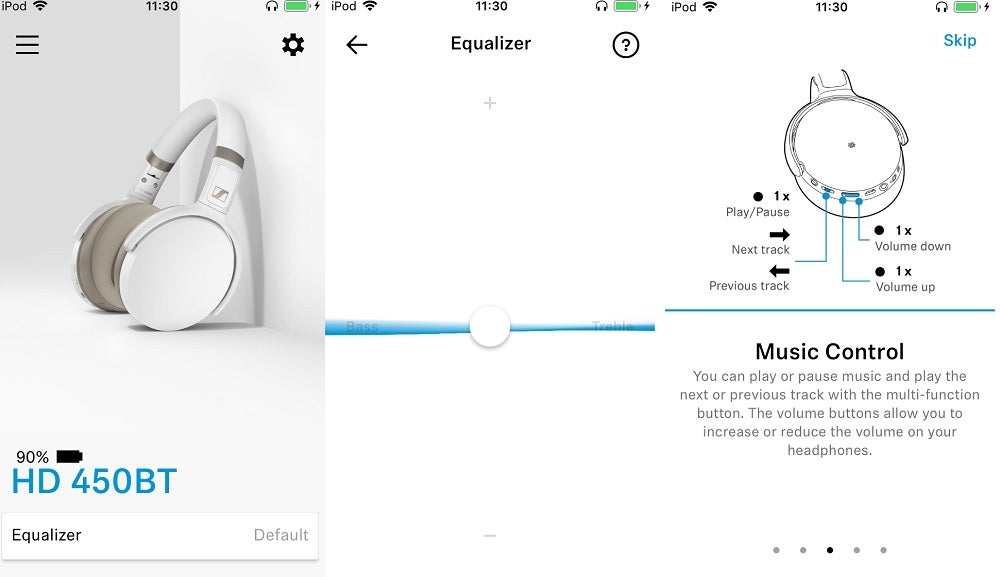 The Sennheiser puts in a performance that’s best described as smooth, uncomplicated and unfussy. The presentation is warm, and while the sound is likeable, they come up short in some aspects.

First on the menu is a Spotify stream of Childish Gambino’s Awaken, My Love album. The soundstage the HD 450BT is more compact than expansive, giving the impression of Gambino’s Riot feeling a little cluttered and enclosed. 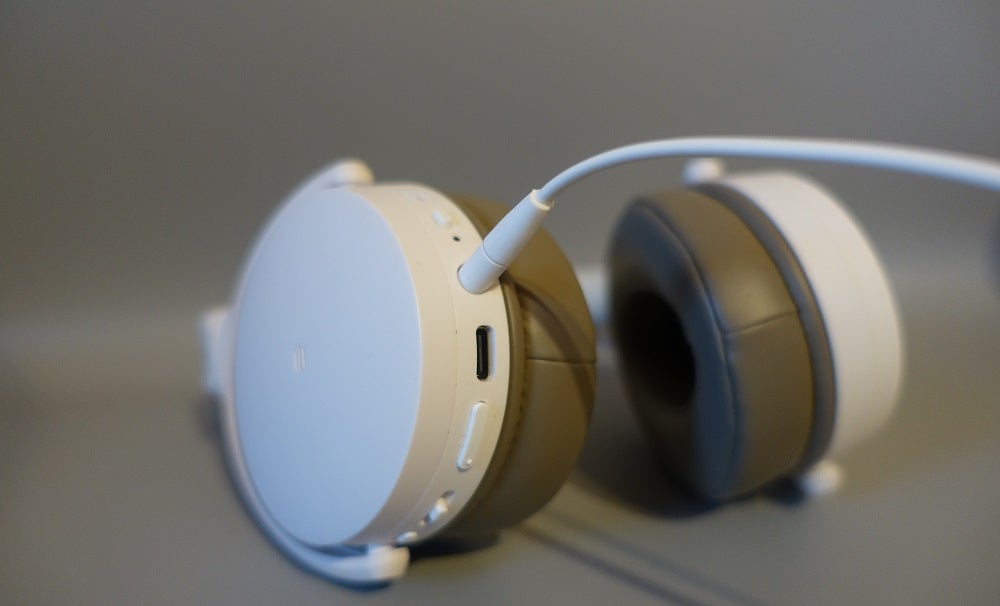 The warm tone does lend the presentation a thicker feel, so it’s not the most agile or most revealing. The choice to go for a warm sound does offer some benefits though. The Escape from Alexandre Desplat’s The Shape of Water score on TIDAL packs a nice sense of weight and heft in the bass region. 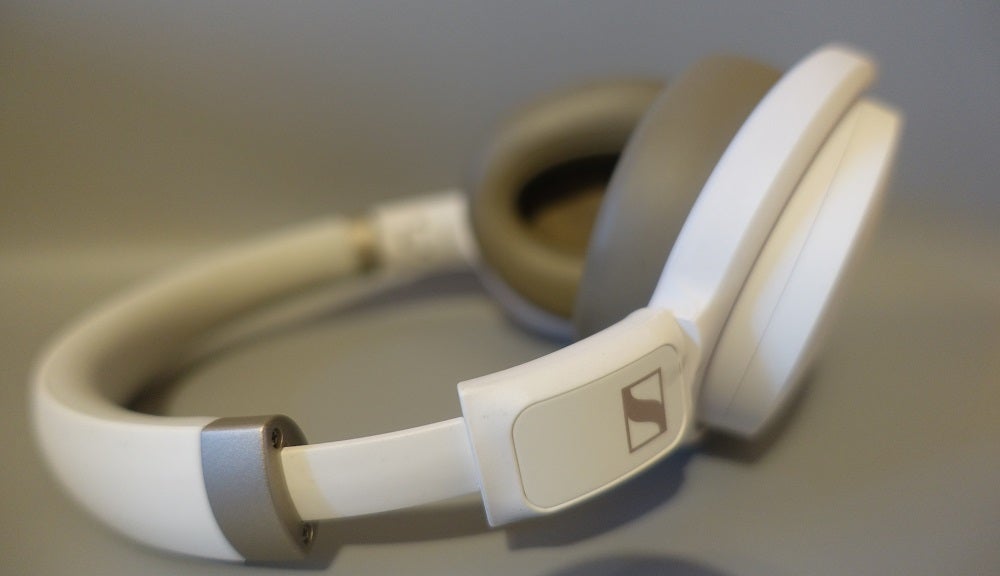 The Escape does serve to highlight some of the HD 450BT’s deficiencies – namely clarity and sharpness. Detail is good if not the crispest, and treble frequencies are sharp enough, though I’m still left with the feeling the upper frequencies ought to reach further, which affects the HD 450BT’s sense of dynamism. That said, at this price you’re not expecting audiophile quality and the HD 450BT’s sound is an amiable one.

If you’re a podcast lover, the HD 450BT perform decently, too. Audio sounds clear with no noticeable hiss or harshness to recordings and vocals come through without distortion. With ANC engaged, the midrange gets boosted further forward, which has the effect of making voices more prominent.

At £160 the Sennheisers are light on the purse strings

The HD 450BT won’t clear out too much noise, but they’re compact and the (plastic) build quality is solid enough that they won’t break easily either.

The Sennheisers top out at 30 hours, which is much more than the likes of Bose or even Sennheiser’s own Momentum Wireless 3.

The earcups on the HD 450BT aren’t the biggest, and that often leads to a tight feeling if you have bigger than average lugholes.

In terms of the audio they’re pretty solid for the price, and are more for the casual listener than audiophile.

The noise cancelling performance is not the most thorough, but that is indicative of the price. If you can nudge further towards the £200, there are more effective pairs. To get a satisfying ANC performance you will need to set your sights even higher than that.