What are the Urbanista New York?

The Urbanista New York are wireless noise-cancelling headphones, which are cheaper than alternatives such as the Bose QuietComfort 35 II or Sony WH-1000XM2. The New York headphones aren’t quite as good as those two rivals, but they offer an enjoyable sound with great sub-bass. In addition, they’re comfortable enough for all-day listening. 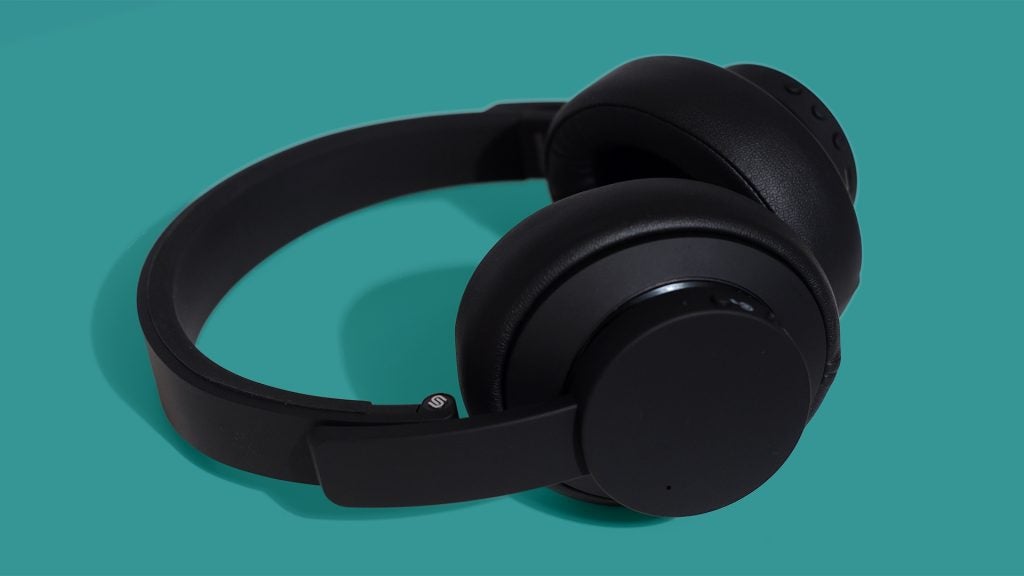 Urbanista knows how to make good-looking headphones. It does “styled minimalism” on a budget better than almost any other manufacturer in this market. The New York may be a bit more expensive than most other pairs in Urbanista’s lineup, but they sport a familiar look and feel.

These headphones appear to be a bigger version of the Urbanista Seattle, one of 2017’s best affordable wireless headphones. Aside from a sliver of glossy plastic where the cups swivel, they’re all-matte, all-black and fairly petite for a full-size headphone.

The backs of the cups jut out like little plastic pucks, making these headphones fairly recognisable considering their simplicity otherwise. 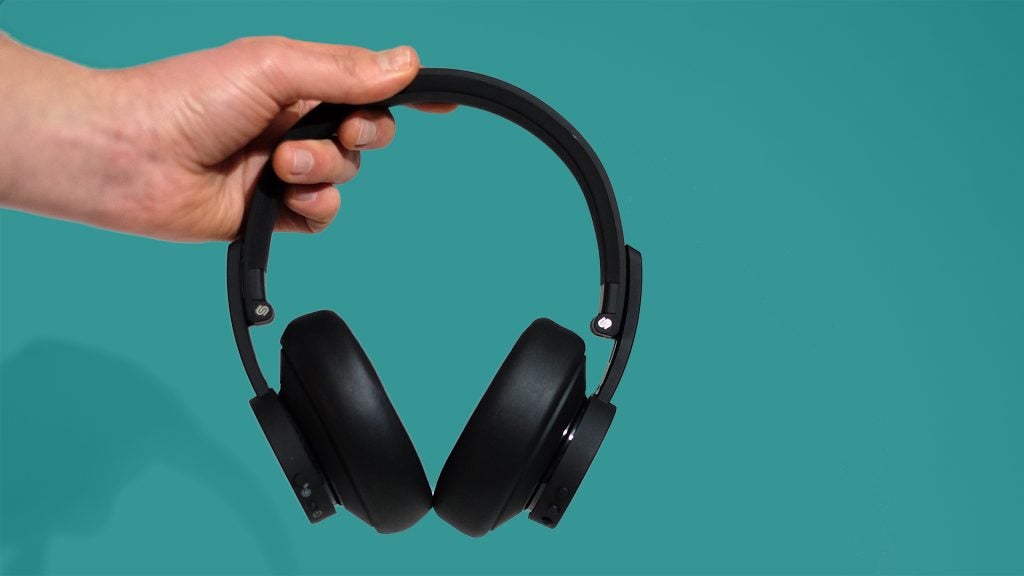 Construction next to the cheaper Seattle headphones is similar, but Urbanista has used a slightly more refined folding mechanism with the New York headphones. Like most other portable units, the cups fold up in the headband to make them more compact.

There’s a neat fabric carry case in the box, along with a now virtually redundant airplane adapter, an audio cable and a charge cable. 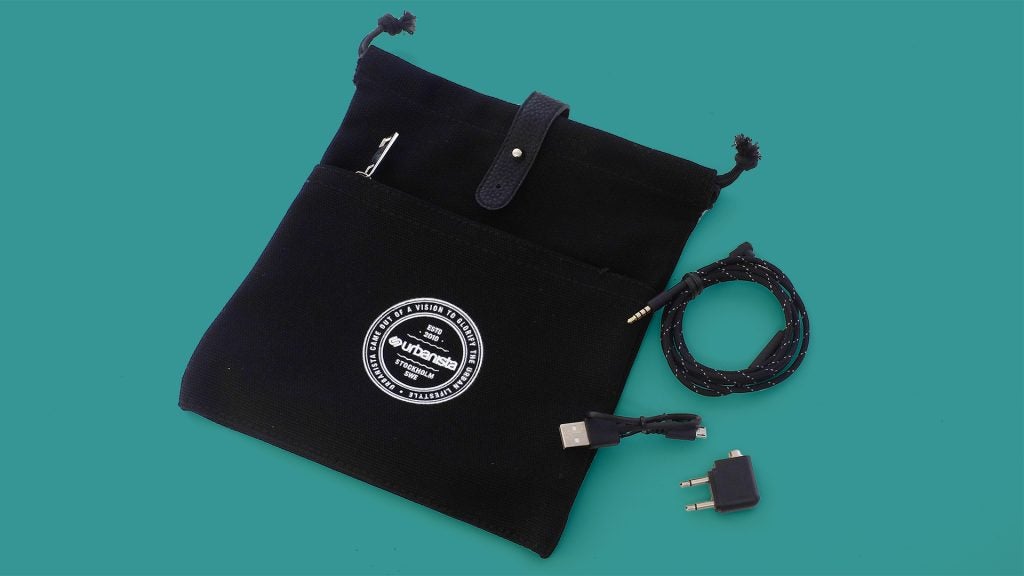 They have chunky memory foam pads and, unlike some memory foam headphones, you can actually see the slow spring-back action of the foam on pressing it down with a finger. This isn’t just a sliver of memory foam sitting on top of standard reflex foam. 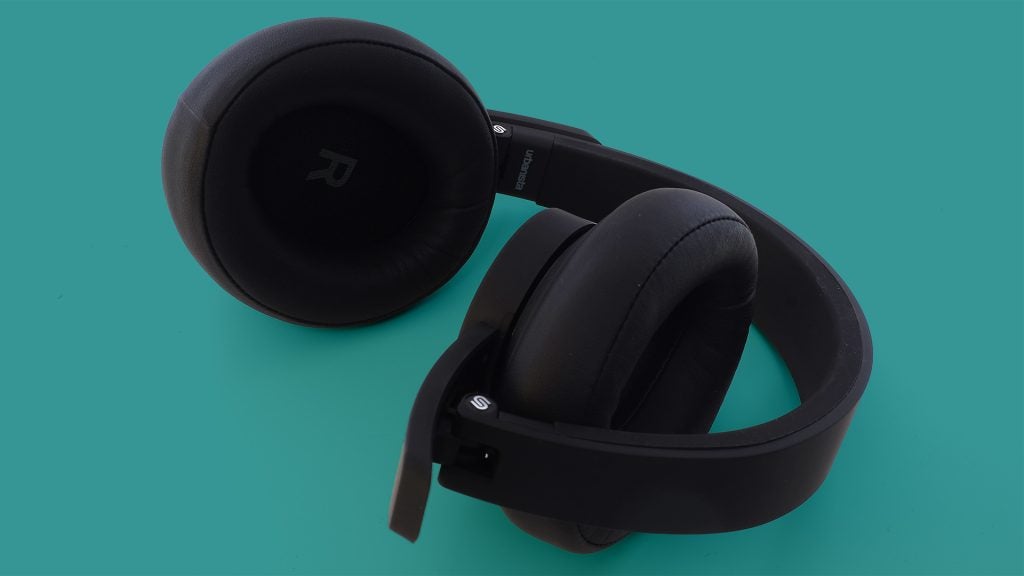 As such, they really do settle well on your head. The New York passed my usual comfort test of wearing them for 4-5 hours and assessing the discomfort afterwards. In this case: there was none.

The Urbanista New York also sport high-quality protein leather on their pads. This is a type of fake leather, but looks and feels very much like the real thing. To keep the slim, minimal look, the headband is padded with only a thin strip of spongy rubber. As a result, the force of the band on your crown doesn’t disappear entirely, although I can’t say I’ve particularly noticed it much either.

Now that wireless has become a more common addition, the Urbanista New York’s most interesting feature is active noise cancellation. You turn it on and off via a button on the left cup.

It creates a little more of a noise bed than pricier ANC headphones – just a very light hiss – and it does work up to a point. It isn’t as effective as the Bose QC35, which almost seem to physically separate you from the outside world.

The pinhole mics on the back of each cup also create a “whoosing” noise whenever it’s windy outside. But the noise cancellation here does at least stop the noise of buses and trains from encroaching on your music.

Those who occasionally want a pair of headphones to use without music, only with ANC, to tone down the noise in an office or a cafe would be better off saving for a Bose pair. At the time of review, you can pick up a wired Bose QuietComfort 25 for £179.99, which is a solid deal. 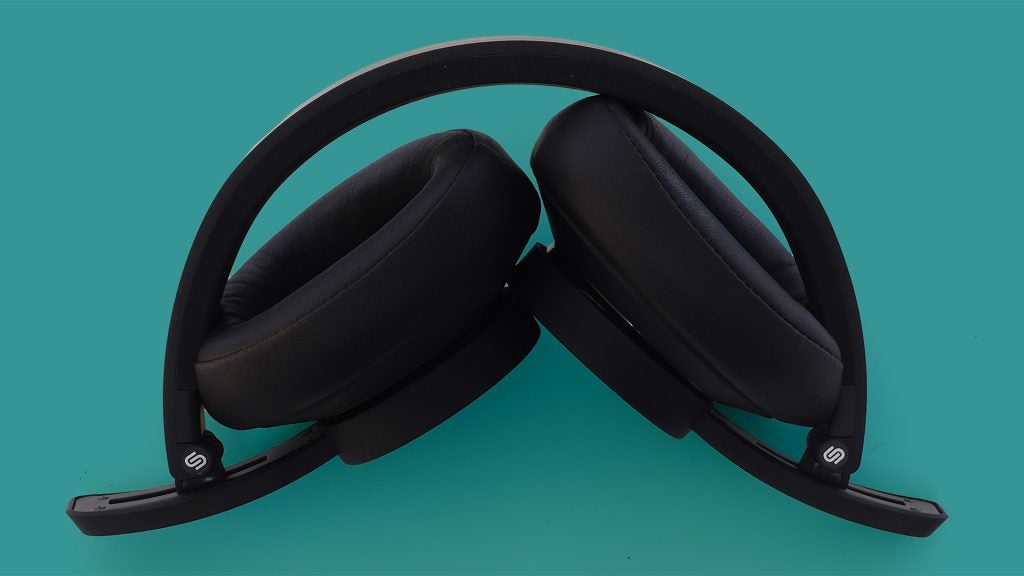 With active noise cancellation turned on, these headphones offer up to 16 hours of play time between charges, or 25 hours with the feature switched off.

Since there are no sensors here to judge whether you’re wearing the pair, and the ANC doesn’t auto-switch-off when there isn’t any music playing, you can easily run down the battery by leaving it enabled overnight.

The Urbanista New York’s wireless reliability is very good, however; better than that of the older Seattle pair in my experience.

Urbanista has also rejected touch controls in favour of more reliable buttons. On the right cup you’ll find three: two for volume, and the central one is a play/pause control. Multiple taps on the latter load up your phone’s digital assistant rather than changing tracks. As is the case with phones manufacturers choosing to leave out headphone jacks, this is progress that seems at odds with what people will actually find useful. 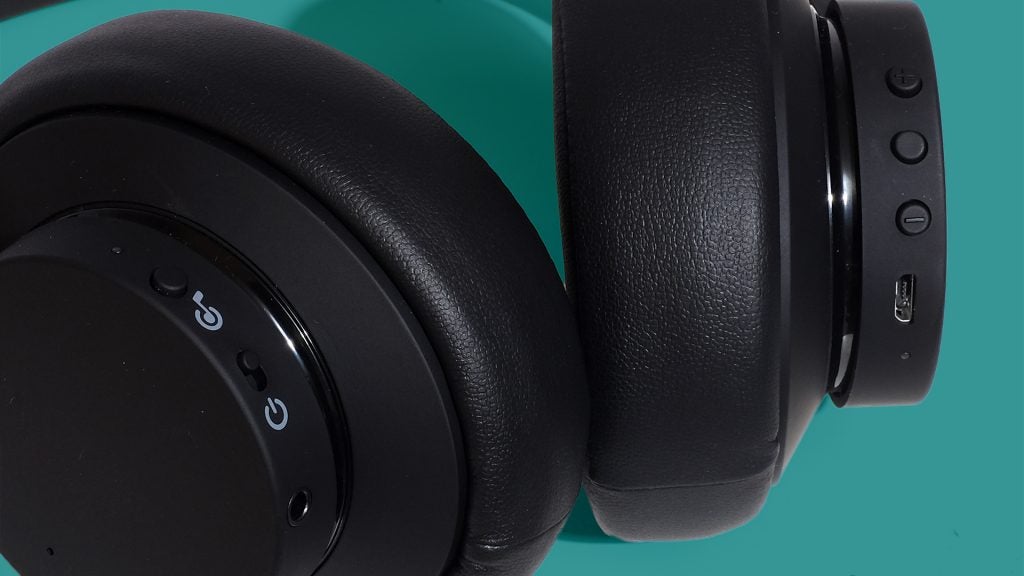 The Urbanista New York sound has me torn. In the main, this is because I recommended the Seattle headphones more than any other pair last year. In some ways, the New York are better; in others, they’re not.

Starting off with the good stuff. The Urbanista New York has some of the most powerful sub-bass you’ll hear in a headphone, regardless of price. This is the kind of bass a subwoofer creates in a surround sound system, causing the floor to vibrate and giving you goosebumps.

The level of sub-bass in the New York almost makes the Sennheiser Momentum 2.0 seem tame. And it also makes electronic music sound truly exciting. Over the past few months I’ve reviewed several headphones in this class, and none have made Photay’s “Onism” album sound as powerful and involving.

In addition, they make the sound of the pianist’s pedals in Philip Glass’ “Etude No. 2” more tangible than any headphone I’ve listened to recently. A little too much? Perhaps, but it shows this isn’t the kind of bass response that used to attract criticism in early Beats headphones. It’s smarter, less cloying. 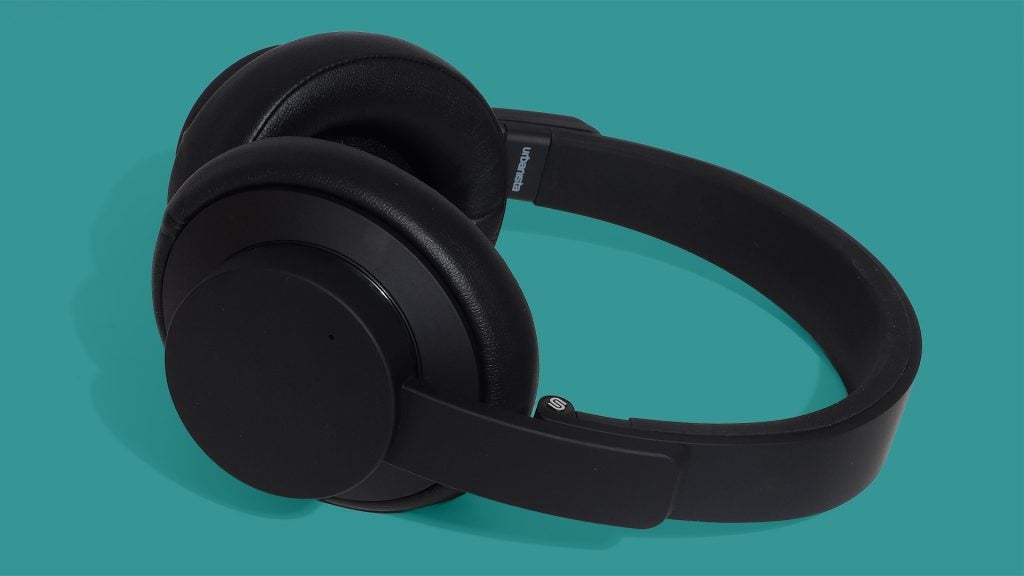 The great delivery of electronic music isn’t just down to the low-bass punch. The Urbanista New York also offer a great soundstage for the price and excellent stereo imaging, too, so that they’re able to make arrangements sound as epic as intended.

Power and scale are much better than is on display with the Urbanista Seattle, and most other alternatives near or at this price.

However, the trade-off became apparent on listening to the Urbanista New York for only a few seconds. Their treble and upper-mids are relatively soft, lacking the presence needed to balance out the bottom-heavy approach.

Bass is ferocious, but the higher frequencies are a little too tame. However, don’t take that to mean the mids and treble are inept. There’s detail there, and the tone is decent, but the New York would simply sound better with more spark.

The Urbanista Seattle sound less “dark”. Whenever I listen to a pair of headphones, I tend to latch onto the weak points, and they’re a little clearer here than in the on-ear version. However, the New York also have a wider, more expansive sound, and greater bass power. 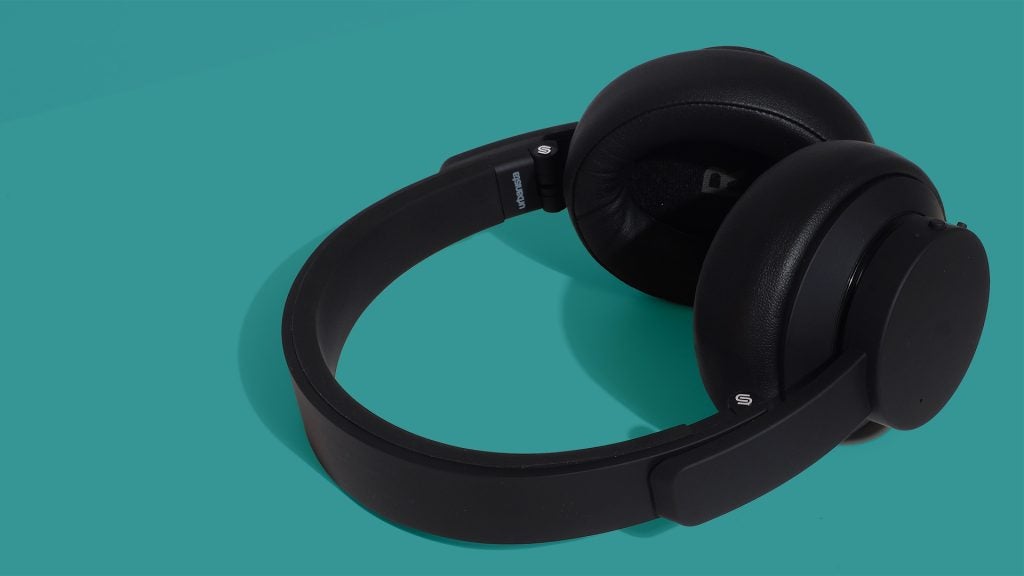 Why buy the Urbanista New York?

If you’re a fan of powerful bass, or even want a set of headphones for workouts, the Urbanista New York are great. The power they inject into beat-led music is super-enjoyable – and, unlike some bass-heavy headphones, the sound isn’t left struggling in a bass swamp.

They’d sound better with greater definition in the upper-mids and treble, though. This would also mean they stand up against headphones costing twice their price.

The only other point of concern is is active noise cancellation. It works, but it isn’t close to Bose’s level of effectiveness.

The Urbanista New York are comfortable, smart-looking headphones offering powerful bass – but they could do with more treble and mid-range bite